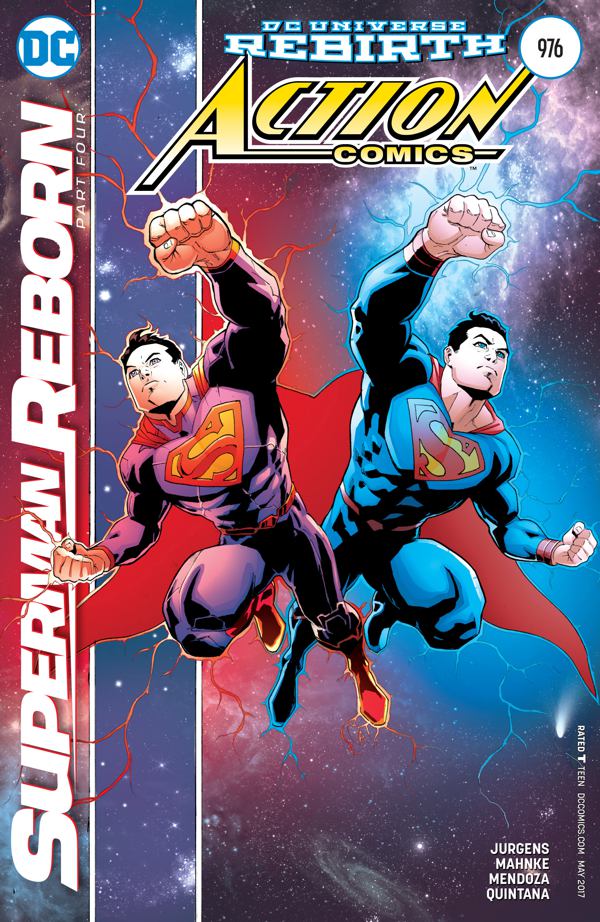 “SUPERMAN REBORN” finale! As this epic tale wraps up, Superman’s life is drastically changed…and that’s all we are saying for now-except that you won’t want to miss it! The covers by Patrick Gleason and Mick Gray and the variant covers by Gary Frank for SUPERMAN #18-19 and ACTION COMICS #975-976 will connect to form a single vertical image.

Why It’s Hot: The biggest Superman story of the Rebirth era comes to an end, and the Man (Men?) Of Steel will never be the same again! If you were to tell me last year that the Superman line of comics would be among the very best in the business, and that Dan Jurgens appears to have turned back the clock twenty years, I would have refused to believe it. Alas, here we are, and this fan of the big blue Boy Scout couldn’t be happier. 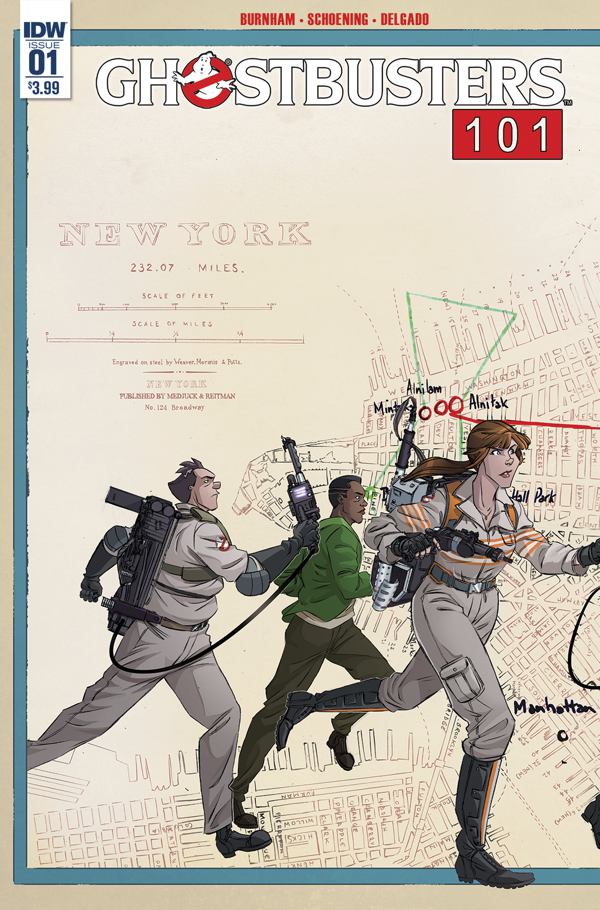 “Let’s Do The Space-Warp Again!”

Before they began investigating the supernatural, most of the original Ghostbusters were teachers… and they’ve decided it’s time they start sharing their knowledge again. But when their first batch of students start poking around the firehouse and accidentally set in motion the merging of two universes (it’s easier than you’d think) Venkman, Stantz, Zeddemore, and Spengler will need all the help they can get to put things right! And who do you think will Answer The Call? (If you guessed Holtzmann, Yates, Tolan, and Gilbert… you get a gold star!) It’s a brand new inter-dimensional meeting of the minds, starting here!

Why It’s Hot: The original Ghostbusters lineup meets the newest iteration of the team from the 2016 blockbuster movie. Ah, the beauty of comic books. 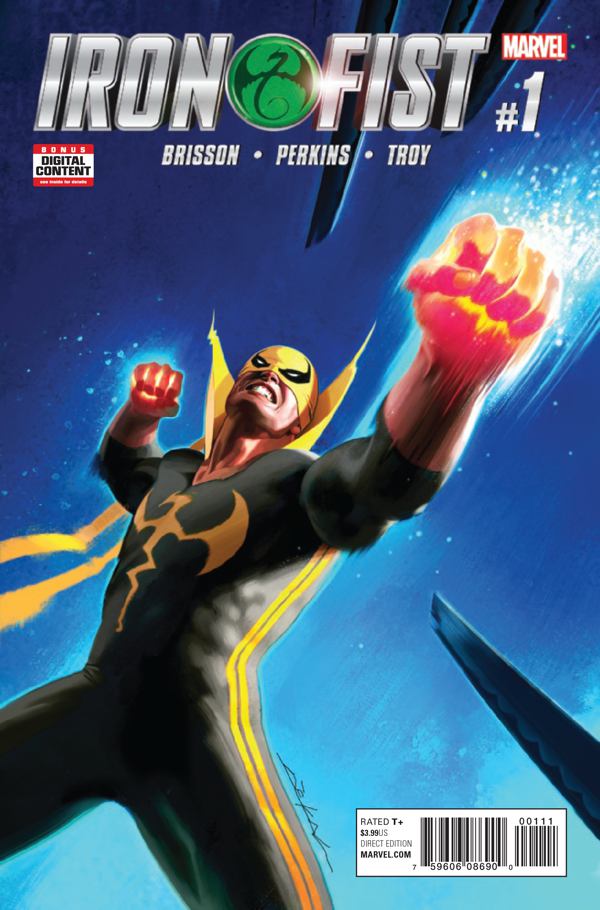 K’un Lun is in ruins. The chi fueling Danny’s fists is wavering. Is there a future for the Iron Fist? Danny Rand pushes himself to the breaking point, finding fights to prove his worth. But a bigger fight than he can handle may have found him…

Why It’s Hot: Danny Rand gets a new solo comic book series just days after becoming the newest Netflix star. While the show had its problems, and narrowly avoided disaster, the team of Ed Brisson and Mike Perkins look poised to make this version of Iron Fist a winner. Brisson, in particular, has been on a roll with his Bullseye series coming out of the gates as one of the strongest debuts of the year so far. With a veteran art team anchored by Mike Perkins joining Brisson, there’s reason to think Iron Fist will be pretty darn good. 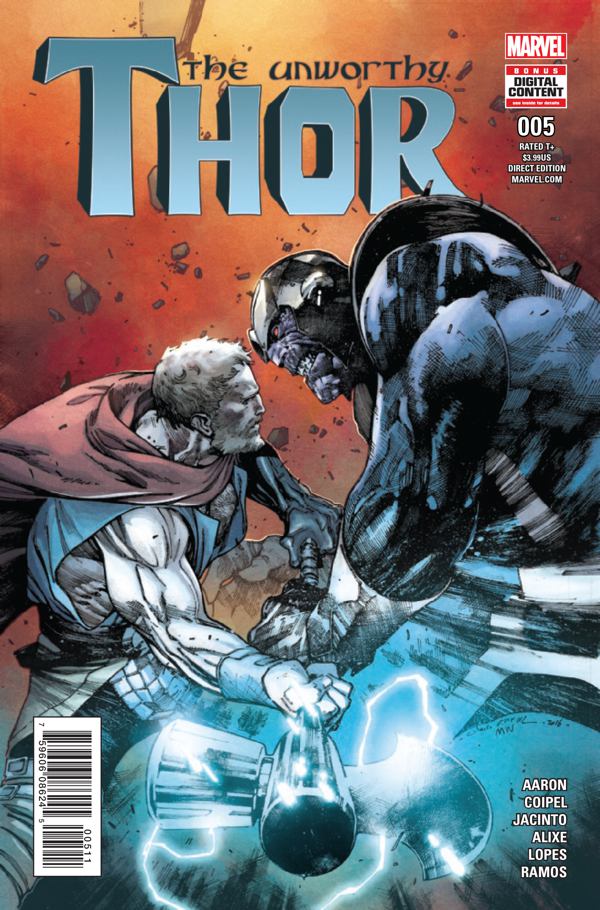 • The hammer of the Ultimate Thor is finally within reach of Asgard’s fallen son.

•  Is redemption finally at hand?

•  No matter what happens next, life will never be the same for the Odinson.

Why It’s Hot: Jason Aaron’s epic Thor run reaches another turning point! The moment that is literally years in the making is upon us. The contents of Nick Fury’s whisper from the end of Original Sin will finally be revealed. What did Fury say to Odinson, and why did it make the former God of Thunder unworthy of Mjlonir and the power of Thor? Who will wield the power of the Ultimate Universe’s Mjolnir? What will this mean for all the characters going forward? 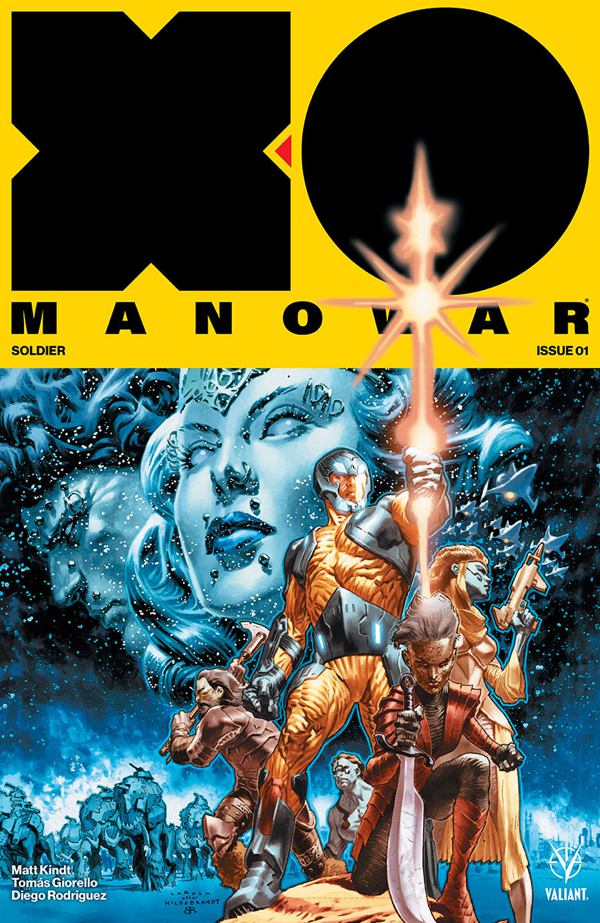 Born under the oppressive thumb of the Roman Empire, Aric of Dacia learned warfare at an early age.

It was amid such violence that he was abducted by an alien race. Forced into slavery, he survived where others perished. His escape would come from bonding with a weapon of immeasurable power: the X-O Manowar armor. With it, he returned to Earth…only to find himself stranded in the modern day.

But that was a lifetime ago. Now, far from home on a strange and primitive new world, Aric has begun a new life. Liberated from his past, he tends to his crops. Free from war. Free from violence. Free from the armor.

But the machinery of death marches his way once again. Conscripted into an alien army and thrown into an unforgiving conflict, the fury inside him finds voice as he is forced to embrace the armor once more. With it, he will decimate armies, topple empires and incite interplanetary warfare as he rises from SOLDIER to GENERAL to EMPEROR to VISIGOTH.

They wanted a weapon. He will give them war!

Why It’s Hot: Valiant’s flagship title is getting the relaunch treatment courtesy of the great Matt Kindt, and the soon to be household name, Tomas Giorello. Valiant themselves have been really excited for this series over the past few months to the point where this feels like it will be the company’s biggest launch of the year. That excitement has proven to be contagious, as fans and retailers alike have been buzzing about what this series has in store. Needless to say, if you didn’t read any of the previous series now is the perfect time to jump aboard.