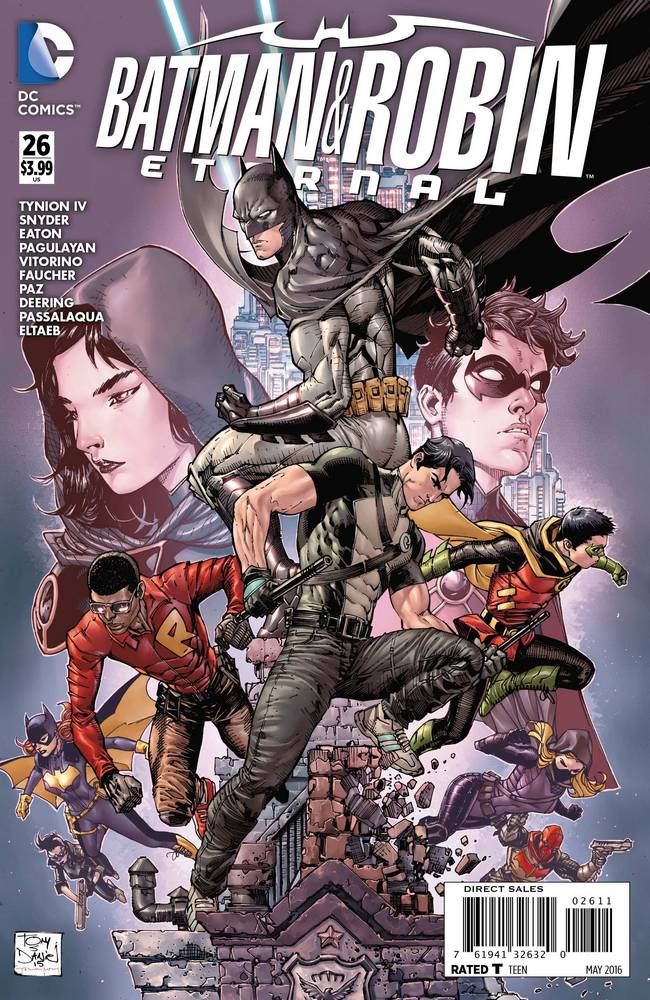 It’s the catastrophic conclusion of the acclaimed weekly series that brings together all of Batman’s one-time partners! Mother’s trap has been sprung, and the whole world is feeling her wrath! Can Dick Grayson pull together his allies to fight an entire army of foes? Is one among them still under Mother’s control? And what will become of Cassandra Cain? You won’t believe how huge this battle can become!

Why It’s Hot: Batman and Robin Eternal has been a blast. Bringing together the bat-family, commenting on the legacy of the Robin identity, a solid mystery, a great creative team throughout, the introduction of Cassie Cain, and more Midnighter have made the weekly series a pleasure to keep up on. Knowing that Tynion will be taking over Detective Comics for DC Rebirth, and bringing many of these characters along with him is exciting. 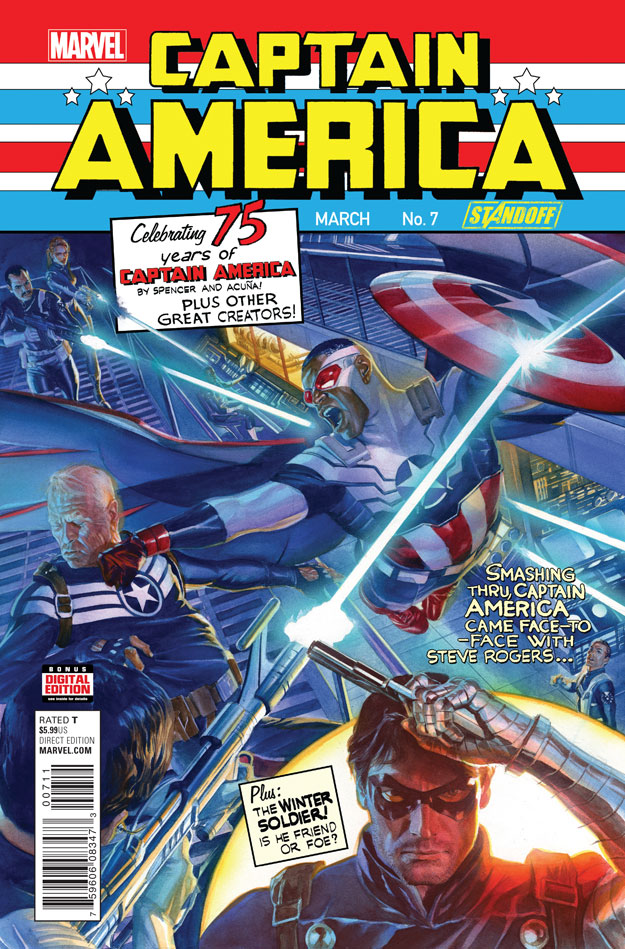 ENORMOUS 75th ANNIVERSARY ISSUE!
AN AVENGERS STANDOFF tie-in!
•  Since World War II, Steve Rogers has wielded his red, white and blue shield against unspeakable odds. When he fell, his brother in arms, Bucky Barnes, picked it up. When it was time to rest, he handed it to his good friend, Sam Wilson. But now Steve will be asked to wield it one last time, against a foe so deadly he knows it could very well be his final stand.
•  Commemorating the 75th Anniversary of Marvel’s Sentinel of Liberty with a story of Captain Americas present and former — with this explosive, world-changing chapter in the blockbuster spring Avengers event, STANDOFF.
•  Plus, stories celebrating the legacy and legend of Captain America throughout history, by Greg Rucka & Mike Perkins; Tim Sale; & John Cassaday

Why It’s Hot: Nick Spencer, and Daniel Acuña have been telling a classic feeling Captain America story with modern trappings, and Sam Wilson wielding the shield. The events of this series have helped lead to the Avengers: Standoff crossover that’s running through the Avengers Family of titles right now. This is an important series for Marvel, and Cap is an important character. This 75th Anniversary issue appears to be a true celebration of Captain America’s enduring legacy. There’s the main story that continues the well received Standoff, and then backup stories featuring more super talent. Greg Rucka, and Mike Perkins? Tim Sale? JOSS WHEDON AND JOHN CASSADAY!? This issue definitely looks like it is going to honor the mantle of Captain America in style. 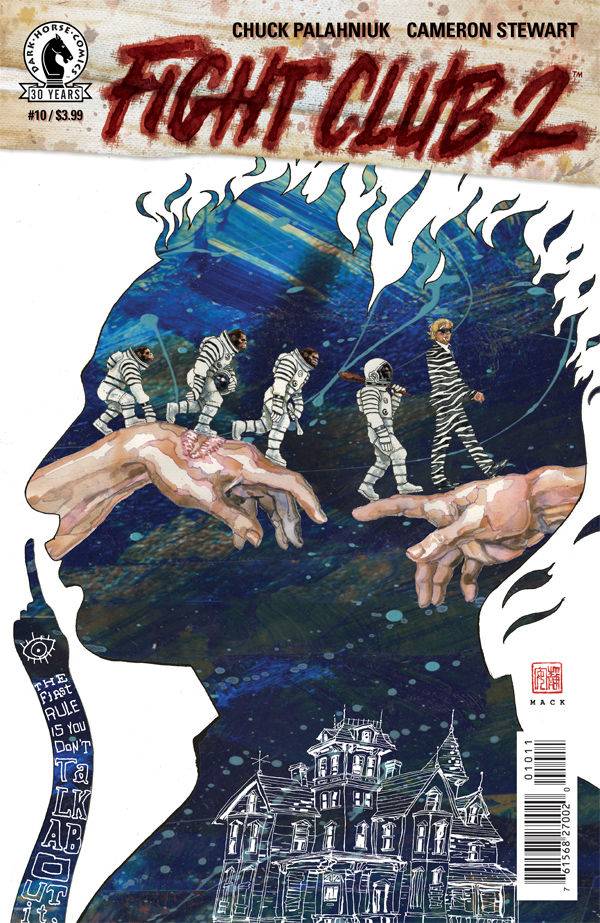 The most highly anticipated comics series of the year ends in the biggest way possible-the whole world burns away according to Tyler’s plan, and a new one he never anticipated is conceived. The meek inherit the Earth, and a final showdown proves that, finally, Roland Barthes is right!

Why It’s Hot: Fight Club 2 is a sequel that nobody was expecting. To see Chuck Palahniuk make his comic book debut with the project was even more stunning. If anything this series is a true testament to how far the medium we all love has come in the eyes of the general public. Joining Palahniuk was the perfect creative partner in Cameron Stewart, whose art isn’t only stunning, but his storytelling skills were perfect to help Palahniuk transform his genius into comic compatible form. The results have been great, and now sadly it’s time for the story to end. I can only imagine how crazy this is going to be. 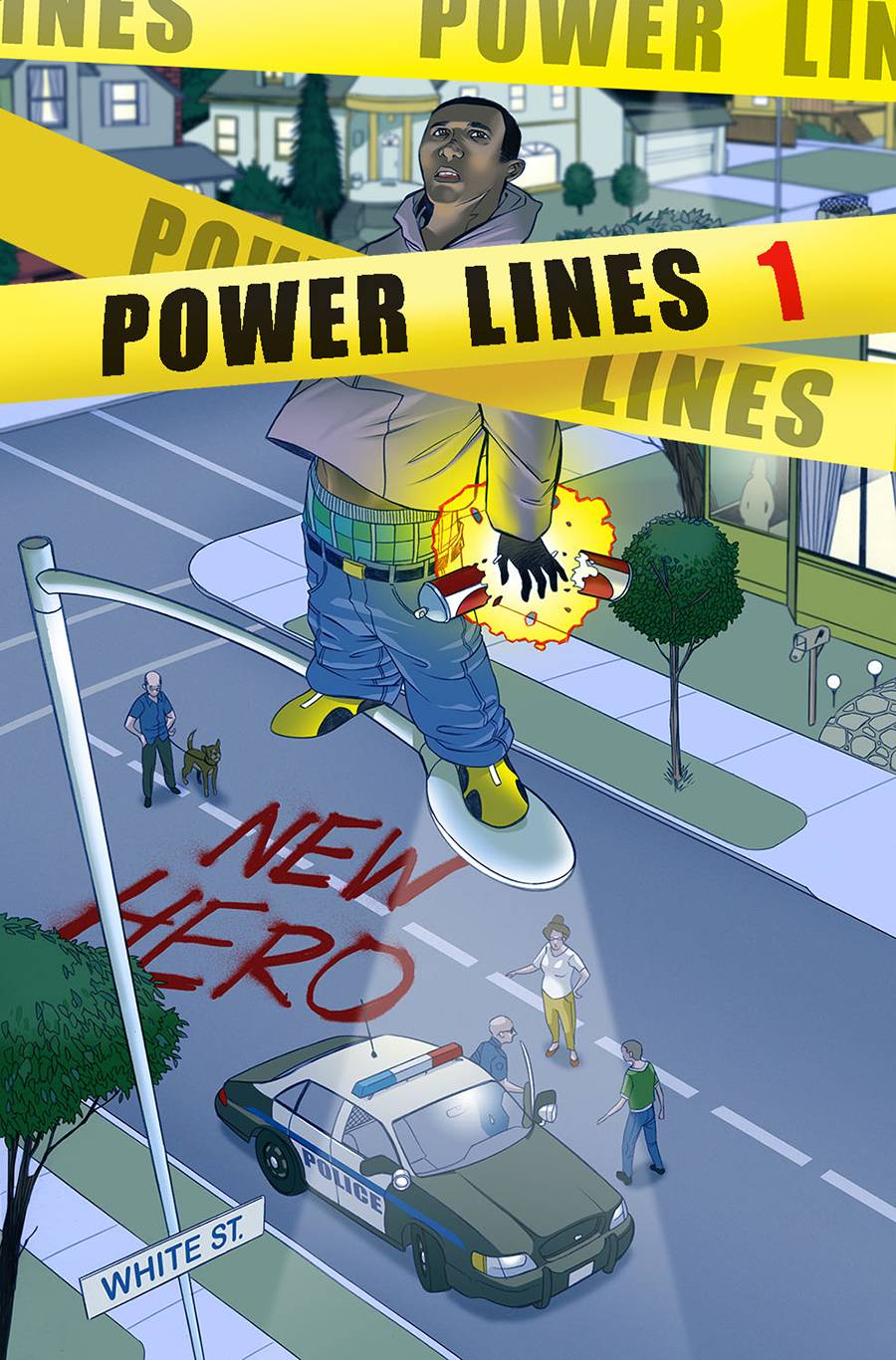 “Street Hero”
A local street hood surviving in a crime-infested ghetto has his life turned around when an ancient magic grants him superhuman powers-except his ability only activates in an upscale white community that may not accept him.

Why It’s Hot: I had never heard of this series until this past weekend at WonderCon. I was at one of Image’s panels, and Jimmie Robinson was on the panelists. The concept was fascinating, and hearing him discuss the series put it on my radar instantly. A black kid gets powers that only activate while he’s in a rich, predominantly white neighborhood. Then a middle aged white woman gets powers that can only be used in the poor, predominantly black neighborhood. It feels like such a simple concept that has so much storytelling potential. It was clear that Robinson was excited about this series, and his enthusiasm was contagious. Socially conscious comics are something the industry needs more of. To hear Robinson discuss having a platform to tell important stories, but not wanting to come off as preachy, and avoiding that by having the characters guide the story just sounded right. I’m excited to give Power Lines a shot, and to do my part in making sure you know it exists. 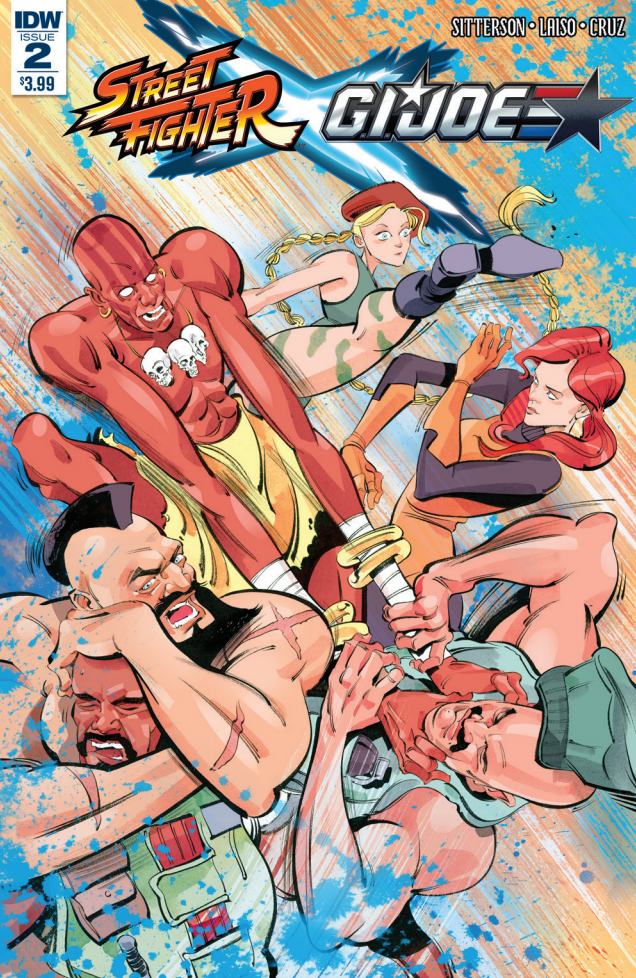 The second day of the tournament pitting Street Fighter vs. G.I. JOE begins! Destro and M. Bison team up to provide Cobra with the ultimate weapon… but Guile, Snake Eyes, Ryu and Storm Shadow have a plan of their own to stop the Shadaloo tyrant. The World Warrior tournament heats up for the Street Fighter team and G.I. JOE alike!

Why It’s Hot: The first issue of this series was so much fun. It was a fighting game brought to the comic page. Laiso’s panel layouts looking like they were taken straight out of a Street Fighter game, and Sitterson’s love of pro wrestling shining through in the detailed storytelling through action combined to make for an extremely entertaining first issue. If you’re a fan of the properties it’s a must read, and you’re probably already reading. If you aren’t reading, flip through an issue to get a glimpse of the kinetic energy that the creators bring to the table. There’s a good chance you end up buying it.