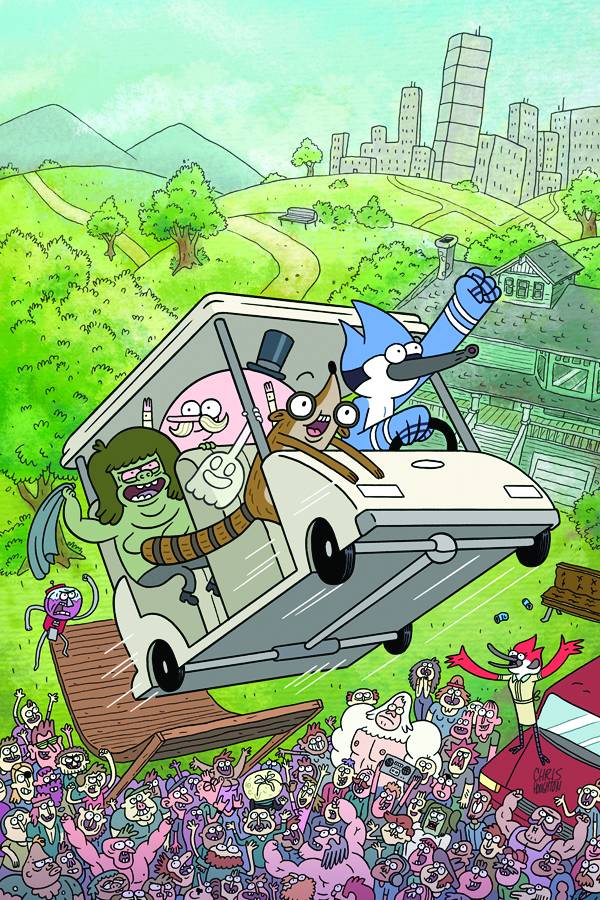 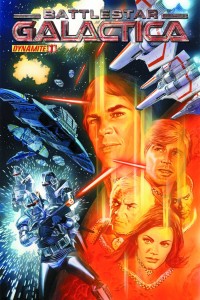 MEMORIAL: Part 1! 2013 marks the 35th anniversary of the original Battlestar Galactica TV series and to celebrate Dynamite is launching a brand new series, written by cosmic supremos, Dan Abnett & Andy Lanning (Legion, Nova, Guardians of the Galaxy)!  Set in classic BSG continuity, this series celebrates 35 years of epic space opera when, following a surprise Cylon attack, Adama and the crew of the Galactica are forced to deploy Dr Zee’s experimental temporal weapons with unexpected results that leave Apollo and Starbuck lost in time and space in an alternate reality with no Galactica and no way of returning home!

Why It’s Hot: Take two creators known for brilliant space opera, add an old school space opera property, mix well, and you might just have another hit on your hands. Dark Horse Comics’ re-commitment to the original Star Wars Trilogy has proven you can go home again. Dynamite Entertainment just might be bringing us back for a second trip. 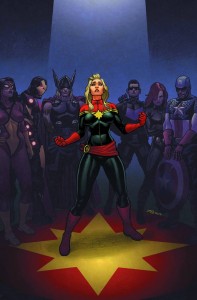 THE OPENING SALVO TO THE HOTLY ANTICIPATED AVENGERS/CAPTAIN MARVEL FOUR PART EVENT!
Can’t keep a good Captain down! Vicious echoes of the Avengers’ past are cropping up all over Manhattan…and a grounded Captain Marvel refuses to be left behind. Who is the sinister figure behind these incursions and what does it have to do with Carol Danvers’ mysterious condition? But is this villain real or just a figment of Captain Marvel’s increasingly deadly imagination?

Why It’s Hot: Captain Marvel has been a critical darling the last year, but certainly hasn’t achieved the sales it deserves. That all should change now. The first major crossover of Marvel NOW! begins… now! 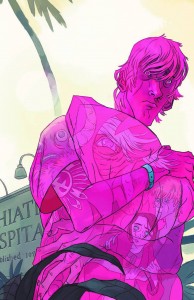 “PART ONE.”
A double-size issue to kick off a new sci-fi series from Nathan Edmondson and newcomer Konstantin Novosadov.  Haunted by recurring dreams, a boy named Winslow is hunted by mysterious beings and protected by an old traveler.  Soon Winslow will realize that what is in his dreams is what the rest of the world has been made to forget–and what strange entities will stop at nothing to erase from his mind.

Why It’s Hot: Comicosity recently spoke to Nathan Edmondson about his new creator-owned six-part mini-series and it’s looking like another solid win for Image Comics. If you were a fan of Where is Jake Ellis? Or The Activity, then you’ll want to check this out. 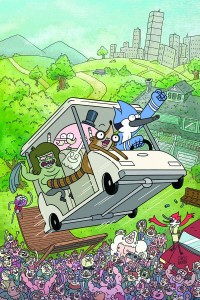 REGULAR SHOW… IT’S ANYTHING BUT! Cartoon Network’s powerhouse series now has its own comic book series! Hot on the heels of the smash hit adaptation, ADVENTURE TIME, KaBOOM! unveils the next all-ages comic phenomenon! Join Mordecai the Bluejay and Rigby the Raccoon, a couple of best bros in their twenties just tryin’ to chill for a bit, man. But when you’re livin’ in as crazy a world as they are, no day can be called…regular! Ask your retailer about the pre-order variant by Chris Houghton (ADVENTURE TIME, REED GUNTHER) and the incentive variant by Dustin Nguyen (BATMAN, L’IL GOTHAM)!

Why It’s Hot: If you love Adventure Time, or stuff that you can laugh at without feeling like you’re being talked down to, Regular Show is your next instant buy. BOOM has been putting out an eclectic set of titles, as discussed in the recent We Talk Comics podcast, and this title is no exception! 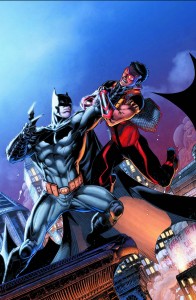 Why is Vibe battling Batman? Our hero is in way over his head when he’s forced to turn against A.R.G.U.S.!

Why It’s Hot: With the first few pages of this issue, we are introduced to hero handler Dale Gunn’s husband, confirming that Vibe may host one of comics’ most subtly diverse casts today. But even beyond that quiet reveal, the real treat here is that Vibe is just a honest kid trying to do the right thing in what has been a consistently upbeat teen title for the New 52. And that doesn’t even account for all the crazy multiversal clues going on in the background of A.R.G.U.S.

Everyone I know who’s tried this book has LOVED it. Detractors have almost universally never even picked up a single issue. Check the book out. I promise you, it’s worth it!