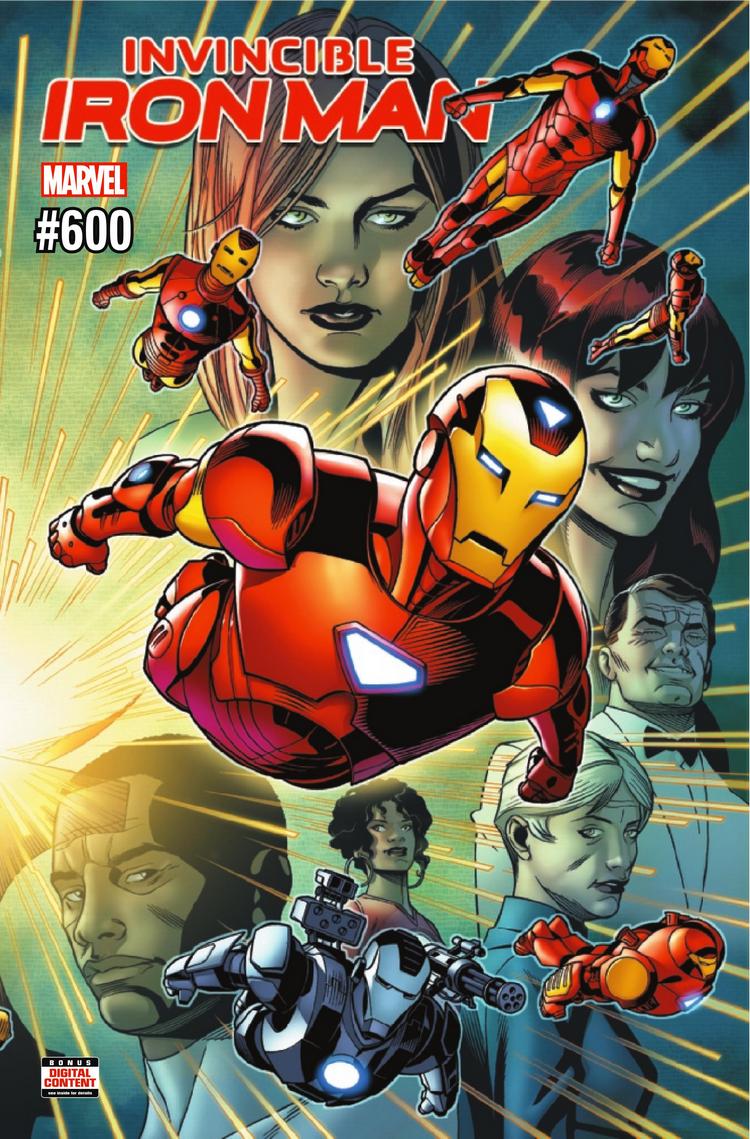 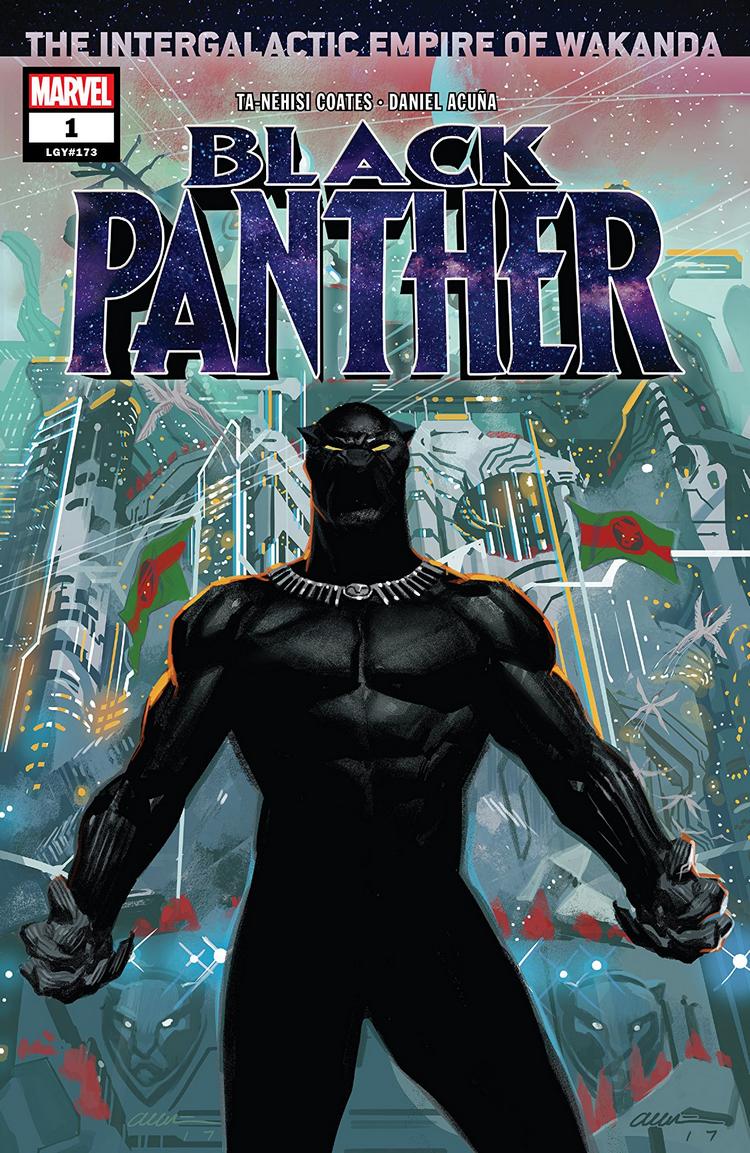 A bold new direction for the Black Panther! For years, T’Challa has fought off invaders from his homeland, protecting Wakanda from everything from meddling governments to long-lost gods. Now, he will discover that Wakanda is much bigger than he ever dreamed…

Across the vast Multiverse lies an empire founded in T’Challa’s name. Readers caught a glimpse of it in MARVEL LEGACY #1. Now find out the truth behind the Intergalactic Empire of Wakanda!
Ta-Nehisi Coates welcomes aboard fan-favorite artist Daniel Acuña for a Black Panther story unlike any other!

Why It’s Hot: 2018 as become the year of Black Panther.. Thanks to major roles in two of the biggest movies of all time, the character has become a cultural phenomenon, and a pop culture icon. Now Ta-Nehisi Coates takes Wakanda to the next level by introducing the Wakandan Intergalactic Empire. That’s right, T’Challa goes to space, as the story teased in last year’s Marvel Legacy one-shot begins here! 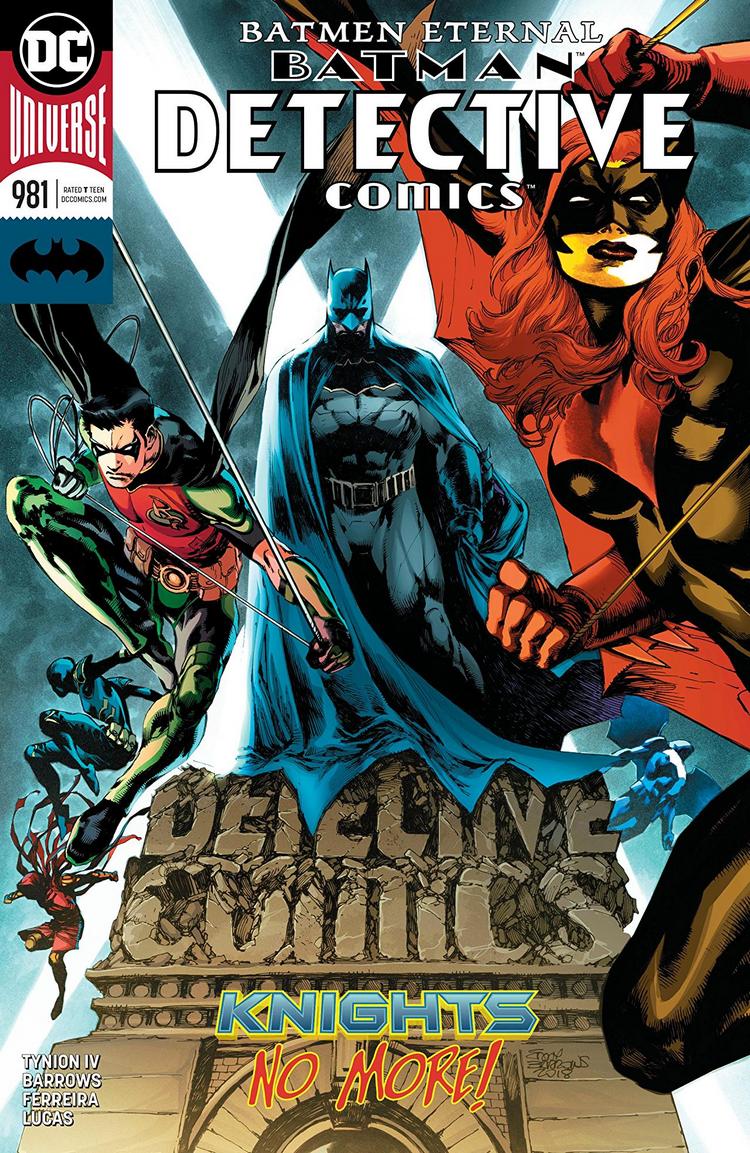 Batmen Eternal” finale! This is it – the unbelievable conclusion of James Tynion IV’s Batman epic! It’s the last stand of the Gotham Knights, fighting a monster they helped inspire… and a destiny they won’t accept! What will become of the greatest crime-fighting team Gotham City ever saw?

Why It’s Hot: After several years of co-writing Batman comics James Tynion took over Detective Comics when DC Rebirth started almost two years ago. The scribe finally had a bat-book all to himself, and he made the most of it. Tynion made his mark by shifting the focus away from Batman and onto a new team featuring several fan favorite characters that had been underused in recent years. Whether it was Batwoman leading the recruits, Cassie Cain returning full time to the DCU, or Clayface getting a chance to shine this run on one of the longest running comic books around felt different. Now it’s time to say goodbye and I’m sure this creative team will be leaving with a bang. 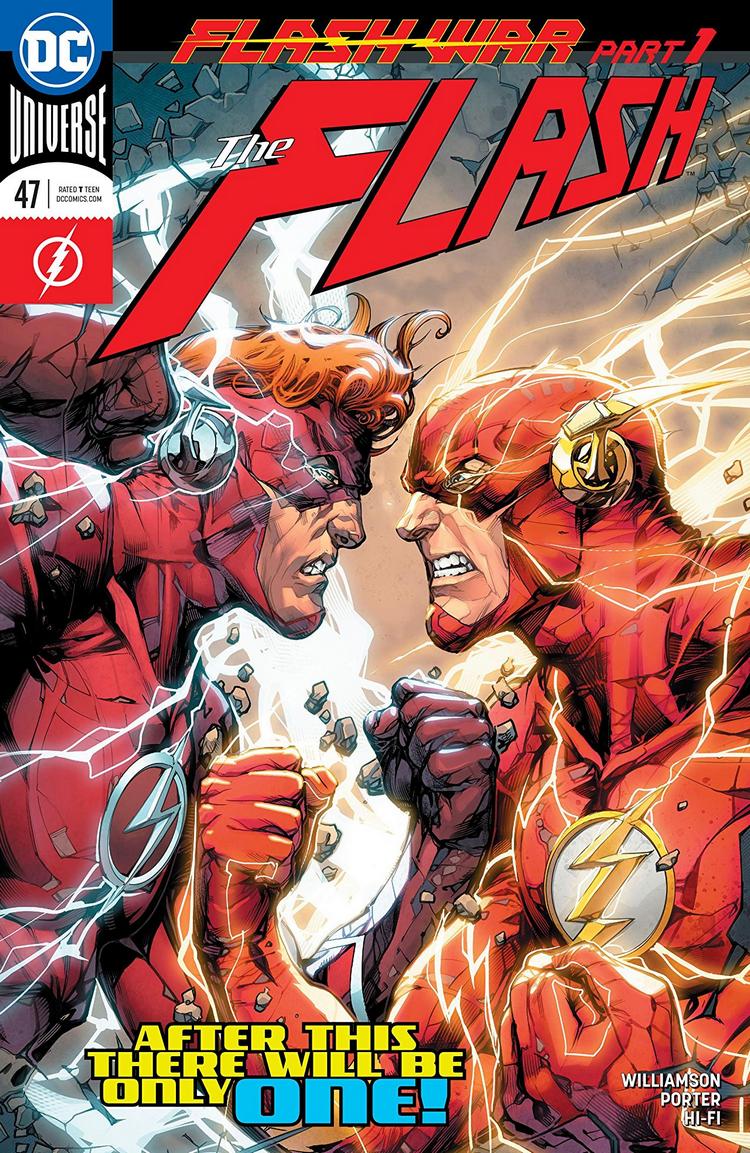 “FLASH WAR” part one! Barry Allen and Wally West… at war?! The long-rising tension between mentor and former sidekick is brought to a head when the Renegades of the 25th century come to claim Iris West for the murder of Eobard Thawne… but that’s only the beginning of a plot that will change the future of The Flash forever! By the end, it will be Flash versus Flash in a mythology-shaking event!

Why It’s Hot: Flash War is here, and the DC Universe will never be the same again. After months of build up and tension Hunter Solomon makes his move. What can Zoom possibly do to cause the Barry/Wally friendship to come apart at the seams? The answer will shock you!

Tony Stark is back, but in what form? At least five huge surprises await new and old fans alike. Industry legend Brian Michael Bendis drops his final Marvel Comic to end an era, and he’s going out big! This super-sized anniversary extravaganza features artistic contributions from a bevy of Bendis’ collaborators from over the years, including Jim Cheung, David Marquez, Mike Deodato Jr., Mark Bagley, Leinil Francis Yu, Daniel Acuña and a few other surprises! All this and a huge new villain arises! And the futures of Tony, Riri Williams and Victor Von Doom are all revealed!

Why It’s Hot: A week before his Superman run launches in earnest over at DC, the final Marvel comic book written by Brian Bendis hits the stands with a super sized anniversary issue of Invincible Iron Man. It’s the end of an era as Bendis’ two decade reign atop Marvel comes to an end, but he’s not going out quietly. You can expect big moments that not only wrap up his run, but sets up the future of the Marvel Universe in exciting ways. Oh, and you can expect one of the biggest mistakes of his entire career to be rectified. Even if you haven’t been reading this comic it’s worth the read to see how Bendis says goodbye. Thanks for the memories Brian, and here’s to many more at DC. 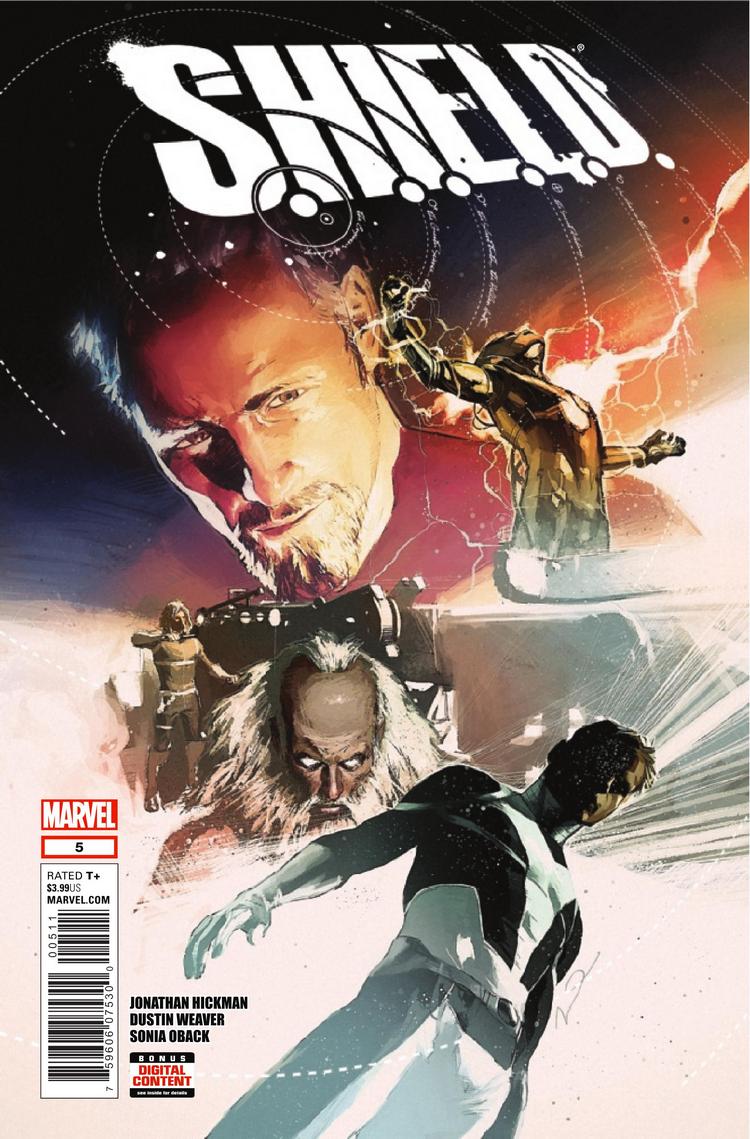 • Jonathan Hickman and Dustin Weaver’s unfinished epic of 2010-2011 finally gets its conclusion!

• The Brotherhood of the Shield is made of the likes of Da Vinci, Stark, Tesla and Richards, but they’re in trouble.

• Sir Issac Newton stands with his foot on the world’s throat and no one can stop him!

• The battle that decides our present is waged in the future!

Why It’s Hot: SHIELD is back! Picking up EXACTLY where the comic left off almost seven years ago, Jonathan Hickman and Dustin Weaver return to Marvel to complete their epic story. With Leonid, Howard Stark, Nikola Tesla, Nostradamus, the three brothers, and our hero Leonid off to stop Issac Newton in three possible futures this issue is everything you could have possibly wanted from this issue. The issue features an amazing narrative structure that is carried by the magnificent Dustin Weaver art. Did I mention there’s a new Marvel comic with JONATHAN HICKMAN’s name on the cover? With Leonardo Da Vinci showing up recently in another Marvel title the end of this comic may hold a key to the future of the Marvel Universe!