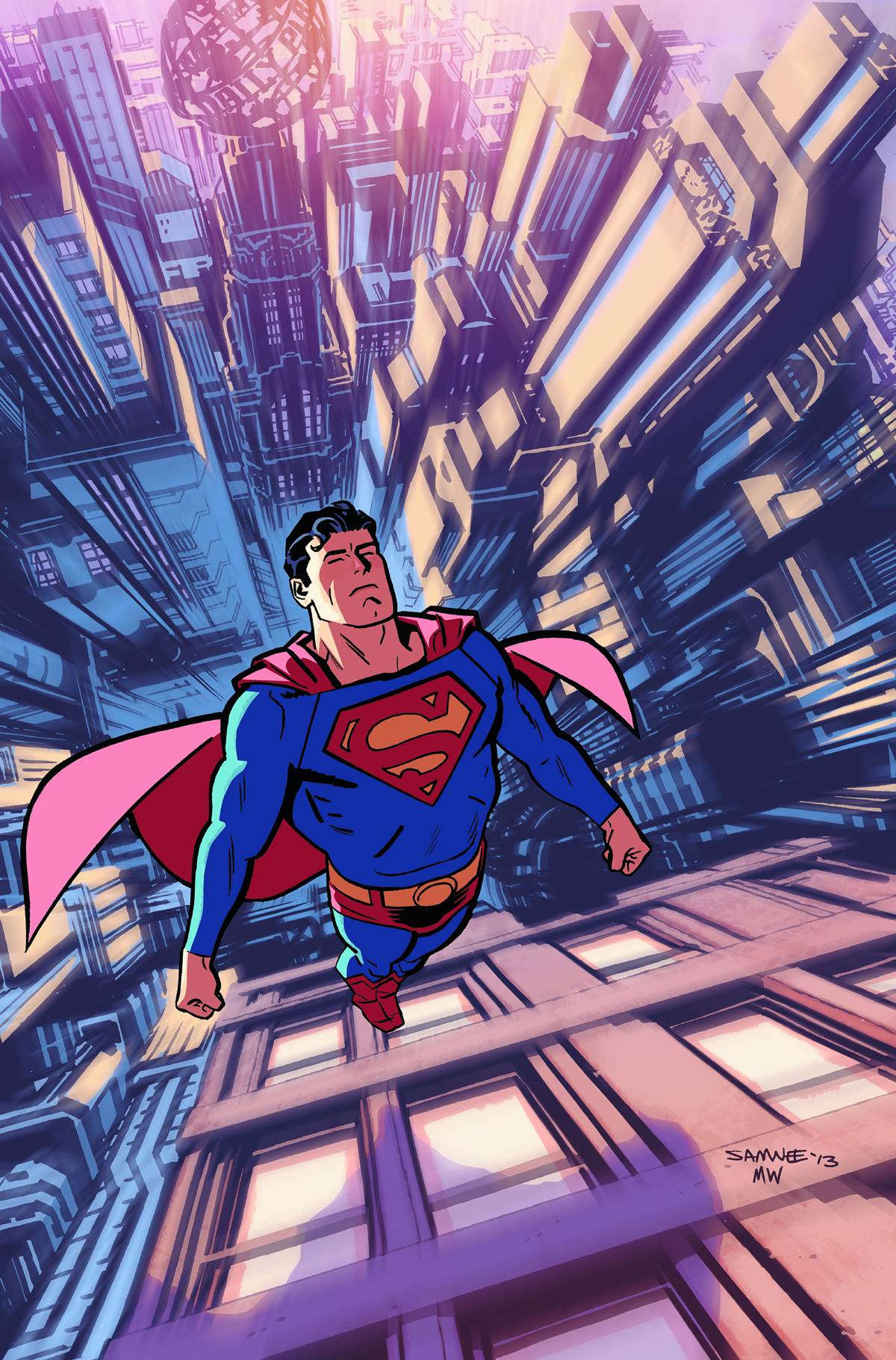 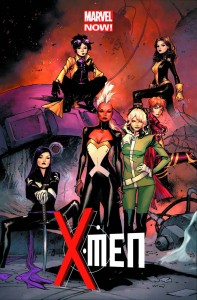 Because you demanded it! The X-Women finally get their own book, from critically acclaimed superstars Brian Wood (X-MEN, ULTIMATE X-MEN, DMZ, The Massive) and Olivier Coipel (AVX, HOUSE OF M, THOR)! An old enemy shows up at the X-Men’s door, seeking asylum from an ancient evil come back to earth. Meanwhile, Jubilee has come home, and she’s brought with her an orphaned baby who might hold the key to the earth’s survival…or its destruction. Against a backdrop of what seems like an alien invasion and an eons-spanning war between brother and sister, Storm steps up and puts together a team to protect the child and stop a new threat that could destroy all life on earth!

Why It’s Hot: Marvel hasn’t had the best of luck with sales on its female-led titles, but I have a feeling all that is about to turn around! Brian Wood has been blazing up the comic market with such hits as The Massive and Star Wars, but when we spoke with him about X-Men post-announcement, excitement was palpable! Don’t miss this new beginning for the X-Women! 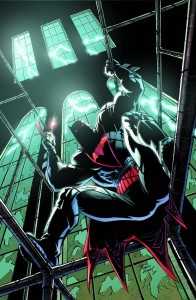 The new Batman of Earth 2 debuts as The Atom begins a mission to lead a new team of heroes-but are any of them prepared for the threat they’re about to face?

Why It’s Hot: Comicosity ran the odds on the identity of the new Earth 2 Batman, and while we reportedly won’t be learning that right off, being able to see the man himself in action may illuminate us beyond Robinson’s clues to date! Earth 2 begins its second year here and the countdown to writer James Robinson’s last issue begins as well, but I suspect neither of those conditions will lead to a ho-hum story, particularly one oversized as this! 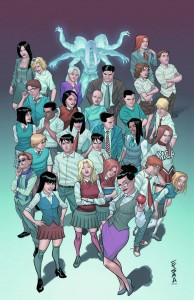 “THERE IS NO BEGINNING”
The double-sized Season 2 premiere! With an astonishing array of covers by some of the hottest artists working today: JENNY FRISSON, ROB GUILLORY, SHAWN  MARTINBROUGH, JAMIE McKELVIE, EMMA RIOS and MORNING GLORIES’ own JOE EISMA!

Why It’s Hot: The critically-acclaimed creator-owned series begins its second season with a perfect jumping-on point for new readers! If you haven’t been reading this tale of a mysterious and highly dangerous academy for gifted students, now is the time to give it a try. I know I will! 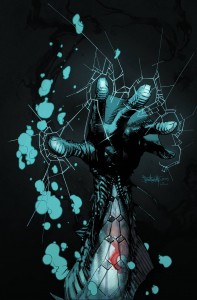 “THERE’S SOMETHING DOWN THERE…”
When Marine Biologist Lee Archer is approached by the Department of Homeland Security for help with a new threat, she declines, but quickly realizes they won’t take no for an answer. Soon she is plunging to the depths of the Arctic Circle to a secret, underwater oilrig where they’ve discovered something miraculous and terrifying…

Writer Scott Snyder (BATMAN, AMERICAN VAMPIRE) and artist Sean Murphy (PUNK ROCK JESUS) bring their acclaimed talents to this sci-fi/horror epic that explores the horrors of the deep, probes the origins of human history, and leaps far beyond to a frightening future.

Why It’s Hot: With his run on Swamp Thing ending, Superman Unchained yet to begin, and American Vampire on hiatus, you can imagine we are in serious Scott Snyder withdrawal. In comes a new creator-owned, ten-issue mini-series and we are happy again! This one is sure to be the talk of the town this week, so if you want to get in on the chatter, you’d better give this one a try! 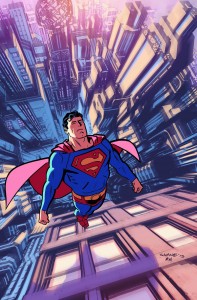 Don’t miss the debut of this all-new, digital-first series starring The Man of Tomorrow, written and illustrated by some of comics’ finest talents! Witness Superman’s first encounter with the work of Lex Luthor, brought to you by Jeff Parker (Hulk) and Chris Samnee (Daredevil)! Plus, stories from writer/artist Jeff Lemire, writer Justin Jordan, and artist Riley Rossmo!

Why It’s Hot: So much controversy has swarmed around this series, but the end result is it’s probably the best Superman book DC Comics has published in years! Out of continuity like its big sister title Legends of the Dark Knight, Adventures of Superman is hitting print quickly after only a single month of digital release. If you have not had a chance to check these out on Comixology or just love the feel of a good, old-fashioned comic book in your hand, this is the good, old-fashioned (but fresh) comic book you want to buy!