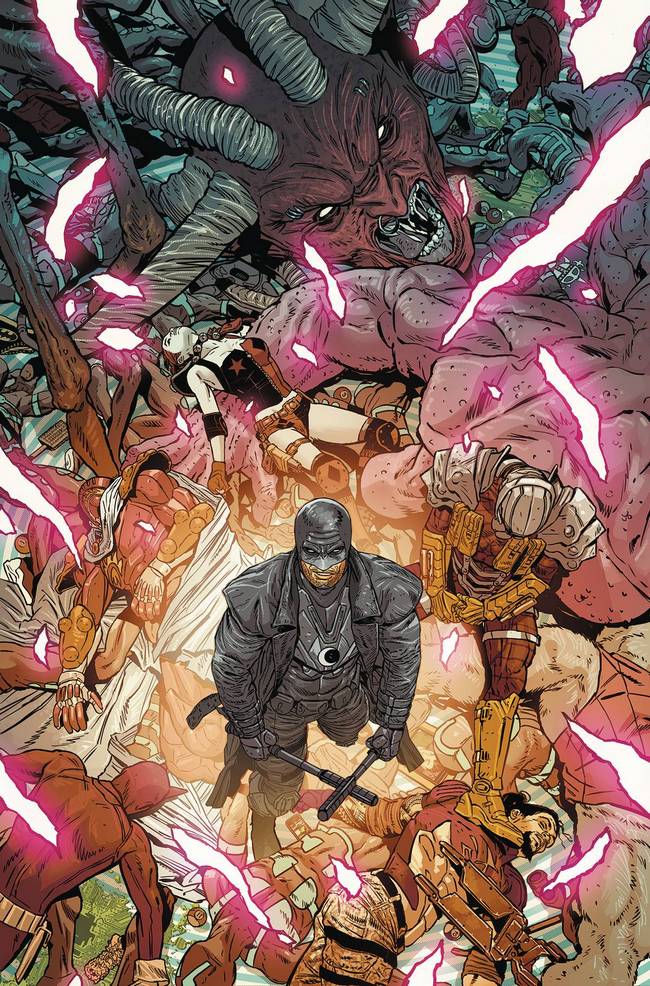 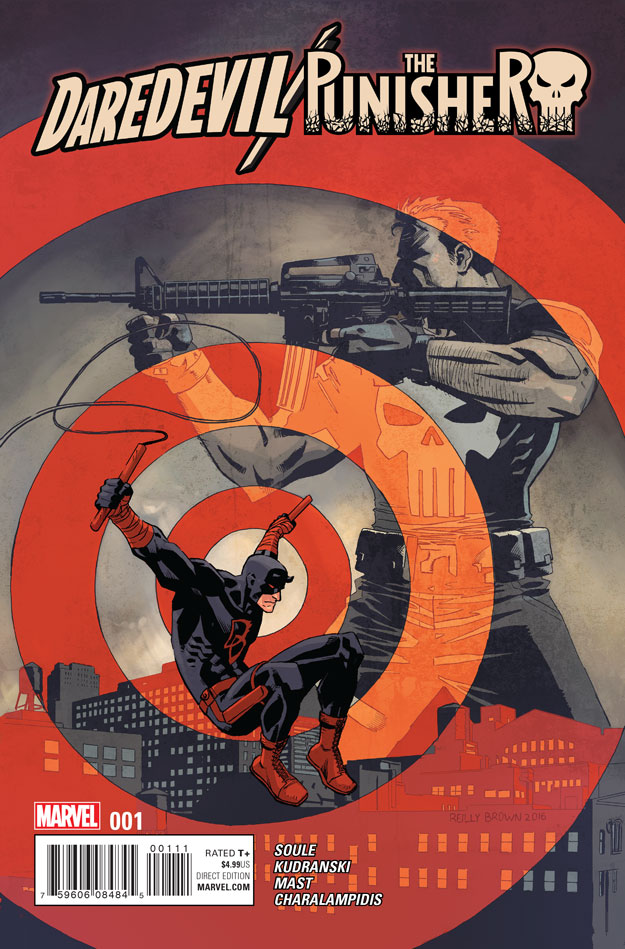 A simple change of venues for one of Matt Murdock’s cases becomes more complicated when THE PUNISHER attempts to send the defendant away…permanently! If DAREDEVIL and BLINDSPOT want to get this mobster his day in court, it will take every ounce of wit and wile they have. All Frank needs to get what he wants is a bullet. The race is on!

Why It’s Hot: Daredevil and The Punisher go together like (insert any number of cliches here). The two were last seen together on the extremely popular second season of Daredevil’s television show. Frank Castle was so popular in the series that Netflix recently announced a solo series for the vigilante. It only makes sense that we are getting a comic book miniseries featuring the two characters. What makes this even more exciting is that the great Charles Soule (who is killing it on Daredevil) is writing, and Szymon Kudranski is bringing his dark, stylized art to these characters. Between the characters and creative team this should serve as a solid crossover hit, and a hot comic this week.

Midnighter, Apollo and the Suicide Squad square off against The Unified-one of Henry Bendix’s most dangerous creations! Is their combined strength enough to stop a being as powerful as Superman and as intelligent as Midnighter?

Why It’s Hot: If you’re a regular here at Comicosity you know that we love ourselves some Midnighter. In fact, this series has meant a lot to the loyal fan base that has loved this book for the past year. It’s going to be sad to see the book go, but there’s no doubt that this creative team will give this series the send off it deserves. 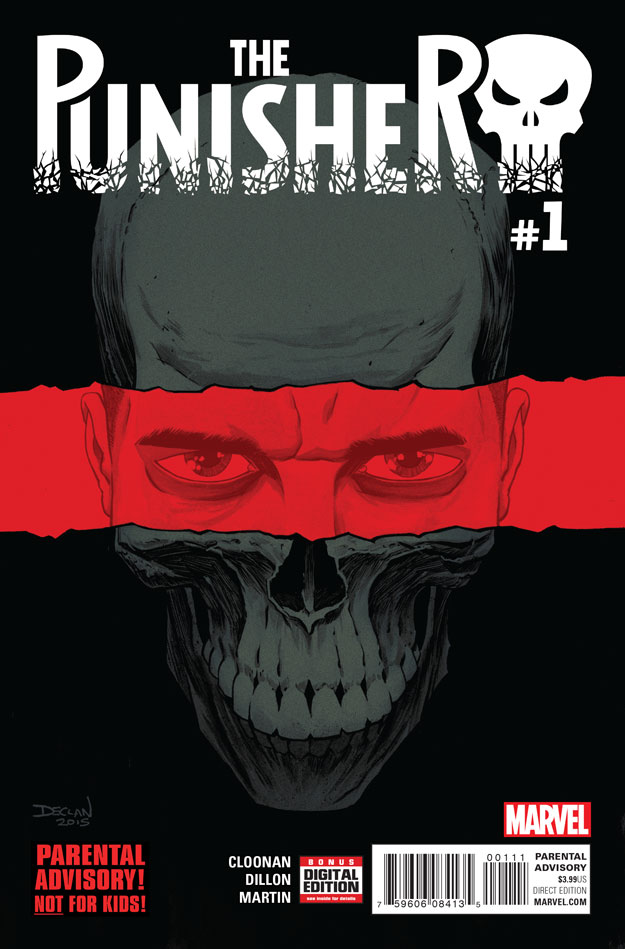 FRANK CASTLE LOSES CONTROL!
A by-the-numbers drug bust is about to take Frank Castle by surprise…and he HATES surprises. The horrible fallout threatens to send The Punisher into the heart of darkness, but Castle won’t make that journey alone: A DEA agent is on his trail and attempting to get into his head…but what horrors will she find there, and will she survive the experience? First-time Punisher writer Becky Cloonan and quintessential Punisher artist Steve Dillon are forcing Frank Castle out of his comfort zone and taking him to the edge of the world he thought he knew! 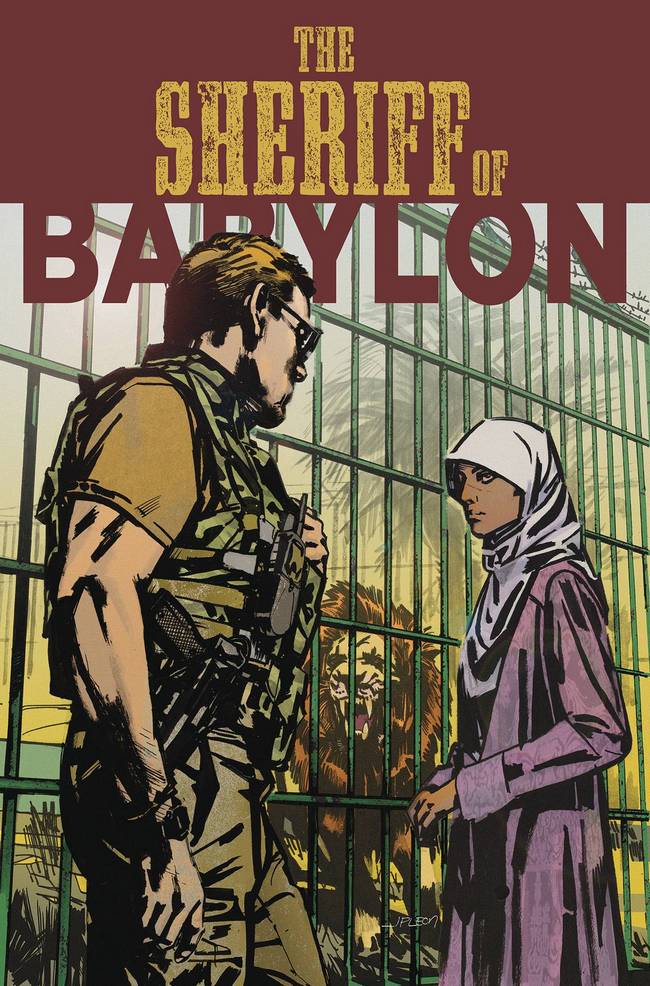 THE SHERIFF OF BABYLON #6
Written by Tom King
Art by Mitch Gerads
Published by DC Comics/Vertigo – $3.99

It’s always hard to know for sure who is winning in a war, but for Christopher and his allies, they sure don’t see a clear victory coming anytime soon. While Chris and Sofia try to deal with a personal tragedy falling out from the attack on her convoy, Nassir’s enemies make another move on him and his wife-and this time the couple won’t get away so easily. This all began with two dead bodies, but it’s anyone’s guess how many more there will be before everything is finished.

Why It’s Hot: Did you read last month’s issue? The Sheriff Of Babylon #5 was hands down one of the best single issues of a comic in recent memory. King, Gerads, and the rest of the creative team are firing on all cylinders to create what is quickly becoming an instant classic. I’m excited to see where they go from here. 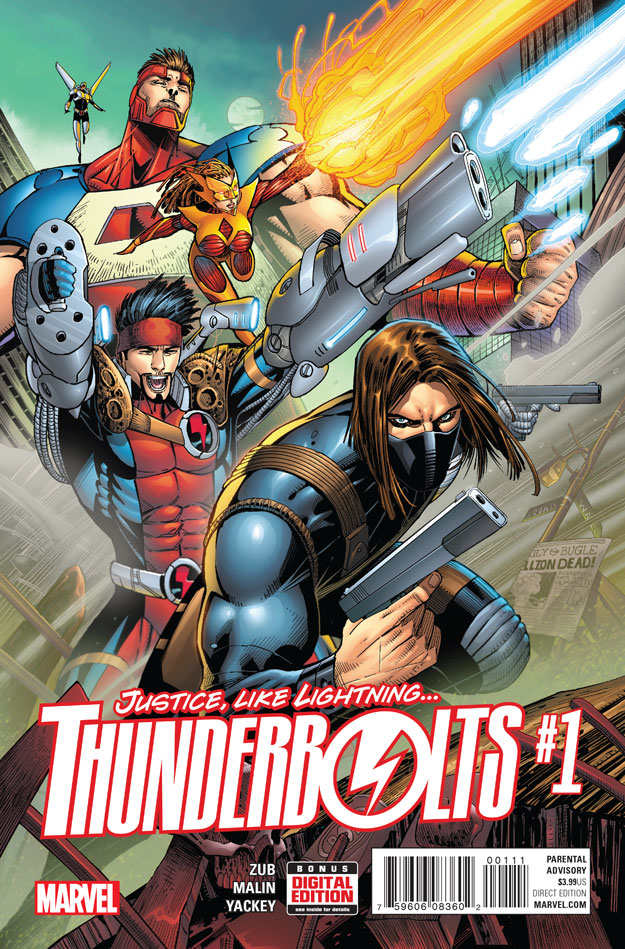 FROM THE ASHES OF AVENGERS: STANDOFF!
They’re a renegade team rampaging across the Marvel Universe under the direction of the Winter Soldier! But are the Thunderbolts heroes or villains-and do even they know for sure?

Why It’s Hot: The Thunderbolts are back! Spinning out of the surprisingly great Avengers: Standoff crossover, everyone’s favorite group of do-gooder villains return to the spotlight with their new ongoing series. This time however, they are joined by their new leader Bucky Barnes. That’s right, the Winter Soldier is leading a classic group of Thunderbolts on missions no one else knows about. Considering Bucky’s role in the upcoming Captain America movie this is a perfect time to launch this series.