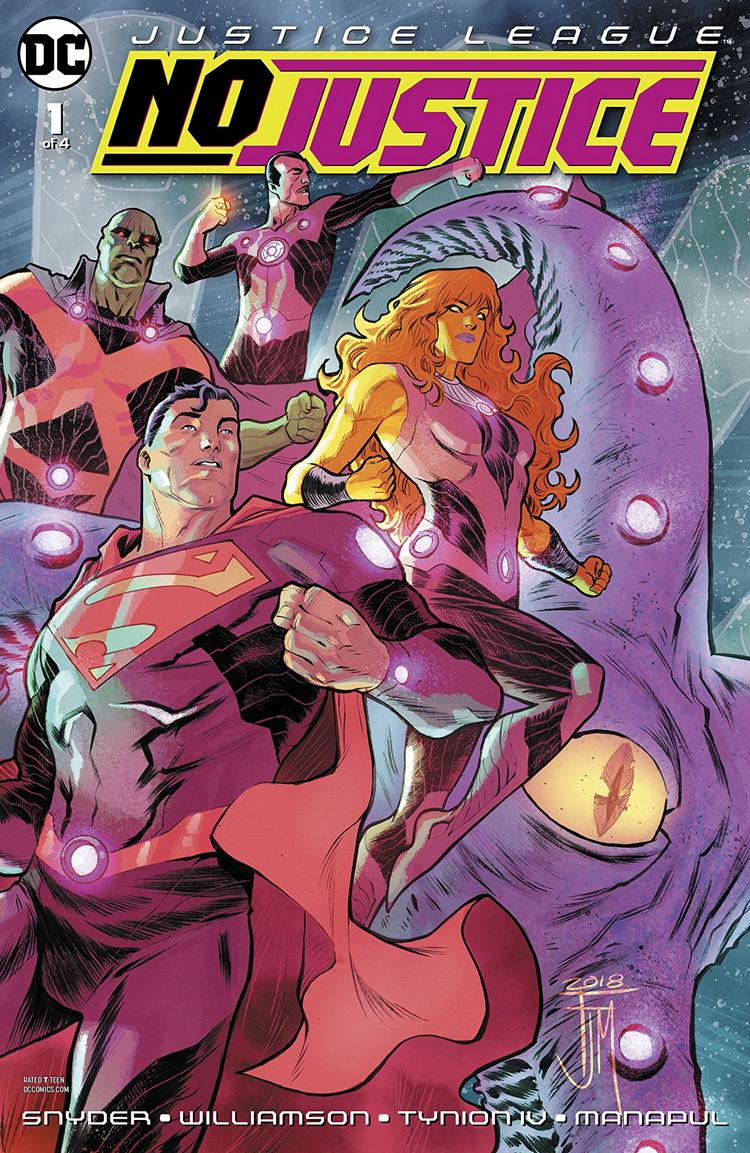 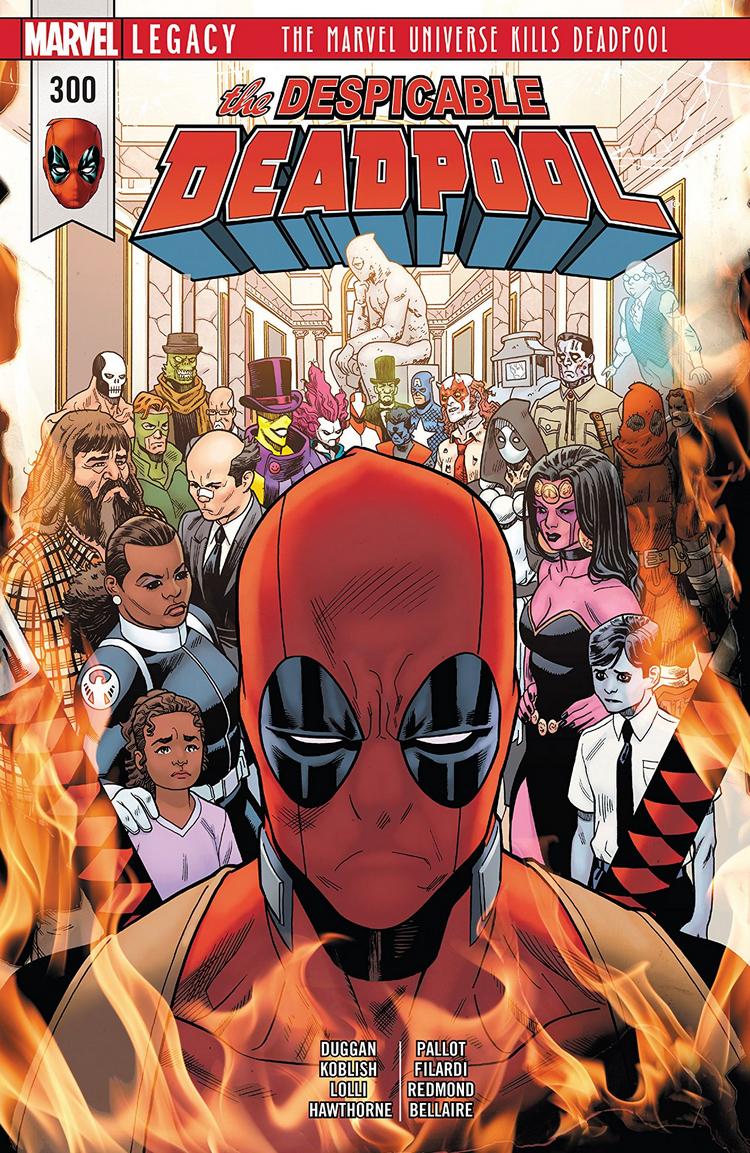 Every bad decision, every betrayal, every fart joke – they’ve all come back to haunt Deadpool. He’s gone from criminal to outcast to celebrity and back to criminal, and as Captain America leads the biggest heroes of the Marvel Universe to take him down, Wade is forced to be his most despicable self ONE LAST TIME…

For over five years and more than a hundred issues Gerry Duggan has been putting words into the Mouth of the Merc with same…but all that ends in this TRIPLE-sized issue with art by longtime Deadpool collaborators Scott Koblish, Matteo Lolli and Mike Hawthorne! It’s one last love letter to the character we love to hurt. Sorry, Wade! This one’s gonna sting.

Why It’s Hot: The longest Deadpool run ever comes to an exciting close in this oversized anniversary spectacular. Nobody has written more issues staring the Merc With A Mouth than Gerry Duggan and the scribe goes all out in his final issue. With the entire Marvel Universe out to stop him which character will be the one to step up and put an end to Wade’s antics, and what effect will it have on everything Deadpool knows and loves? Find out in this disgusting, action packed, emotional, hilarious, extra sized thrill ride of a finale. 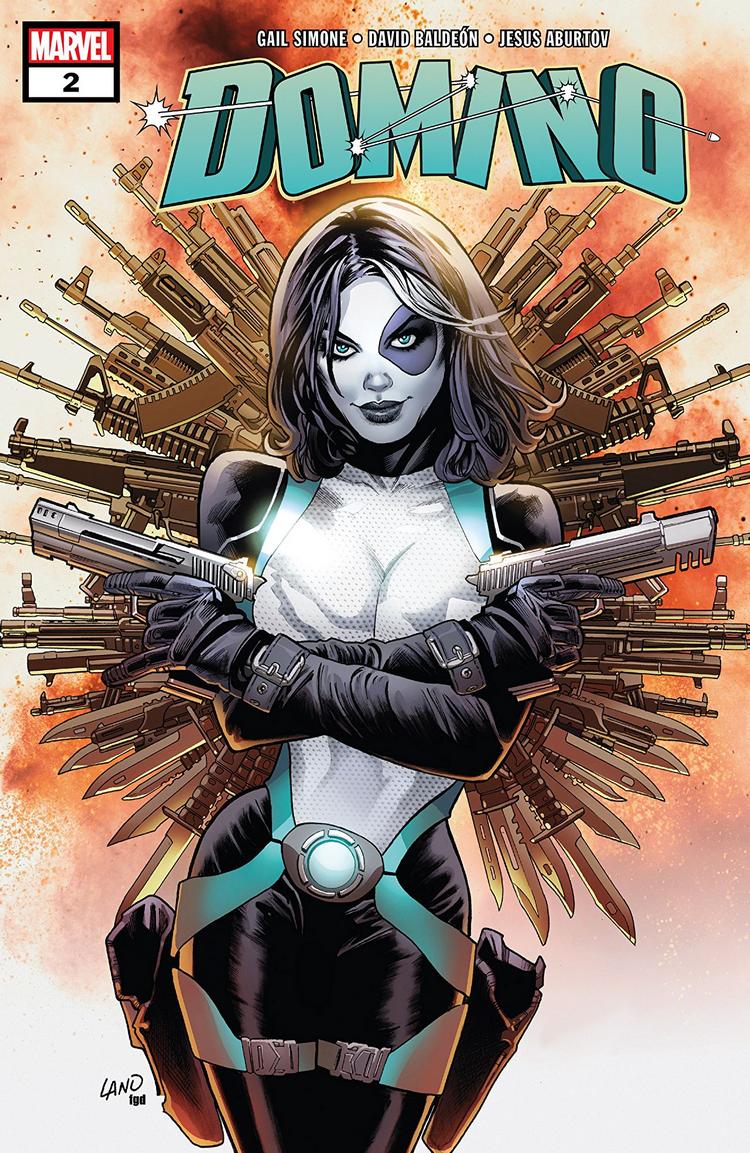 • Marvel’s #1 soldier of fortune’s luck has finally gone south… turning her life as a mercenary upside down!

• Plus: Who is Domino’s evil counterpart?

Why It’s Hot: Gail Simone made her triumphant return to Marvel with the first issue of Domino last month. Not only was the issue lauded by fans and critics alike, but the it finished in the top ten in sales for the month of April. Simone was able to capture the essence of some of her greatest works, and with the help of the stellar art team of David Baldeon and Jesus Aburtov turned out a phenomenal first issue that brought the title character more in touch with the Marvel Universe than ever before. Now it’s time to see what this stellar creative team has in store for us next. 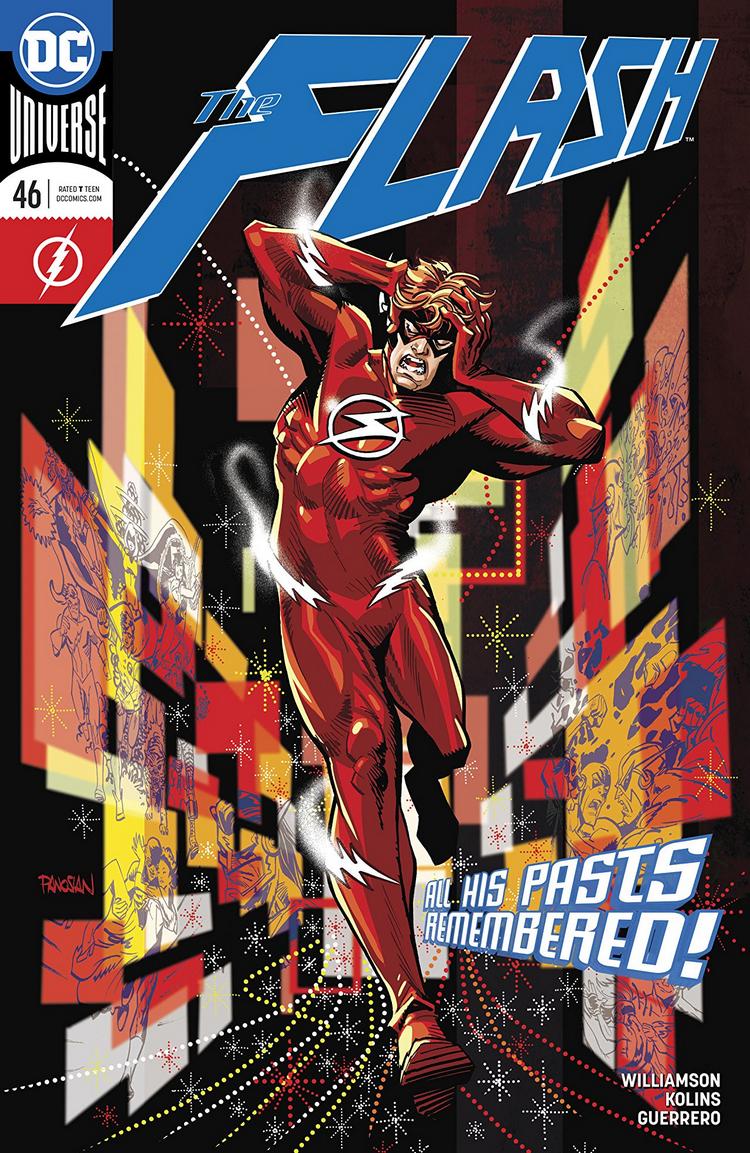 “THE ROAD TO FLASH WAR!” Wally West is overwhelmed by fragments from his past! With his protégé’s psyche falling apart, Barry Allen races around the DCU calling in every favor possible to save his shattered family. Meanwhile, Hunter Zolomon’s sinister machinations tip over the first domino in what might prove to be the end of everything for The Flash!

Why It’s Hot: The long wait is almost over, as the final prelude issue to the biggest Flash story in years is here! Next stop: FLASH WAR… ’nuff said.

DARK NIGHTS: METAL left the DCU transformed in ways both terrifying and wondrous-and only the Justice League is strong enough to face the threats to come…or are they? Four giant beings comprised of the universe’s major energies-Mystery, Wonder, Wisdom and Entropy-who sustain their life force by devouring planets are on their way to destroy the planet of Colu. The only way to take down this unimaginable threat is for the superhero teams of Earth to forget everything they thought they knew and form new alliances.
What secrets of the cosmos will Superman, Martian Manhunter and Team Mystery discover? Will Zatanna, Wonder Woman and Team Wonder awaken alien magic they cannot put back to sleep? What can Harley Quinn possibly have to teach the rest of Team Wisdom? And most importantly…why the heck is Beast Boy on Team Entropy with Lobo and Batman? Find out all this and much more in the most exciting, bombastic event of summer 2018!

In this kickoff issue to the four-issue miniseries, after Brainiac systematically takes down all of Earth’s super-teams, the last thing the League expects is for him to ask for their help! Without their aid, his home planet and the universe are both doomed!

Why It’s Hot: After debuting in the pages of last week’s DC Nation #0 Scott Snyder’s Justice League run begins in earnest here, and he’s brought some friends along for the ride. The veteran scribe is joined in writing duties by Joshua Williamson and James Tynion IV while the great Francis Manapul handles art duties for this spectacular action blockbuster. What classic villain brings this new Justice League together? Why are they split into these wild looking teams? Will the DC Universe ever be the same? The most anticipated superhero run of the Summer begins right here, and runs weekly for the next month! 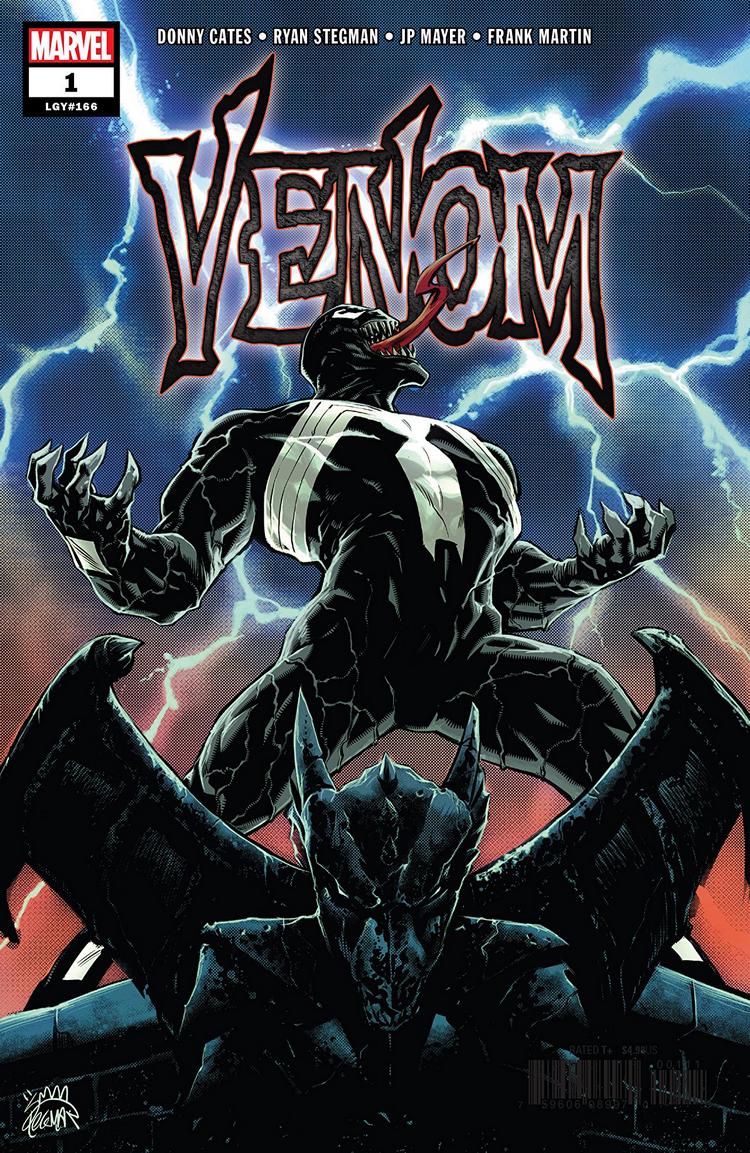 Why It’s Hot: I think the first line of the above solicitation says it all. This is indeed a new series by Donny Cates and Ryan Stegman, and if you’ve been following the work of these guys then you can imagine just how perfect a creative team they are to launch a new Venom series a few months before the character returns to the big screen in his own motion picture event. Cates, a big time Spider-Man fan, has been waiting not only his entire career for this project, but most of his life. Then you have Ryan Stegman who has already shown his chops for The Lethal Protector in last year’s Venom Inc. crossover. This comic is going to kick all sorts of ass, and proceed to do with Venom what Cates’ take on Thanos did for The Mad Titan. If you are anything close to resembling a Venom fan you won’t want to miss this issue.