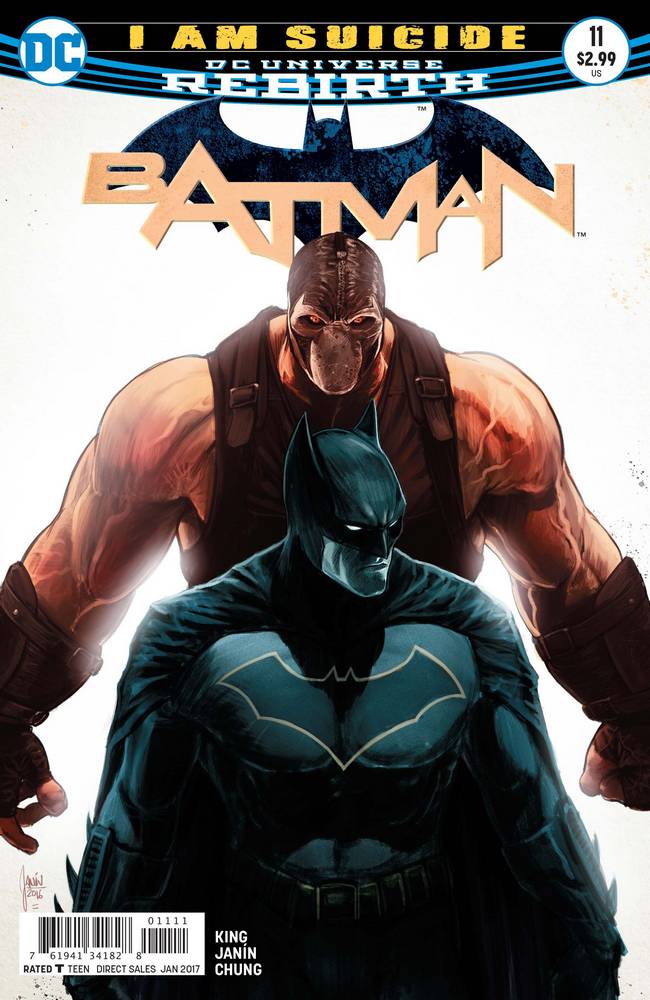 “I am Suicide” part three! Plunging into the belly of the beast, Batman and his team of misfits infiltrate Santa Prisca. Betrayal and savagery unfold as Batman races to steal Bane’s prized possession…and not everyone will make it out alive.

Why It’s Hot: Tom King and Mikel Janin have proven to be a dream creative team, and their work on the last few issues of Batman have been nothing less than stunning. One of the most interesting characters has been Catwoman. It will be interesting to see how her new status quo changes her relationship with Batman, and it will be awesome to see Janin draw her in action. I know it gets old seeing this title here, but it’s hard to keep off one of the best comics around. 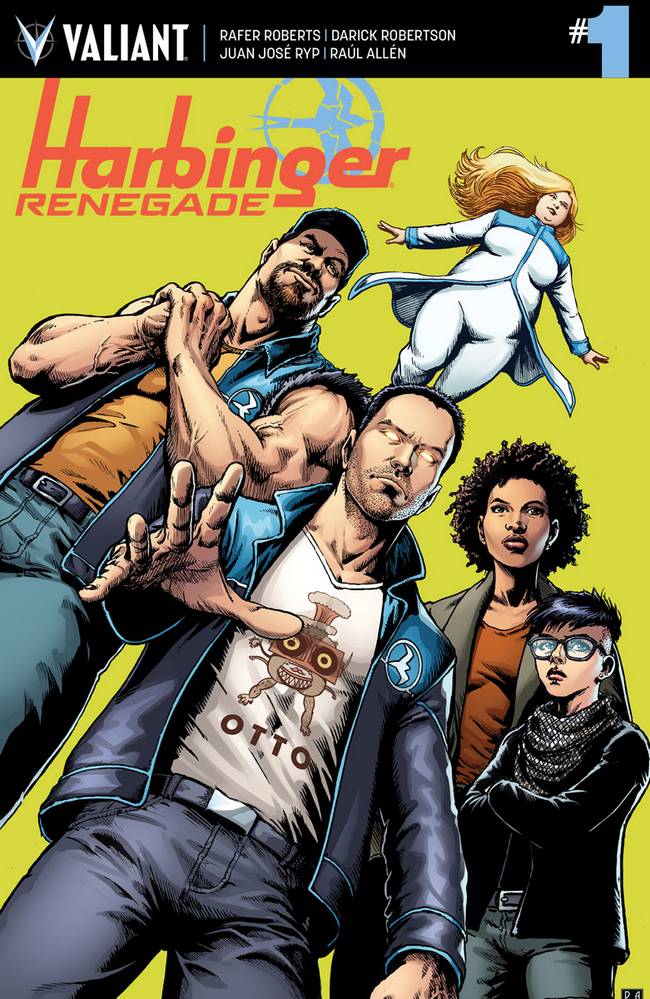 Anyone you know could become a psionically powered “harbinger” with the potential to reshape the course of human history. Your neighbor. Your boss. Your best friend. Your kids.

Six months ago, a secret team of renegade whistleblowers leaked the existence of these extraordinarily dangerous individuals to a stunned world. Today, all across the country, crude, DIY psiot activation attempts have left hundreds brain damaged…or worse. The emergence of a new psiot in a community often leads to riots and mass violence. Gun sales are through the roof.

America is terrified of what could happen next.

With this revolutionary upheaval now in motion, Kris Hathaway, John “Torque” Torkelson, Faith “Zephyr” Herbert, and Peter Stanchek are about to discover their calling. Together, the HARBINGER RENEGADES are moving from town to town, building their ranks, and subverting authority one mind at a time…and setting out to prove once and for all that behind their power, there has always been a purpose.

This November, the most fearless superteam in comics is going underground for AN ALL-NEW ONGOING SERIES from Harvey Award nominated writer Rafer Roberts (A&A: THE ADVENTURES OF ARCHER & ARMSTRONG) and superstar artist Darick Robertson (Happy!,The Boys)!

Why It’s Hot: Harbinger has been one of the core titles at Valiant from the beginning, and this week sees the beginning of the latest chapter in their story. Rafer Roberts has been a rising star at the company, and he is joined by the great Darick Robertson on art, making this series one to watch. 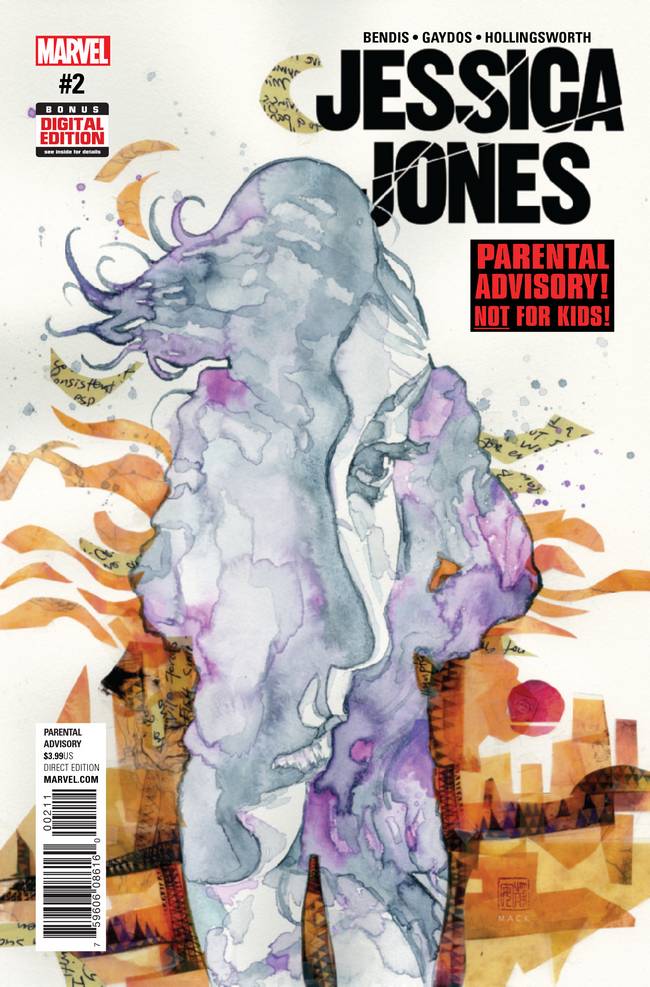 • There are so many mysteries to discover in the Marvel Universe and Jessica’s new case may be the most dangerous one.

•  No spoilers, but some of the biggest questions about the new Marvel NOW! are about to be revealed in this very comic.

Why It’s Hot: Bendis and Gaydos making a Jessica Jones comic just feels right, and that was the case with the first issue of this new series. The mysteries are building, Jessica appears to be on her own, and something is going on with the multiverse. I’m excited to see what lies ahead, as this seems to be one of the more important comics in the Marvel Universe. 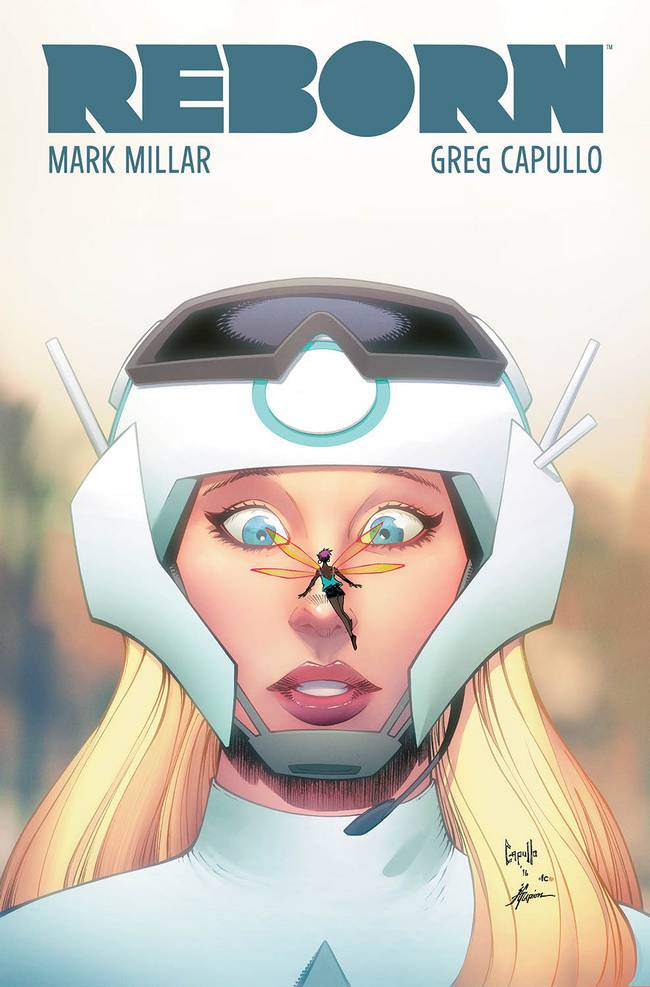 MILLAR and CAPULLO’s epic sci-fi fantasy story continues. After her death, Bonnie is reborn in Adystria and has a sword thrust into her hand. As the evils within the Dark Lands get stronger, she is Adystria’s only hope: their savior.

Why It’s Hot: The first issue of Reborn was awesome. The story took the simple question of what happens after you die, and turned it into a crazy sci-fi/fantasy hybrid. The highlight was seeing Greg Capullo stretch his legs a bit after spending almost five years in Gotham City. After a great first issue I can’t wait to see what this superstar creative team has in store next.

Jennifer Chu and Maise Huff (aka Knockout and Ithinka Can on the track) have been best friends since their first day of Fresh Meat Orientation for the Eastside Roller Girls, but when they get drafted for two different teams they’ll have to figure out if the bond between them is stronger than the pull of a team when a win is on the line.
You get slammed on the track and slammed in life, and in both cases you have to take your hits and get back up again!

Why It’s Hot: The next addition to BOOM! Studio’s all ages Boom Box line is all about Roller Derby! An (almost) all female creative team have come together to tell a fun story that I think will surprise a lot of people. This series has seemed to fly under the radar, but deserves your consideration when you pick up your comics tomorrow.