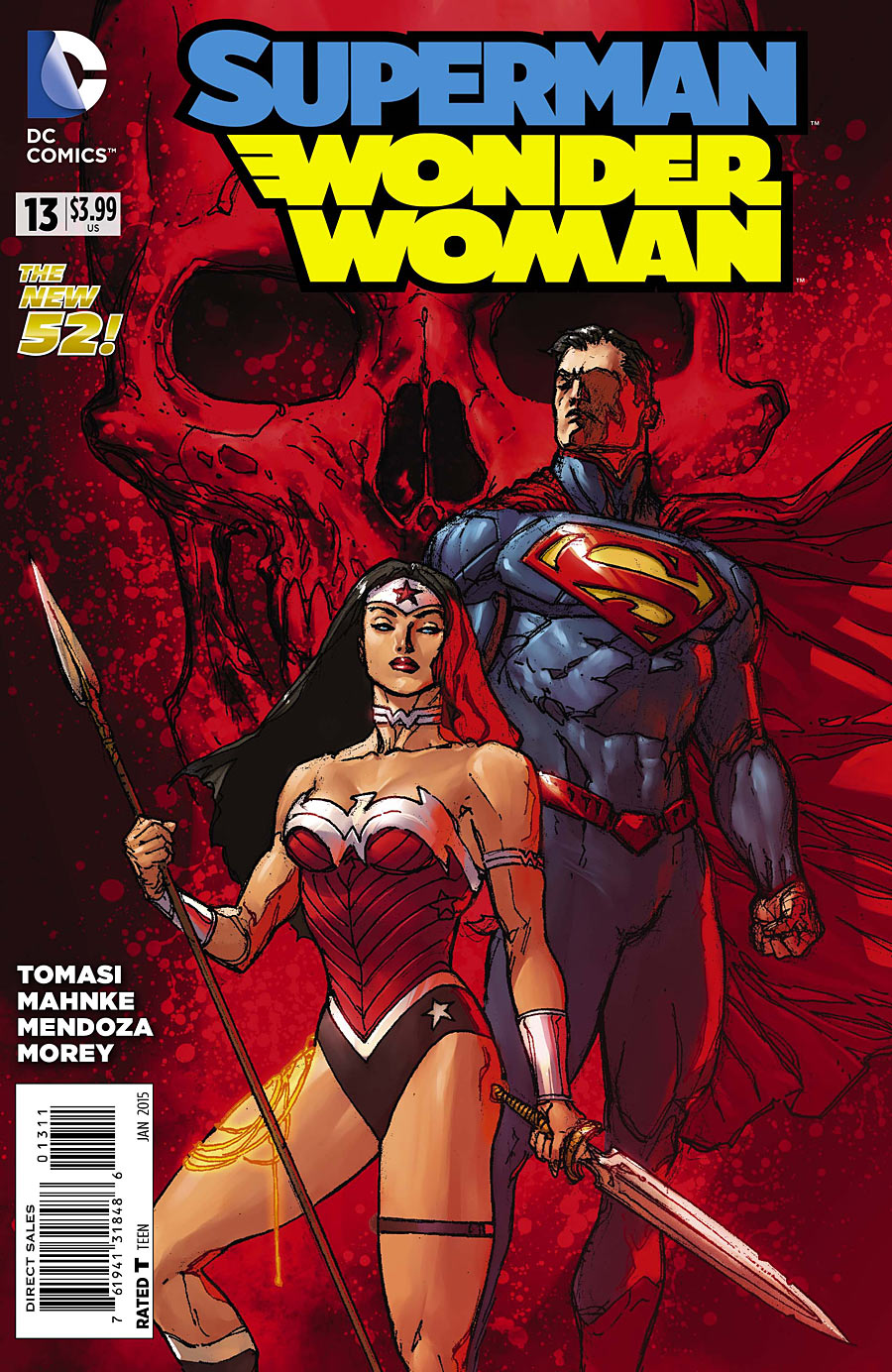 Why They’re Hot: Okay this is a cheat as technically this entry features two different titles, but what Jonathan Hickman is doing with his run on both Avengers books is something epic. Time Runs Out is a story so big, and so Earth-shattering (pun intended) that it is leading into what is being called the biggest thing Marvel has ever done in Secret Wars. If you’re reading one but not the other you’re doing yourself a disservice. Make sure to pick up both, and sit back for what just may be the very best in superhero comics at the moment. 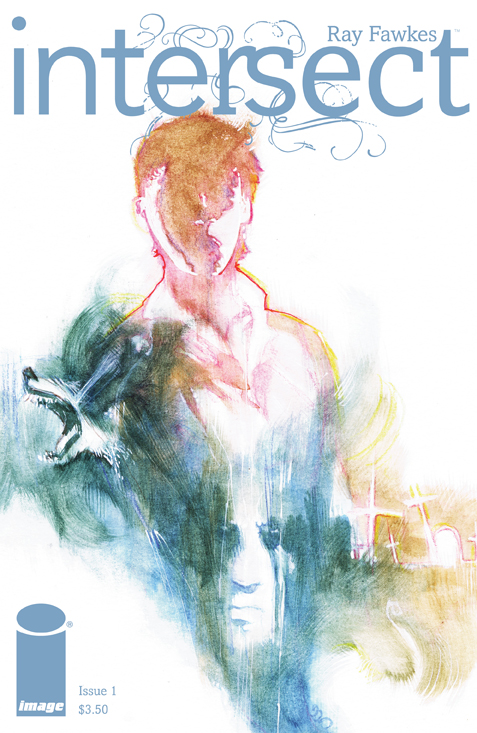 Blood rains from the skies. A hypnotic voice trills over the airwaves as bodies shift and grow in horrifying new directions. Are you ready for the new world? RAY FAWKES, acclaimed creator of One Soul and writer of Constantine and Batman: Eternal, launches a terrifying monthly odyssey of madness and warped flesh in this lush, fully-painted debut issue!

Why It’s Hot: Some of you may only recognize Ray Fawkes as one of DC’s fastest rising writers with runs on books such as Batman: Eternal and Constantine. What you may not know is that he is an accomplished artist as well as writer. He brings both of his talents to Image with Intersect; a beautiful, weird, surreal, and mysterious book that will surprise those that pick it up on Wednesday. Another Image launch, and a great writer/artist help make this a hot book.

Welcome the new creative team of writer Peter J. Tomasi (BATMAN AND ROBIN) and Doug Mahnke (JUSTICE LEAGUE)! The unity between Superman and Wonder Woman will be tested as never before as a mysterious group of villains make their New 52 debut – but first, Atomic Skull and Major Disaster cause trouble for our favorite heroic couple!

Why It’s Hot: Both books featuring Wonder Woman in the title are getting a new creative team this week. First up is Pete Tomasi and Doug Mahnke taking over Superman/Wonder Woman from Charles Soule and Tony Daniel. Soule and Daniel took a concept that many felt couldn’t work, and turned it into something better than almost anybody expected. Can Tomasi and Mahnke continue this unlikely success story? If their track records are any indication the answer to that question is YES! 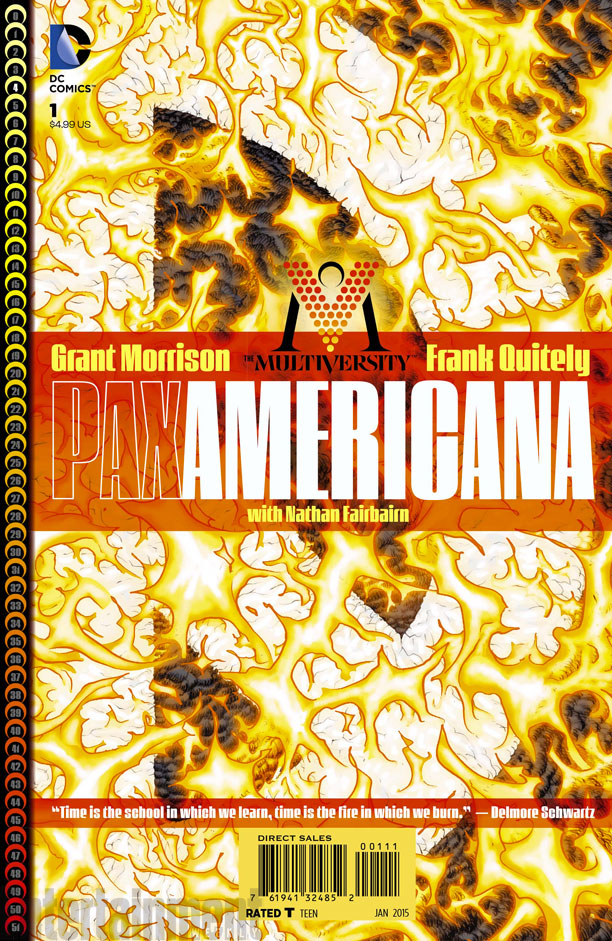 Brace yourselves for the next exciting chapter of THE MULTIVERSITY as the acclaimed ALL-STAR SUPERMAN team of writer Grant Morrison and artist Frank Quitely investigate the conspiracy on Earth-4, home of Pax Americana! Told backwards through an experimental storytelling technique that reveals new mysteries with each turn of the page, PAX AMERICANA stars The Question, Blue Beetle, Captain Atom, Nightshade and Peacemaker like you’ve never seen them before! As the assassination of the U.S. president leads to political intrigue, interpersonal drama and astro-physical wonder, the truth behind the crime and those involved will blow your mind! What confidential conversation between the president and Captain Atom could reveal everything? How far will The Question take his hunt for the truth before he hurts his former friends – or himself? And who is the steel-handed bogeyman operating in the shadows?

Discover all this and more in this exciting stand-alone issue which also acts as chapter four of the MULTIVERSITY storyline. Join us, if your dare, for THE MULTIVERSITY!

Why It’s Hot: Grant Morrison is one of the all time great comic book writers, and he has worked with numerous high caliber artists. With that said some of Morrison’s best work has been drawn by the great Frank Quitely. The two legends are reunited for chapter four of the well received The Multiversity where they tackle an Earth featuring the classic Charlton Comics characters. The last time a top notch creator had full reign with the archetypes of these characters we got Watchmen. So no pressure or anything. 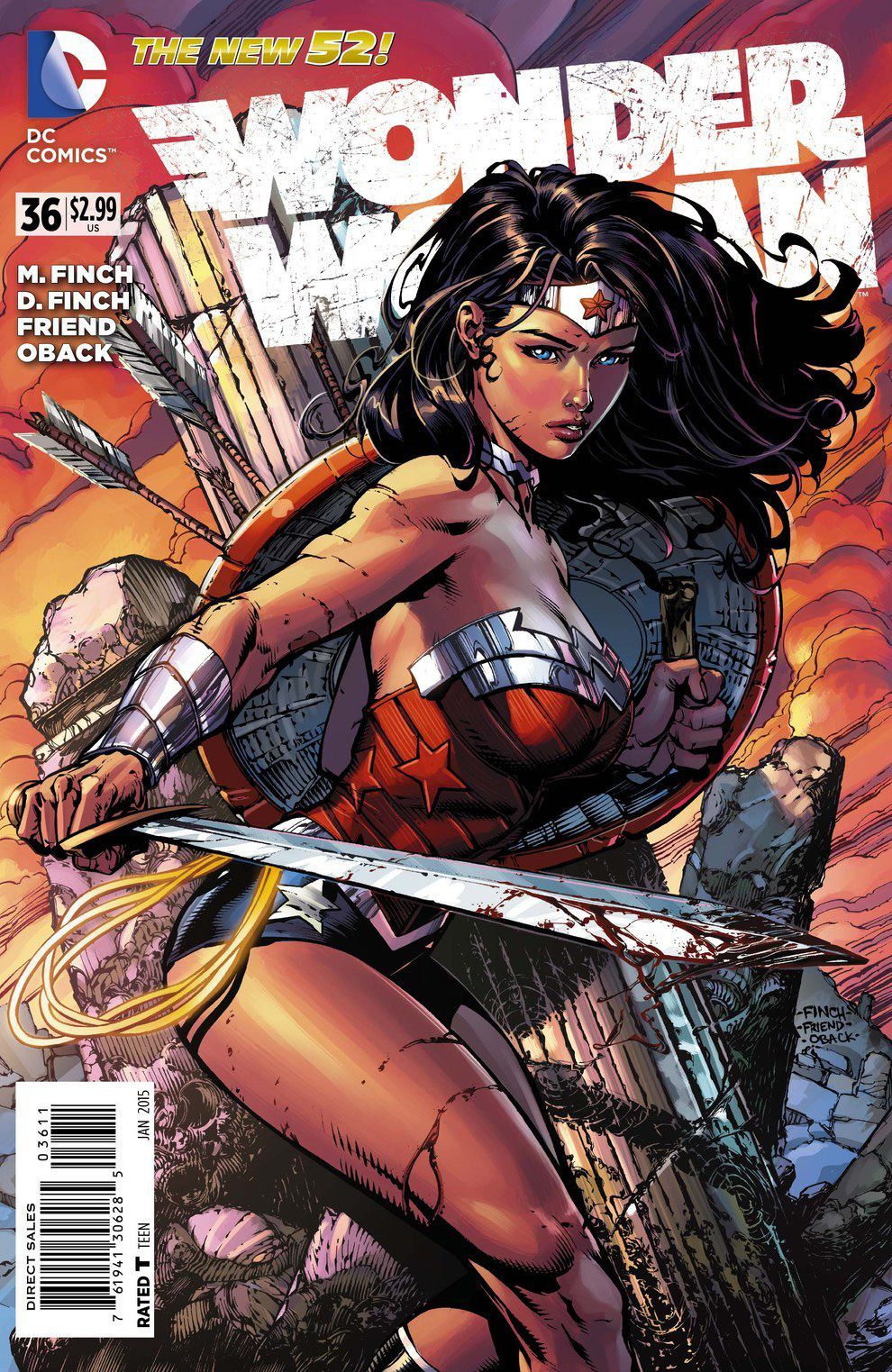 Please welcome the new superstar creative team of writer Meredith Finch and artist David Finch! As this new epic begins, the fate of the Amazons is about to be revealed, major new characters will be introduced and a new villain will arrive with enough power to defeat the combined might of Wonder Woman and her Justice League teammates! Don’t miss the start of this story that guest stars Swamp Thing! It will define what it takes for Diana to fulfill her destiny as Wonder Woman!

Why It’s Hot: Wonder Woman has consistently been one of the best titles that DC has published since the New 52 relaunch, but last month saw the end of Brian Azzarello’s instant classic run. Now the pressure to keep up the quality falls on the shoulders of wife/husband team of Meredith and David Finch. It’s nice to see a woman writing one of the premiere female superheroes. David Finch is considered a superstar artist. Will Meredith’s relative inexperience and David’s style provide a boon to the title, or bring it crashing back down to Earth? There has been a lot of talk about the direction of this title, but soon enough we will all find out whether the Finches can handle the pressure.