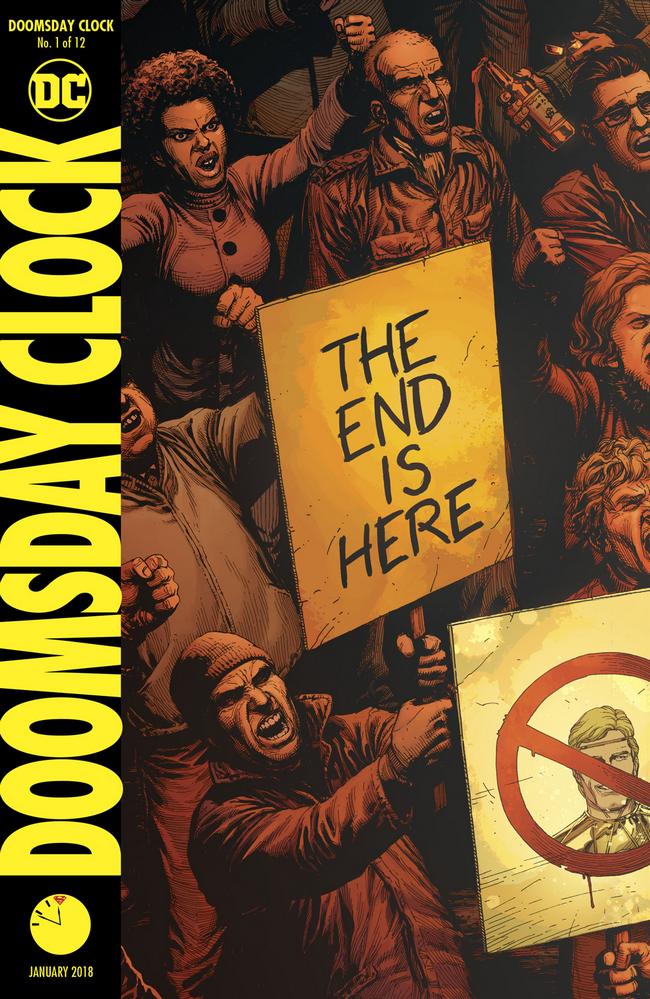 Happy Thanksgiving to all our American friends, and welcome to Comicosity’s Hot Five. Hot Five is a short list of the top books we think you’ll want to be checking out. Be they new title launches, key issues or just continuing stories from some of the industry’s most acclaimed books, this list is your guaranteed gold in the comic market. 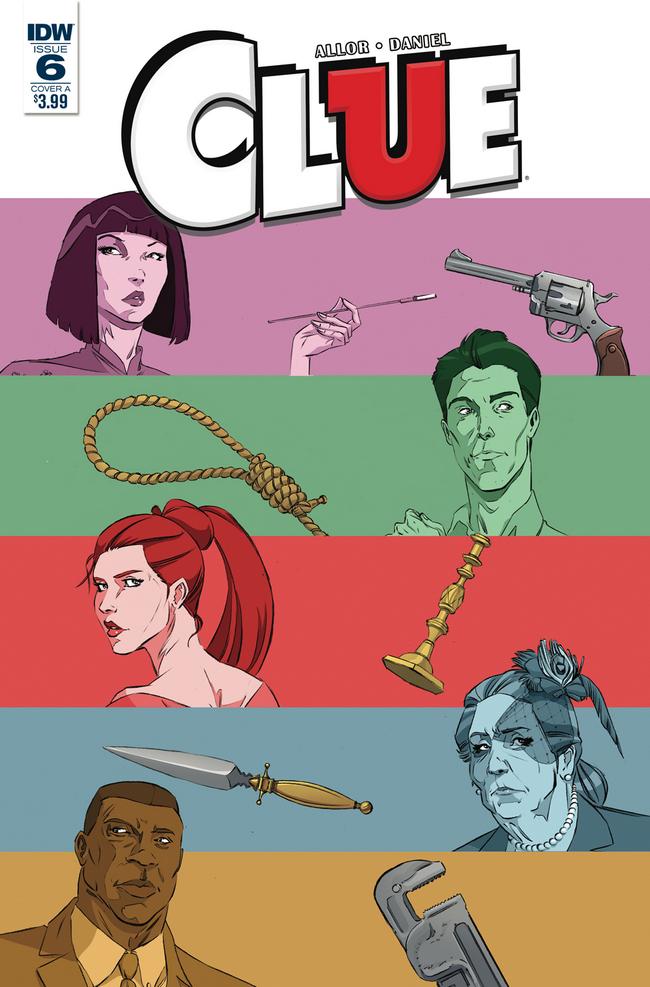 For six issues, you’ve watched characters drop, and mysteries mount. Now, at last, every mystery and motivation is revealed. And it all leads up to a conclusion so shocking that we guarantee you won’t see it coming!

Why It’s Hot: A licensed comic book based off a board game really doesn’t have the right to be this good, but Paul Allor, and Nelson Daniel have turned Clue into one of the year’s most surprising comics. With the miniseries coming to a close it’s about time to find out who did it, where they did, and what they used to do it.

DC Comics presents to you a 12-issue maxiseries from the critically acclaimed team of writer Geoff Johns, artist Gary Frank and colorist Brad Anderson. You are not prepared for what lies ahead within these pages, good readers.

Why It’s Hot: If there’s one can’t miss comic of 2017 this is it. One of the greatest creative teams ever to make comics together are reunited to tell one of the biggest stories to ever come out of DC Comics. Since the final page of DC Universe: Rebirth sixteen months ago this story has been building and building through the entire line of comics. We’ve seen Wally West returning and talking about missing time and getting his friends to remember him in Titans, Batman and The Flash discover The Button, and the ramifications that The Oz Effect left on Superman. It all appears to be the work of one big, blue man. The DCU and the Watchmen Universe are on a collision course, so put on your seat belts and get ready for the ride. Check out our review here: Doomsday Clock #1 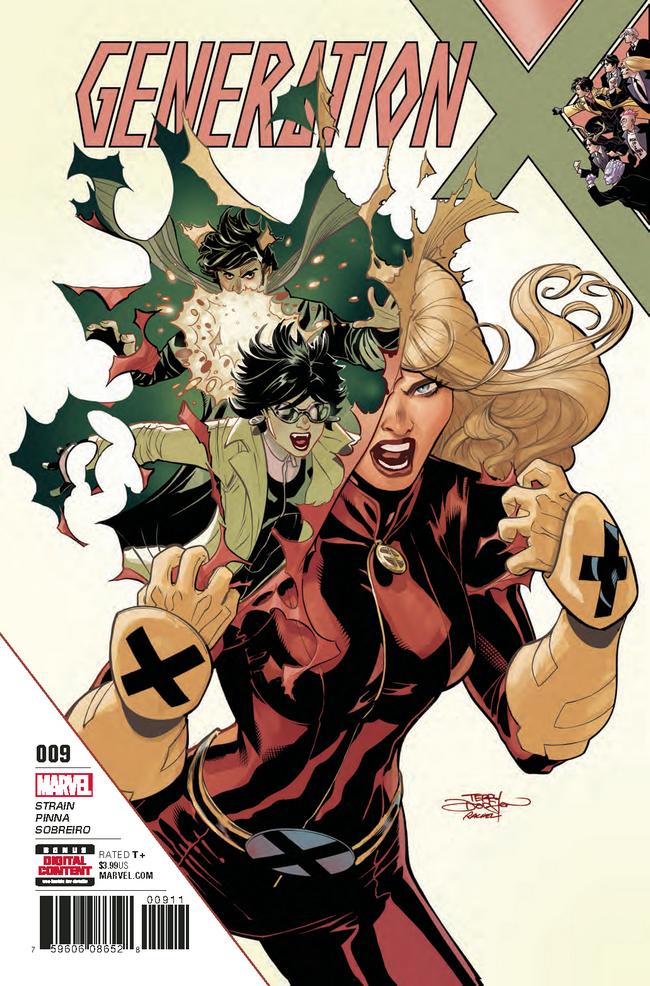 Why It’s Hot: By combining fresh young faces with members of the classic lineup Generation X has been a treat for longtime X-fans. The goods just keep coming as Strain and Pinna bring yet another original team member back into the fold with Paige Guthrie a.k.a. Husk. If the character’s recent history is any indication Paige might be a bit different (remember her time with Toad?). It should be interesting to see if, and how the creative team weaves Paige’s past into the new book. Regardless, some of us have been waiting years to see the band get back together, and it’s slowly but surely happening! 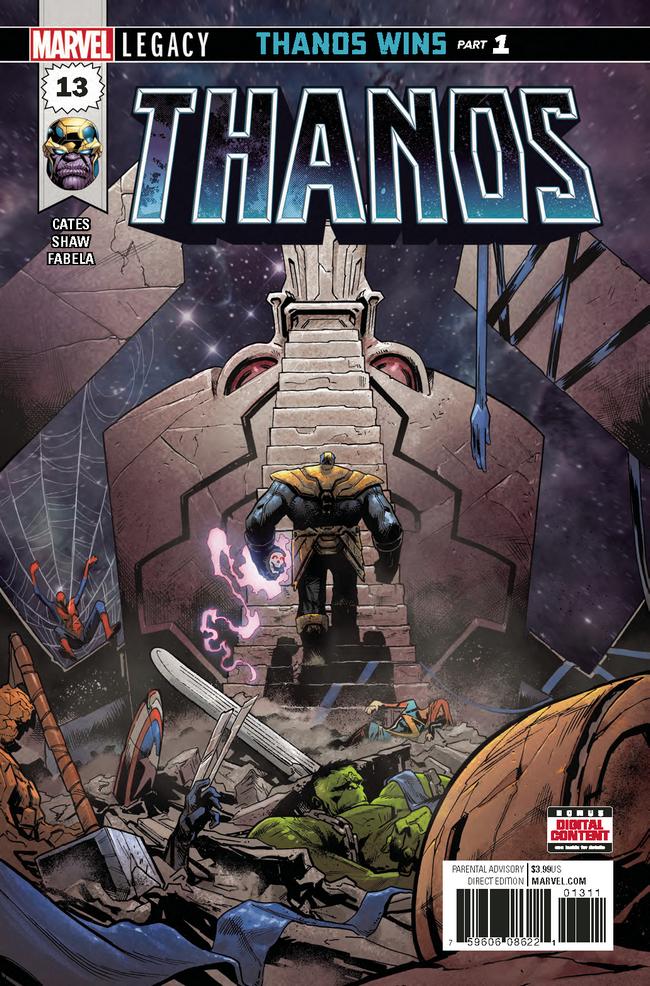 Ask the most powerful beings in the Marvel Universe how they fear the universe will end, and in their most honest moment, they will answer with two words… THANOS WINS. Now… see what happens when he does.
Parental Advisory

Why It’s Hot: Everything we’ve seen from this comic looks awesome. Donny Cates has quickly become known for his wild ideas, and seems like a perfect match for The Mad Titan. Having the writer team up with his frequent collaborator Geoff Shaw to unleash more of their madness upon the Marvel Universe should get readers excited. Don’t be a buzzkill (get it? If not, you should totally go read Cates & Shaw’s brilliant Buzzkill), and make sure to pickup what just might end up as one of the craziest comics at Marvel. 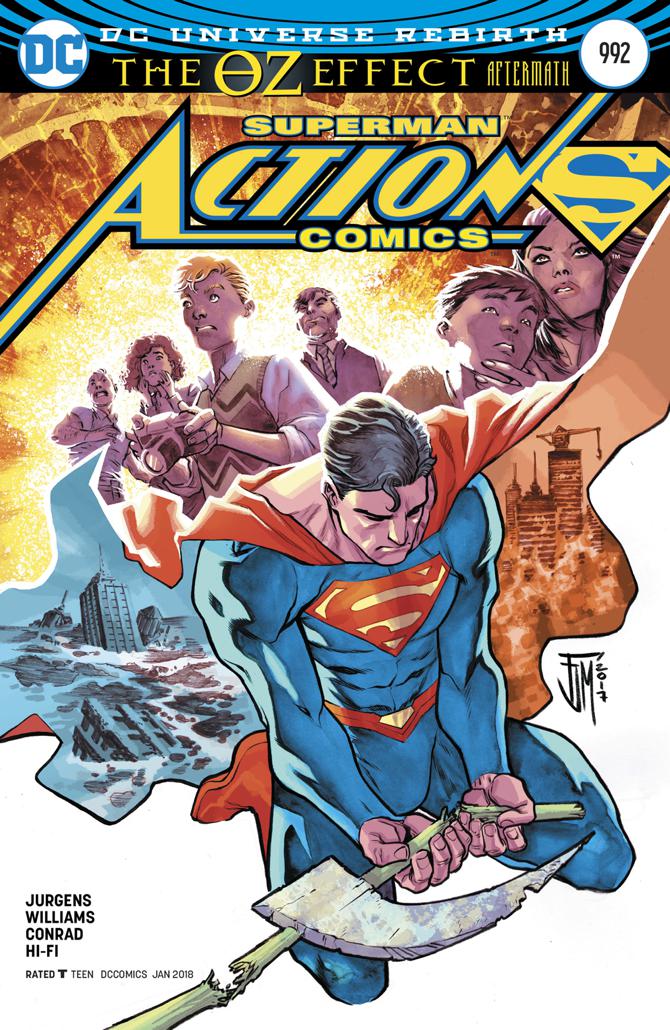 “AFTER EFFECTS”! Crippled by the events of “The Oz Effect,” Superman struggles to regain a sense of hope for humanity. As a strange new threat brews in the background, a faithless Son of both Krypton and Earth must make a choice: stay and fight for his adoptive homeworld, or answer a call from the stars.

Why It’s Hot: Fresh off of The Oz Effect, one of the biggest Superman stories in recent years, Action Comics continues to examine the effect that Mr. Oz revealing himself made on Clark. Now questioning his place on Earth, and in the universe, Superman knows something is wrong and decides to go back to where it all began. What will he find? Will this lead him any closer to the “Mysterious” being messing around with the DC Universe? What old friends will show up? Find out as the Action Comics continues the march to issue #1000.

BETTY & VERONICA: VIXENS #1 – Another anticipated launch from Archie Comics. This time with a unique focus on Riverdale’s favorite duo, Betty and Veronica.

BIG HERO 6: HEROES OF SAN FRANSOKYO – The heroes of Disney’s Big Hero 6 are back with this special one shot from Joe’s Comics just in time for the new Disney XD animated series!

CABLE #151 – Pure 90s nostalgia from the characters down to the art. This story arc may not be for everyone, but if you were a fan of the X-Men of two decades ago you will want to check this comic out.

MOTOR GIRL #10 – The legendary Terry Moore’s most recent series comes to an end!