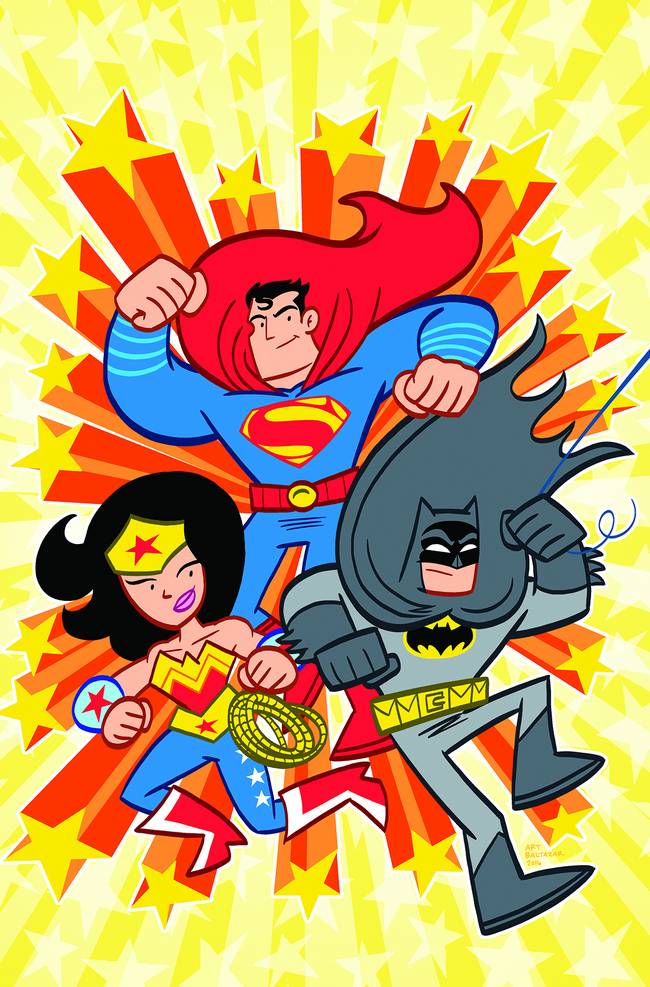 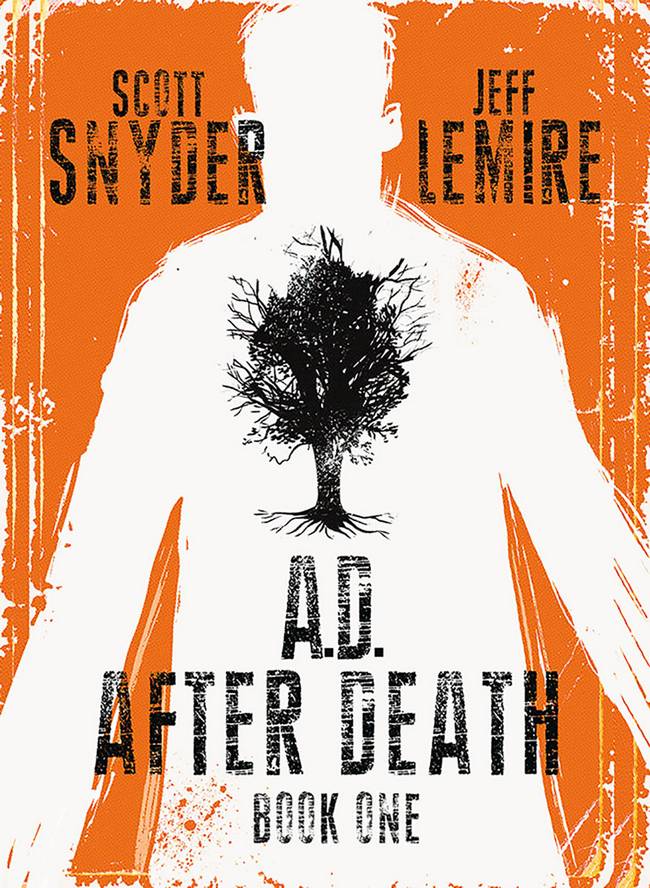 What if we found a cure for death?
Two of comics’ most acclaimed creators, SCOTT SNYDER (WYTCHES, Batman, American Vampire) and JEFF LEMIRE (DESCENDER, Moon Knight, Sweet Tooth) unite to create a three-part epic like no other, set in a future where a genetic cure for death has been found. Years after the discovery, one man starts to question everything, leading him on a mind-bending journey that will bring him face-to-face with his past and his own mortality. A unique combination of comics, prose, and illustration, A.D.: AFTER DEATH will be serialized monthly as three oversized prestige format books written by SNYDER and fully painted by LEMIRE.

Why It’s Hot: Scott Snyder and Jeff Lemire, or as a wise man once said, Nuff Said. 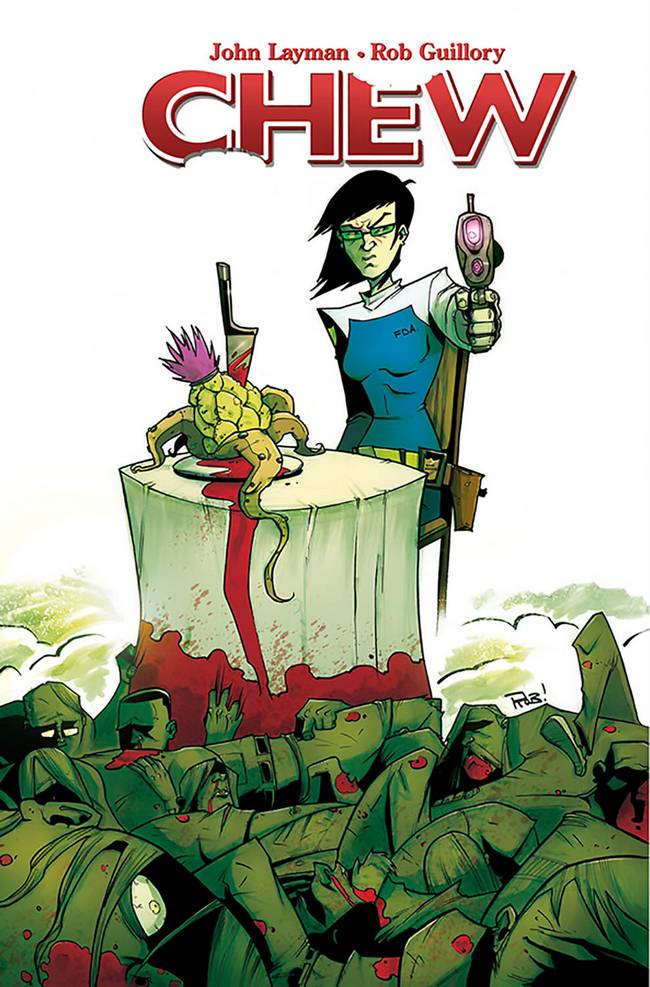 Why It’s Hot: Chew has been good for a long time, and a staple of Image’s lineup for the past 7+ years. It’s going to be sad to see it go. Farewell Chew, and thank you to Layman, Guillory, and everyone involved with the series. How will it all end? 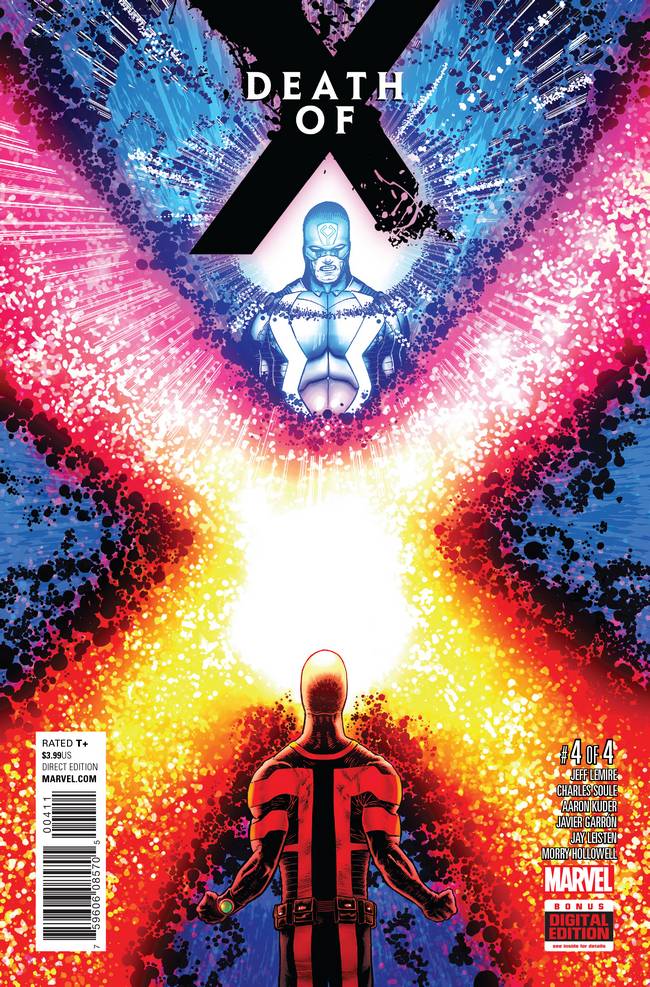 • The first true battle in the Inhumans/X-Men war!
•  Cyclops isn’t the only one who doesn’t make it out alive…

Why It’s Hot: Fans have spent over a year wondering what happened between the X-Men and Inhumans that led to the disappearance of Cyclops in X-books. Now we will finally get an answer just in time for Inhumans Vs. X-Men.

Aw yeah, the World’s Greatest Heroes are back in a new, all-ages miniseries-except for Batman! Superman helps out by cleaning up in Gotham City, where he discovers a clue that sends Wonder Woman into space to find the Caped Crusader. Her journey brings her a step closer to Batman, but can she uncover the truth behind his disappearance? From the award-winning creative team that brought you TINY TITANS and SUPERMAN FAMILY ADVENTURES!

Why It’s Hot: At this point anything this creative team does is going to be a must read title. The best part? The duo’s work is arguably the very best all ages work in comics today. The fact that this particular series features some of the greatest characters around is just a cherry on top. 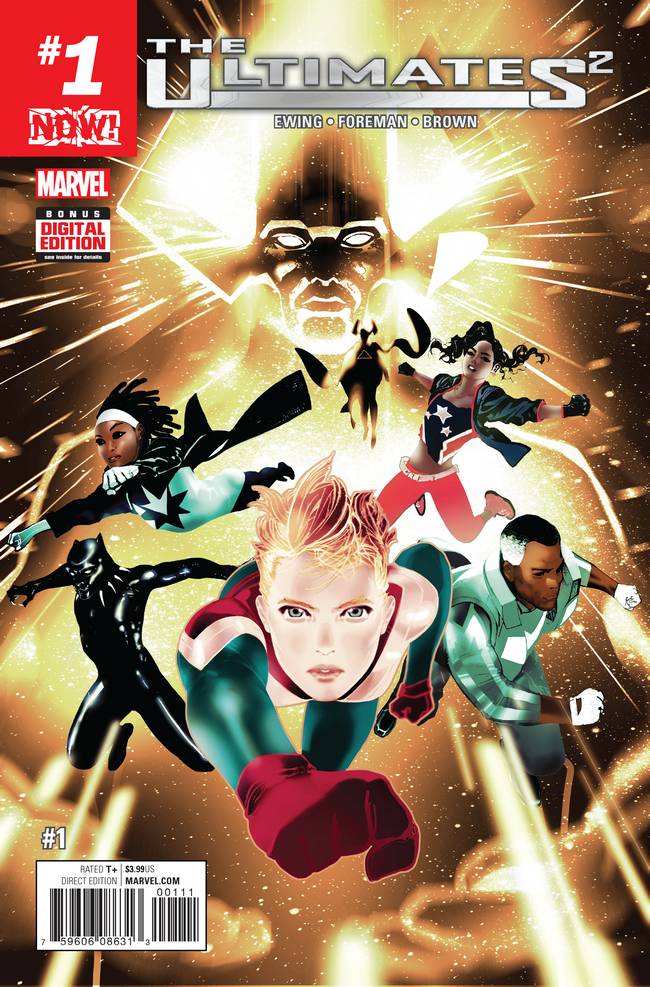 Who – or what – is the Cosmic Jailer? What being is powerful enough to chain Eternity itself? That is the mystery Galactus must solve – before it’s too late. Ultimate problems require ultimate solutions, and Galactus will call on those who helped cure his insatiable hunger. Captain Marvel, Black Panther, Blue Marvel, Spectrum and Ms. America! Together they are the Ultimates, protectors of the Omniverse. But now they are something more – the newest heralds of Galactus, the Lifebringer!

Why It’s Hot: When we last left The Ultimates they weren’t exactly getting along, but Galactus sent his new herald to summon them to save the Omniverse. What Al Ewing and company did with the first series was among the very best work at Marvel over the past year, and with Travel Foreman onboard it’s bound to get bigger and crazier.