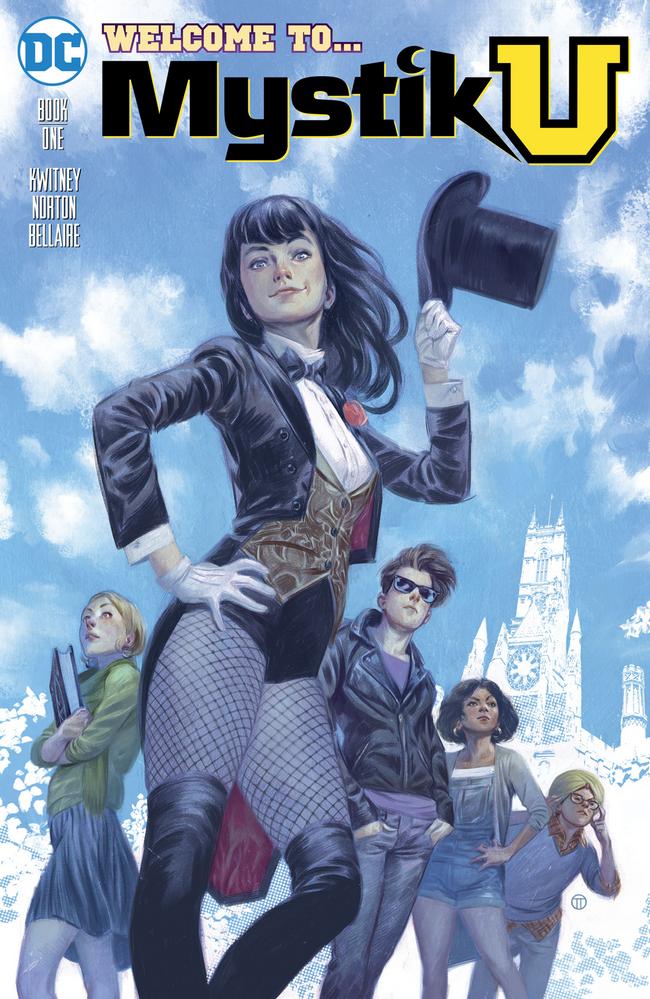 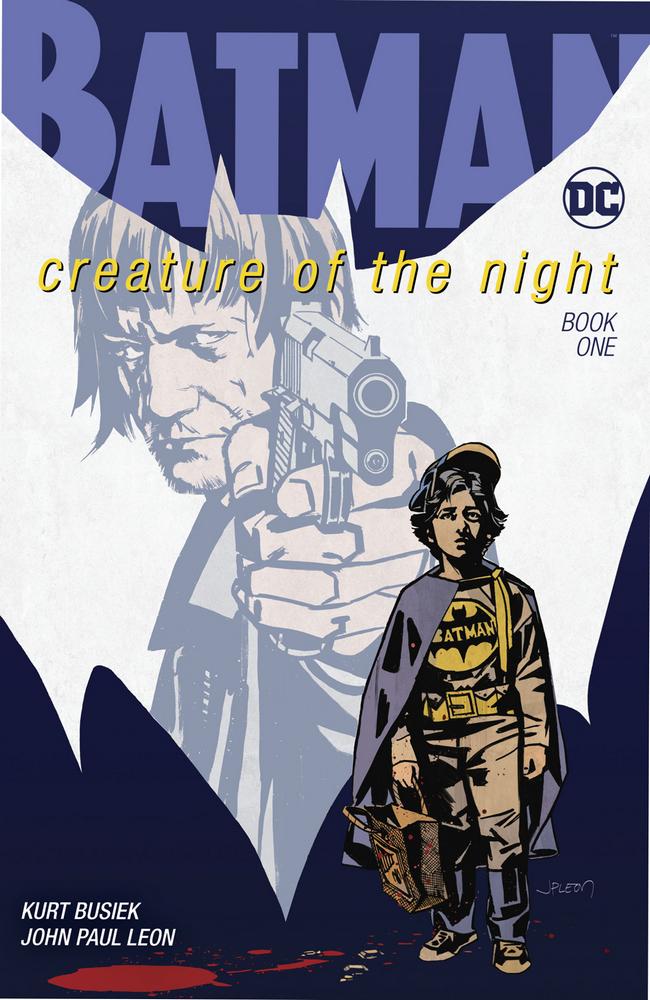 Young Bruce Wainwright lost his parents in a violent crime…and in the real world, no superheroes exist to save the day. But as grief and rage builds inside Bruce until he feels he can’t keep it inside anymore, something strange starts taking wing in the Gotham night! Perhaps Bruce’s grief isn’t inside him after all? Modern masters Kurt Busiek and John Paul Leon unite for the spiritual companion to the beloved SUPERMAN: SECRET IDENTITY, putting a new spin you’ve never seen before on the legend of Batman-and the dark emotions that drive him!

Why It’s Hot: Superman: Secret Identity is one of the greatest Superman stories of the 21st Century. Over a decade later Kurt Busiek returns to tell the spiritual sequel to his 2004 modern classic. This time Busiek has swapped out The Son Of Krypton with The Dark Knight, and added the great John Paul Leon on art. This comic is highly anticipated, and has a lot to live up to in its predecessor. If it can deliver on the hype and promise we will have something special on (or in) our hands. 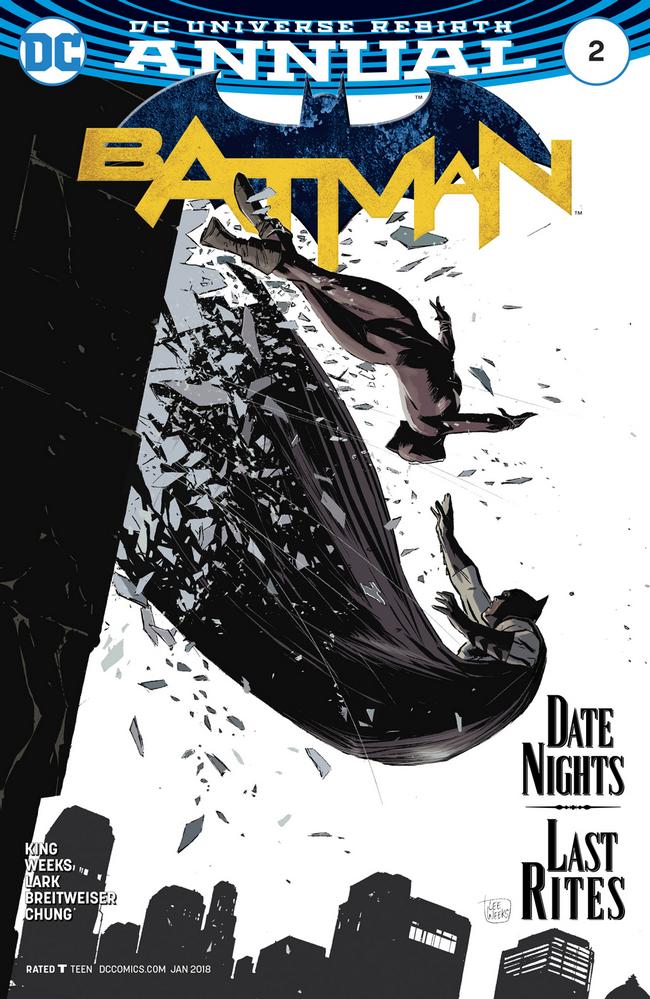 Travel back in time with us to see the early days of the Bat and the Cat. What was Bruce and Selina’s first date? How did this rivalry blossom into romance, and then go right back to being a rivalry again? Tom King reteams with his BATMAN/ELMER FUDD collaborator Lee Weeks to show us a little young love with capes and cowls. And a little crimefighting, too.

Why It’s Hot: The hype has slowly but surely been building for this issue, and for good reason. This comic just might end up being the best single issue DC puts out in 2017, and arguably the best single issue of the year, period. I know it’s easy to sleep on annuals, especially with the cover price. Make sure that doesn’t happen this week, as the work of King, Weeks, Lark and company is worth every bit of the 499 cents it costs. 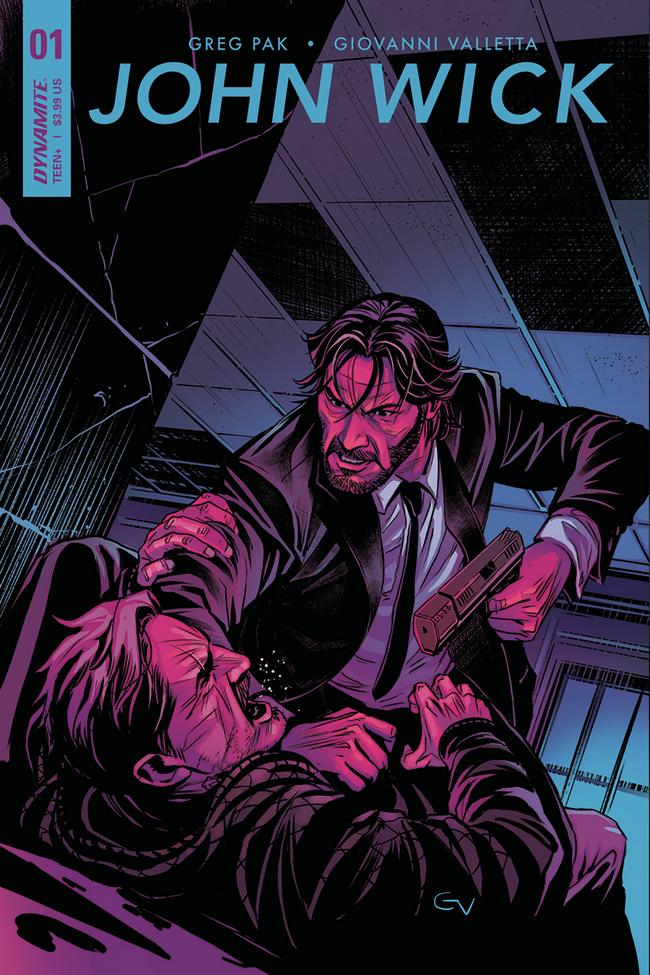 JOHN WICK: BOOK OF RULES PART ONE
When a young John Wick emerges from prison and embarks upon his first, epic vendetta, he comes up against a strange, powerful community of assassins and must learn how to master the Book of Rules that guides their lethal business. What are the Three Bills? Who is Calamity? And who was John Wick before he became the Baba Yaga? Here for the first time, read the thrilling origin story of John Wick, from “Planet Hulk” writer Greg Pak and “Dark Horse Presents” artist Giovanni Valletta.

Why It’s Hot: John Wick makes the jump from the silver screen to the comic page. That alone should get fans of the action franchise excited, but the great Greg Pak is writing the comic! John Wick + Greg Pak? There’s no way this can possibly be anything other than awesome.

Leave the world of the mundane behind and step through the magical doors of Mystik U! After a tragic accident, a young Zatanna Zatara, under the guidance of Rose Psychic, enrolls in a mysterious university that teaches its students how to master their unique brands of magic. Will Zatanna fit in with her new classmates (Enchantress, Sargon the Sorcerer, Faust and more!) and unlock her true potential? Find out in this exciting bimonthly miniseries from novelist Alisa Kwitney (DESTINY) and Mike Norton (Revival, Runaways)!

Why It’s Hot: Comics and their characters are fun. Creators can take all of these awesome characters and tell all sorts of stories with different versions of them. Mystik U is the latest example of this trend, as the magic side of the DCU gets the teen school treatment courtesy of Alisa Kwitney and Mike Norton. This is the type of comic that shows how pliable superheroes can be. Hopefully this series is successful and shows publishers that there is an audience for non traditional superhero fare. If that happens, maybe we will continue to see New and exciting takes on our favorite characters. 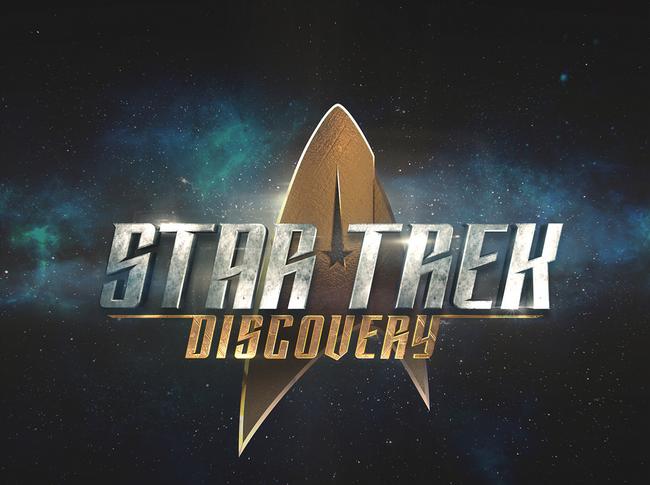 Why It’s Hot: With Star Trek: Discovery bringing the iconic franchise back to the medium where it all began over 50 years ago there’s been a lot of buzz surrounding the series. The show has been slightly divisive, but overall well received. It didn’t take long for IDW to bring these new characters to the comic page, and the action kicks off with a focus on the Klingons. If you’re a fan of the show you won’t want to miss this comic.

* Catalyst Prime: Kino #1 – Lion Forge continues to rollout books in their Catalyst Prime Universe. If you haven’t caught on to the stellar universe building that these comics have been doing, now is a perfect time to see what you’ve been missing.

* Darkhawk #51 – Darkhawk returns as the Marvel Legacy one shots continue! If this issue is anything like the other one shots released so far, it should be good.

* Eternity #2 – Valiant’s absolutely stunning series continues. Did I mention how beautiful this comic is?

* Fu Jitsu #3 – One of the wildest comics on the racks continues to get crazier, as Johnny Unitas joins the fun. Yes, that Johnny Unitas. Yes, you should be reading this comic.

* Justice League Of America Annual #1 – JLA has consistently been one of the best pure superhero comics going these days. Now we find out the answer to one of the series’ most burning questions. It’s time to find out just what the hell Lobo is doing on the team!

* Moon Knight #189 – With the first issue of their run, Bemis and Burrows continued the trend of Moon Knight being awesome. Let’s see what they do for an encore.

* X-Men Blue #16 – Mojo Worldwide was a great start to the Legacy Era for the X-Men titles. Now the nostalgia train keeps rolling with Cross Time Capers, a play on the title from the classic The Cross Time Caper story. The time displaced O5 dealing with time travel? This could be a big arc for the Team Blue.