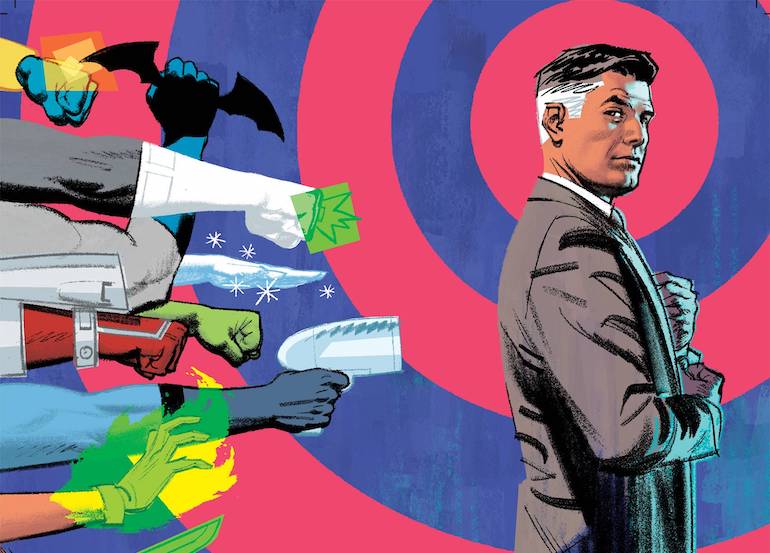 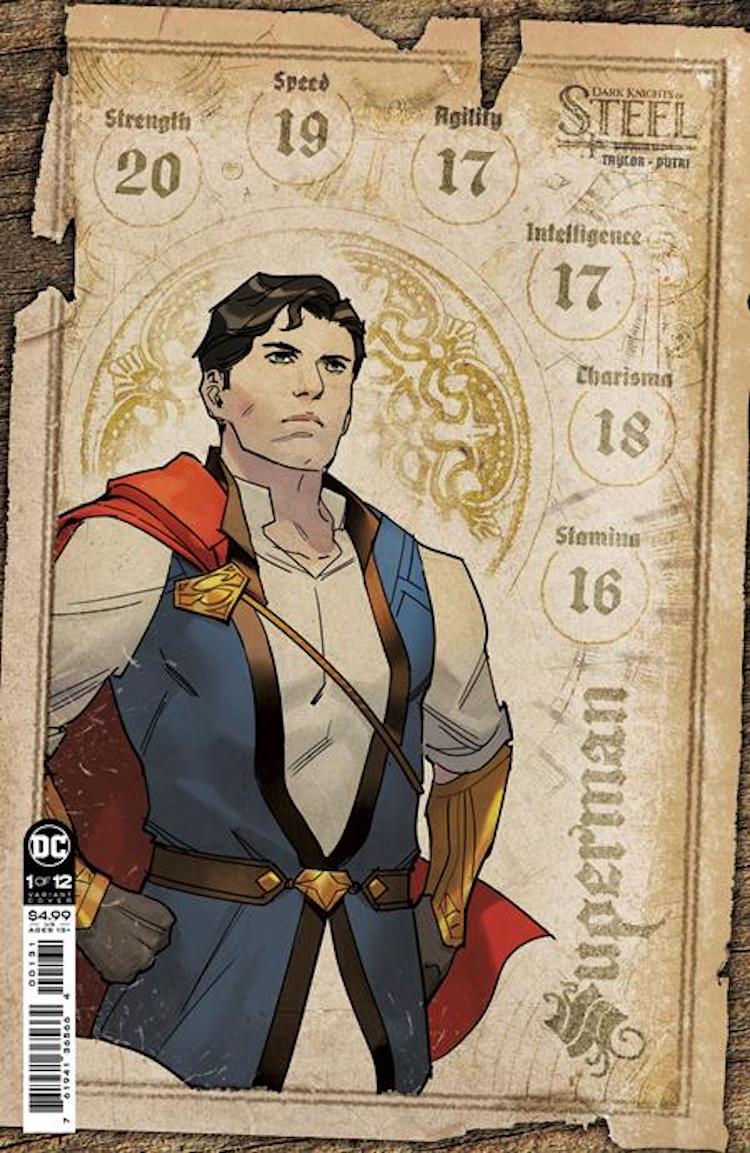 An entire medieval world will be forever changed when a spaceship crash-lands from a doomed planet. Monarchs will die, kingdoms will rise, and what seemed the end of the world for many…was only the beginning! An epic high-fantasy story set in a DC Universe where nothing is what it seems…

Why It’s Hot: Tom Taylor has done it again. There’s nobody better in all of comics at creating out of continuity, alternate reality smash hits. His ability to take iconic characters and give them all some sort of twist while making sure they’re still recognizable to readers is such a fine balancing act. I know he’s great at the in continuity stuff as well, but I wouldn’t mind if he just focused on books like this, Injustice, DCeased, and Dark Ages over at Marvel. He’s just that good at this.

These comics wouldn’t be nearly as great without solid artists joining Taylor, and Yasmine Putri continues that trend. Not only can you easily argue that she’s one of the most talented artists Taylor has worked with, but you’ll marvel at just how perfect her work is in this medieval fantasy. Together the creative team have crafted a wonderful debut issue that is a must read for fans of the creators, fantasy fans, and of course fans of DC Comics. There are big twists, and big swings for the fences in this first issue, and you won’t want to be left behind after the comics almost certainly sells out. This might just be the next big thing we all gather around the Twitter watercooler to discuss in the months ahead. Oh, and how cool is that Superman RPG variant cover? 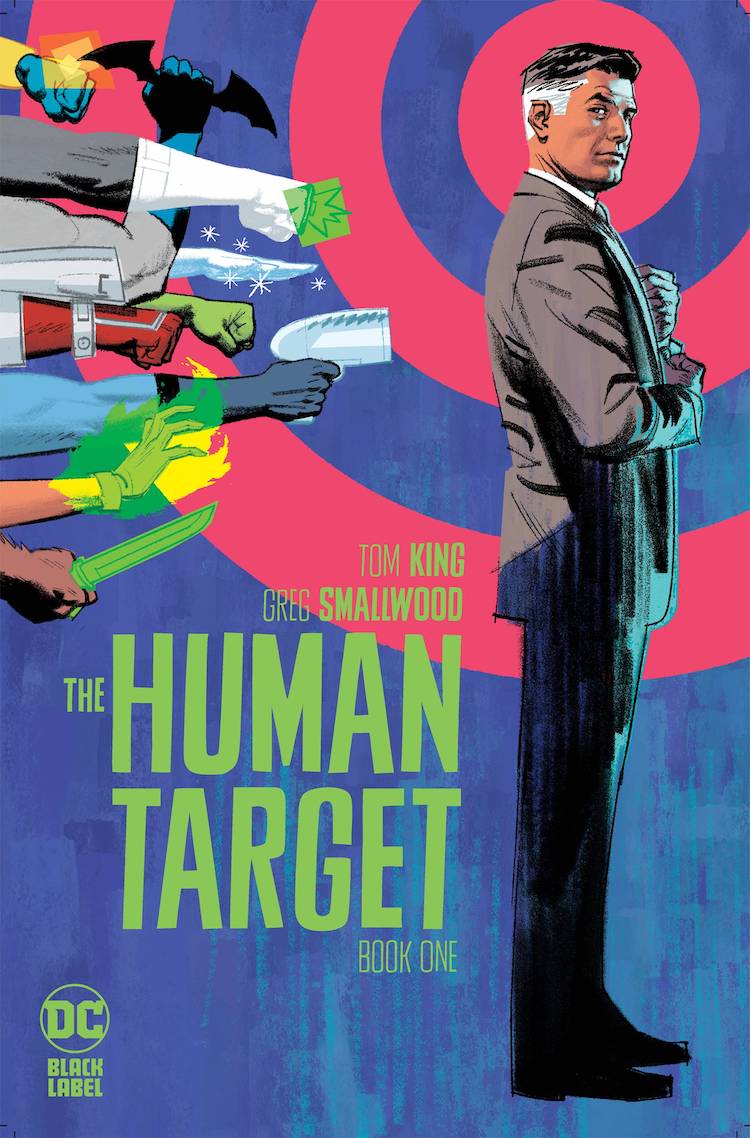 Christopher Chance has made a living out of being a human target—a man hired to disguise himself as his client to invite would-be assassins to attempt his murder. He’s had a remarkable career until his latest case protecting Lex Luthor when things go sideways. An assassination attempt Chance didn’t see coming leaves him vulnerable and left trying to solve his own murder…as he has 12 days to discover just who in the DCU hated Luthor enough to want him dead.

Human Target is a hard-boiled, gritty story in the vein of classic detective noirs told by bestselling and critically acclaimed creators Tom King and Greg Smallwood!

Why It’s Hot: DC Comics is coming out swinging in November with a one two punch from their resident star writers names Tom, because Human Target is just as good as as the first comic on this list. The setup is phenomenal, the mystery isn’t run of the mill, the inclusion of some very familiar characters is awesome, and Greg Smallwood is an absolute beast of an artist. You’ll be hard pressed to find a comic book better than this one at your LCS this week… maybe even this entire month! 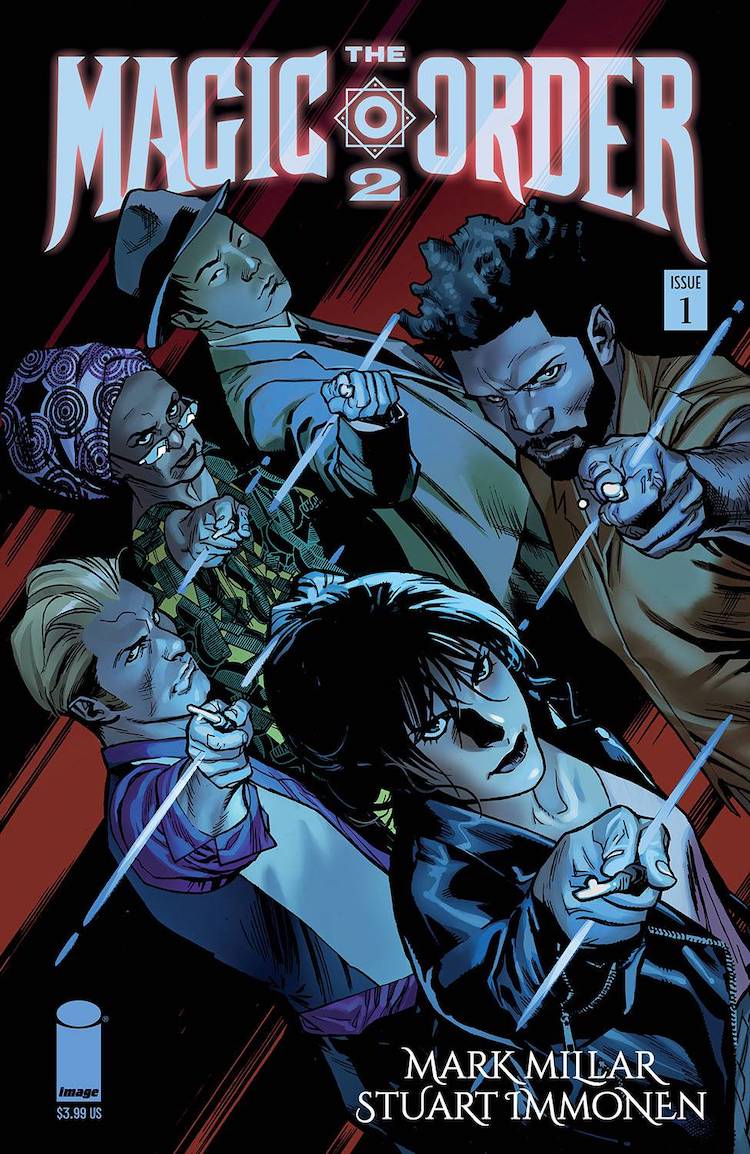 A magical turf war like you’ve never seen before! The London chapter of the Magic Order has entered the scene, and these tough Guy Ritchie-style gangsters have a problem with the Eastern European Warlocks moving into their territory. Can new leader Cordelia Moonstone keep the peace?

Celebrate Halloween with the return of your favorite horror series, sequel to the smash-hit first volume by MARK MILLAR and OLIVIER COIPEL. This new arc is drawn by the peerless STUART IMMONEN (Empress, Star Wars, New Avengers) and is set to be as massive and captivating as the first.

Why It’s Hot: When talking about the new volume of The Magic Order you can talk about Mark Millar’s superstar formerly creator owned, now Netflix owned empire known as Millarworld. You can talk about the previous volume being one of the better Millarworld entries, or you can talk about the change in artists this time around with the legendary Olivier Coipel not returning for the sequel. The only thing you REALLY have to know and talk about with this one is that Millar somehow replaced one legend with another. Stuart f’n Immonen is back… Nuff said! 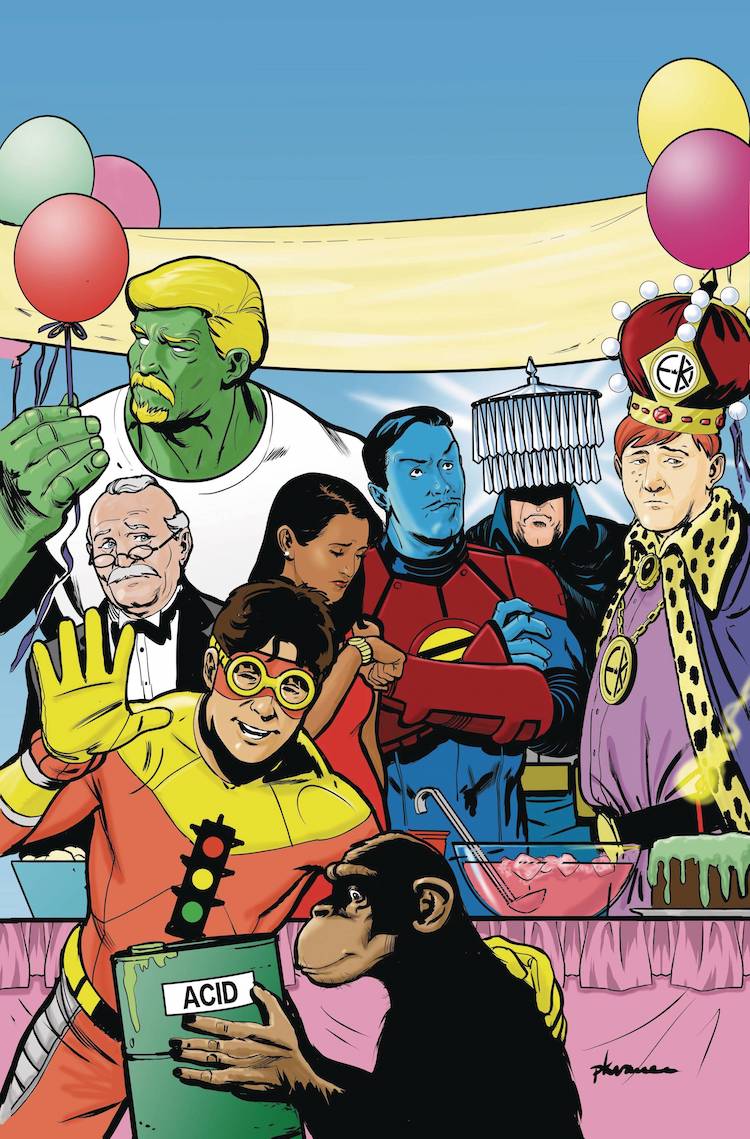 A sharp super-hero spoof from a stellar team that includes co-creators of Irredeemable and Second Coming! In Gravel City, the super-villain Emperor King has devised not only a sadistic death trap for his arch-enemy, The Accelerator, but also the means to penetrate the top secrets of his other arch-enemy, The Chandelier! Important new comic book universe begins here, we say sarcastically!

Why It’s Hot: Ahoy Comics has been quietly going about their business since the company launched in late 2018, and their business has been putting out good comics that deserve more attention. Fans of the publisher will recognize the names of Mark Russell and Bryce Ingman, as they have put in more hours for Ahoy than *just* about anybody not named Tom Peyer. As one would expect from a comic with these names on the cover, My Bad is a really funny satirical look at the world of superheroes, and industry veteran Peter Krause is a slam dunk choice of artist. If all of this sounds up your alley then you can grab this one off the rack with confidence this week! 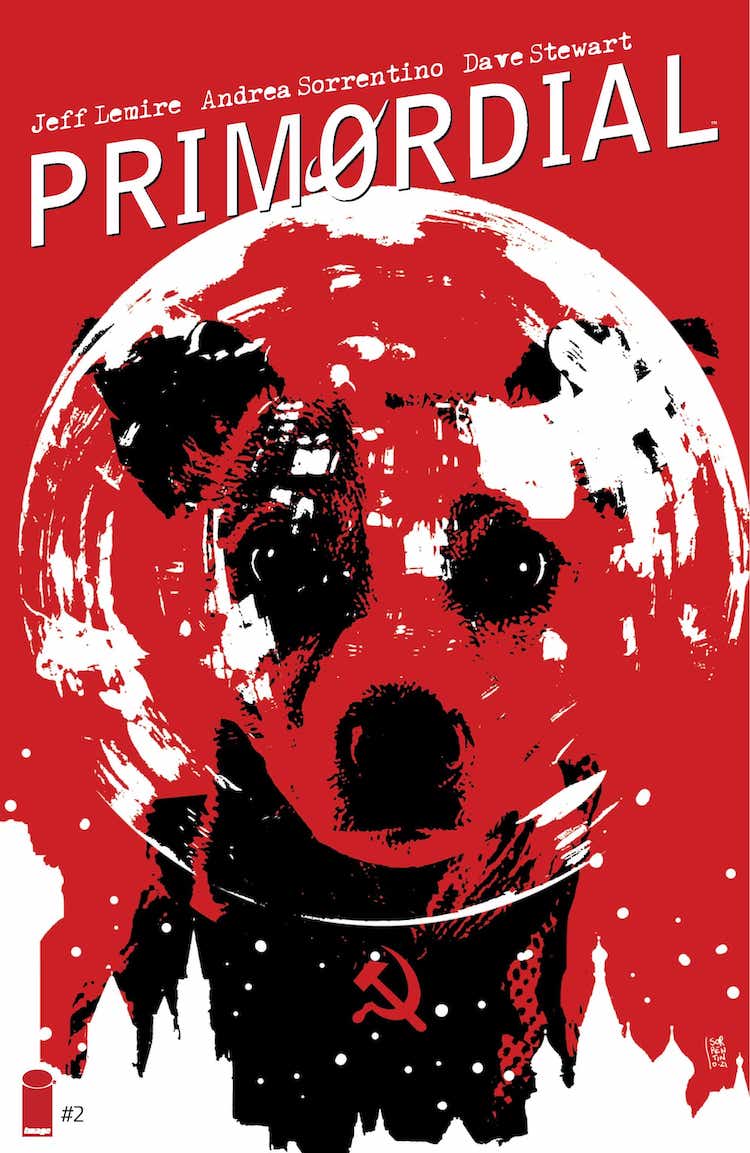 As Laika’s mission strays far from the launch plan, the origins of her involvement are illuminated. Back on Earth, Dr. Pembrook attempts to uncover the truth in West Berlin.

Why It’s Hot: I don’t know how many more superlatives we can bestow upon the creative team of Jeff Lemire and Andrea Sorrentino. Every single time they’ve worked together from Green Arrow on they’ve ended up making magic. It appears that trend will continue here with Primordial, and if you didn’t grab the first issue for some reason this is me reminding you to pick both issues up this week if possible.