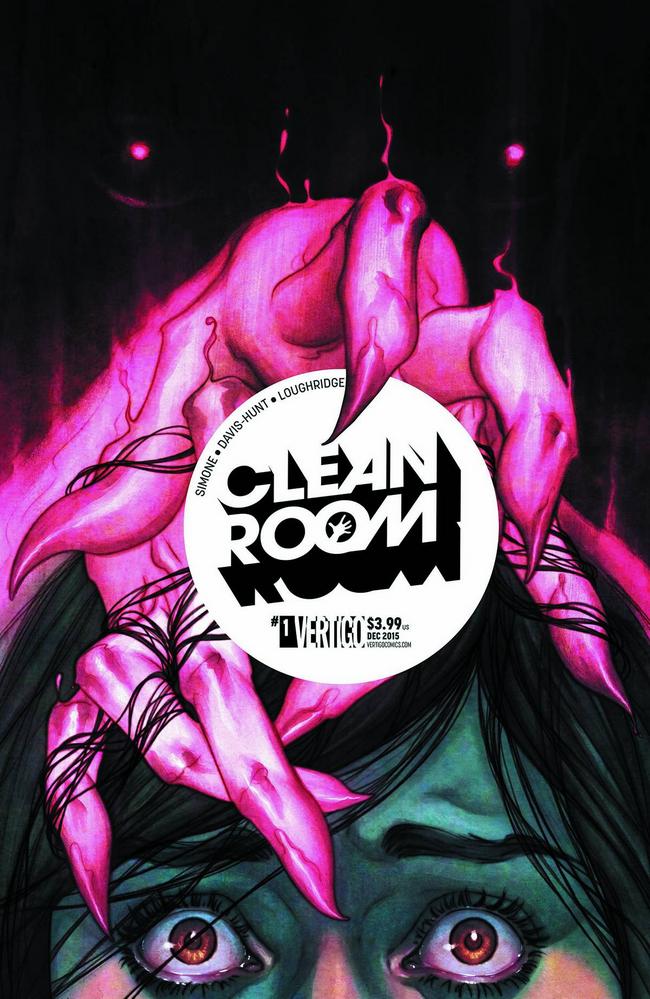 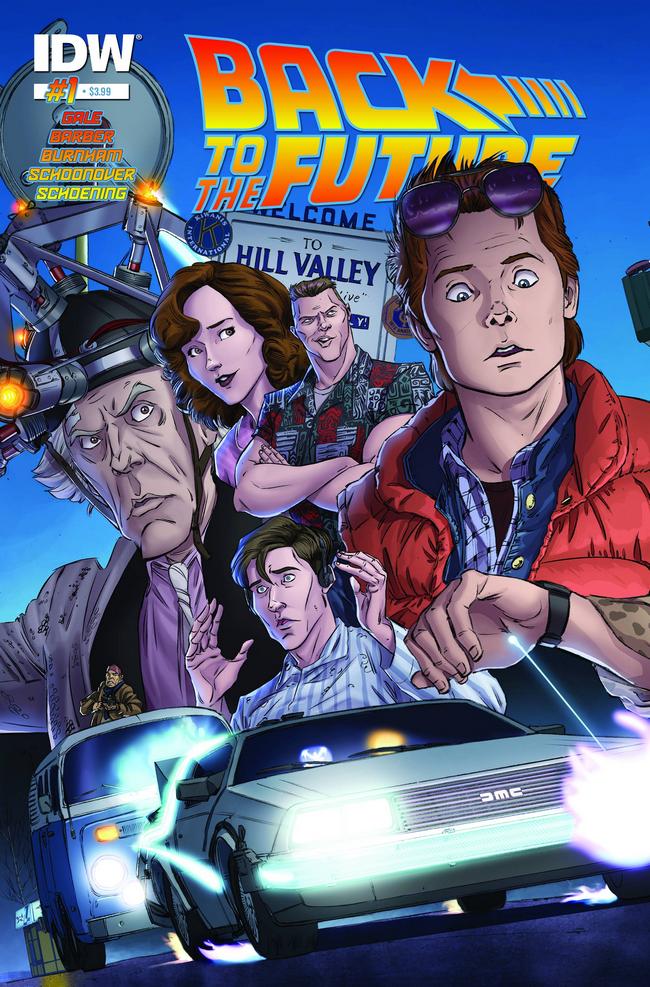 BACK TO THE FUTURE #1
Written by Bob Gale & Various
Art by Brett Schoonover & Dan Schoening
Published by IDW Publishing – $3.99

“Untold Tales and Alternate Timelines,” Part 1: Back to the Future creator/screenwriter Bob Gale returns with all-new tales from the twisting and turning timeline that made Back to the Future a, well… timelesspop-culture phenomenon! Take a trip back to 1985 and be there when Doc Brown and Marty McFly first meet, and then jump even farther back, to 1945, to witness Doc’s involvement in the super-secret Manhattan Project!

Why It’s Hot: What perfect timing for a Back To The Future comic. It’s as if they planned it this way. The Cubs are deep into the MLB Playoffs, October 21st is among us, and Bob Gale is back to tell new stories featuring some of the most popular characters of the past 30+ years.

It’s the start of the first Vertigo series from fan-favorite writer Gail Simone, with 2000AD artist Jon Davis-Hunt! Astrid Mueller is the enigmatic and compelling guru of a giant self-help organization-a devastatingly powerful figure in the industry between psychology and religion. Journalist Chloe Pierce’s fiancé decided to pick up Astrid’s book, and within three months he was dead. Something in Astrid Mueller’s book made Philip blow his brains out all over Chloe’s new kitchen.

Now Chloe is on a mission to find out who Astrid Mueller really is. What is this Clean Room she’s been hearing about where your deepest fear and worst moments are revealed? Chloe intends to immerse herself in the Clean Room and wreak havoc on Astrid’s empire.

Why It’s Hot: DC’s Vertigo line is going through a remodel with several new titles launching over the next few months. One of the most anticipated of these new books features one of fandom’s most beloved writers in Gail Simone making her Vertigo debut. This book has all of the potential to be amazing. 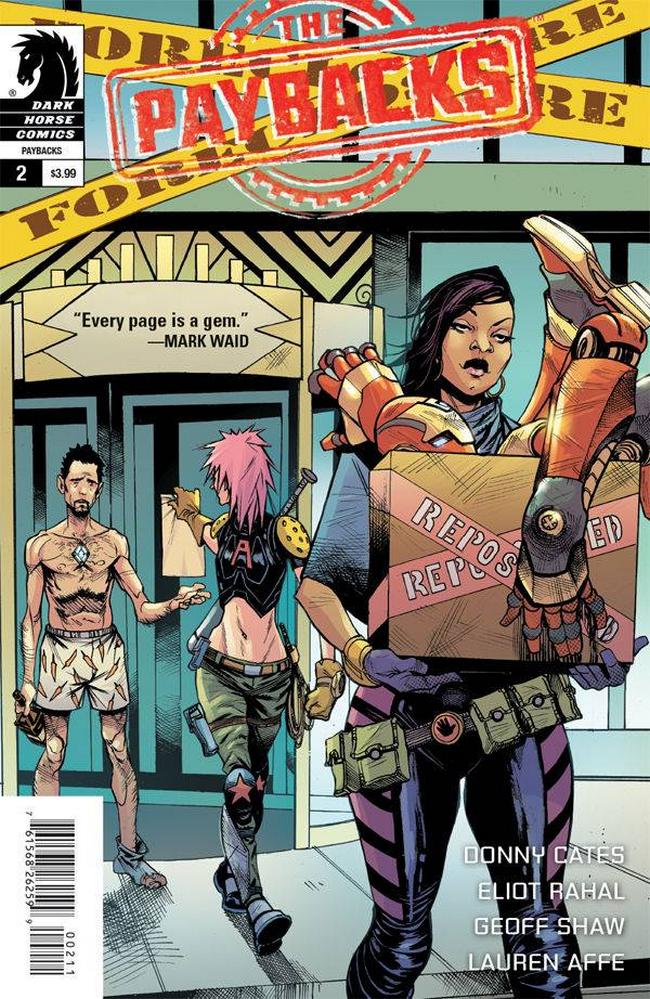 When the world’s greatest superhero team, the Command, defaults on their loans, their secret underwater base becomes the property of the Paybacks! It’s Night Knight’s first mission with the superhero repo squad, and the foreclosure goes smoothly . . . until it really, really doesn’t. I mean, High Guard can see through walls, you know? How do you sneak past that?

Why It’s Hot: Set in the same universe as the critically acclaimed Buzzkill, The Paybacks quickly established itself as something completely different than its predecessor, but just as brilliant. The first issue was one of the best debuts of the year, and the fun continues this week. 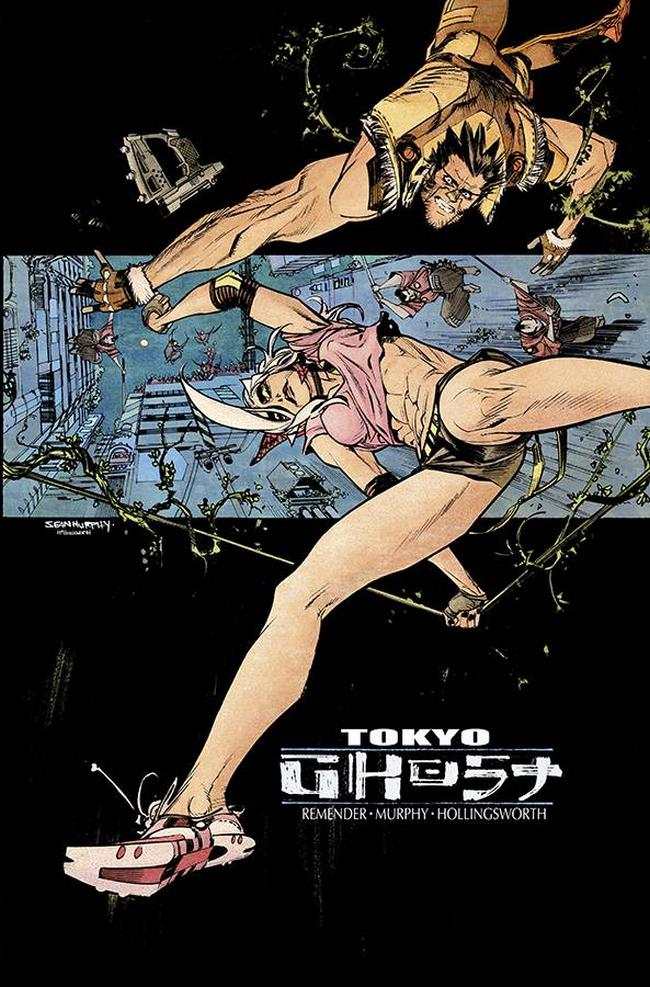 Constables Led Dent and Debbie Decay are given their final mission: purge their bodies of all technology and invade the Garden Nation of Tokyo.

Why It’s Hot: You think you know Tokyo Ghost, but you don’t. The first issue was great, but you haven’t seen anything yet. Two of the top creators in the business today putting out some of the best work of their careers.

Meet the Uncanny Inhumans. MEDUSA! BLACK BOLT! TRITON! READER! HUMAN TORCH?! BEAST?! It’s eight months later and everything is different for the Inhumans. Medusa and Johnny Storm are an item. Black Bolt is running covert missions of his own. And something so big happened between the Inhumans and the X-Men that Beast is now on the side of the Inhumans. And if that’s not enough, the most dangerous villain throughout Marvel’s history is against them-KANG THE CONQUEROR. Don’t miss what the epic team behind DEATH OF WOLVERINE (Charles Soule and Steve McNiven) have in store for you. All this plus a bonus story by Charles and Brandon Peterson (UNCANNY X-MEN).

Why It’s Hot: All New All Different Marvel is positioning the Inhumans as the next big thing with a huge role to play in the new universe. You know Marvel means business when they bring Steve McNiven aboard a project. He’s the man the drew Civil War, and killed Wolverine (With Charles Soule). There isn’t a bigger artist for Marvel to call in. Charles Soule has proven to be no slouch as well, as he has become one of Marvel’s go to writers. Two top creators reunited to work on a book featuring characters that are becoming most important to the Marvel Universe. In other words, this is a must read book for Marvel fans.