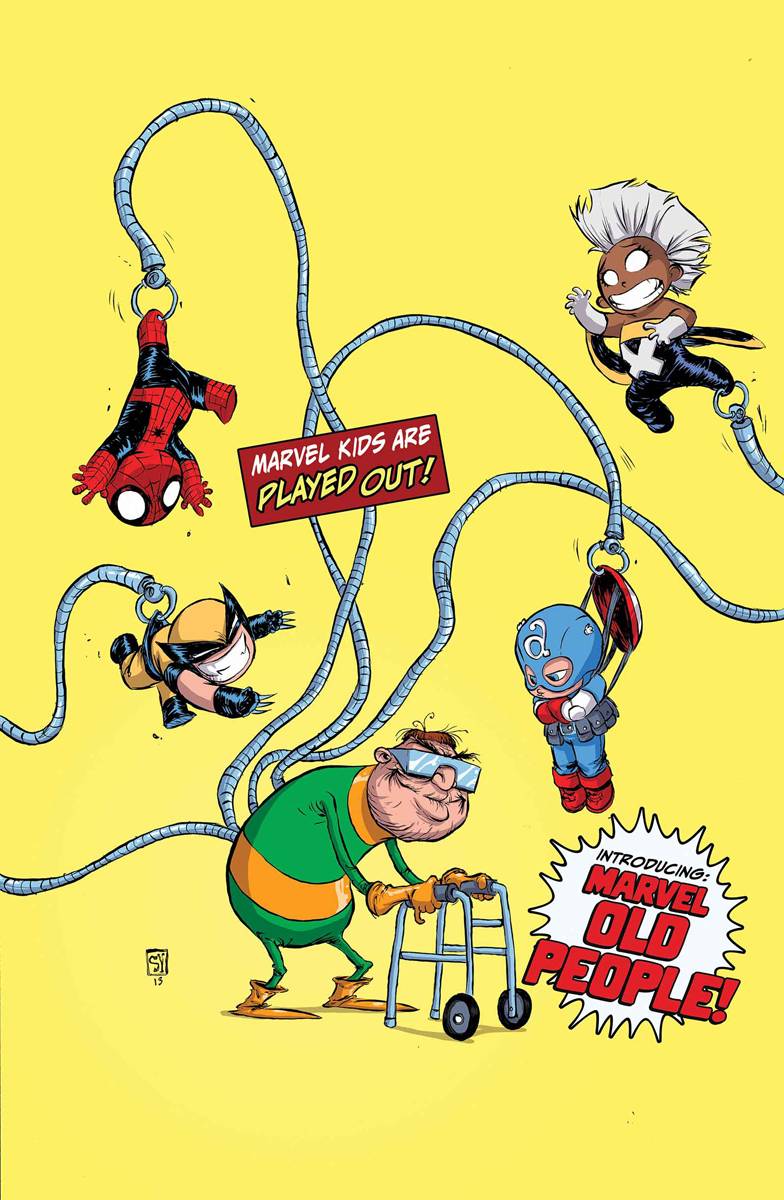 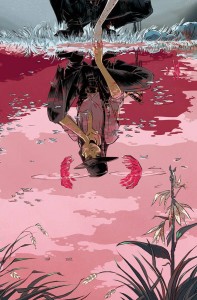 KELLY SUE DECONNICK (Avengers Assemble, Captain Marvel) & EMMA RÍOS (Dr. Strange, Osborn) reunite to bring you an all-new ongoing series that marries the magical realism of Sandman with the western brutality of Preacher.  Death’s daughter rides the wind on a horse made of smoke and her face bears the skull marks of her father. Her tale of retribution is as beautifully lush as it is unflinchingly savage.

Why It’s Hot: Prepare yourself for the lyrical tale of a woman wronged in the Old West, a bizarre and deadly spectre that comes when she’s needed. This is DeConnick let loose on a bold new world of her own making, and it isn’t to be missed. Check out the Comicosity advance review! 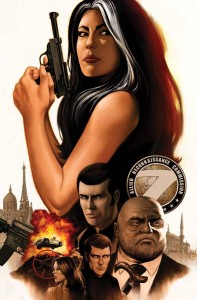 ED BRUBAKER and STEVE EPTING redefined Captain America with the “Winter Soldier” saga… and everything they’ve done so far has been leading to VELVET!

When the world’s best secret agent is killed, Velvet Templeton, the Personal Assistant to the Director of the Agency, is drawn off her desk and back into the field for the first time in nearly 20 years… and is immediately caught in a web of mystery, murder and hi-octane action.

Sexy and provocative, with a dark twist on the spy genre, this EXTRA-LENGTH first issue by two of the industry’s best-selling creators will knock you out!

Why It’s Hot: Ed Brubaker is the master of the femme fatale figure in comics, having transformed that cliché into one of the most compelling archetypes in modern comics over and over. Velvet is another fantastic contribution to the genre and one not to be missed! Check out the Comicosity advance review! 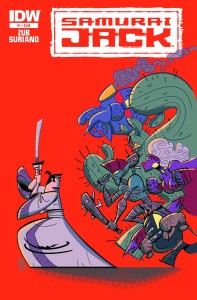 Cartoon Network’s hit animated series is back at IDW! The legendary samurai known only as ‘Jack’ is stranded in a strange future ruled by the demonic wizard, Aku. His quest to return back to the past has tested him many times, but now the stakes are higher than ever. Can an ancient relic known as the Rope of Eons finally take him home? Writer Jim Zub (Skullkickers, Street Fighter) and artist Andy Suriano (Character Designer on the original Samurai Jack TV series) begin a new era of samurai adventure!

Why It’s Hot: The fan favorite character is back, joining IDW’s fleet of other all-ages comics. And with Jim Zub at the helm, the fun is clearly just beginning! 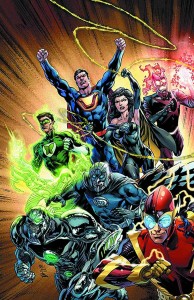 A “Forever Evil” tie-in! THE JUSTICE LEAGUE IS DEAD! But who’s at the top of the food chain now? And what does BLACK ADAM have to say about it?

Why It’s Hot: Featuring the secret origin of Ultraman, the Crime Syndicate’s own Superman, this issue will likely be a great pairing with last month’s Secret Society #1, that featured the origin of his partner in crime, Owlman. With that team taking center stage in Forever Evil, and Johns at the helm of both titles, you can be sure this one will be blazing up the shelves. 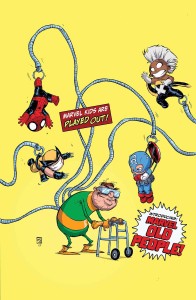 •  Get ready for the NOWest book in Marvel NOW History – Marvel NOW WHAT?!
•  SEE NOW! Captain America get Cat Fished! SEE NOW! The Intervention of the Watcher! SEE NOW! The Wedding of Thor and Storm!
•  All that and more as a cast of comedy’s shining stars and Marvel’s most exciting
artists bring you the stories of Marvel NOW that you never thought you’d ever
want to see – but you do want to see it, and you want it NOW!

Why It’s Hot: Time for Marvel to poke a little fun at itself, and for fans to go along for the ride. Plus, Skottie Young’s handprints are all over this one. Well worth the purchase even for the chuckles in the preview.