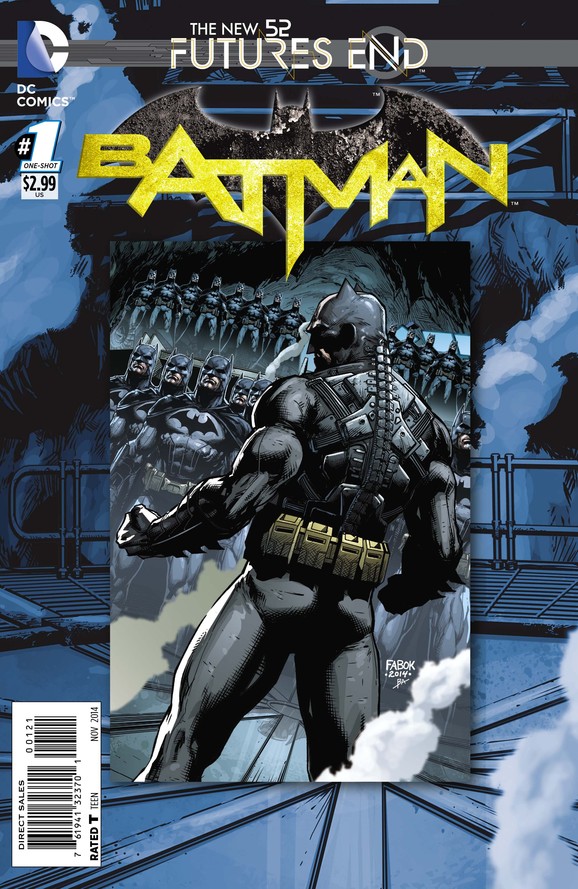 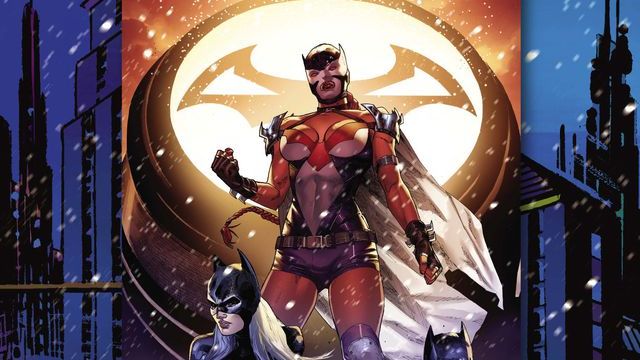 It’s five years later, and Barbara Gordon has become Bête Noire – a.k.a. The Black Beast! Part Batman and part Bane, she leads a squad of female agents through the Gotham Underground!

Why It’s Hot: Last week saw Jeff Lemire say goodbye to Green Arrow, and this week brings yet another goodbye, as the great Gail Simone’s final issue of Batgirl hits the stands. Simone has arguably done more for the character of Barbara Gordon than any writer since the character was created. When DC decided to take Barbara out of the wheelchair in the New 52, Simone took a potentially disasterous PR situation and handled it with grace. When word came down that she was unceremoniously fired from the book, the outpouring of fan support was so overwhelming that Simone was reinstated. Her work with female characters, LGBTQ characters, and POC characters have helped give people of all backgrounds mainstream comic book characters they can see themselves in. To put it mildly, her work on Batgirl has been important. While Simone’s final issue is tied into the Futures End event, it is still a milestone that shouldn’t be missed. As Barbara Gordon moves on to a new creative team with a new direction, the next creative team, and every team from here on out will owe a debt of gratitude to the work that Gail Simone did with the character. Thank you Gail! 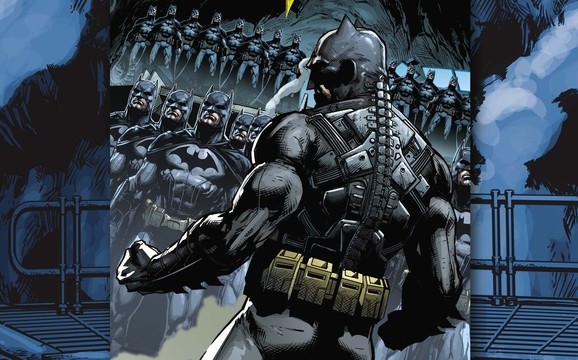 It’s five years later and Bruce Wayne is using dangerous science to help him continue his war on crime. What is it, and what forced Bruce to resort to such extremes?

Why It’s Hot: What exactly is Bruce Wayne been up to in the Futures End timeline? We haven’t seen him in the ongoing weekly, the Detective Comics: Futures End one shot asked more questions than it answered. What has happened to Bruce Wayne? What does it mean for Batman? Find out here, as Scott Snyder & Ray Fawkes reveal the shocking Futures End status quo of the world’s most popular comic book character.

Writer JAY FAERBER and the art team of SCOTT GODLEWSKI & RON RILEY bring you this gritty 24th Century Western with an extra-long first issue for the regular price of $3.50!

Why It’s Hot: Copperhead is an alien murder mystery western that the great Brian K. Vaughn has called his new favorite comic. Everything about that last sentence makes this book one of the most anticipated of the month. A great concept, solid creative team, and positive advanced buzz usually add up to a great comic. Don’t sleep on this book when you walk into your LCS this week!

• The Peter Parker of the 1930’s finds himself not only up against Mysterio, but knee-deep in the Spider-Man event of 2014!

Why It’s Hot: Spider-Verse is going to be the biggest Spider-Man event in recent memory. It’s been claimed by people involved with the event that every version of Spider-Man ever created will involved. Edge of Spider-Verse gives readers insight into some of these versions of Spidey, and some that have never been seen before! The series features stories by great creative teams with unique spins on the Spider-Man concept. David Hine, Fabrice Sapolsky, and Richard Isanove get the party started by bringing back the Noir universe and the Spider-Man of the 1930s!

Greg Rucka’s fan favorite private eye is back in a new ONGOING series illustrated by Justin Greenwood (Image Comics’ THE FUSE)! Things never go according to plan for Dex Parios–it doesn’t matter whether it’s work or play. When a weekend of soccer fun (both playing and watching!) turns ugly, it’s up to Dex to get to the bottom of the violence before a heated rivalry transforms into an all out war!

Why It’s Hot: Dex Parios and Stumptown Investigations are back in a new ONGOING series! If you haven’t read either of the previous volumes all you need to know is that Stumptown is Greg Rucka writing a mystery starring a flawed female character who is really good at her job. If that sounds like something that would make for a great Greg Rucka book, you would be right. There is no better time than now to jump on board! If you’d like to read more about Dex, our own Matt Santori-Griffith recently sat down with Greg Rucka as part of the great Game Changers series here on Comicosity!