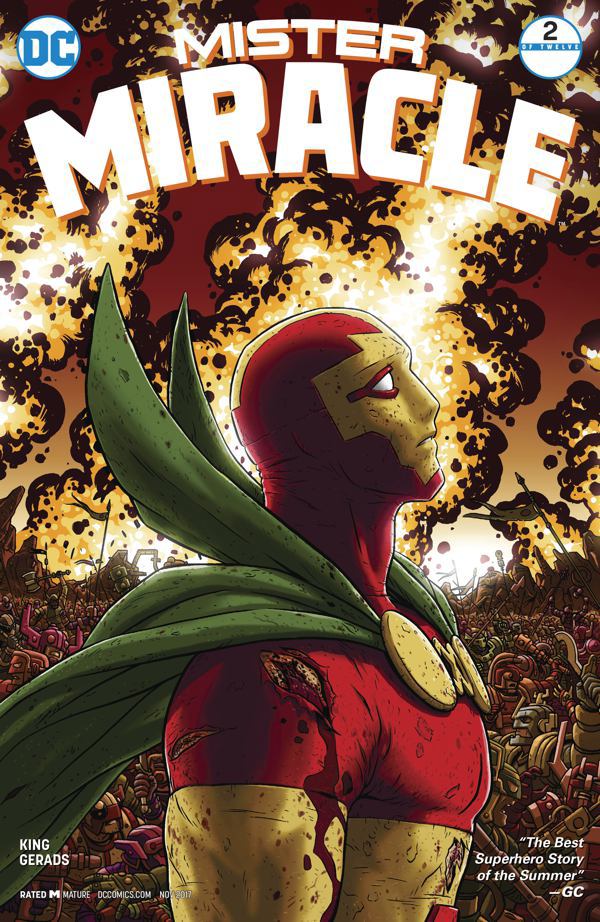 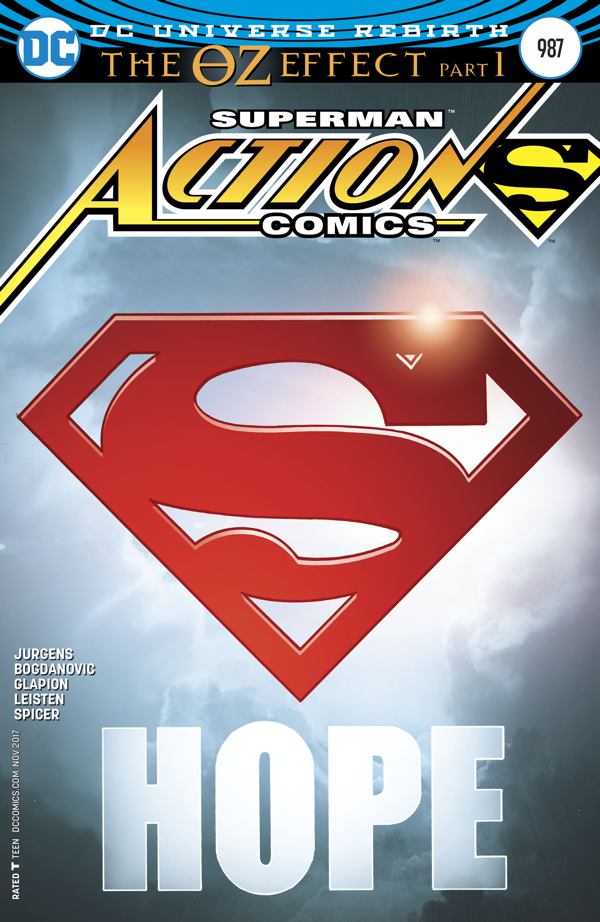 “THE OZ EFFECT” part one! The agents of the mysterious Mr. Oz begin to move as the Man of Steel works to stop the chaos they unleash in Metropolis and across the globe. But when Mr. Oz steps from the shadows his identity rocks the Last Son of Krypton to his core. The story that began in DC Universe: Rebirth #1 begins to end here!

Why It’s Hot: Here we go. One of the biggest mysteries of the DC Universe is about to be solved, as the identity of Mr. Oz will be revealed in The Oz Effect. The answer to the question that has had fans speculating for over three and a half years will shake Superman to his core. It’s only appropriate that Dan Jurgens, the man who killed Superman, is helming another huge turning point for The Man Of Steel. Joining the veteran scribe is star in the making Viktor Bogdanovic, whose work on New Superman has been nothing short of stellar. The German artist might just have my favorite take on Superman/Clark Kent since Gary Frank. I can’t think of higher praise, as  I consider Frank to be the best Superman artist ever. To recap, Action Comics #987 is the beginning of huge story from an all time great Superman writer featuring art by a relatively new superstar level talent looking to cement his place among the elite. This has all of the ingredients for a HOT comic. 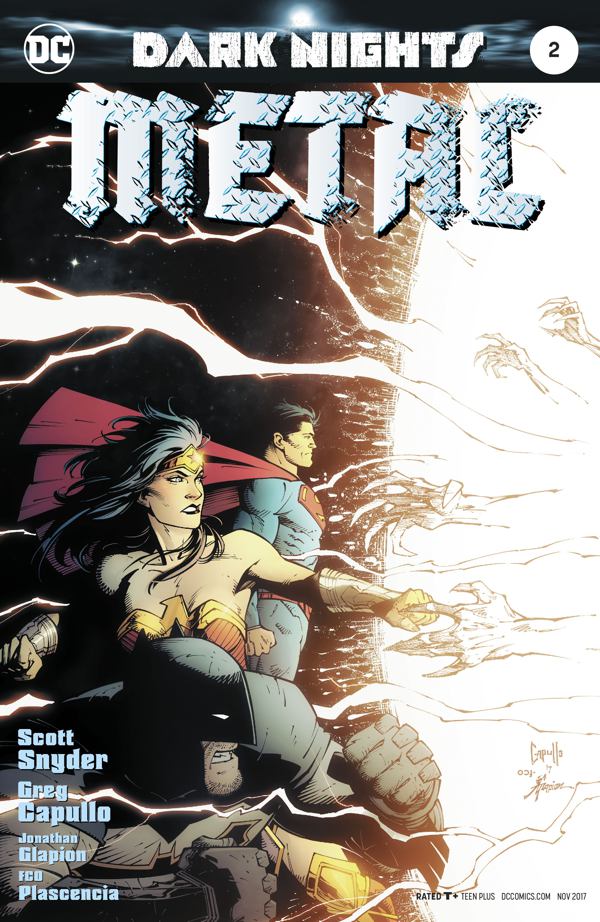 As Superman and Wonder Woman hunt for a missing ally, Batman investigates a mystery spanning centuries. When the World’s Greatest Detective discovers a foe even greater than the Justice League could possibly imagine, will Earth’s heroes be ready?

Why It’s Hot: I can’t say I saw the last page of Dark Nights: Metal #1 coming. It was a game changer for the DC Universe on multiple levels, and the fact that it was allowed to happen should help reassure fans that this event is going to be good. You have Snyder and Capullo reunited for an event that plays off of not only their historic run on Batman, but the great Grant Morrison’s, along with his Multiversity. All of this while connecting to the larger tapestry of the DC Universe. So far, this event series is a love letter to DC continuity by using what has come before to create new concepts and ideas that any fan can enjoy. It’s as if Scott Snyder is taking the best of his work, and cranking the volume  up to eleven while channeling both Grant Morrison and Geoff Johns. The end result is lives up to its name, and I can’t wait to see where this one goes. 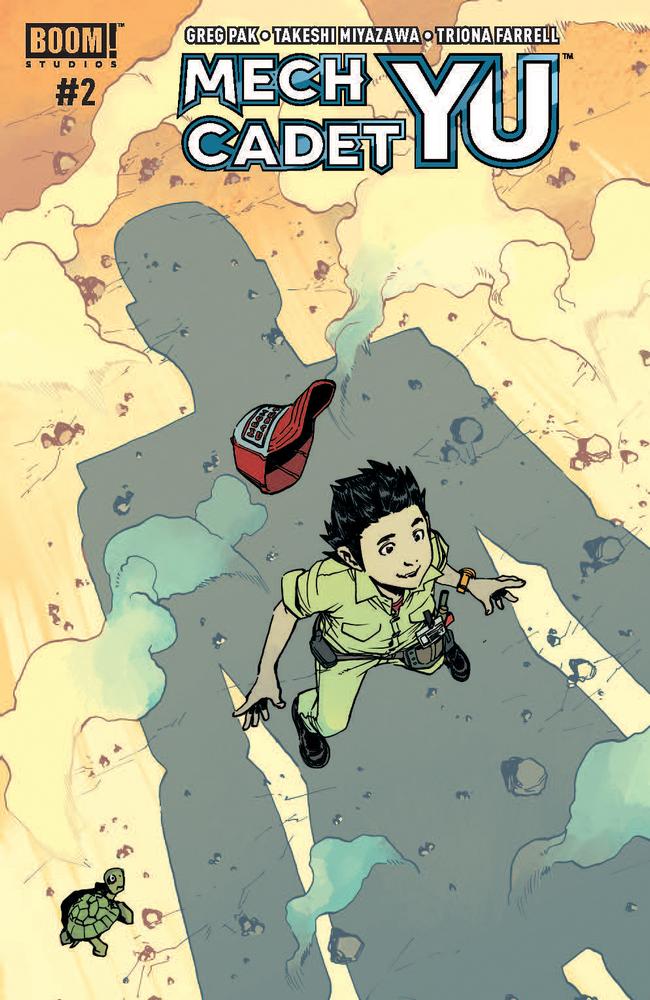 It’s Stanford’s first day at school, and he and his mech will have to see if they can keep up with the other students.

Why It’s Hot: After the amazing response to the first issue of Mech Cadet Yu, BOOM! Studios announced that the miniseries was elevated to an ongoing. The decision was well deserved, as Pak, Miyazawa, and the rest of the creative team have out together a wonderful all ages comic. A mix of Iron Giant, Pacific Rim, and the Harry Potter series, Mech Cadet Yu has all of the potential to be the next big franchise. Don’t be surprised if a few years down the road if you find yourself sitting in a movie theater waiting for the adaptation of your favorite comic to begin. This series has THAT sort of potential.

What do you do after the most death-defying act of your escape artist career? You go to war, of course! Scott Free has skipped out on his trip to the great beyond and taken a boom tube to New Genesis instead, where he and his wife, Big Barda, take on the invading hordes of Apokolips. Things are a little off, however, and Mister Miracle starts to doubt why he’s fighting when Orion takes over the mantle of Highfather. It’s enough to make a New God miss Granny Goodness’s orphanage! From Eisner Award-nominated writer Tom King and artist Mitch Gerads, the team that brought you THE SHERIFF OF BABYLON and the recent Swamp Thing crossover in BATMAN #23!

Why It’s Hot: The first issue of Mister Miracle took the comic book world by storm. Released the month of what would have been Jack Kirby’s 100th birthday, the creative honored “The King” by taking one of his great creations and taking it to the next level. This week issue two looks to somehow top the debut, and I have a feeling it will. King, Gerads, and editor Jamie Rich have become one of the greatest creative trios that the comic industry has seen in recent memory. Whether it’s The Sheriff Of Babylon, Batman, or Mister Miracle this group has been firing on all cylinders, without a hiccup, for a few years now. They have been able to capture what makes the comic book medium so great in multiple genres, and there’s no reason to doubt their success will continue for as long as they work together. 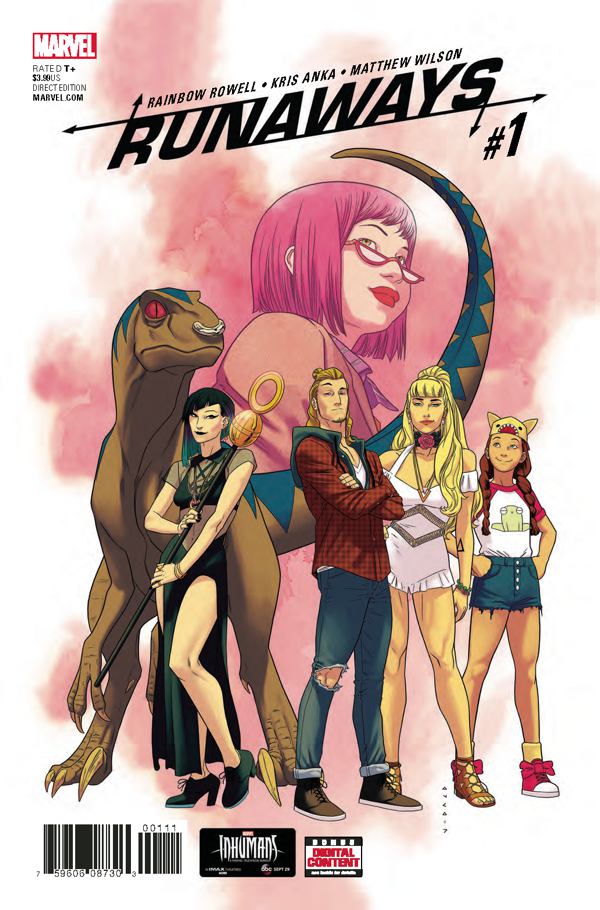 GET READY TO RUN!
The “IT” book of the early 2000s with the original cast is back – Nico! Karolina! Molly! Chase! Old Lace! And, could it be? GERT?! The heart of the Runaways died years ago, but you won’t believe how she returns! Superstar author Rainbow Rowell (Eleanor & Park, Carry On) makes her Marvel debut with fan-favorite artist Kris Anka (ALL-NEW X-MEN, CAPTAIN MARVEL) in the series that will shock you and break your heart!

Why It’s Hot: I can go on about best selling author Rainbow Rowell making her comic book debut, or fan favorite artists Kris Anka and Matt Wilson handling art duties on a fan favorite comic that perfectly suits their sensibilities. Or I could mention the upcoming Hulu series featuring these characters that has potential to reach a whole new audience. All of these are important, and help make this book one of the most anticipated of the year. However the biggest reason to be excited is also the most simple, as tomorrow there will be a new issue of Runaways.

The Defenders #5: Bendis and Marquez continue their street level epic, as Frank Castle aka The Punisher comes face to face with Diamondback. If you like the Marvel Netflix shows this is the comic for you.

Hellboy & The BPRD 1955 – Occult Intelligence #1: A new chapter of Hellboy’s early days begins here, and it features one hell of a creative team to boot.

Ninjak #0: The end of Matt Kindt’s run, and a perfect jumping on point for new readers, as Valiant prepares us for Christos Gage’s upcoming Ninja-K ongoing series.

Teen Titans #12: The first Metal tie-in, as Robin gathers an unlikely group of heroes to serves as The Gotham Resistance!