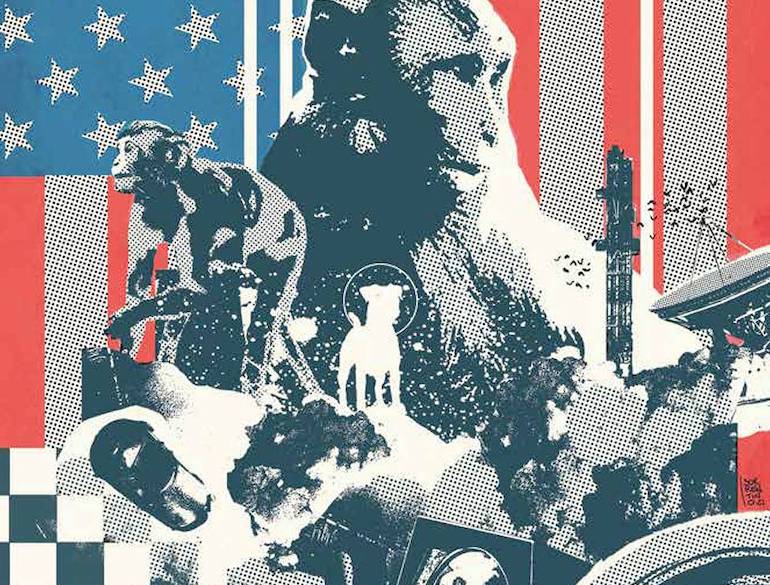 • Eternals are created, not born. They have families, but their families make no new children.
•  It’s simply not what Eternals do.
•  Some of them thought they could find a way to change that and believed it would be for the best.
•  They were terribly, terribly wrong.

Why It’s Hot: Kieron Gillen and Esad Ribic have quietly turned the ongoing Eternals comic into Marvel’s next big thing, and with the movie opening soon Marvel hopes that this creative team are working on delivering an iconic story for the publisher’s next big money making property. All of that is reason enough to jump on in while there’s not too much to catch up on. Another reason is this Thanos focused one-shot with art from Dustin Weaver. It’s always a treat when Weaver pops in for some interiors, as he is easily one of the best in the business. One of the best writers working with a phenomenal artist on a property that Marvel is betting on being the next big thing. That describes Eternals every issue, and is a pretty good reason to be excited to read these on release.

The entire Kang bloodline is out to destroy every era of the Fantastic Four! How can Reed, Sue, Ben and Johnny hope to survive simultaneous attacks across their lifetimes by Rama Tut, the Scarlet Centurion, Kang the Conqueror and Kang’s final descendant, the sinister Scion?! Join the FF and some special surprise guest stars as John Romita Jr. returns to Marvel and joins forces with writer Dan Slott for this celebratory adventure! Marvel’s First Family will literally never be the same again!

Plus: Mark Waid and Paul Renaud deliver dramatic new insights into the origin of the fabulous foursome in an all-new anniversary tale!

Why It’s Hot: This issue is a huge 60th anniversary celebration brought to you by Kang The Conqueror and his numerous variants wrecking havoc on Marvel’s First Family. Joining Dan Slott on his misadventures through time and space is the iconic John Romita Jr. making his Marvel return after a stint at DC. There’s also a Mark Waid penned story that sees him return to a franchise that he left his mark on years ago. Did I mention Kang? As the MCU gears up for its next big baddie, the comics are making it easy by giving us more Kang content than we can handle. Come for the celebration, stay for maximum Kang and a lesson on his different identities. Here’s to another 60 years of the Fantastic Four, and the Marvel Universe as we know it!

I AM BATMAN #1
Written by John Ridley
Art by Olivier Coipel
Published by DC Comics – $3.99
You can find it here: Amazon/comiXology

In the throes of Future State, the streets of Gotham City cry for justice and Jace Fox answers the call! With a new and improved Bat-Suit, Jace hits the streets to inspire and protect…as he follows the trail of the voice of misinformation and violence-the anarchistic Anti-Oracle! Can the new Dark Knight counterbalance their plan to inspire armed rebellion in the citizens of Gotham?! Can one man inspire a city?

Why It’s Hot: John Ridley has been playing in the Batman sandbox for a little bit with Luke Fox’s Future State adventures, but this is the big solo series debut for this new take on Batman, and the Oscar winner is joined by one of the greatest comic book artists of the 21st century in Olivier Coipel. It’s also clearly a big deal that two critically acclaimed black creators are shepherding a new take on The Dark Knight with a black man wearing the cape and cowl. It’s going to bring an entirely new perspective to the concept of the character, and will be one to definitely keep an eye on.

NINJAK #3
Written by Jeff Parker
Art by Javier Pulido
Published by Valiant Entertainment – $3.99
You can find it here: Amazon/comiXology

The critically-acclaimed team of JEFF PARKER and JAVIER PULIDO continue their globe-trotting adventure with the Valiant’s top superspy… and the secret behind Ninjak’s mysterious enemies is revealed!

One look at Pulido’s pages and you’ll see why NINJAK is one of 2021’s most talked about comics.

Why It’s Hot: Ninjak is one of the most beautiful comics currently being published. Javier Pulido has followed in the footsteps of some very good artists who have worked in the property, but this might be the best the character has ever looked, as the artist brings an entire new dimension to the adventures of Valiant’s resident superspy. This comic would be worth picking up just to look at, but lucky for us the great Jeff Parker is making sure there’s a solid script attached to the art. 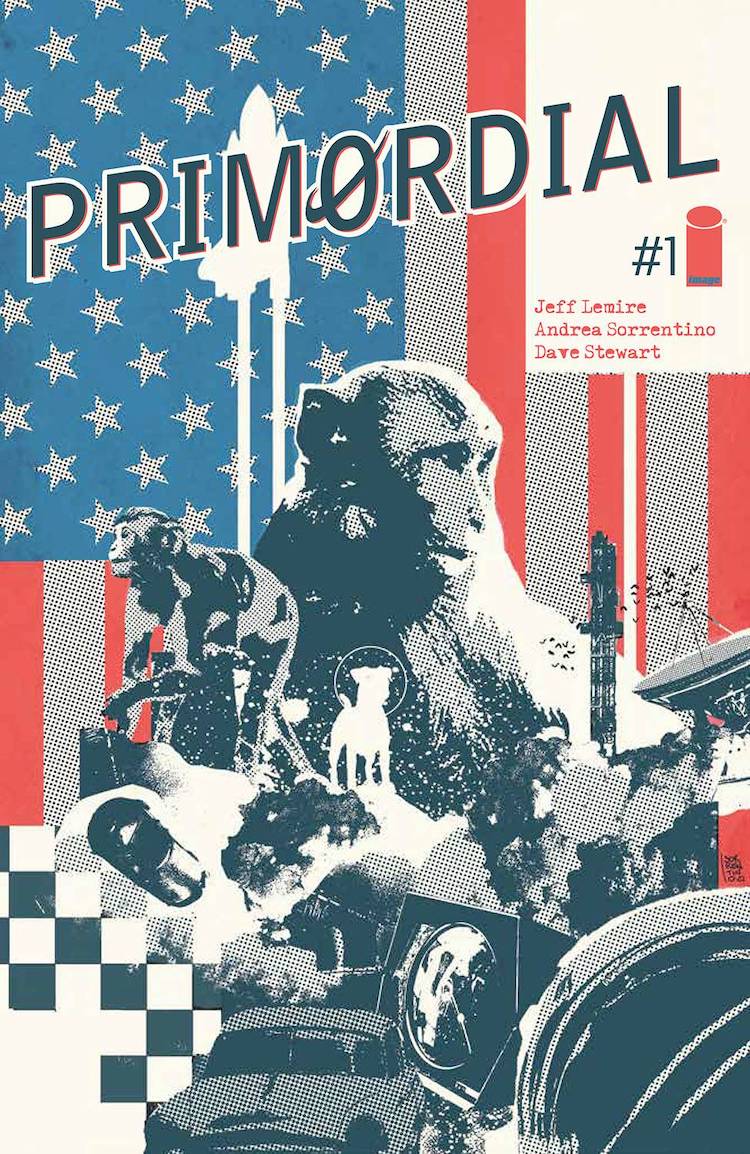 PRIMORDIAL #1
Written by Jeff Lemire
Art by Andrea Sorrentino
Published by Image Comics – $3.99
You can find it here: Amazon/comiXology

Mind-bending sci-fi collides with Cold War thriller in this six-issue miniseries by the bestselling and Eisner-winning creative team behind GIDEON FALLS!

In 1957, the USSR launched the dog, Laika, into Earth’s orbit. Two years later, the USA responded with two monkeys, Able and Baker. These animals never returned. But, unbeknownst to everyone, they did not die in orbit…they were taken. And now they are coming home.

Why It’s Hot:  A new comic from one of the greatest creators of his generation. Nuff… wait didn’t I already say all of this about a Jeff Lemire comic just last week? Yes, yes I did, but it’s not hard to find something different to say about Primordial, as Lemire is joined by the amazing Andrea Sorrentino in the follow up to their smash hit Gideon Falls. This hotly anticipated release from Image Comics has gotten some early buzz, and has seen comparisons to the classic WE3. This might just be the most exciting release of the week, and is one you surely won’t want to miss.

For a look at the different comic book collections being released this week, check out TRADE WAITING here: http://www.comicosity.com/trade-waiting-2-week-of-september-15-2021/