Why It’s Hot: The future of the Marvel Universe is now! Hickman is joined by Infinity collaborator Jimmy Cheung for his biggest Avengers story yet! The secret is out, eight months have passed, and the incursions threaten the Earth(s) as we know it. Sounds like a job for Earth’s Mightiest Heroes. Without question, this may end up as the biggest Marvel story in a long time! 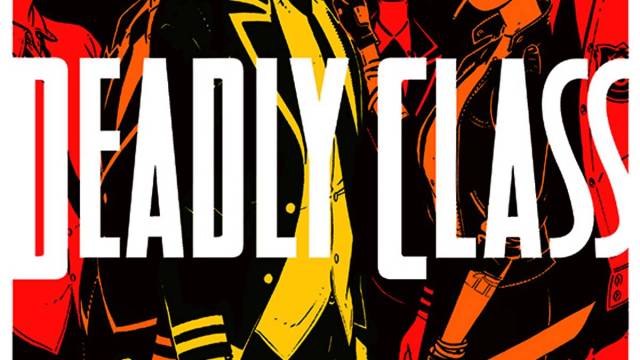 CLASS IS BACK IN SESSION AS RICK REMENDER & WES CRAIG’S HIT SERIES ROLLS INTO ITS SECOND ARC!

Narrowly escaping death in Las Vegas, Marcus and his remaining gang return to Kings Dominion High School for the Deadly Arts. But they’re about to learn a hard lesson: blood begets blood, and no bad deed goes unpunished.

Why It’s Hot: After a short break Deadly Class is back. The book whose first arc took the comic book world by storm and cemented itself as one of the best in the industry returns with a bang. If you haven’t experienced the book, the first trade is out. Pick that up along with issue seven and enjoy your evening.

EDGE OF SPIDER-VERSE #2 (Of 5)
Written by Jason Latour
Art by Robbi Rodriguez
Published by Marvel Comics – $3.99

• In one universe, it wasn’t Peter Parker bitten by the radioactive Spider, but Gwen Stacy!
• She’s smart, charming and can lift a car– Just don’t tell her Police Chief father!
• How is she involved in Spider-Verse? Seeds of AMAZING SPIDER-MAN #9 are planted here!

Why It’s Hot: The road to the biggest Spider-Man event in years continues. Gwen Stacy as Spider-Man. It’s concepts and ideas like these that make Spider-Verse so intriguing, and fun. If you’ve seen the costume design you also know that is is going to be one pretty book. 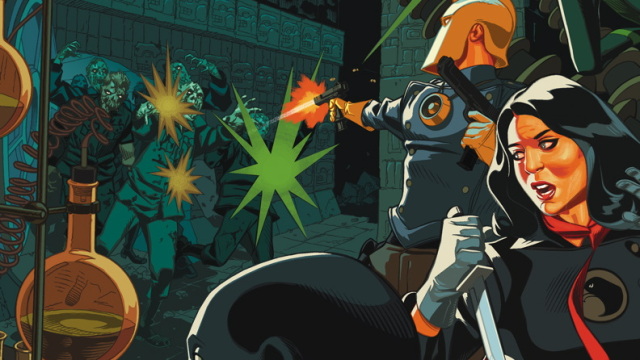 THE MULTIVERSITY: THE SOCIETY OF SUPER-HEROES: CONQUERORS OF THE COUNTER-WORLD #1
Written by Grant Morrison
Art and cover by Chris Sprouse & Karl Story
Published by DC Comics – $4.99

Who is the demon-like Green Lantern protecting Earth-20? What secret does Doc Fate hold that could save the world? Who are the hand-to-hand and air-to-air combat queens known as the Blackhawks? And what happens when these heroes come face to face with their diabolical Earth-40 counterparts – led by Vandal Savage – for an epic war between parallel worlds? Find out all that and more in this exciting stand-alone issue which also acts as chapter two of the overall MULTIVERSITY storyline. Join us, if you dare, for THE MULTIVERSITY!

Why It’s Hot: Multiversity had been years in the making, and the first issue did not disappoint. Last month was just the beginning as Morrison begins to explore the Multiverse. First up is Earth-20. How can one pass up on “Pulp super hero action with a post-modern twist” with Chris Sprouse on art? You don’t say no to two modern legends being let loose.

• Redefining the word “epic,” it’s the god-sized 25th issue of THOR: GOD OF THUNDER featuring an amazing artistic line-up!
• Young Thor vs. Frost Giants!
• The untold origin of Malekith the Accursed!
• King Thor’s granddaughters uncover a startling secret chapter from the history of the Thunder God!
• Thor deals with the shocking fall-out from ORIGINAL SIN!

Why It’s Hot: It’s a Thortravaganza as Jason Aaron is joined by an amazing artistic lineup for an extra-sized 25th and final issue spectacular. The final issue before the relaunch is going out with a bang that features stories from throughout Thor Odinson’s life. Forget what I just said, look at the lineup of artists, and fork your money over.