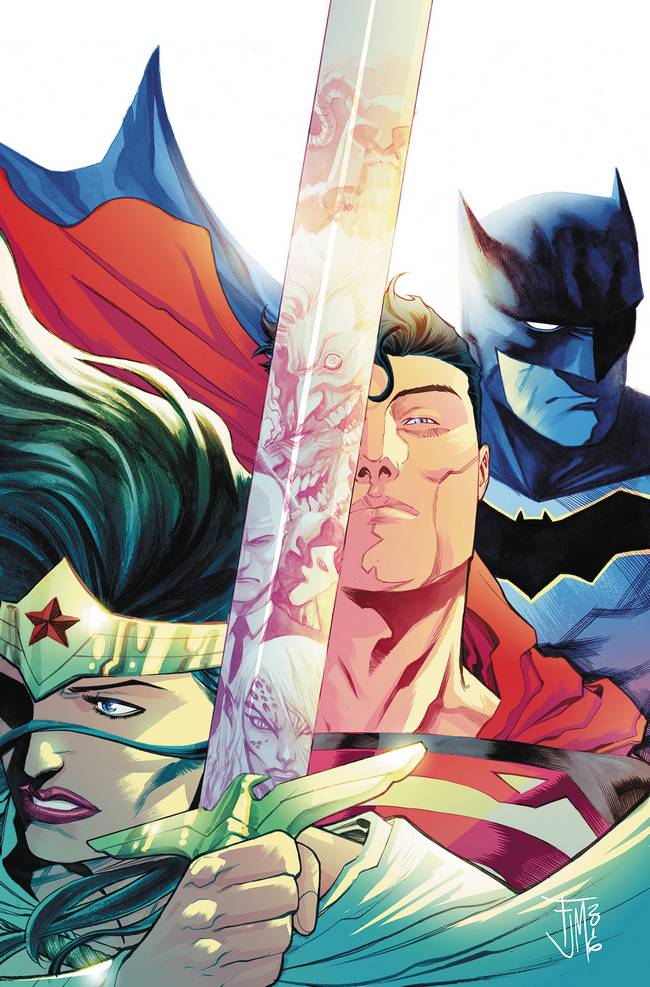 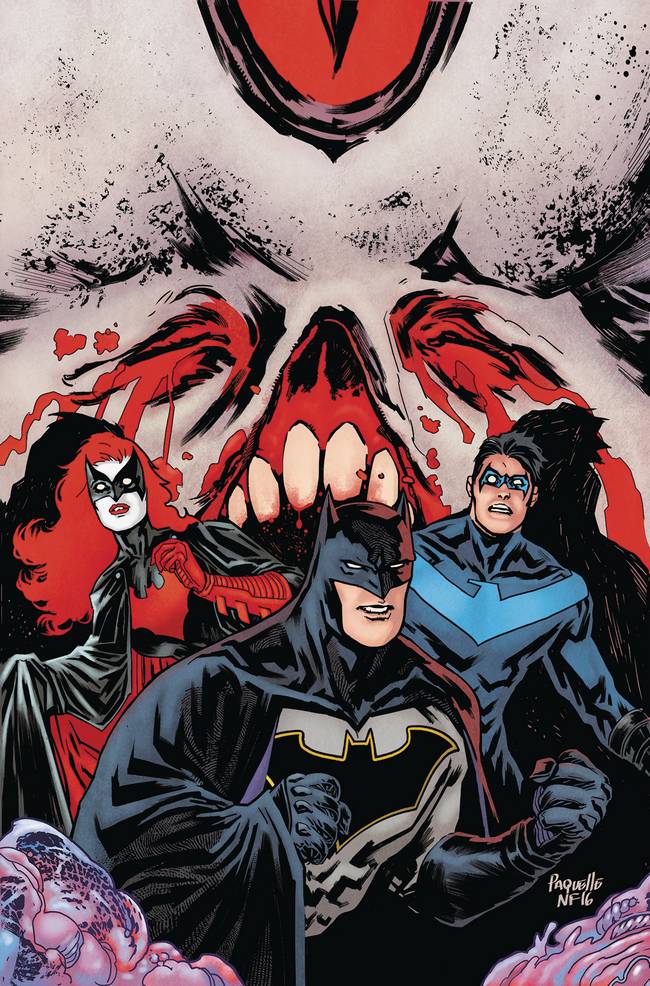 “NIGHT OF THE MONSTER MEN” part 1! The first crossover of the “Rebirth” era is here! As a huge storm approaches, Batman, Batwoman, and Nightwing try and prepare Gotham City for the worst, but nothing can prepare them for enormous tall monsters rampaging through the streets! Batman will need all of his allies to unite in order to stop these mad science monsters from tearing their city apart!

Why It’s Hot: Steve Orlando, Tom King, and Riley Rossmo are team up to kickoff the first crossover of the Rebirth Era. That’s two of the best writers working for DC right now, and an awesome artist starting a classic Batman line wide event. Everything about this issue is exciting.

THE REVOLUTION BEGINS! Explosions rip across the Earth-and all signs of blame point to OPTIMUS PRIME and the TRANSFORMERS! G.I. JOE refuses to go quietly-and they assemble heroes big enough to stop the invaders! ACTION MAN and M.A.S.K. fight for humanity-but where do ROM and the MICRONAUTS stand? Celebrating more than a decade of stories by IDW and HASBRO, this unprecedented bi-weekly event draws everything together-and leaves nothing standing. The REVOLUTION is here-TAKE A STAND!

Why It’s Hot: This is it! One of the biggest comics ever published by IDW, as all the Hasbro properties are coming together in one shared universe. If you are interested in any of these characters Revolution is a must read comic event. 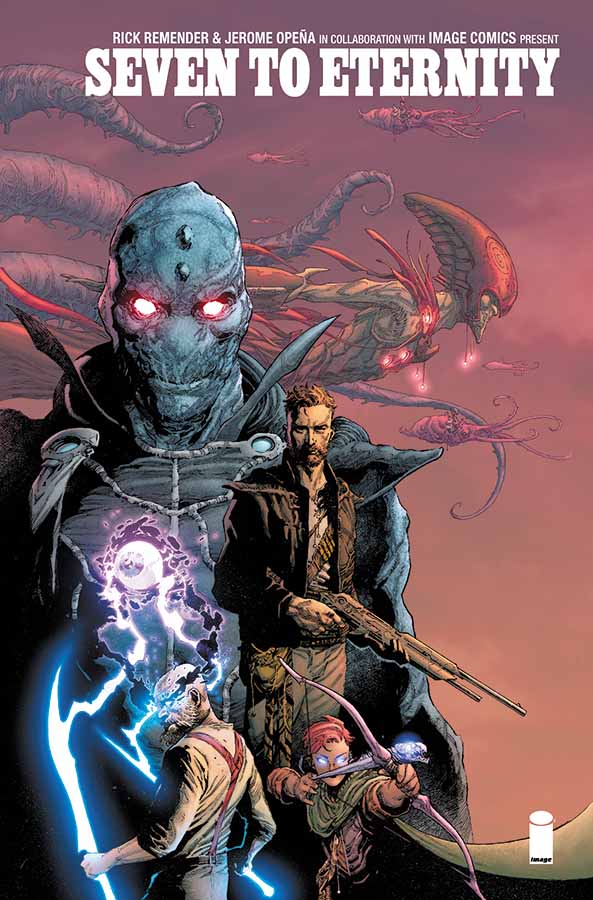 The God of Whispers has spread an omnipresent paranoia to every corner of the kingdom of Zhal; his spies hide in every hall spreading mistrust and fear. Adam Osidis, a dying knight from a disgraced house, must choose between joining a hopeless band of magic users in a desperate bid to free their world of the evil God, or accepting his promise to give Adam everything his heart desires.

Writer RICK REMENDER reteams with collaborators JEROME OPEÑA (Uncanny X-Force, Fear Agent) and MATT HOLLINGSWORTH (TOKYO GHOST, WYTCHES) to take you on a hard road through the strange fantasy world of Zhal. All men have surrendered their freedom for fear. Now, one last free man must choose.

Why It’s Hot: A new Rick Remender series is always time to rejoice. A new Remender series where he teams up with Fear Agent and Uncanny X-Force collaborator Jerome Opeña takes that anticipation to the next level. This first issue is a beautiful look at an intriguing new world. You can check out our advance review HERE

“BETTER TOGETHER” part 1! Together again for the first time! Batman, Superman and Wonder Woman. The core of the World’s Greatest Heroes…but with a new Man of Steel, the bonds these three share will be tested and redefined by super-star writer/artist Francis Manapul. In this premiere issue, see the trio travel from Metropolis to Gotham City and beyond to learn what forces launched their heroic careers. But how will this journey of discovery lead them to a new threat? 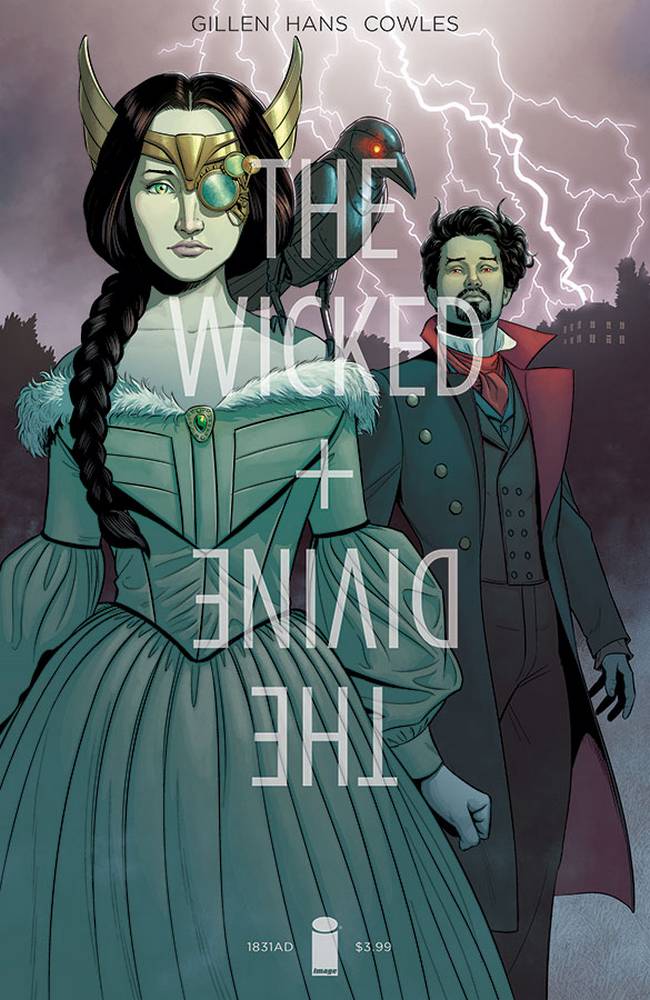 THE WICKED + THE DIVINE 1831
Written by Kieron Gillen
Art by Stephanie Hans
Published by Image Comics – $3.99

“MODERN ROMANCE”
Critically-acclaimed THE WICKED + THE DIVINE goes back to the nineteenth century, to see what became of the Romantic poets one infamous night on Lake Geneva… Showcasing STEPHANIE HANS (Journey Into Mystery, Angela), this special is NOT included in the forthcoming THE WICKED + THE DIVINE, VOL. 4.

Why It’s Hot: Gillen and artist Stephanie Hans bring us the first #WicDiv spinoff! Trade waiters beware, as this will not be collected with the next volume of the main series. The Romantic poets of the 19th century given a WicDiv spin sounds awesome.