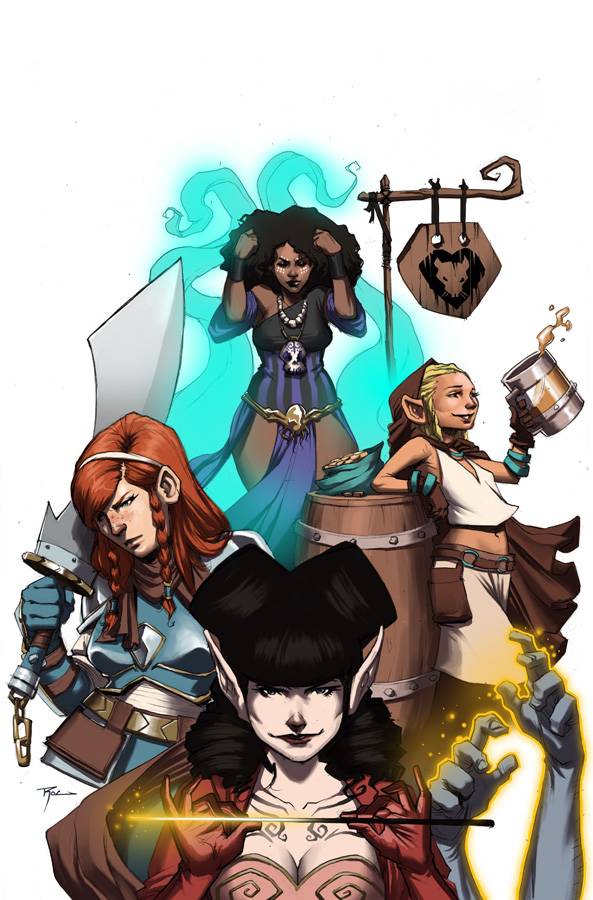 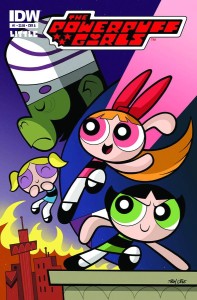 Citizens of Townsville, fear not! The Powerpuff Girls are back! In this IDW debut issue Blossom, Bubbles and Buttercup are back to take down the meanest of the mean and the ugliest of the ugly! Plus, what fiendish secret is Mojo Jojo hiding? The answer is sure to surprise!

Why It’s Hot: Any fans of Super Best Friends Forever absolutely need to check out the original super best friends — Blossom, Bubbles and Buttercup will entertain your youngest girl all the way up to your youngest-at-heart adult. And who doesn’t love saying “Mojo JoJo” over and over? Guaranteed best buy of the week! 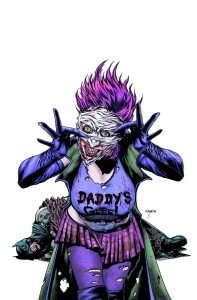 The Gotham Underground is quickly becoming a base of power in the DC Universe! After the destruction of Arkham Asylum, The Joker’s Daughter is gaining hordes of followers across the terrifying and brutal landscape! In a world where ugly is considered beautiful, what dark initiation rites befall this madwoman’s new recruits?

Why It’s Hot: Comicosity spoke with writer Ann Nocenti about upcoming plans for the elusive Joker’s Daughter, and all reports from comic market say this is going to be the tough issue to find on the shelves. Whether it’s because this daring new character is wearing the Joker’s face (last seen in Batman: Death of the Family) or because of nostalgia for the Bronze Age trickster character, this issue is sure to be the talk of the week online! 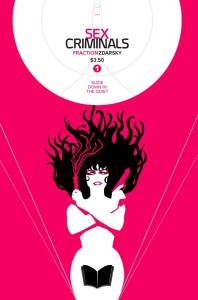 A SEX COMEDY FOR COMICS
Suzie’s a normal girl with an extraordinary ability: when she has sex, she stops time. One night she meets John…  who has the same gift. And so they do what any other sex-having, time-stopping, couple would do: they rob banks. In the vein of THE 40-YEAR OLD VIRGIN and BRIDESMAIDS, Image Comics invites you to come along with MATT FRACTION (Hawkeye, SATELLITE SAM) and CHIP ZDARSKY  (Prison Funnies, Monster Cops) for the series that puts the “comic” back in “comics” and the “sexy” back in “sex crimes.”

Why It’s Hot: Matt Fraction has launched several fan favorite creator-owned series in recent years — from Cassanova to Satellite Sam — not to mention a little thing called Hawkeye. On that pedigree alone, Sex Criminals #1 is a no-brainer to pick-up. But the one thing we can always rely on Fraction for is the funny, and once you combine that with sexual antics, you’re looking at a book well worth your time this coming week! 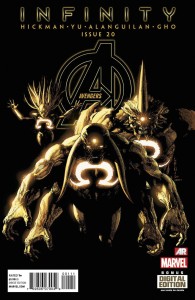 Why It’s Hot: What’s so great about Jonathan Hickman is he always plays the long game. Characters like Ex Nihilo, who appeared all the way back in Avengers #1, come back around to great prominence in this latest chapter of the Infinity Saga. We’re halfway through this particular drama, and not even scratched the surface on Hickman’s overall plan. That’s an awesome place for Avengers fans to be! 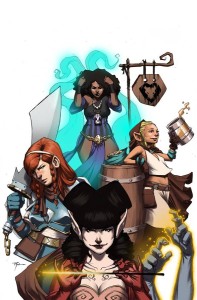 “GOLD, GUTS AND GROG,” Part One
Who are the Rat Queens? A pack of booze-guzzling, death-dealing battle maidens-for-hire, and they’re in the business of killing all gods’ creatures for profit.

It’s also a darkly comedic fantasy series starring Hannah the Rockabilly Elven Mage, Violet the Hipster Dwarven Fighter, Dee the Atheist Human Cleric and Betty the Hippy Hobbit Thief. This modern spin on an old school genre is a violent monster-killing epic that is like Buffy meets Tank Girl in a Lord of the Rings world on crack!

Why It’s Hot: If you love any of the following, you’ll want to grab Rat Queens #1: critically-acclaimed series Peter Panzerfaust, Game of Thrones or Lord of the Rings, anything funny. For comic fans lamenting the lack of fun, high adventure comics on the shelf today, you’re in luck! And if you still need more convincing, check out Comicosity’s own interview with Wiebe to get a sense of where he’s going with the series.