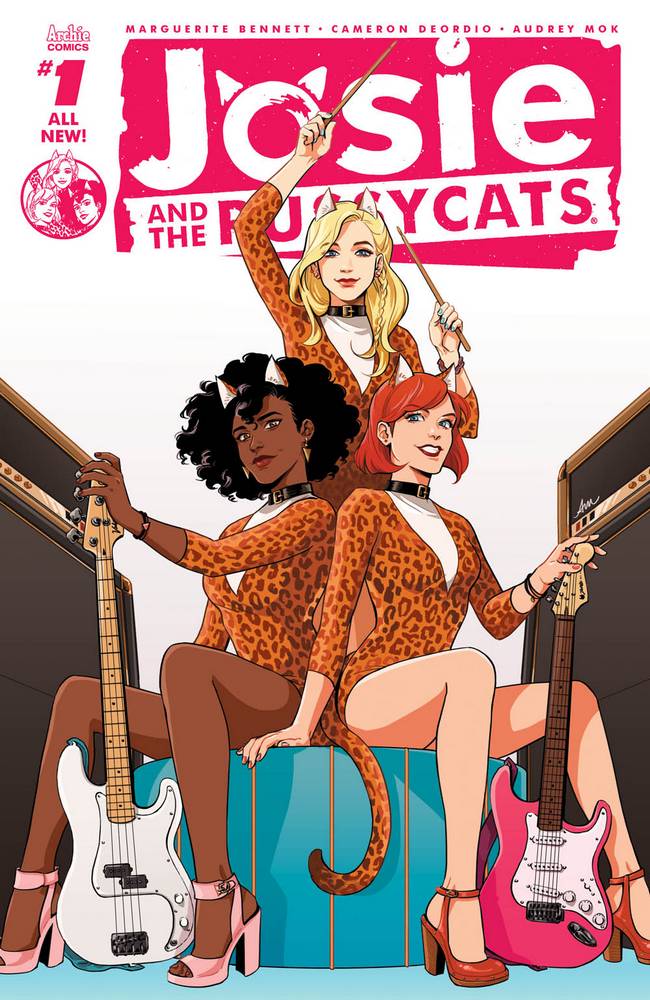 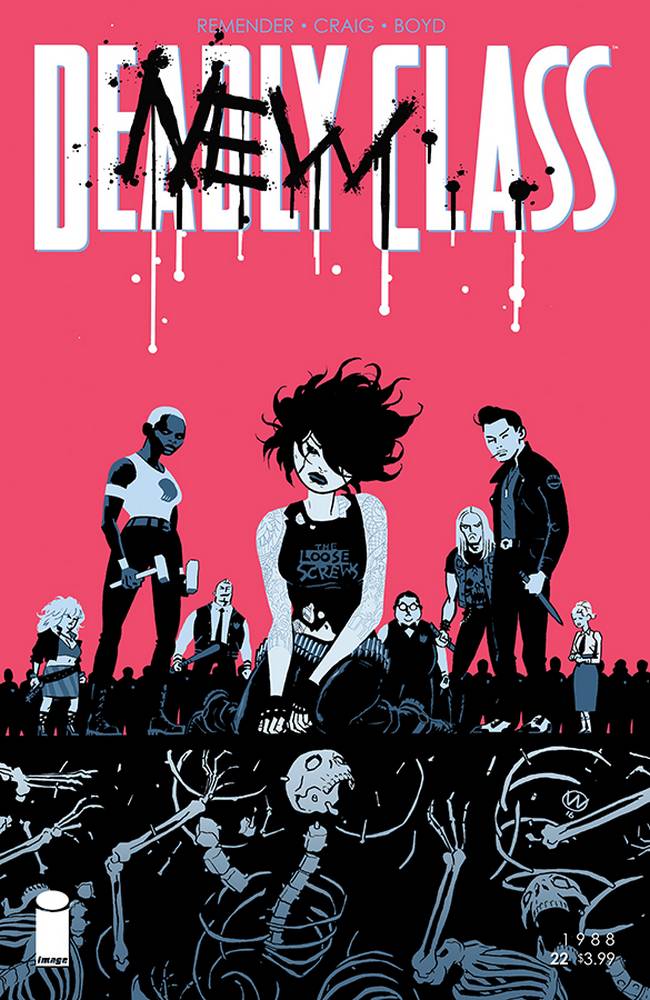 It’s morning in America, and a new era of DEADLY CLASS begins here! The survivors of last arc’s brutal finale barely have time to consider what they’ve done before a new class of kids arrives at the school, eager to pick up the bloody mantle. And nothing goes better with fresh blood than a Freshman Mixer!

Why It’s Hot: Finals are done, summer break is over, and now it’s time for a brand new freshman class to enter King’s Dominion. Remender and Craig ripped the hearts out of the bodies of every reader and proceeded to stomp on them with the events of last issue. What can they possibly do to top one of the most gut wrenching, and shocking comic book issues of recent memory? The answer to that question starts here, as my personal favorite comic returns. 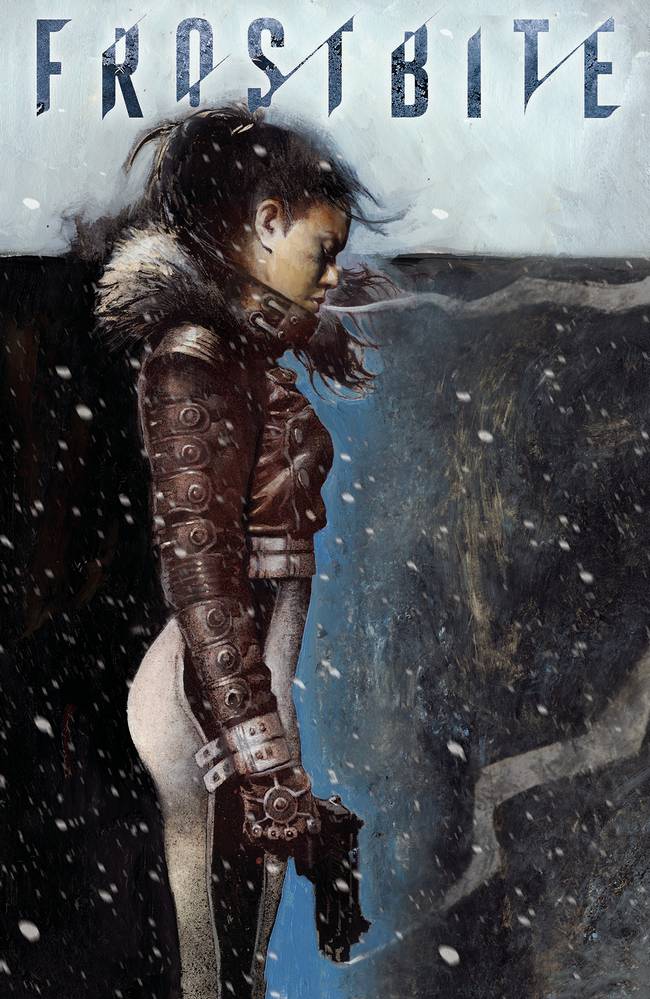 Long after Earth has entered its second ice age, humanity has learned to cope with the frozen elements. In this cold and bleak future, heat is power, and brutal gangs roam the icy wasteland looking for it. If that wasn’t enough, a terrible disease nicknamed “frostbite” is literally freezing people from the inside out. Once you catch it, the effect is instantaneous. There is no immunity, there is no cure.

Until now. Doctor Henry Bonham and his daughter Victoria have found the key to ending frostbite. If they can get from Mexico City to a secret government outpost in Alcatraz, they could stabilize life across the globe. But to do that they’ll need to stay alive. That’s where Keaton comes in. She and her crew have faced worse journeys before, but never with the potential consequences this one poses if they fail.

Why It’s Hot: Joshua Williamson is quickly becoming a superstar. Not only is Nailbiter still going strong, but his run on The Flash has been solid. DC has so much faith in him that he’s writing the upcoming Justice League vs. Suicide Squad event. In other words, he’s entering the echelon of can’t miss creators, and his new series Frostbite is a must read series. The best part? Williamson may be the big name , but the art of Jason Shawn Alexander might end up being the biggest selling point. With a cool concept (pun intended), and awesome art don’t overlook this when you’re at the comic shop this week.

Grab the latest, surefire, top-of-the-charts new Riverdale series! Friends, countrymen, lend me your long tails and ears for hats – the Pussycats are back! In this series kick-off, Josie’s getting the band together to help achieve her dreams of musical stardom. But for the group to last, it needs a strong foundation of friendship and trust. Can the girls get going, or will Alexandra’s plotting put a stop to the whole thing?  Don’t miss comics’ supreme songstresses’ return to the limelight in this exciting first issue!

Why It’s Hot: Archie Comics have been on a roll lately with one of the greatest revamps in recent comic book history. From the horror titles to the wonderful new continuity, almost everything they’ve done lately has been gold. It’s about time that Riverdale’s favorite musicians get in on the fun, and I’m willing to bet that it’s going to be awesome. 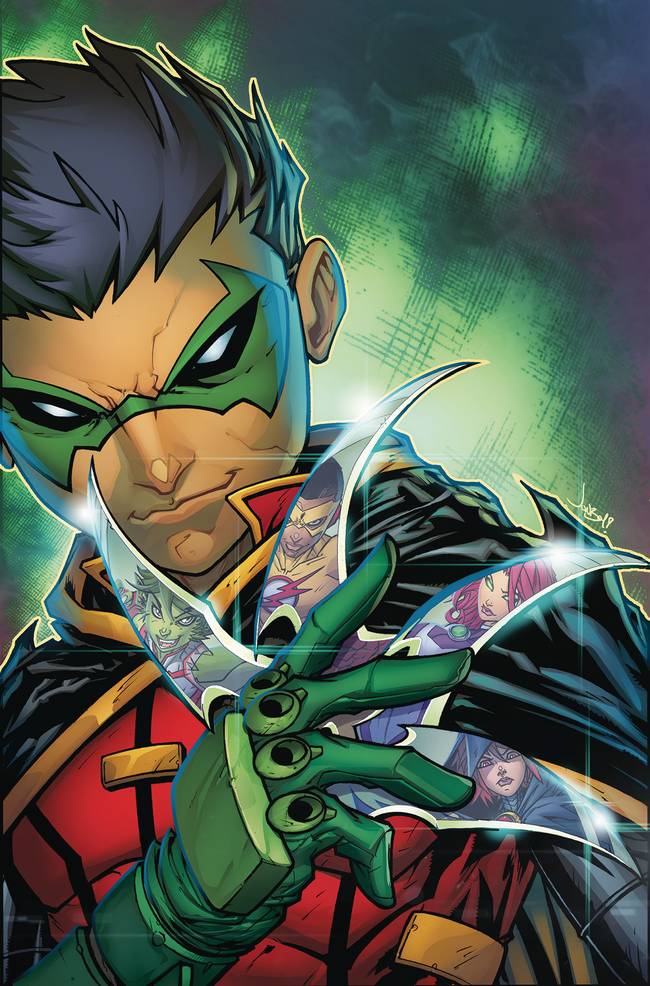 The Teen Titans are farther apart than ever before…until Damian Wayne recruits Starfire, Raven, Beast Boy and the new Kid Flash to join him in a fight against his own grandfather, Ra’s al Ghul! But true leadership is more than just calling the shots-is Robin really up to the task? Or will the Teen Titans dismiss this diminutive dictator?

Why It’s Hot: It’s no secret that the Teen Titans franchise has been struggling for the past five years. The concept had trouble finding its footing in the truncated history that The New 52 was working with. Is this the series that turns that around? We will start to get an idea here in this issue, and fans everywhere are crossing their fingers. If this series is anything like Percy’s recent work on Green Arrow the Teen Titans will be back where they belong.

IT’S HERE! THE GREATEST VALIANT MILESTONE OF ALL TIME! 64 MASSIVE PAGES! For centuries, the sacred X-O Manowar armor has stood unrivaled as the universe’s most powerful weapon. Today, will it equal Earth’s doom? An unthinkable alien race known only as The Torment has come to our world in search of the armor’s secrets. Now, they stand opposed by Aric of Dacia – former slave, noble warrior, resolute king, and current master of the armor’s near-limitless capabilities. But is one man…and one weapon…enough to repel a force capable of leveling a thousand civilizations? A whole new era for X-O Manowar begins here…and you won’t believe what’s coming next! From all corners, the Valiant Universe assembles to salute X-O Manowar’s unparalleled 56-issue run as Robert Venditti, Joe Bennett, and Roberto de la Torre declare “LONG LIVE THE KING” with an oversized series finale for the ages! Plus: all-new, never-before-seen X-O Manowar tales and tributes from Jody Houser & Javier Pulido, Matt Kindt & Tomas Giorello, and Philip Tan, and special guest appearances from X-O Manowar’s own Cary Nord, Diego Bernard, Rafa Sandoval, Robert Gill, and more!

Why It’s Hot: Aric of Dacia is going out in style, as some of Valaint’s top talent have come together to end what has arguably been the company’s flagship title. Look at the names involved, the 64 pages, the reasonable price. If you are a Valiant fan this is a must read comic.