•  The beginning of the end is now here … THE DEATH OF WOLVERINE!
•  THREE MONTHS TO DIE, the loss of Wolverine’s healing factor–all led to this, the single most important X-Men event of the decade.
•  Logan has spent over a century being the best there is at what he does…but even the best fade away eventually.
•  Over the years, Logan has been a warrior, a hero, a renegade, a samurai, a teacher-and so much more. But now, the greatest X-Men hero will play a role he’s never played before in this special weekly event brought to you by industry superstars Charles Soule and Steve McNiven.

Why It’s Hot: One of the best writers in the business today joins forces with one of the greatest artists of this generation to tell the story behind the death of the character that has dominated Marvel Comics for the past 3 decades. Nothing else needs to be said.

Note: You can check out Comicosity’s advance review of Death of Wolverine #1 here.

Green Arrow is dead – and his replacement finally stands revealed!

Why It’s Hot: It’s five years in the future, and Oliver Queen finds himself in a precarious position, he’s dead. What does this mean for the mantle of Green Arrow? This issue also serves as the swan song for the creative team of Jeff Lemire and Andrea Sorrentino. It’s going to be tough to say goodbye to the team that gave new life to the Oliver Queen on the comic page, and made Green Arrow a must read month in and month out. Enjoy it. Savor it.

• Season 2 of MOON KNIGHT begins with a new creative team and a black-out!
• When the entire city is thrust into darkness by a threat, Moon Knight’s must use all of his weapons (and personalities) to defeat a new foe!
• Brian Wood (X-MEN, DMZ) takes the writing reins picking up from where Ellis left off pushing questions from MOON KNIGHT #1 back to the fore and amplifies them 100-fold!

Why It’s Hot: Under the guidance of Warren Ellis, Declan Shalvey, and Jordie Bellaire, Moon Knight was one of Marvel’s absolute best books. After six issues Ellis and Shalvey step aside as Brian Wood and Greg Smallwood take over. They have a lot to live up to, but from the looks of it the book seems to be in great hands.

THE EXPLOSIVE ENDING TO OUR FIRST ARC! Earl Tubb and his big stick finally come face to face with Coach Boss. This will not be pretty.

Why It’s Hot: One of the best new comics of the year just continues to get better and better. Aaron and Latour both bring their absolute best in what will go down as one of the best single issues of 2014. Notice how many times the word “best” was used? That right there should be enough to get you excited. 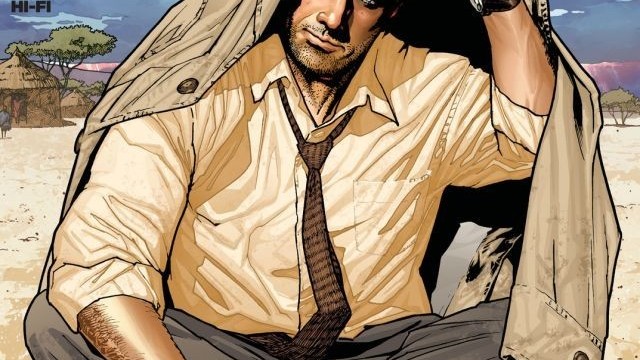 At last, the true evil of Cadmus Island stands revealed

Why It’s Hot: September is here and you know what that means, it’s time to jump five years into the future of The New 52! Futures End may have been roaring along for the past few months, but business picked up last week as the entire line was getting ready to jump into this timeline. This is essential reading for those excited about DC’s latest September event!