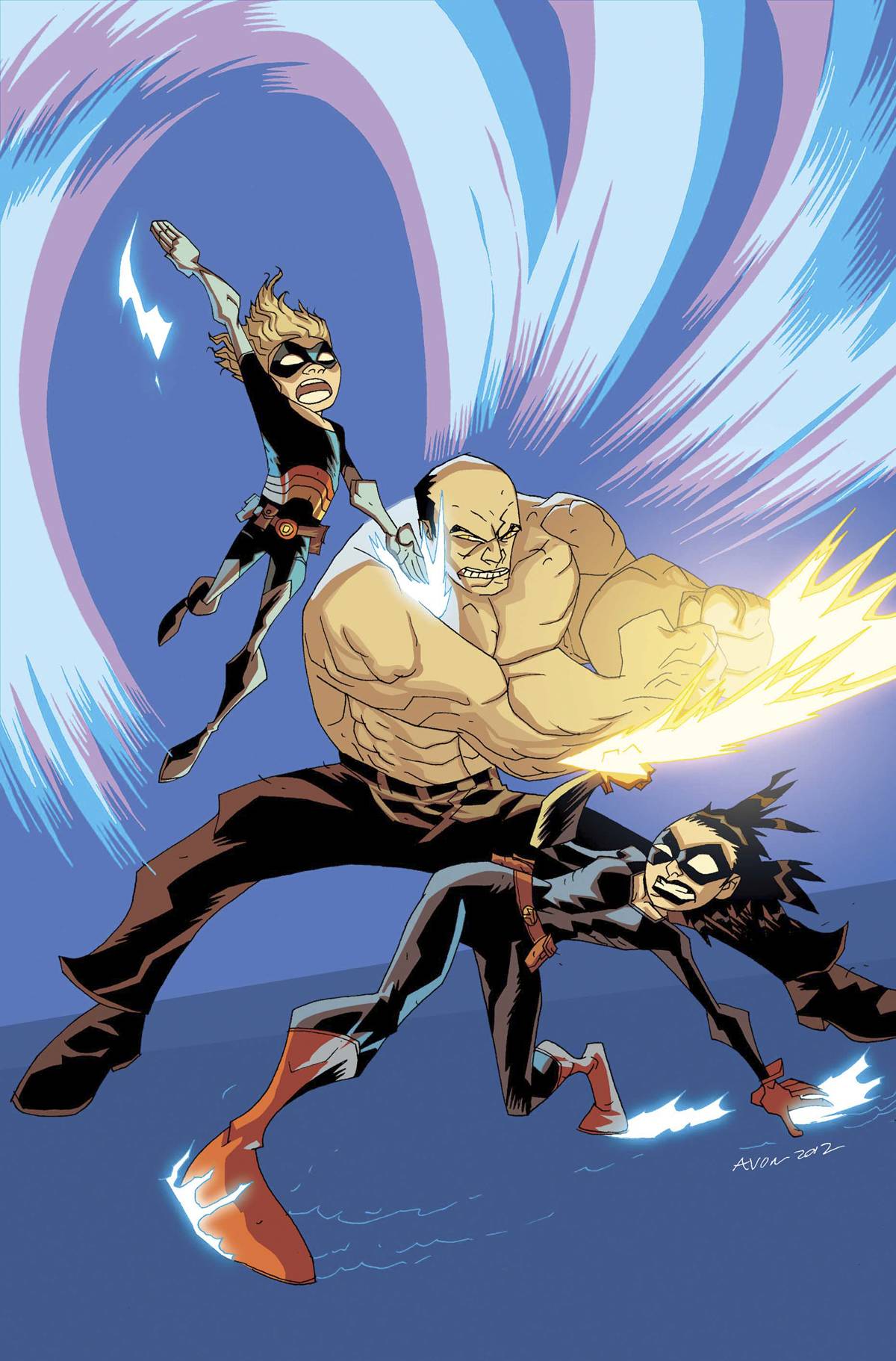 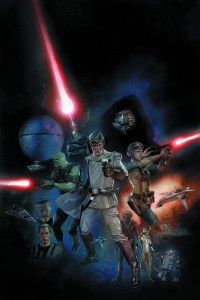 Before Star Wars, there was The Star Wars! This is the authorized adaptation of George Lucas’s rough-draft screenplay of what would eventually become a motion picture that would change the world.

Annikin Starkiller is the hero . . . Luke Skywalker is a wizened Jedi general . . . Han Solo is a big green alien . . . and the Sith . . . Well, the Sith are still the bad guys. High adventure and derring-do from longer ago, in a galaxy even further away!

Why It’s Hot: Show me a comic fan who’s never at least glanced through a Star Wars comic, and I’ll show you my unicorn stable. There’s been a million of them, but none like this! What if George Lucas had never done a second draft? It could be terrible. It could be awesome. But no matter what, it’s certainly going to be worth talking about. 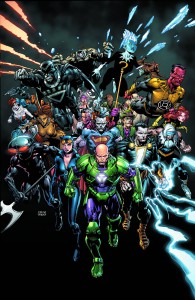 The first universe-wide event of The New 52 begins as FOREVER EVIL launches! The Justice League is DEAD! And the villains shall INHERIT the Earth! An epic tale of the world’s greatest super-villains starts here!

Why It’s Hot: The first event comic of the New 52 is finally here, kicking off Year Three in style. The Crime Syndicate is back and ready to ravage a brand new earth. Who’s left to stop them? Well.. the villains? 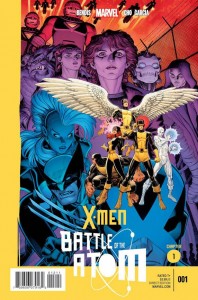 • The past, present and future of the X-Men collide in this 50th Anniversary event crossover! When investigating a new mutant, something truly horrible happens to the All-New X-Men that shakes time and space to its core. This is so dire that X-Men come from THE FUTURE with a message: THE ALL-NEW X-MEN MUST RETURN TO THE PAST!
•  The ten-part crossover starts here with superstars BRIAN MICHAEL BENDIS and FRANK CHO!

Why It’s Hot: DC may have its multiple earths, but Marvel has its time travel, particularly in the X-Men Universe. Fans are loving Bendis’ treatment of the original X-Men moved forward in time, so what happens when the future X-Men (the more-future X-Men, that is) come back in time to mix it up? I’m dying to know. 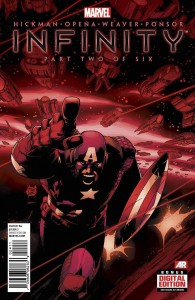 The Inhumans pay the tribute. Victory in deep space. The secrets of Thanos.

Why It’s Hot: Jonathan Hickman’s been building to this moment quickly since the launch of Marvel NOW! and there’s no holding him back! Watch as the Avengers lead the Marvel Universe into the next stage of its evolution — whether it wants to go or not! 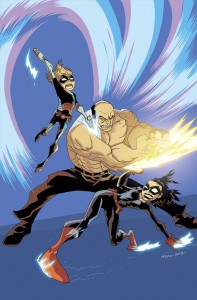 The sisters are reunited-and just in time, because the secret of their one-of-a-kind superpowers is about to be revealed! Another shocker of a chapter in this all-ages superhero extravaganza from the award-winning creators of POWERS!

Why It’s Hot: The long-awaited return of possibly the best tween comic on the stands has finally come! If you aren’t reading Takio, you are sincerely missing out on one of the freshest set of characters developed for a true all-ages audience in a long time. Bendis didn’t get all those accolades for nothing, kids. This book is the perfect thing to hand your daughter or son while you get to peruse the more adult Powers Bureau. Or just buy two copies of Takio and you each can have your own.