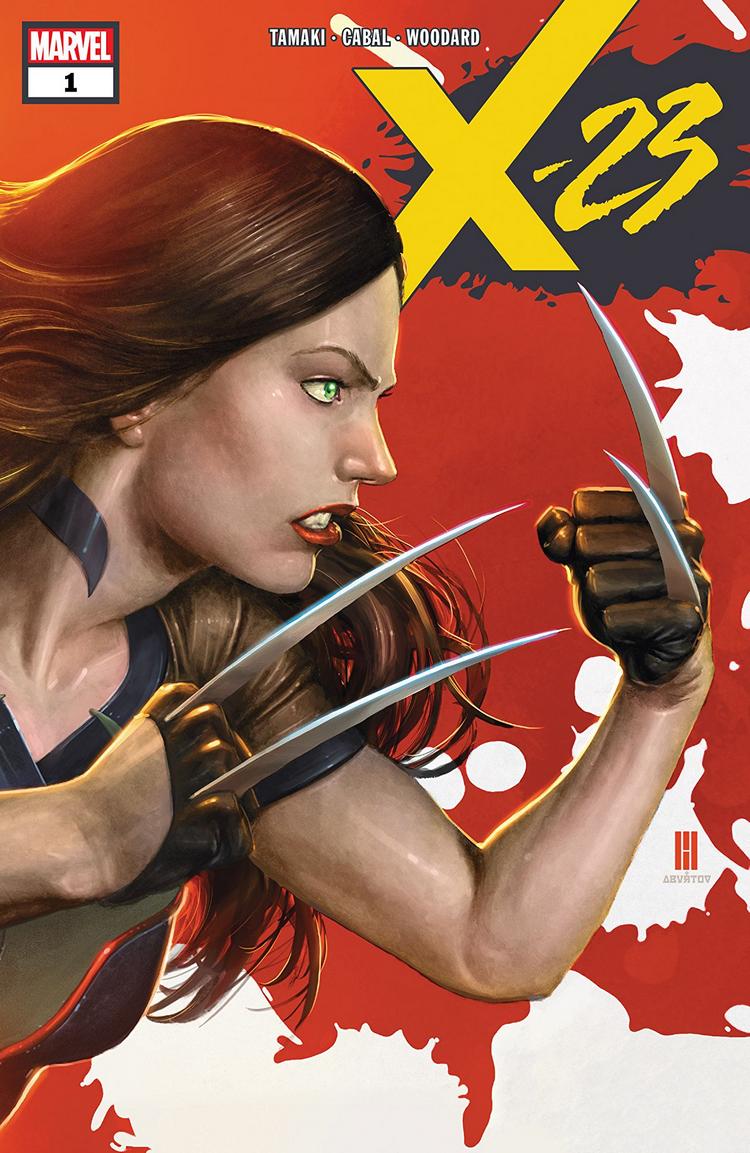 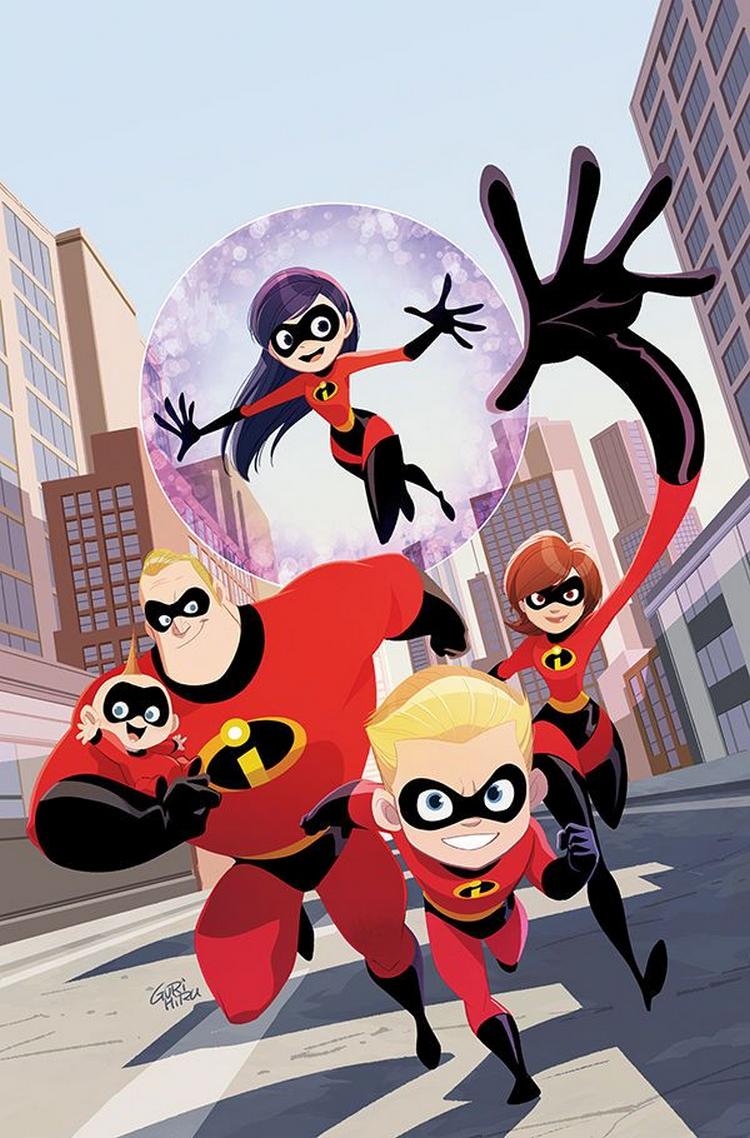 Dedicating a new submarine, Mr. Incredible is interrupted by the dastardly Bomb Voyage-who is intent on crushing the crowd of onlookers underneath the sub! Mr. Incredible’s struggle to save the day has him questioning his Super powers-could something be wrong?

Meanwhile, Bob tells Jack-Jack a bedtime story that has Violet and Dash calling foul: this battle from his glory days seems too amazing to be true. Then, on a visit to the park, Jack-Jack uses his powers to overcome a worthy opponent!

o Three original stories are set during and after Disney o Pixar’s The Incredibles 2 feature film!

o Written by Christos Gage from Buffy the Vampire Slayer and Amazing Spider-Man!

Why It’s Hot: This comic features the characters from one of the the biggest animated movies ever making their way to the medium where most of their inspirations got their start. Add a creative team that’s more than equipped for this challenge and you have all the ingredients for a great comic, Christos Gage and Landry Walker are not only accomplished comic book writers, but they are really good at telling stories with licensed properties. Combine their talents with the pitch perfect art of Gurihiru and you have a great creative team tasked to bring the Incredibles to the comic book page. 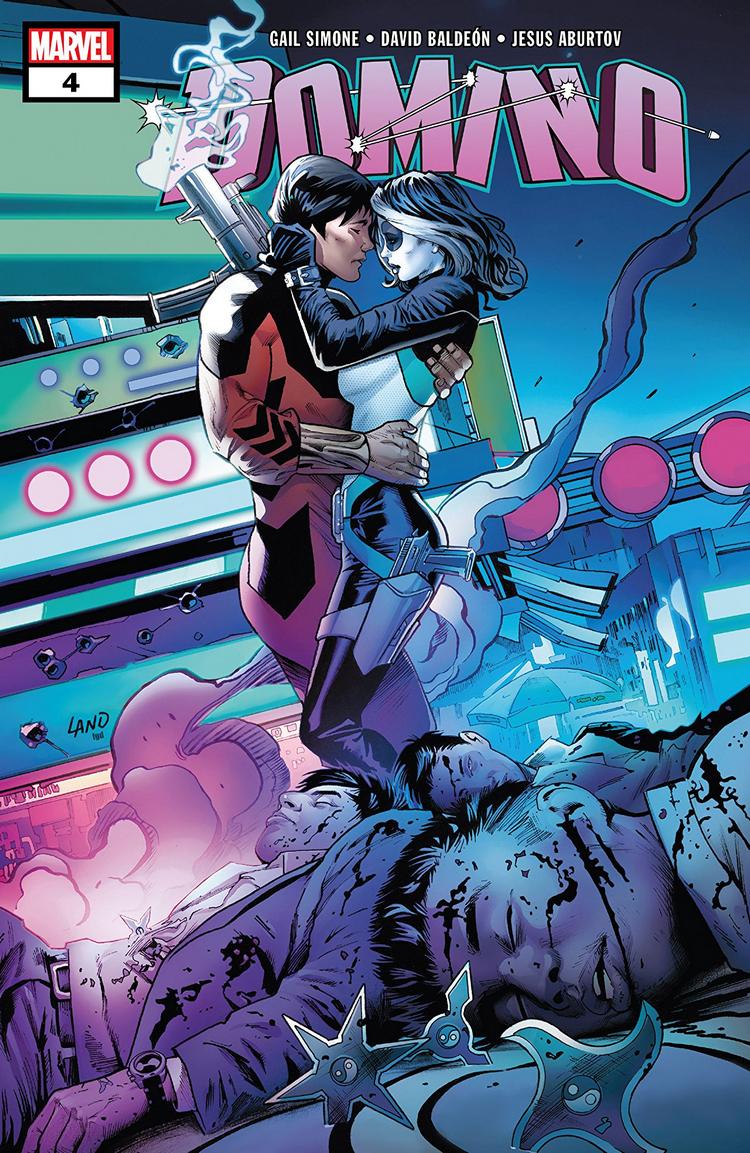 SOMEONE’S ABOUT TO GET LUCKY…
• …and it just might be Shang Chi, Master of Kung Fu! If he plays his cards right, that is…
• Domino’s search for answers about her past takes her to Hong Kong!
• Will she stay on the straight and narrow? Or go right for the seedy underbelly?

Why It’s Hot: Gail Simone made her return to Marvel with Domino, and quickly brought this often overlooked character to the forefront of the Marvel Universe. The results have been staggering, as not only did the first issue sell like gangbusters, but the comic itself has been firing on all cylinders creatively. Simone, and artist David Baldeon are a creative match made in heaven, and they are having a blast on this series. It’s funny, action packed, really pretty, and packed full of guest stars. If you aren’t reading this comic you’re missing out on one of the best Marvel has to offer. 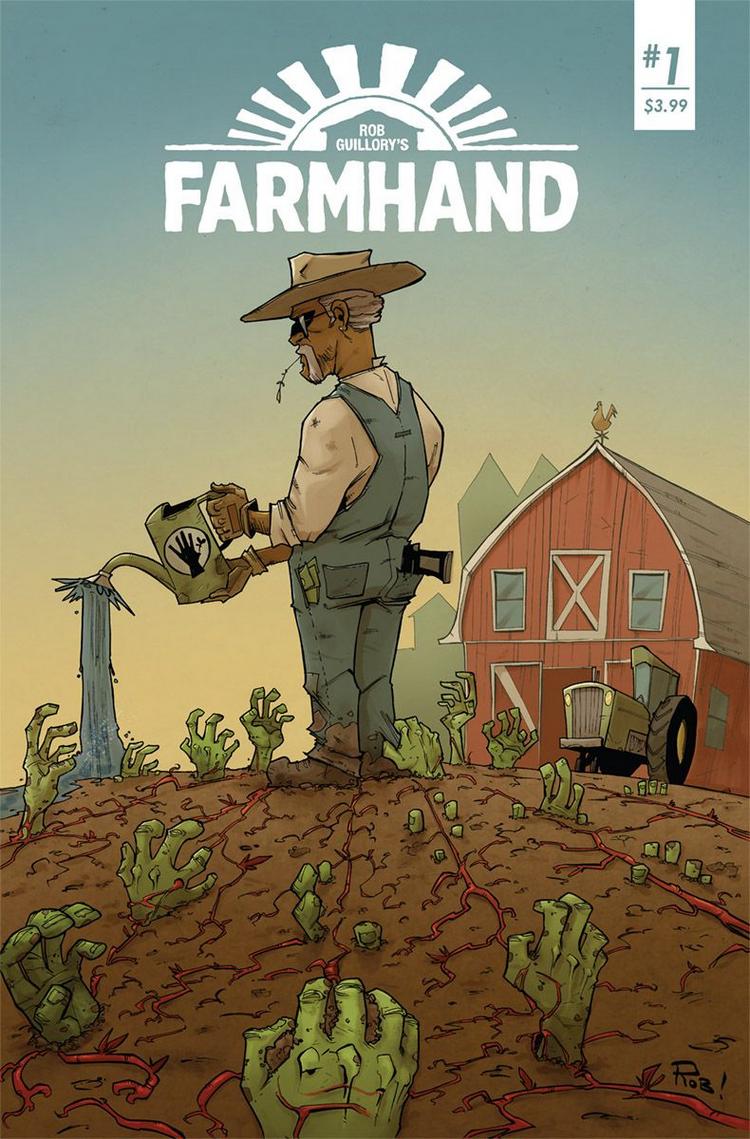 Jedidiah Jenkins is a farmer-but his cash crop isn’t corn or soy. Jed grows fast-healing, plug-and-play human organs. Lose a finger? Need a new liver? He’s got you covered. Unfortunately, strange produce isn’t the only thing Jed’s got buried. Deep in the soil of the Jenkins Family Farm, something dark has taken root, and it’s beginning to bloom.

Why It’s Hot: After a nice long run as the artist of the modern Image classic Chew, Rob Guillory is striking out on his own with this brand new series. It’s far too early to know whether this comic will live up to Guillory’s previous work, but this series has a wild premise that would make Chew proud. Farmhand not only looks good, but the artist shows he has some writing chops as well. I know I’m a bit hesitant when a creator known for being an artist tries their hand at writing, but it only takes a few pages to realize Guillory knows what he’s doing. This series has a lot of potential to be a big hit for Image, or at the very least a nice follow up to that other comic I’ve already mentioned a few times. 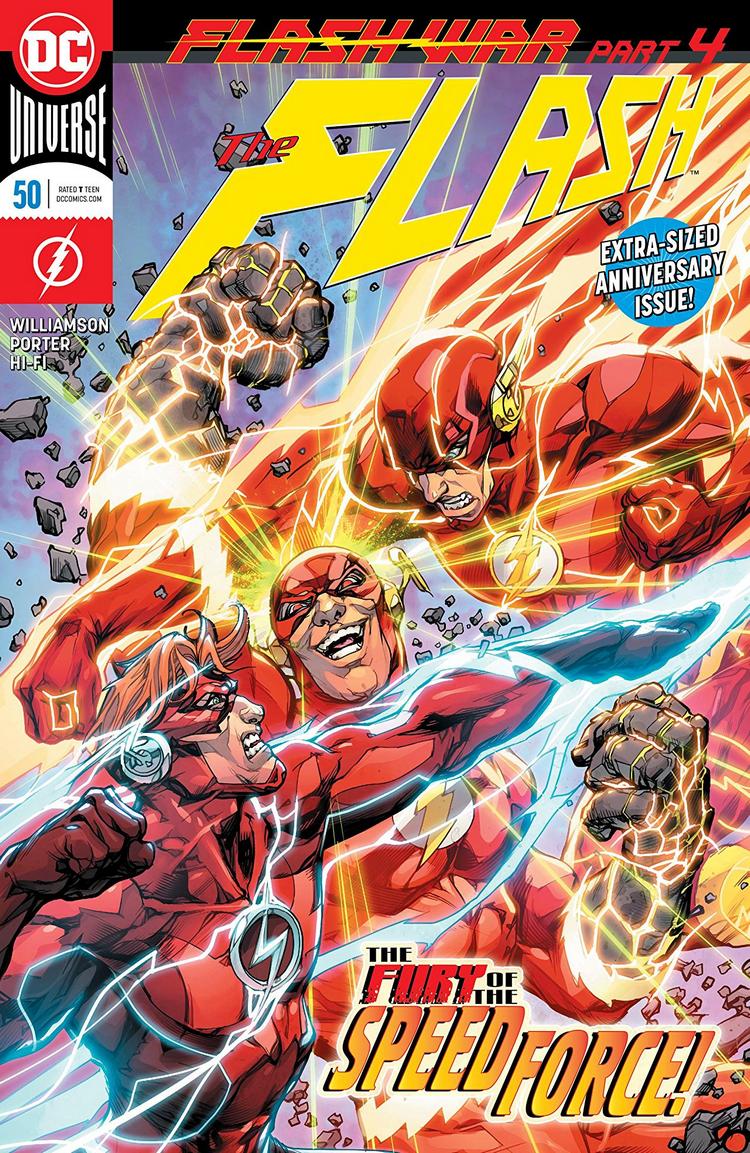 The lightning-fueled finale of “Flash War”! Zoom adapts two new Speed Force powers into his arsenal against both Barry Allen and Wally West. What are these strange new powers? What can they do? And how will this haunt the Scarlet Speedster long after “Flash War” is over? It’s the power of two Flashes pitted against the seemingly unstoppable Hunter Zolomon!

Why It’s Hot: It’s The Flash vs. The Flash vs. The Flash with the fate of the world and Speed Force at stake. Joshua Williamson and Howard Porter wrap up Flash War with this super sized anniversary spectacular that will have everyone talking this week. This is one of those get to the shop before it’s spoiled for you issues that will ensure nothing is ever the same for the Flash Family. 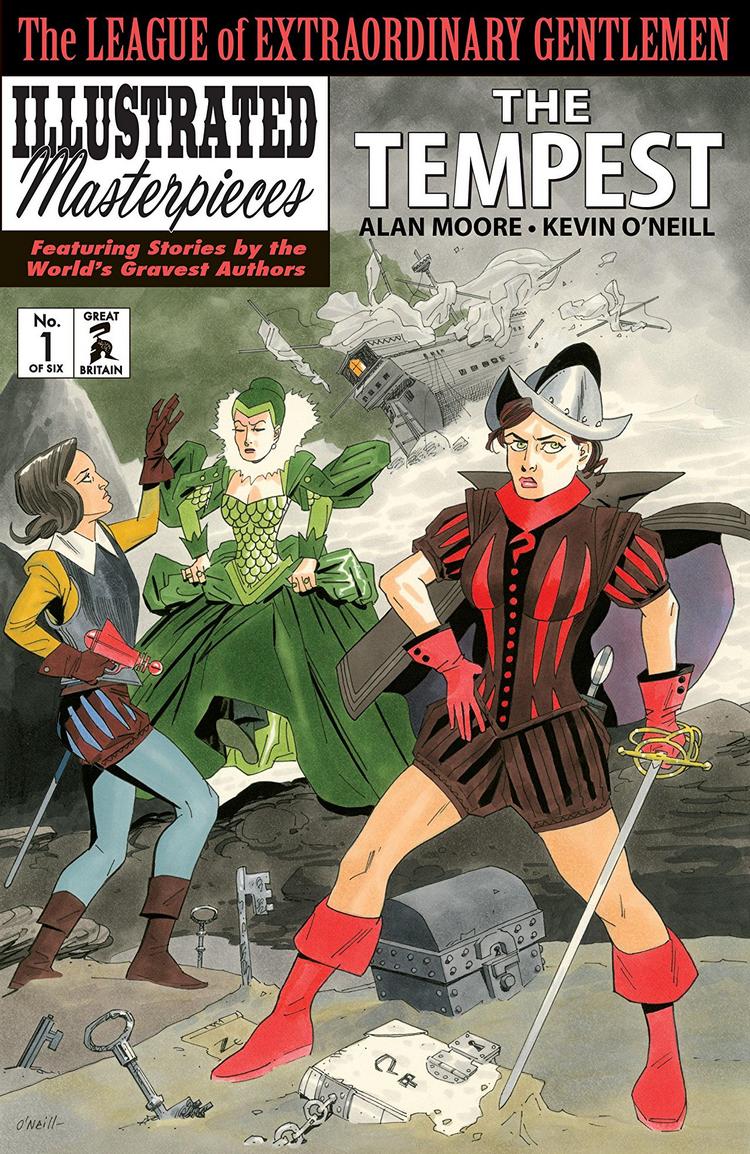 THE LEAGUE OF EXTRAORDINARY GENTLEMAN: THE TEMPEST #1
Written by Alan Moore
Art by Kevin O’Neill
Published by IDW Publishing/Top Shelf – $4.99

Why It’s Hot: The League Of Extraordinary Gentleman is back for one last time, as Alan Moore and Kevin O’Neill join forces once again to finish up their legendary run. I feel this comic should be getting way more hyped than it is, but for fans that have been following this comic for the last twenty years there’s no need for buzz. If the solicitation is to be believed this just might be Alan Moore’s final ride, and I can’t wait to see how he goes out! 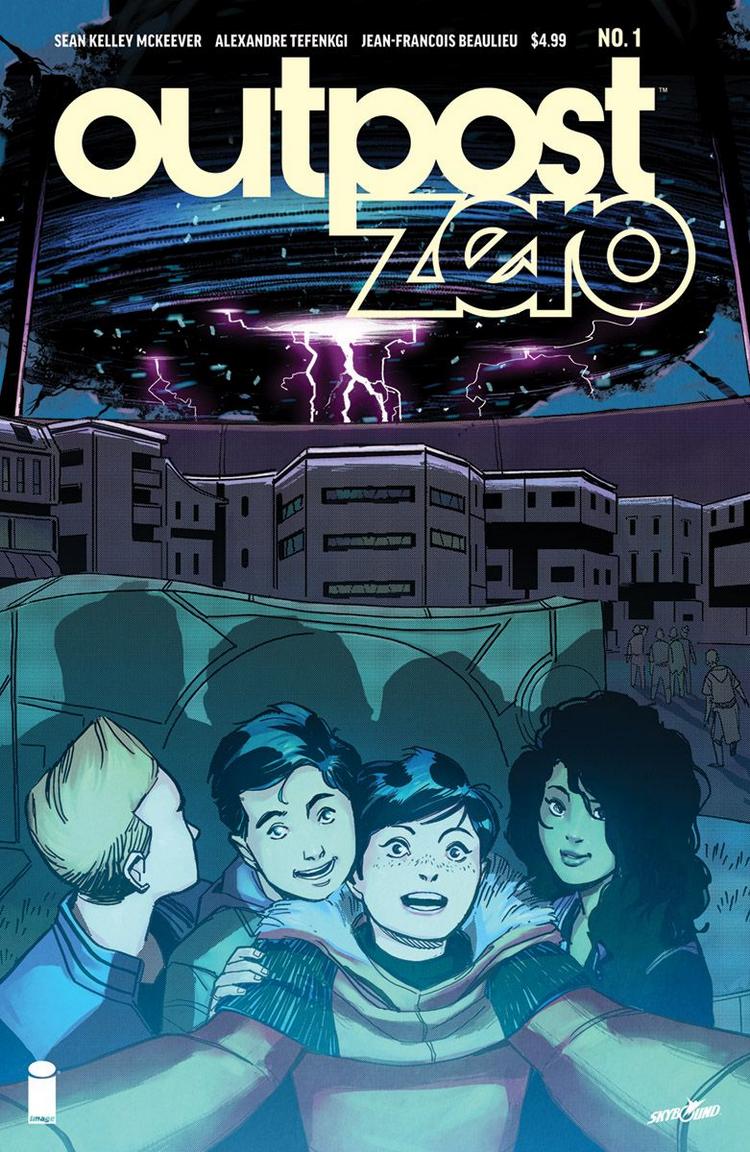 Welcome to Outpost Zero, the smallest town in the universe. The people there work the land, go to the fights every Friday night, and tuck their children into bed-but the Outpost is no place for dreams or aspirations. To survive is ambitious enough. As Alea and her friends graduate to adulthood on a frozen world never meant to support human life, something stirs. Something sees…

Explore the mysteries and wonder of the Frost in this oversized debut issue by Eisner-winning writer SEAN KELLEY McKEEVER, artist ALEXANDRE TEFENKGI, and colorist JEAN-FRANCOIS BEAULIEU.

Why It’s Hot: For a few years there about a decade ago Sean McKeever was essentially in charge of the teen heroes at Marvel. Whether it was characters like Gravity or Nomad, a team like the Young Allies, or a non continuity comic like Spider-Man Loves Mary Jane the scribe showed over and over again he could write teens with the best of them. Now McKeever makes his return to comics with a creator owned book at Image that features a group of… wait for it… teens. This group of teens live on the remote Outpost Zero, and may represent the future of humanity, if they survive the experience. McKeever has been out of comics for awhile, but don’t let that stop you from checking this one out. 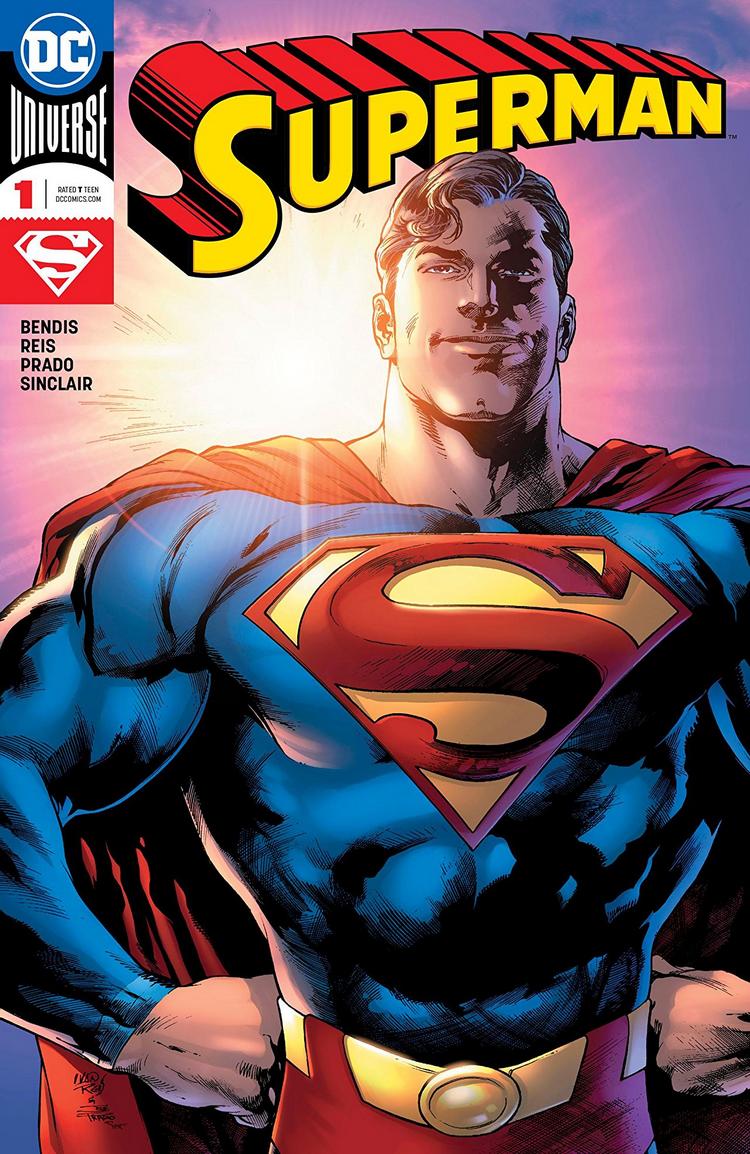 A bold new chapter for the greatest superhero of all time begins here as the superstar team of writer Brian Michael Bendis and artist Ivan Reis begin their run on the all-new SUPERMAN! The fallout from the Man of Steel miniseries has Clark Kent looking at the world through new eyes… with new ideas about what Superman could and should do for the city of Metropolis and the planet Earth. His first job? Getting the planet back out of the Phantom Zone!

Why It’s Hot: After six weeks Man Of Steel came to an end, but Bendis is just getting started with his Superman story. Joining him for the beginning of his run on the eponymous Superman title is the great Ivan Reis. This is an absolute superstar creative team working on the world’s first and greatest superhero. It doesn’t get much more awesome than that!

Cloned from a warrior, raised as a killer, Laura Kinney has gone through hell and come out the other side a hero. After a stint as the All-New Wolverine, she returns to her roots as X-23 to make sure no one ever has to go through the horrors she did. With her sister Gabby and their pet Jonathan in tow, X-23 forges her own destiny in this new series by Mariko Tamaki (HULK, HUNT FOR WOLVERINE: CLAWS OF A KILLER) and Juan Cabal (ALL-NEW WOLVERINE, ELEKTRA).

Why It’s Hot: Under the pen of Tom Taylor Laura Kinney became one of the most popular characters around in the pages of All New Wolverine. Her stint as Wolverine was so popular many readers wondered if we were better off with Logan staying dead. These same fans were equally worried about Laura going backwards and becoming X-23 again. On top of these fears was the fact that Tom Taylor was done writing Laura’s solo adventures. So you have a new(ish) name and a new creative team, but the same Laura Kinney. Tamaki is more than talented enough to live up to what has come before, and Cabal is a great fit on art. You can take the Wolverine out of the girl, but that doesn’t mean the girl and her supporting cast still aren’t awesome!