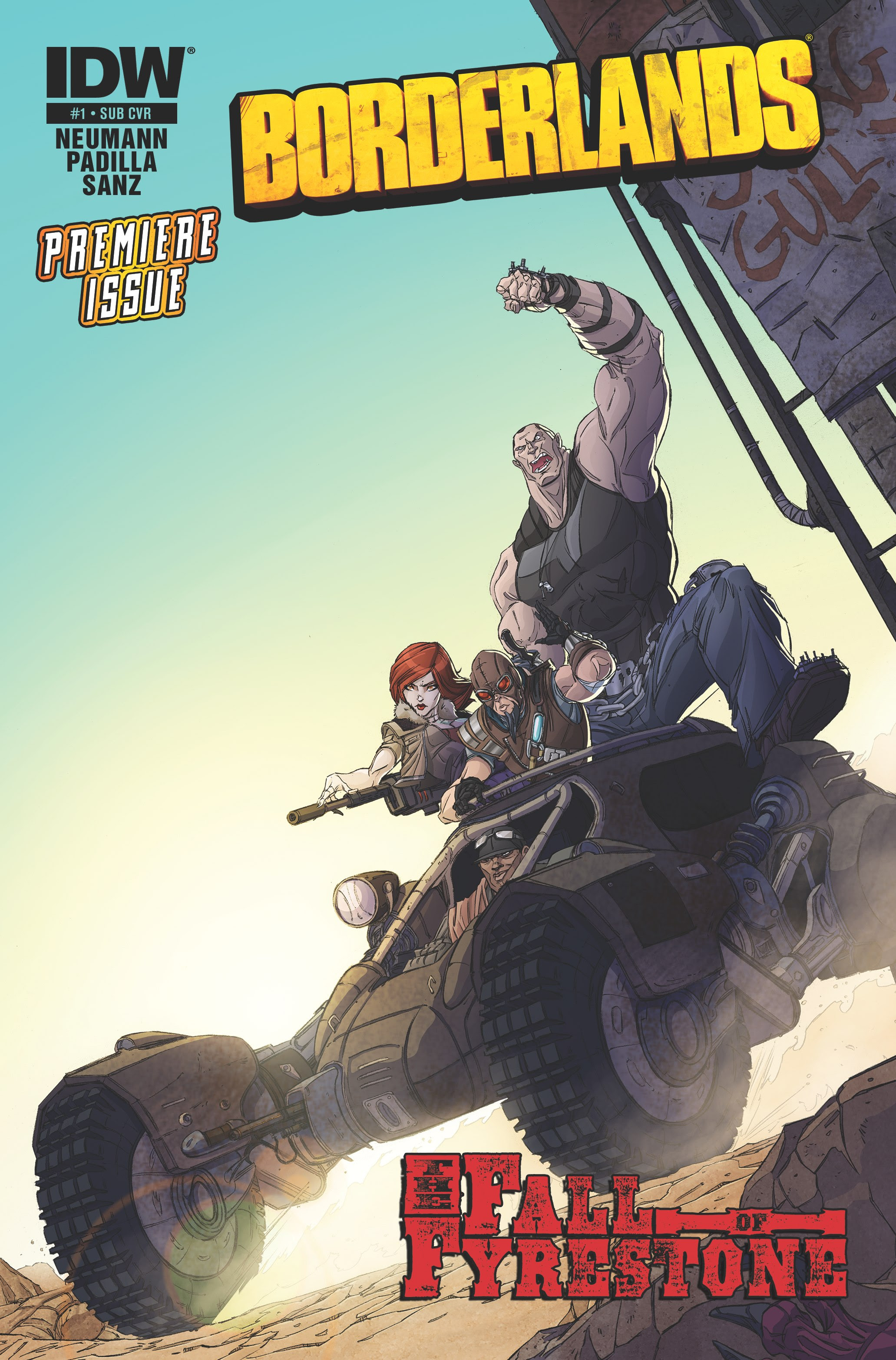 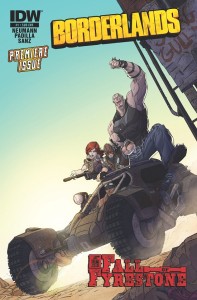 San Diego, CA (June 17, 2014) – The critically acclaimed videogame series Borderlands, begins an epic new canonical chapter this July in the original comic mini-series The Fall of Fyrestone, from IDW Publishing. Returning to the strange and deadly world of Pandora are Roland, Mordecai, Lilith, and Brick, who embark on an adventure as bizarre as the planet itself!

Following the footsteps of IDW’s hit mini-series Borderlands: Origins, The Fall of Fyrestone hits the ground running as The Vault Hunters step off of Marcus’s bus to find a city in turmoil and a threat that will take everything they have to overcome.

“Working on Borderlands: Origins was, without a doubt, one of my most fun experiences as an editor at IDW,” said editor Tom Waltz. “All the insane excitement of the mega-popular video game—not to mention its patented snarky humor—were brought to bear in that series, and with our same dynamic creative team on board for The Fall of Fyrestone, I guarantee you we’ll be turning up the dial way past eleven this time around!”

The new series welcomes back the creative team of the smash-hit Borderlands: Origins. Writer Mikey Neumann returns to Borderlands, having written not only Origins but also the original game. Agustin Padilla’s dynamic and eye-catching art will usher the hapless heroes through the new adventure.

“Since we finished up Origins, I’ve been waiting for the opportunity to continue onward in the story now that the Vault Hunters have met up on the bus,” says Neuman. “No, seriously. I’ve been waiting outside of Tom Waltz’s house since we shipped the last issue. My hair has birds in it and I’ve been forced to eat them for nourishment. Tom doesn’t look at me the same way anymore, but I know he’s just as excited to be back (and also chuffed that I’m off his lawn).”

Adored by fans, the over-the-top franchise made waves with two highly successful videogames, and as a comic in the 2012 series Borderlands Origins. Return to Pandora with The Vault Hunters this July and discover the secrets of The Fall Of Fyrestone!