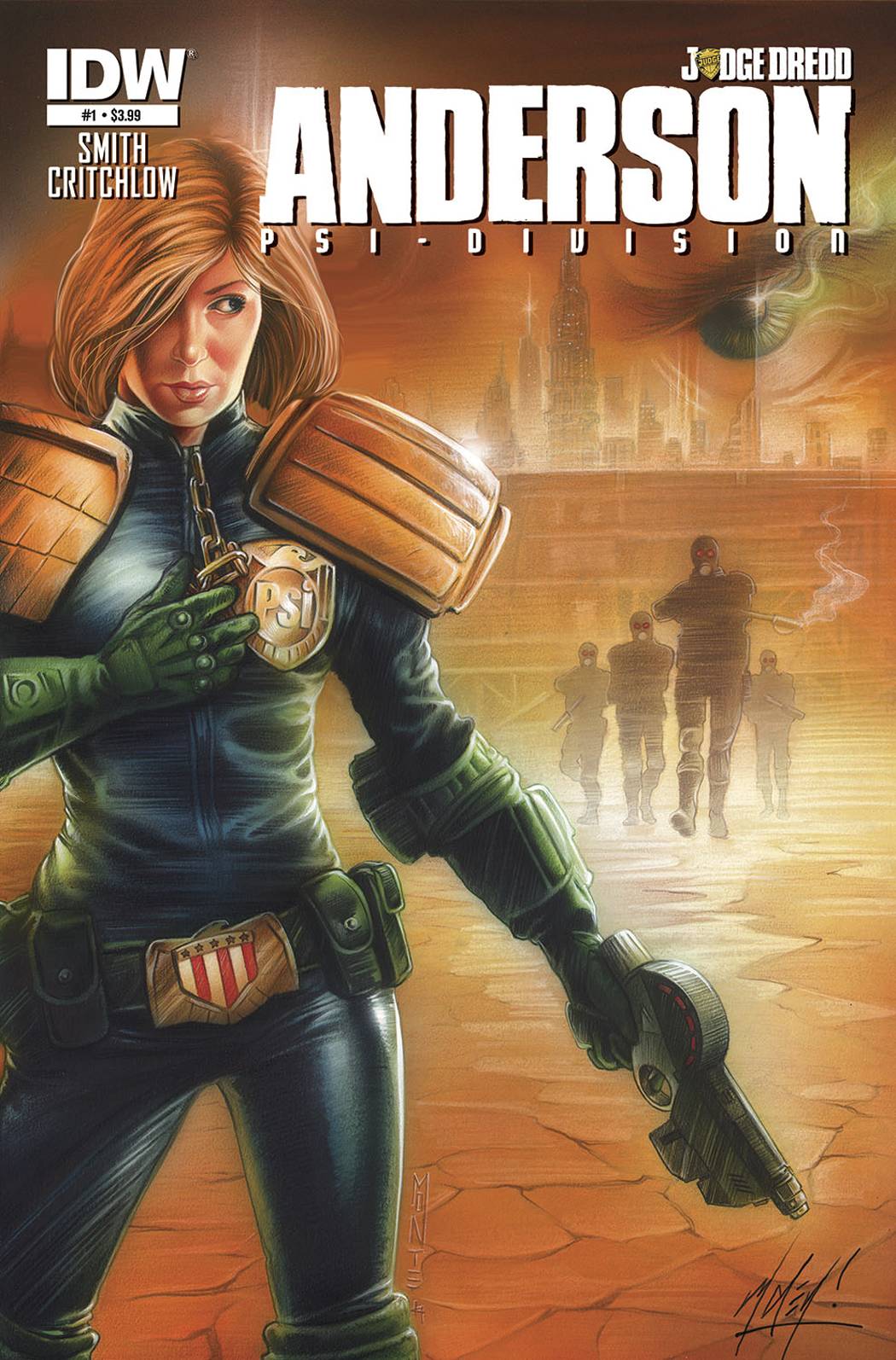 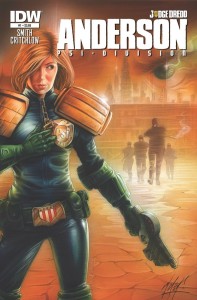 San Diego, CA (June 11, 2014) – This August, IDW Publishing will add a brand-new series to its growing line of critically-acclaimed Judge Dredd titles—Judge Dredd: Anderson, Psi-Division, spotlighting the eponymous judge and her early days with the unique branch of the law.

Created by legendary writer John Wagner and artist extraordinaire Brian Bolland, the telepathic and precognitive Judge Cassandra Anderson is well-known to Dredd fans, and her popularity has demanded she get her own series. With events taking place prior to IDW’s ongoing Judge Dredd series, “King of the Six Sectors” kicks off with Judge Anderson having a haunting vision of an attack on the Megapolitan Museum. Shaken to the core, she sets out to prevent the unthinkable.

“Following up his exploration of Judge Dredd’s early career in Year One, Matt Smith turns his keen eye toward defining Judge Anderson for a new generation of readers,” says series editor Denton J. Tipton. “From the halls of the Justice Department, to the galleries of the Megapolitan Museum and swamplands outside Texas City, Anderson will face a trial by fire, forging her into the authoritative Judge we know today.”

2000 AD editor Matt Smith brings his extensive knowledge of the character and lore to the new series as writer. The distinct and eye-catching artwork of Carl Critchlow will be on full display as he handles all of the interior art duties for the series. Matt Haley will provide covers for the series, with issue #1 featuring variant covers by Chris Weston and Mimi Yoon.

‘Psi-Judge Cassandra Anderson is one the great, iconic characters from 2000 AD – an irreverent foil to Dredd, her wit and warmth made her an instant favourite with the fans the moment she was first introduced way back in 1980, and she’s been a mainstay of the comic ever since,’ says Smith. ‘Her position as one of the signature figures in Dredd’s world was cemented by her appearance in the 2012 DREDD movie. So I had a lot of fun writing a new case for her for IDW – and Carl has done a phenomenal job, capturing both Cass and the Big Meg beautifully.’

Exploring a whole new corner of Mega-City One, Judge Dredd: Anderson, Psi-Division is the next essential adventure for Dredd-heads! Judge Anderson also can be found regularly alongside Dredd in the ongoing IDW title Judge Dredd.