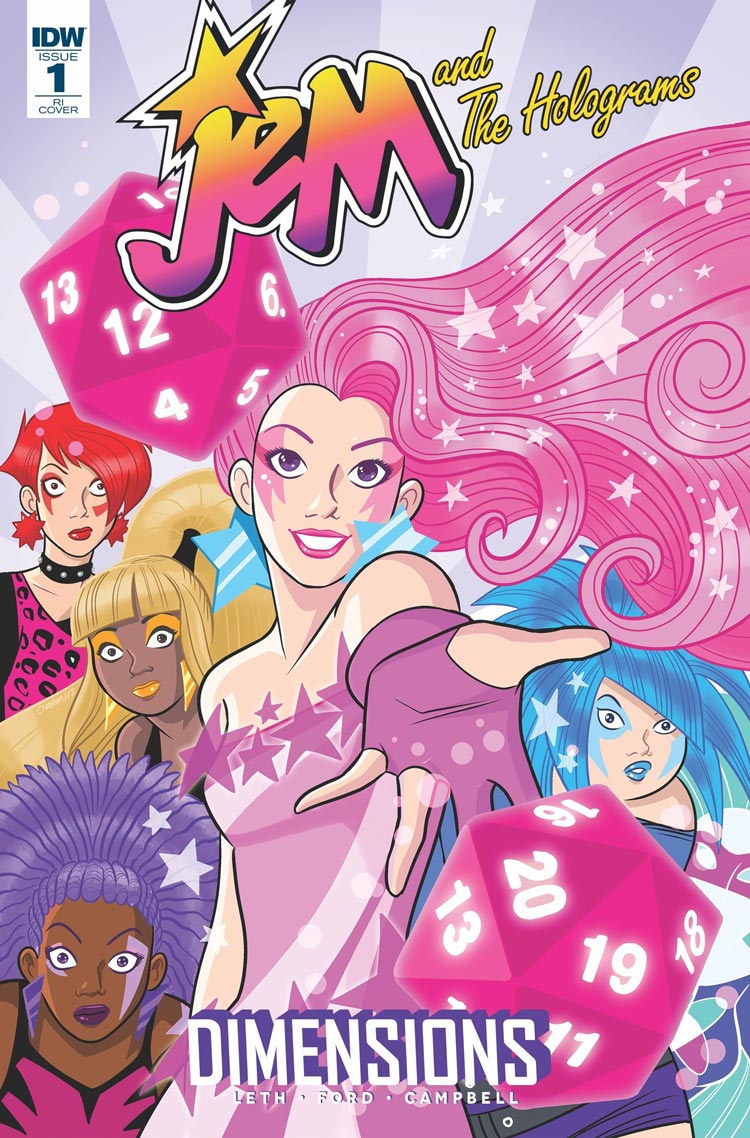 This new series, from IDW Publishing, will be an anthology comic set in Jem’s world, and will bring in a rotating roster of talent into the mix, as well as some Jem mainstays, to tell new adventures, with two self-contained stories per issue.

The debut issue sees writer Kate Leth (Patsy Walker, A.K.A. Hellcat!) and artist Tana Ford (Silk) jamming on a Dungeons and Dragons game night where Jerrica plays the role of Dungeon Master and even Synergy joins the fun! Just as exciting, Sophie Campbell returns to the world of Jem, writing and illustrating a story about the Misfits on a ski trip gone south when Pizzazz’s cat is on the loose!

Sarah Gaydos, IDW Group Editor says, “Sophie, along with series regular writer Kelly Thompson, took the classic Jem and the Holograms concept, and reimagined it for a new generation of Jem fans. Now, with Dimensions, the floodgates have been opened for creators new to Jem to come play in Kelly and Sophie’s arena for an all-star jam session.”

Jem fans can rest assured that Thompson won’t be going far, though, and can anticipate her return to the series before you can say “Showtime, Synergy!”