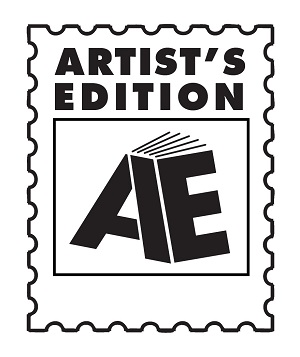 San Diego, CA (June 17, 2014) – Tomorrow marks the release of the first of six Artist’s Editions that will fill the summer with new additions to the Eisner Award-winning line. The scheduled back-to-back releases will continue through October, packed with original art from some of the most influential industry legends.

Arguably the most celebrated comic strip of all time, Peanuts, by Charles Schulz, headlines this incredible summer of Artist’s Editions, arriving in stores tomorrow, June 18th! This essential Artist’s Edition collects over Two Hundred and Fifty of Schulz’s original strips that appeared between 1950 and 1960. Scanned at the highest quality possible, this Artist’s Edition presents the finest details that shaped this iconic series.

A resoundingly influential run from a creator that helped shape an era, Jim Steranko’s Nick Fury, Agent of S.H.I.E.L.D. Artist’s Edition arrives in July. Scanned from Steranko’s private collection, this Artist’s Edition has also been designed by the man himself. Steranko’s unique style and impeccable flair will make this truly one of the best-looking books on the shelf.

July continues to heat up with the release of Mike Mignola’s modern masterpiece Mike Mignola’s Hellboy: Artist’s Edition. Collecting the 5-issue mini-series Hellboy in Hell, along with added bonus Hellboy material, including the first three Hellboy stories, this very special Artist’s Edition will definitely be a must-have for any collection.

The biggest event of the year, San Diego Comic-Con International will be getting even bigger this year, when the Watchmen: Artifact Edition makes its prestigious debut. The importance and lasting legacy of this series cannot be overstated; defining a medium and shattering pre-conceived notions, Watchmen continues to be for many, the standard for what comics can achieve. Artist Dave Gibbons will be on hand with IDW, at the San Diego Comic-Con to celebrate this monumental launch.

San Diego Comic-Con International will also premiere the variant cover to the highly sought after Walter Simonson’s The Mighty Thor second printing. Grab yours early, because this unique variant, will sell out quick!

Collecting the greatest and most iconic covers from the rich history of Marvel Comics, the Marvel Covers: Artist’s Edition is a cavalcade of epic artwork and will be released in August. With covers from Art Adams, John Buscema, John Byrne, Jack Kirby, Frank Miller, Jim Starlin, Jim Steranko, Bernie Wrightson and many more, this Artist’s Edition guides through the legendary work that has caught readers eyes for over 50 years!

One of the most acclaimed series’ of the 1970s, Archie Goodwin and Walter Simonson’s Manhunter appeared as a back-up in Detective Comics, and within seven quick tales, became a fan-favorite run. Collected in Walter Simonson’s Manhunter & Other Stories: Artist’s Edition, the original run will be presented in its entirety, along with classic tales from Simonson from Batman, Dr. Fate, Metal Men, & more! Like The Mighty Thor Artist’s Edition, this collection was scanned from Simonson’s own collection and will be available in September.

You can order Artist’s Editions while supplies last, anytime online on the IDW webstore or come find IDW at conventions, including New York Comic-Con, to get your copy of these paramount collections.