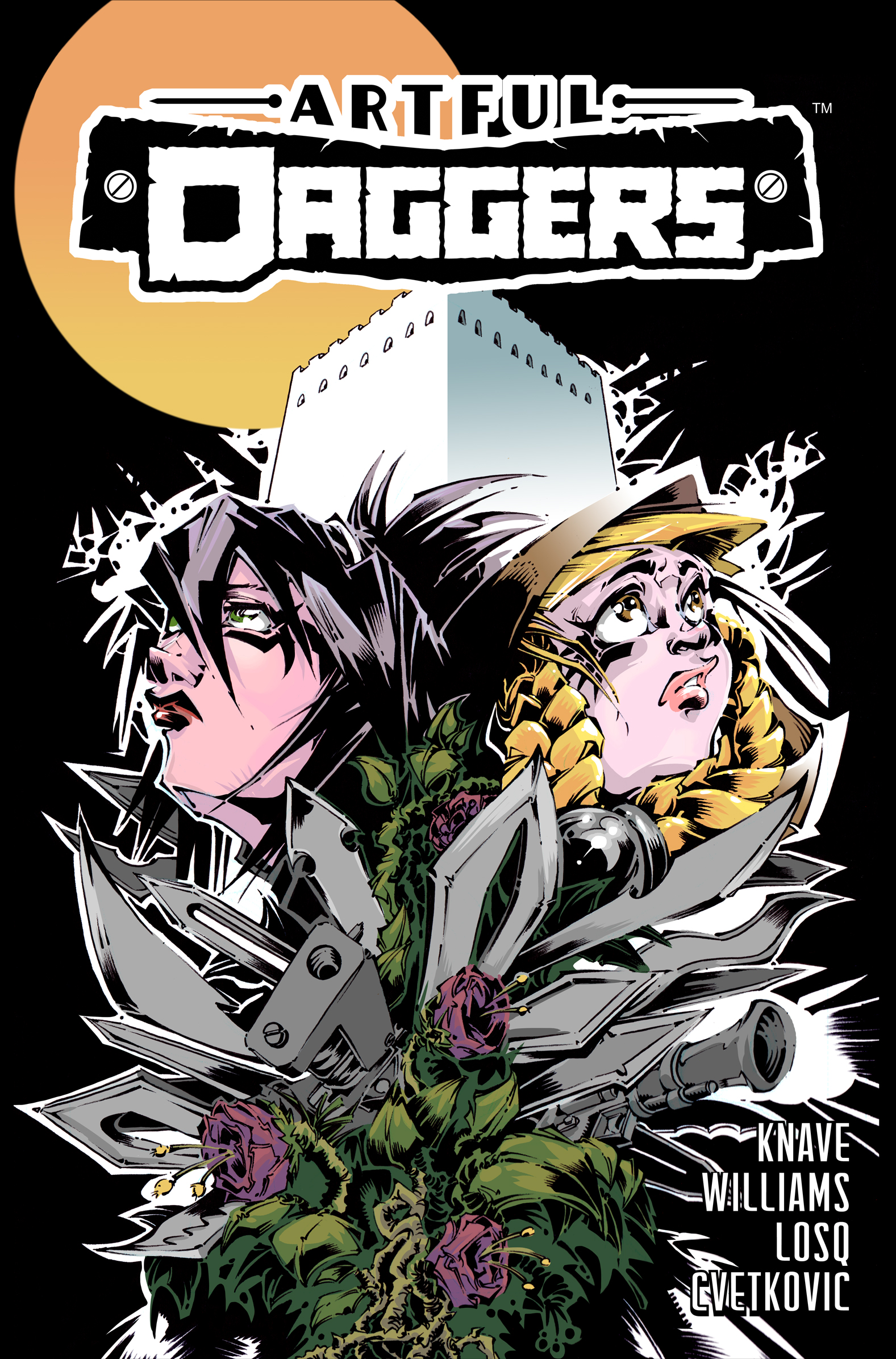 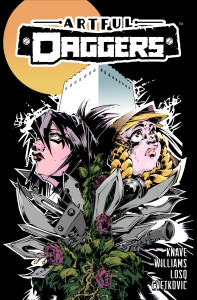 San Diego, CA (December 3, 2013) – With smash hits like Edison Rex and Amelia Cole, MonkeyBrain Comics and IDW Publishing have established a new precedent for comics moving from digital to print. After success being serialized digitally, these great titles get handsome collections, meant for the traditional comic and book markets. The next title to find a whole new audience in print will be Artful Daggers: Fifty Years Later, scheduled to hit shelves in March 2014.

Created by Sean E. Williams (Fairest), Adam P. Knave (Amelia Cole) and Andrew Losq, with lettering by Frank Cvetkovic (Molly Danger), Artful Daggers is a story of greed, betrayal, and ultimately, corruption. Fifty years after a time-traveler brings science and technology to the medieval ages, corporations have replaced kingdoms, and the future teeters on a bleak precipice. Agents and assassins, hired for their specialties by the rivaling companies, stem the flow of information with the flow of blood. But the current system can’t hold, and the balance of power is shifting…

“We all had a blast making this first ARTFUL DAGGERS arc, a spin-off of Mark Twain’s A CONNECTICUT YANKEE IN KING ARTHUR’S COURT, and have been blown away by the enthusiasm of digital readers,” Williams said. “Partnering with IDW for the print collected means a whole new set of readers can discover Andrew’s astounding art and explore this alternate universe for the first time, with the lush attention to detail that IDW brings to its books.”

The relationship between digital and print comics moves into the future, IDW and MonkeyBrain remain at the forefront, releasing quality title after quality title, and Artful Daggers is no exception!