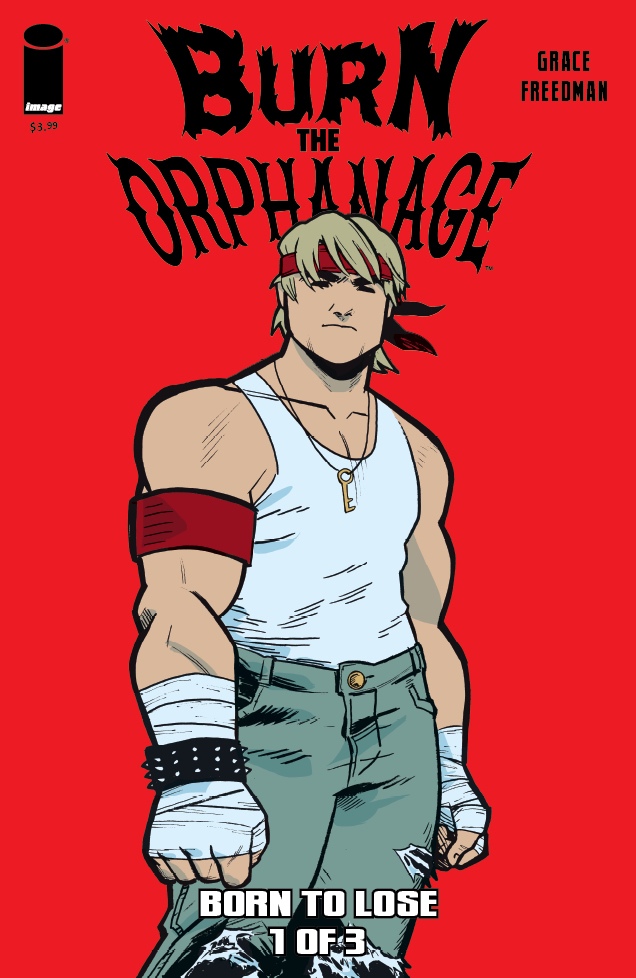 Starting in August, Image Comics will show readers that revenge is a dish best served with blazing side-scroller-style action when it publishes BURN THE ORPHANAGE, the first part of the BORN TO LOSE trilogy by Sina Grace (THE LI’L DEPRESSED BOY, NOT MY BAG) and Daniel Freedman (UNDYING LOVE).

Rock was a young orphan when he was left for dead in a burning building, and now he’s out to find the person responsible. With action inspired by 1980s video games like Double Dragonand Streets of Rage, Rock will take on every goon and punk in the city, along with his friends Lex and Bear, who bring their own talents into the mix.

“I’m lucky enough that I get to work with one of my best friends on a comic book that was birthed from a love of video games, music, and styles of our shared childhood,” said Grace, who both co-writes and draws the series. “We’re going to put our rough and tough hero Rock through the wringer in Burn the Orphanage, and I’m glad that the industry embraces the product of our intense friendship.”

Co-writer Freedman agreed. “Burn the Orphanage is Sina’s and my baby to the world,” he said. “While it was in our collective womb, we piped in shred guitar and 8-bit techno. Birthed it by way of interstellar travel. Nursed it on an unhealthy amount of side-scrolling, brawling, and button-mashing. And clothed it in the fur-lined rags of our childhoods, meaning acid washed jeans, bandanas and fishnets. I’m just excited for people to finally get a look at this monster.

BURN THE ORPHANGE: BORN TO LOSE #1 will be in stores on August 7 and is available now to pre-order from the June issue of Previews (Diamond Code JUN130429). 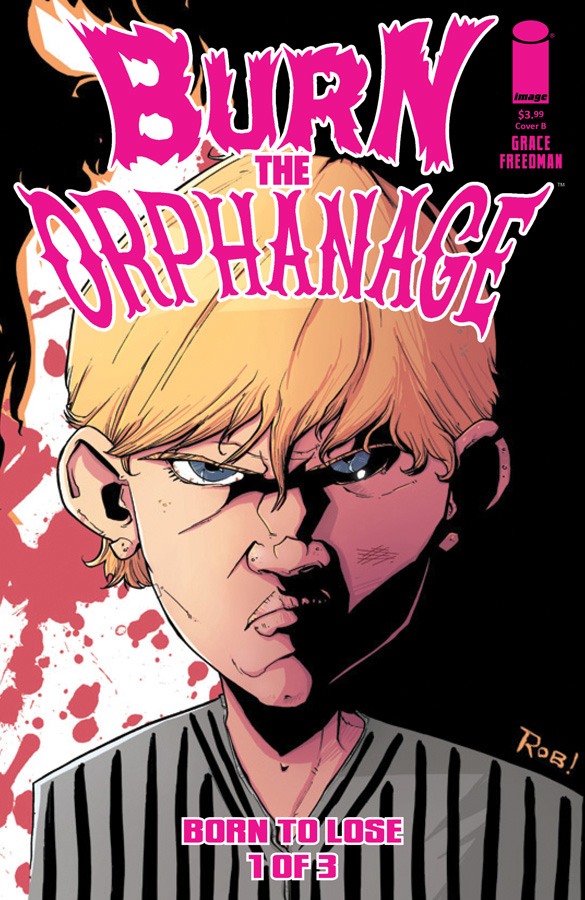 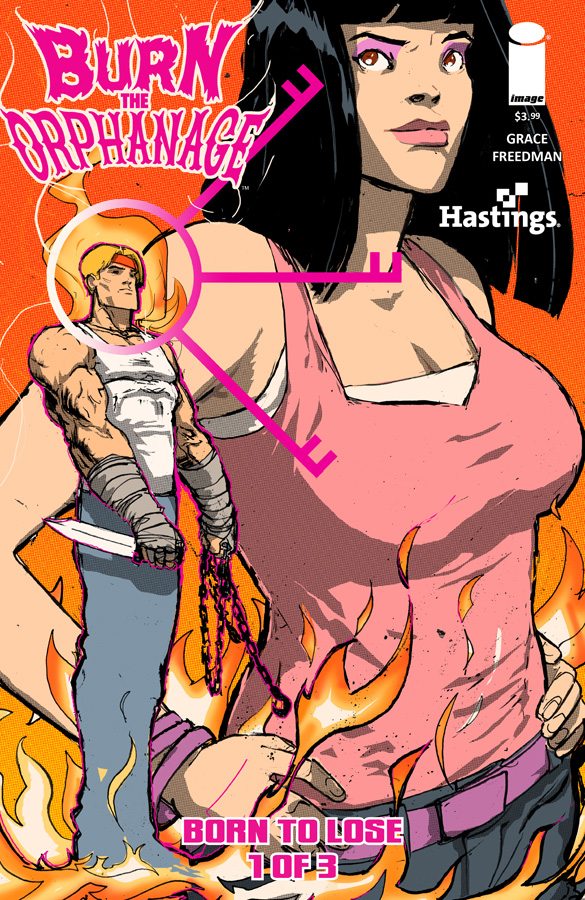