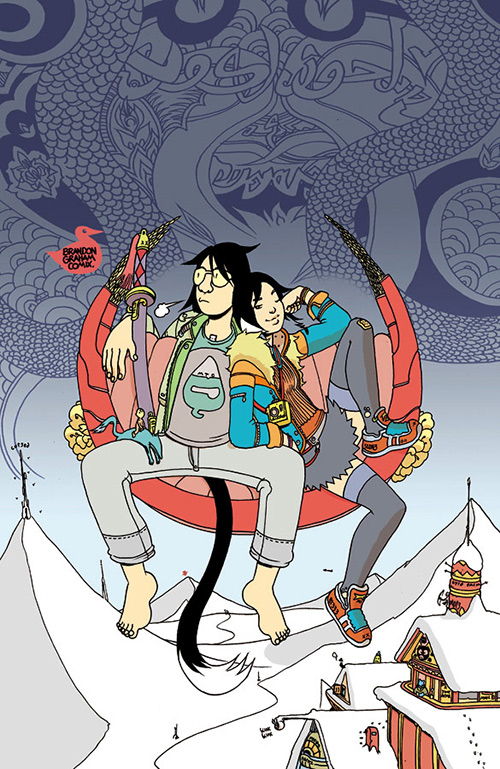 Image Comics has announced a new collection that will encompass the entire Multiple Warheads series by Brandon Graham. 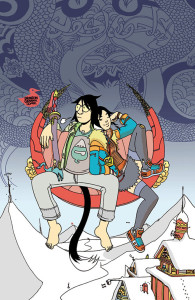 Before he broke new ground and shot to the forefront of the comics industry after KING CITY and PROPHET, Brandon Graham created MULTIPLE WARHEADS, a slice-of-life take on an alternate version of Russia rooted in science-fiction and fantasy. The original one-shot comic starred Sexica, an organ smuggler, and her werewolf boyfriend Nikoli, who worked as a mechanic. Out of print for years, MULTIPLE WARHEADS is being reprinted, along with a more recent miniseries, in THE COMPLETE MULTIPLE WARHEADS, on sale this December 4 from Image Comics.

MULTIPLE WARHEADS features ghosts, magic, and monsters, which doesn’t make it sound much like slice-of-life comics. But the twist is that while Graham enjoys exploring the supernatural and sci-fi elements of the world, the focus is squarely on the characters and their relationships with each other. Wild things do happen, and absurd characters do appear, but if you’re reading MULTIPLE WARHEADS, you’re reading it to see what happens to the cast, in addition to exploring their vibrant world.

“I love showing what the day to day lives of these characters who live in a world which is basically if Russian fairy tales made it into the modern age of cars and rock and roll. The more I work in the world the more I’ve been allowing myself to stray off the main path and show what else is out there. That’s always a big part of the fun of making comics for me, you can open every fictional treasure chest or book on the characters shelves to show what might be inside.”

The original MULTIPLE WARHEADS one-shot was a highly-prized and rare part of Graham’s body of work. Recently reprinted as MULTIPLE WARHEADS: DOWN FALL with new material, the original story set the foundation for the MULTIPLE WARHEADS miniseries, published by Image Comics in 2012. The miniseries depicted the further adventures of Sexica and Nikoli, and introduced Blue Nura, a no-nonsense bounty hunter thrown in over her head on a job.