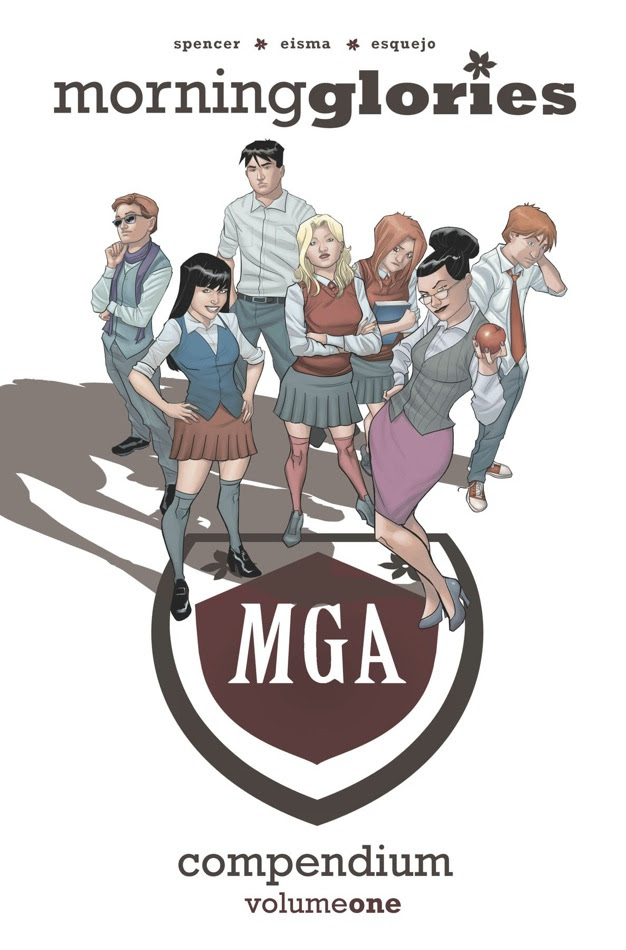 Often described as “Runaways meets Lost,” MORNING GLORIES by Nick Spencer and Joe Eisma is getting its very own massive compendium edition that collects the first 38 issues of the supernatural suspense series.

Over 1,048 pages, six brilliant new students find something much different from what they expected within the walls of what, to outsiders, looks like a prestigious college preparatory boarding school. Pit against each other in deadly battles of wits and wills, the students meet the insurrectionist Truants and begin to unravel the sinister secrets of Morning Glory Academy.

A cult hit among fans who analyze and theorize where the twisting plot points are heading (such as in the MGA Study Hall at Multiversity Comics and the Morning Glories Wiki), MORNING GLORIES now has the perfect volume for readers who want to delve into its world and perhaps answer the question “What did you see when your eyes were opened?”

MORNING GLORIES VOLUME 1 COMPENDIUM will be in comic book stores onDecember 3 and in bookstores on December 16. It is available for pre-order now.