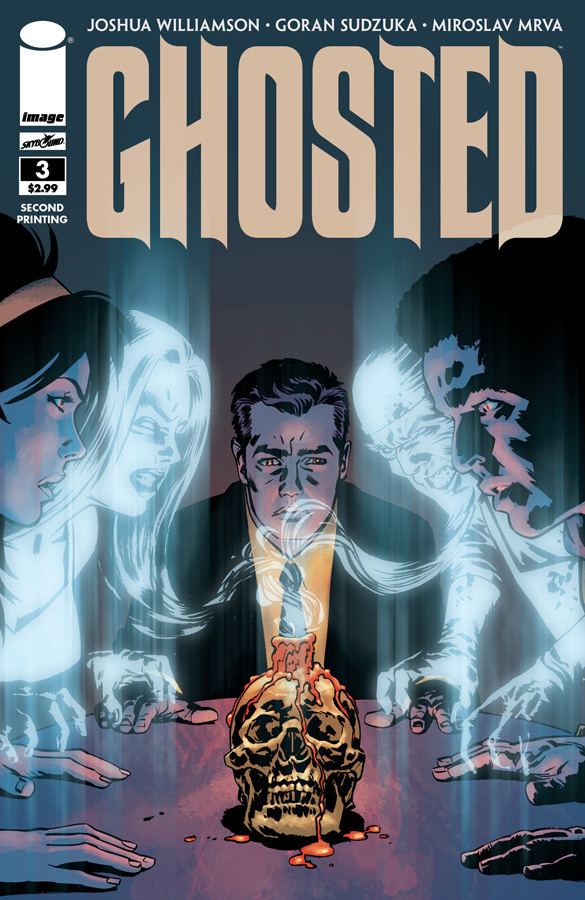 Image Comics has announced a third straight sellout for Ghosted by Joshua Williamson & Goran Sudzuka. Issue #3 is heading back for a second printing. 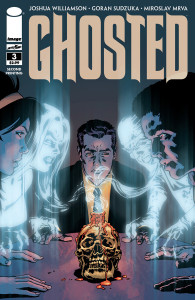 GHOSTED #3, written by Joshua Williamson and drawn by Goran Sudzuka, has sold out at the distributor level. This is the third straight sell-out for this hit new series and GHOSTED #3 will be reprinted to meet demand in October.

Williamson and Sudzuka have clearly struck gold with their supernatural heist comic, in which a team of thieves are tasked with stealing a ghost from a haunted mansion. Since debuting from Image Comics imprint Skybound in July, GHOSTED has seen massive sell-outs and rave reviews:

“This is by far Sudzuka’s best artwork to date. He’s the kind of guy you dream about drawing your comic because he gets every last panel right.”
– Joshua Yehl, IGN

“Ghosted is quickly becoming one of my favorite series. It’s a fantastic concept that has really been delivering the past few months. Writer Joshua Williamson has a great book here, and with the combine creative talents of Goran and Miroslav, this is a book that everyone should be reading. It’s different, in the best way possible. Overall, I highly recommend this book and this series.”
– Mat Elfring, ComicVine

“Williamson and Sudzuka’s Ghosted succeeds by taking a couple of very familiar (and pretty in vogue) genres and mixing them up. There’s a little bit of horror, a little bit ofHoax Hunters paranormal procedural structure going on, and a whole lot of heist movie flair to tie it all together. With a balanced cast of characters and a pacing that never stays in one place for too long, Ghosted freshens up a bunch of things that we’ve seen in plenty of comics before.”
–  Vince Otrowski, Multiversity