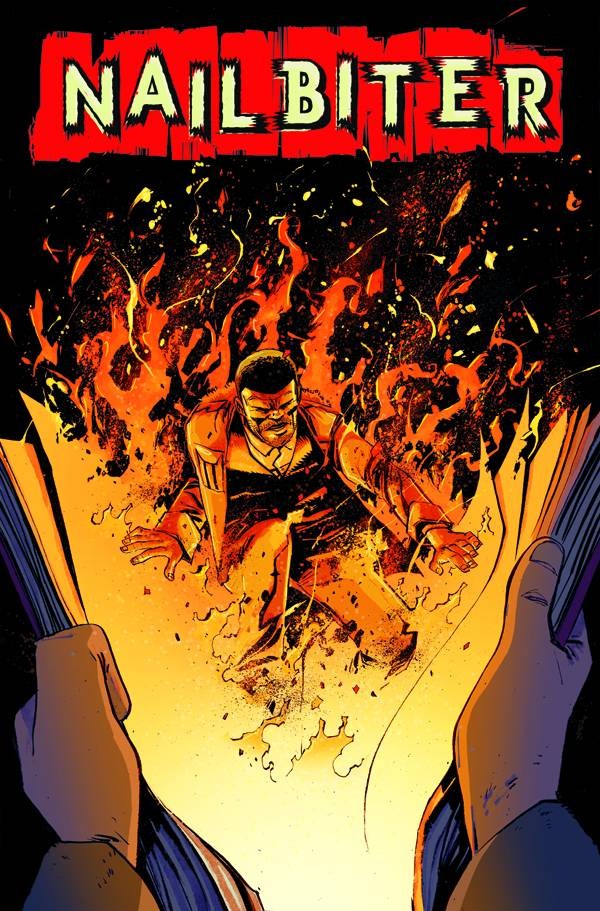 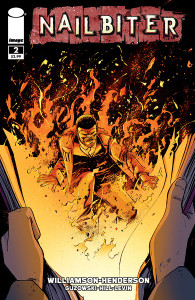 The comics industry continues to sleep with the light on due to Joshua Williamson (GHOSTED) and Mike Henderson’s (MASKS AND MOBSTERS) hit horror series, NAILBITER. The second issue sold out instantly at the distributor level and has been rushed to a second printing to meet customer demand. To whet the appetite of fans, who have likened the series’ vibe to that of Twin Peaks and The Silence of the Lambs, Image Comics is pleased to reveal early pages of issue #3 in the series and announce that the letters pages will be aptly named “Nail Clippings.”

“Mike and I are blown away to the response to the first two issues of Nailbiter,” said Williamson. “Retailers are really supporting our horror book and it shows. One of the fun things for Mike and me is that we know what’s coming down the line in future issues, and for the people who loved issue one and two… they haven’t seen nothing yet. We won’t be satisfied until we have you checking under your bed at night for the Nailbiter.”

The mystery and suspense builds in these issues as Detective Nicholas Finch enlists the help of the infamous Nailbiter in order to uncover evidence that might point him toward finding his missing friend. But there are secrets lurking beneath the surface in the town of Buckaroo, and not everyone is who they seem.

“If Josh died I wish he’d leave Nailbiter to me in his will so I could say it was my idea.”
—Scott Snyder (WYTCHES, Batman, American Vampire)

“Prepare your cuticles for this masterful bit of horror.”
—David Pepose, Newsarama

“In the end, Nailbiter stands on a premise so instantly enticing that you can almost see the movie trailer.” —Robert Tutton, PASTE Magazine

“If you’re planning on getting a peaceful night’s sleep full of happy, prancing sheep, you may want to hold off on reading Nailbiter. The newest title from creators Joshua Williamson and Mike Henderson… an icky and eerie debut that’s sure to turn your sweetest dreams into the stuff of nightmares.” —Jeff Lake, IGN

“It’s a joy to see a dark story make its point without relying on over-the-top or gratuitous scenes. With a big mystery and a killer (or killers) lurking about, you won’t know if the main characters will survive for many issues.”
—Tony Guerrero, Comic Vine

NAILBITER #2 has completely sold out at the distributor level, but may still be available in comic stores. It is currently available digitally on the Image Comics website (imagecomics.com) and the official Image Comics iOS app, as well as on Comixology on the web (comixology.com), iOS, Android, and Google Play.

Image Comics is pleased to announce that this second issue will be going back to print to meet customer demand. The second printing of NAILBITER #2 (Diamond Code APR148432) will release on 7/2.

NAILBITER #3 releases 7/2 as well and will be available for pre-order with Diamond Code MAY140718.