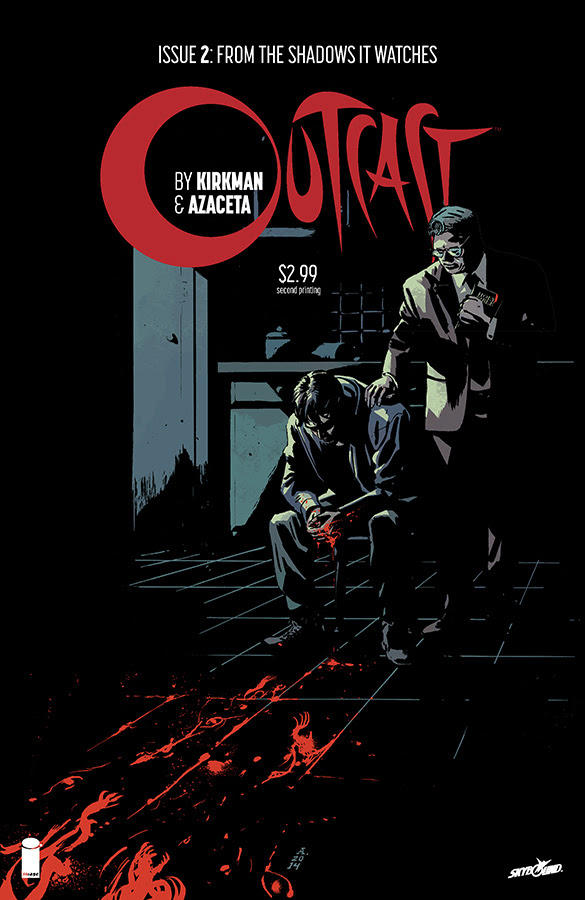 On track to match the worldwide success of THE WALKING DEAD, the second issue of Skybound/Image Comics’ OUTCAST BY ROBERT KIRKMAN & PAUL AZACETA has sold out completely and is slated for a second printing. The first new series written by Kirkman himself in years, this demonic possession-focused horror comic builds on the mystery and mounting terror in its second issue and has hooked fans of classic horror and the entertainment phenomenon THE WALKING DEAD. Robert Kirkman and Fox International Channels announced late last week that Cinemax has green lit the pilot for Outcast. More news regarding casting and production to follow in the upcoming weeks.

Still reeling from the revelations of issue #1, Kyle Barnes is faced with the implications of what he’s learned about demonic possession and the time during his childhood when his mother was possessed by evil. Kyle must put the pieces together and uncover the truth behind why he seems to attract darkness and demonic activity at every corner.

After the momentum-building, successful launch of OUTCAST BY KIRKMAN & AZACETA #1, readers snapped up this second issue to unravel more of the mystery behind Kyle’s nature. The issue will go into a second printing in order to meet customer demand. For fans of digital editions, OUTCAST BY KIRKMAN & AZACETA #2 remains available for purchase across all platforms, including the Image Comics website (imagecomics.com) the official Image Comics iOS app, Comixology’s website (comixology.com), iOS, Android, and Google Play.