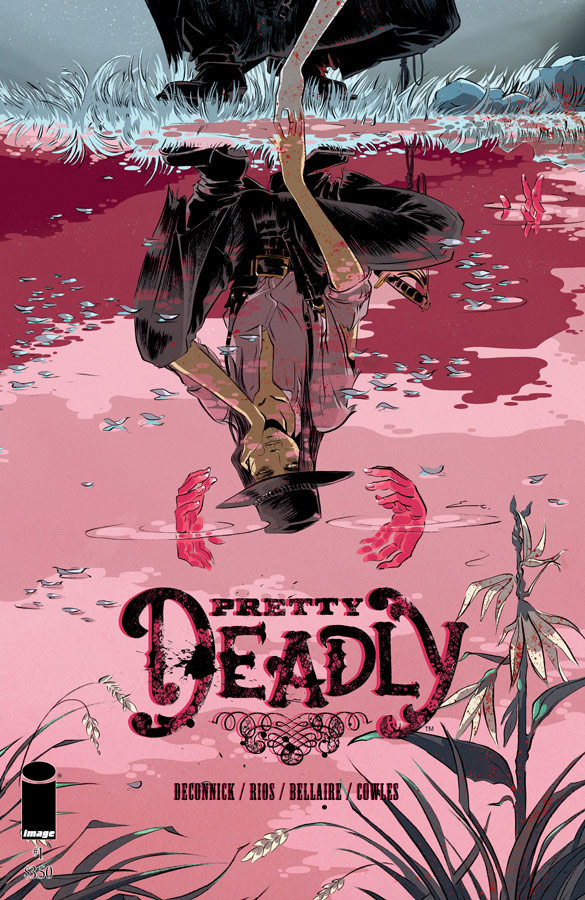 Image Comics has announced a second printing for Pretty Deadly #1. 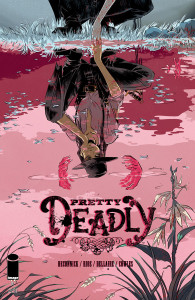 Kelly Sue DeConnick and Emma Ríos’s PRETTY DEADLY #1, one of the most anticipated new releases of the year, has officially sold out at the distributor on its first day of release and will be going back to press for a second printing. DeConnick and Ríos’s fantasy western, featuring Death’s daughter in an Old West that’s equally influenced by magical realism and Japanese exploitation films as it is by spaghetti westerns, has already garnered an astronomical amount of praise from fans, press, and fellow creators:

“One of the best comics debuts of the year.”
– Evan Narcisse, Kotaku

“Pretty Deadly #1 is a fantastic debut issue by creators who are working in perfect tandem to tell one of the tightest stories I have seen in a #1 issue in a long time.”
-Aaron Long, Comicosity

“The art team displays a terrific level of experimentation. Bellaire blends sensible, real world colors with bubblegum highlights; a freshly fired pistol trails soft, pink smoke, a captivating tale comes to live in vivid shades of orange and yellow, and the trail of a bullet leaves a purple streak against the cold blue of a twilight sky.”
-Zach Wilkerson, Multiversity Comics

“From the first couple of pages all the way to the end […], DeConnick and Ríos have managed to create a world that is so captivating and painfully beautiful that it’s impossible to tear yourself away from it.”
-Toribee, Comics: The Gathering

“Pretty Deadly is not meant to be rapidly devoured. It is meant to be savored, allowing time to ruminate upon the symbolism, stare at the deluge of lines and color, and be swallowed by the depth of each character’s stare.”
-Vanessa Gabriel, Newsarama