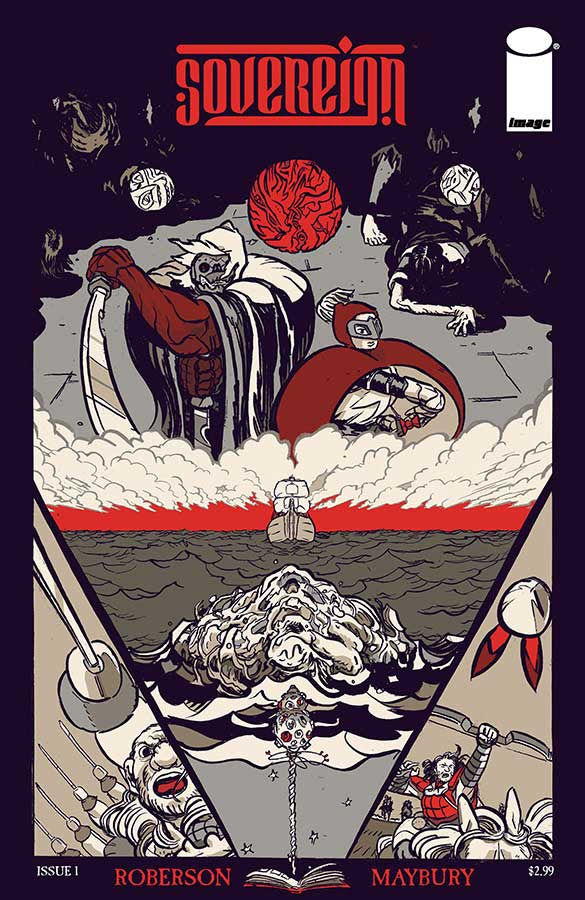 Image Comics has announced a second printing for Sovereign #1 by Chris Roberson and Paul Maybury. 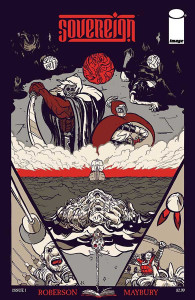 Chris Roberson (Edison Rex, iZombie) and Paul Maybury (POPGUN, Catalyst Comix) brought to life a multi-layered and intricately-plotted fantasy series on par with Game of Thrones that has drawn the attention of legions of fans in SOVEREIGN #1, which has sold out instantly at the distributor level and will be going into a second printing.

In a world where gods, demons, and magic have slipped into myth, SOVEREIGN tells the story of masked undertakers facing the undead with swords while civil wars threaten the delicate balance between colliding cultures. But out of the ashes of history rises a new threat and the promise that magic has not yet faded into mere memory.

“Paul Maybury’s art is excellent, especially for this kind of series. The work has a distinct and specific look, one that draws on inspiration from old, classic stories like The Three Musketeers or The Man In The Iron Mask. His pencils are thin, but exquisitely detailed. There is a rustic quality about every panel, which allows for Roberson’s story to really come to life.” —Iann Robinson, Crave Online

“If this comic keeps delivering on the deep epic-fantasy foundations its building in issue #1, and Maybury keeps his design-sense sharpened, Sovereign will absolutely be a long form story worth investing in.” —Vince Ostrowski, Multiversity Comics

“Like the start to Brian K. Vaughan’s Saga, this new world birthed in Sovereign #1 gives the impression of being vast. It feels like there is a good deal to explore, experience, and exploit. Sword-wielding masked monks, dead monsters at sea and hunting parties make for a great start to a fresh feeling fantasy epic waiting to grow with each coming issue.” —Bloody Disgusting

“Even from this inaugural chapter, Sovereign hints at a massive tapestry brimming with curiosities and complexities that could mean volumes to come.” —Sean Edgar, Paste Magazine

SOVEREIGN #1 has completely sold out at the distributor level, but may still be available in comic stores, and is currently available digitally on the Image Comics website (imagecomics.com) and the official Image Comics iOS app, as well as on Comixology on the web (comixology.com), iOS, Android, and Google Play.

Image Comics is pleased to announce that this first issue will be going back to print to meet customer demand. The second printing of SOVEREIGN #1 (Diamond Code FEB148200) will release on 4/23.

SOVEREIGN #2 releases 4/23 as well and will be available to order with Diamond Code FEB140630.