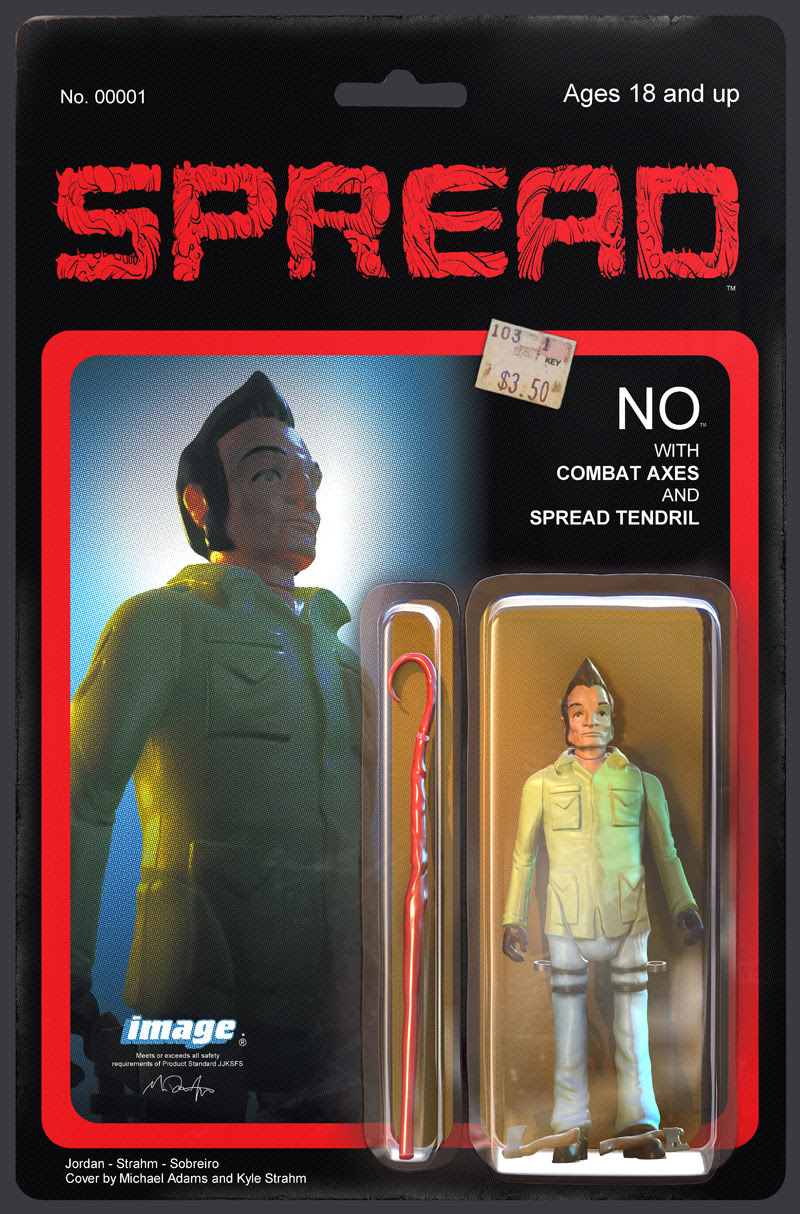 The first issue of Justin Jordan (DEAD BODY ROAD, the LUTHER STRODE series) and Kyle Strahm’s (HACK/SLASH, HAUNT) SPREAD, the eagerly anticipated new thriller charting the terrifying story of a viral red growth overtaking the planet, has infected readers across the world and has sold out immediately. Image Comics is fast-tracking a second printing of SPREAD #1 to meet customer demand and continued viral enthusiasm for the new series.

“Ever since Justin made his comics debut at Image with The Strange Talent of Luther Strode, we’ve been been looking for the right series for him to do here next, and I’m really pleased Spread wound up being the one,” said Eric Stephenson, Publisher at Image Comics. “Justin’s a wonderful writer with unique sensibilities, and between this and the return of Luther Strode this December, he’s doing some of his absolute best work here at Image.”

In SPREAD #1 readers learn that ten years previous, humanity dug too deep and unleashed something ancient that couldn’t be controlled. Something that couldn’t be stopped, twisting everything it touched into more of itself. The Spread. Mankind was nearly destroyed before finding a way to slow the Spread. Now, deep inside the quarantined zone, one man has found what might be the key to stopping it forever: a baby girl. And if he can save her, he might save the world.

“Spread is not for the faint of heart, but it’s a well-crafted thriller with tons of nightmare-inducing potential. It’s utterly creepy, but has strong thematic undertones that elevate it and give the series a clear direction.” —ComicVine

“Spread combines the best aspects of Justin Jordan’s most previous creator-owned works: the straightforward and taut storytelling skills on display in Dead Body Road and the ability to collaborate with a terrific artist to produce over-the-top and violent imagery, as he did on Luther Strode. Strahm’s choreography elevates Spread to something greater than pure gore. For all its blood and horror and desperation, Spread #1 is beautifully realized.” —Multiversity Comics

SPREAD #1 has completely sold out at the distributor level, but may still be available in comic stores. It is currently available digitally on the Image Comics website (imagecomics.com) and the official Image Comics iOS app, as well as on Comixology on the web (comixology.com), iOS, Android, and Google Play.

Image Comics is pleased to announce that this second issue will be going back to print to meet customer demand. The second printing of SPREAD #1 (Diamond Code MAY148297) will release on 8/6.