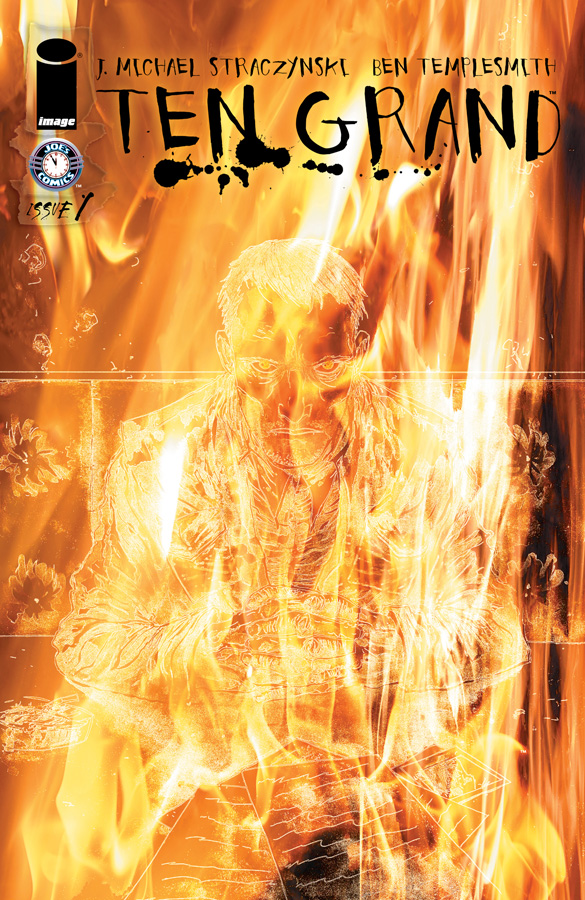 Image Comics has announced a first print sellout and second printing for the first title of the new Joe’s Comics, Ten Grand #1. 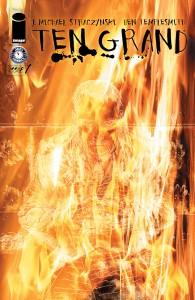 The flagship issue of the new Joe’s Comics line, TEN GRAND #1 byJ. Michael Straczynski and Ben Templesmith, sold out the same week as its release, Image Comics has announced that it will go back to press for a second printing that will be in stores on June 5.

A supernatural romance crossed with hardboiled crime, TEN GRAND tells the story of Joe Fitzgerald, a mob enforcer who has sworn to go straight — only to be left for dead during his final hit, an incident that leaves his fiancée dead. Joe gets a second chance when an angelic being revives him to be a hitman for mysterious, spiritual forces, with the reward being that he gets to spend five minutes with his beloved Laura every time he’s killed in his new “job.”

TEN GRAND ushered in the return of Joe’s Comics and was greeted with critical acclaim:

“Straczynski and Templesmith have proven to be a perfect match for a series like this one, and readers should expect great things from the upcoming installments.”
– Bloody Disgusting

“Two masters team up for a blaze through hell and back, giving a fresh new spin to a familiar concept.”
– Behind the Panels

“Ten Grand is a fantastic fusion of supernatural, crime noir/PI, and love stories that make for an excellent read. JMS has crafted a story that feels familiar yet goes off in a new direction. Templesmith’s art pulls off the story’s feeling of despair splendidly.  If you were left wanting more stories like Hellblazer, this is definitely one for you.”
– Comic Book Therapy

The June 5 second printing of TEN GRAND #1 can be pre-ordered now with the Diamond Comics code MAR138353.