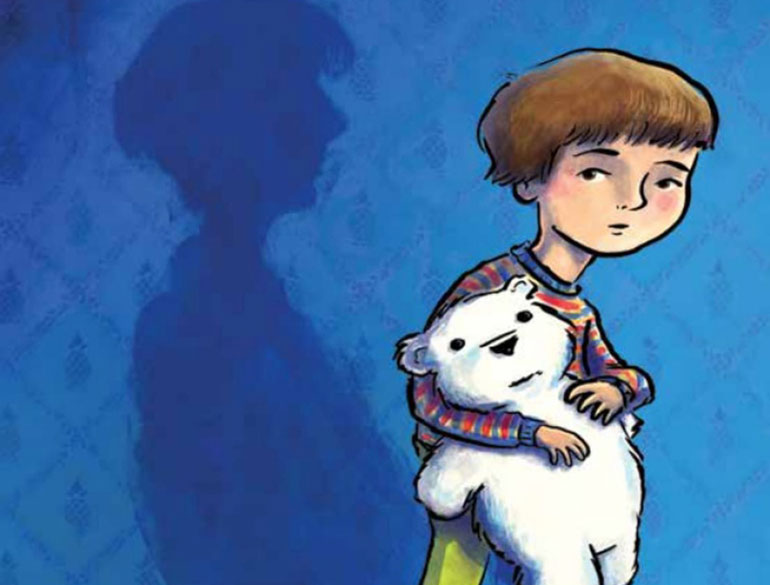 Family legacy and generational issues are major influences on who we are. Especially when things go awry, we end up carrying these things through each new lineage, very often without someone to guide the newer crop as they navigate these waters. And unfortunately, we become the ones with the skills to begin dismantling them, while simultaneously facing their impact.

Jarrett Krosoczka’s Hey Kiddo is a poingnant look into some of these dynamics and what it means to find a way past — and out of them. With the release of Shazam, which has Billy Batson at the center of the story as a child who is a ward of the state, I figured this month would be a good month to talk about these problems and how they manifest in general and potentially for diverse communities. 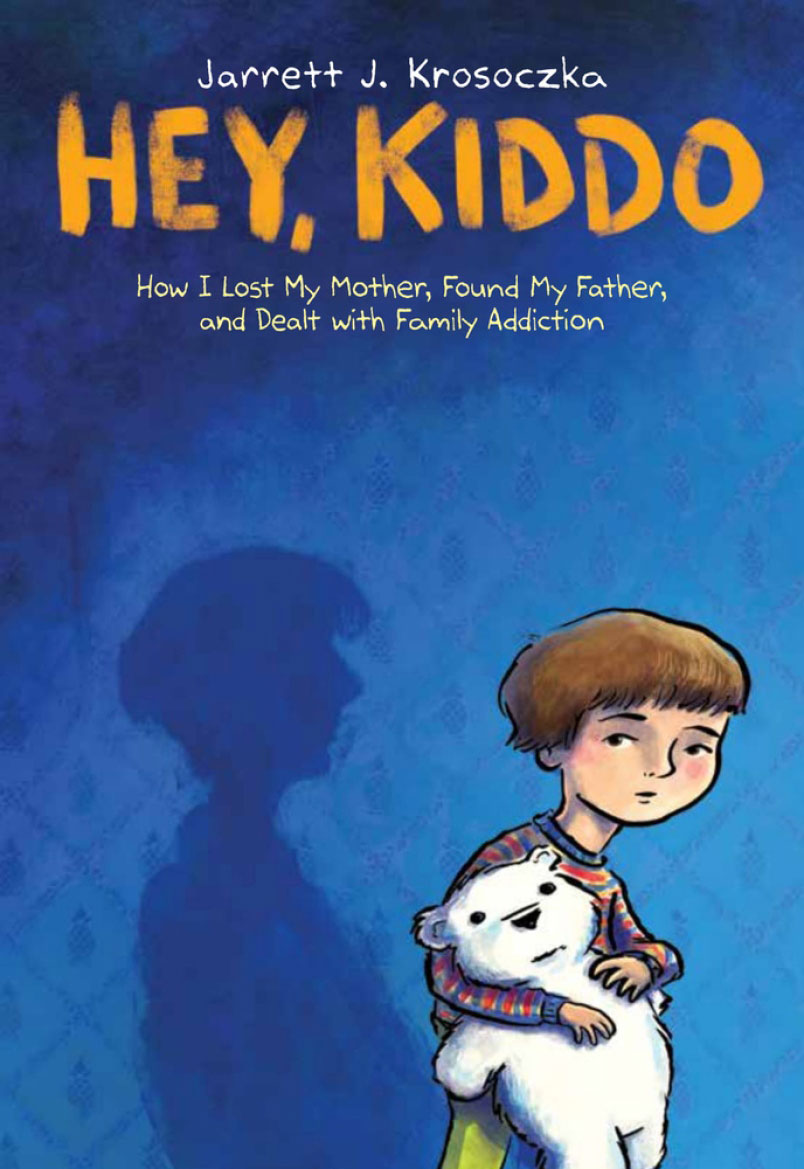 Hey, Kiddo details Krosoczka’s life from before he was born to his high school graduation, detailing some of his family’s history along the way. Through his journey, we see the difficulty of addiction and its effects on not just the person experiencing it, but also the people and generations around them. Krosoczka navigates everyday experiences in a way many people don’t have to: by avoiding discussions of his family, managing a range of challenging emotions, and finding meaning and purpose despite his circumstances.

As his grandparents raise him, we see the gift in their bringing him into a more stable home than the one with his mother. They were taking him out of a house where, at three years-old, he routinely made himself breakfast and was surprised when his grandparents cooked for him as he woke up, among other issues that stemmed from his mother’s substance use. Yet, he was also placed into a home that his mother left in the first place, partially due to his grandmother’s level of drinking. Through this story, we find that solace is not always completely so; sometimes, it’s going somewhere that has different kinds of problems that maybe are manageable in a different sense. 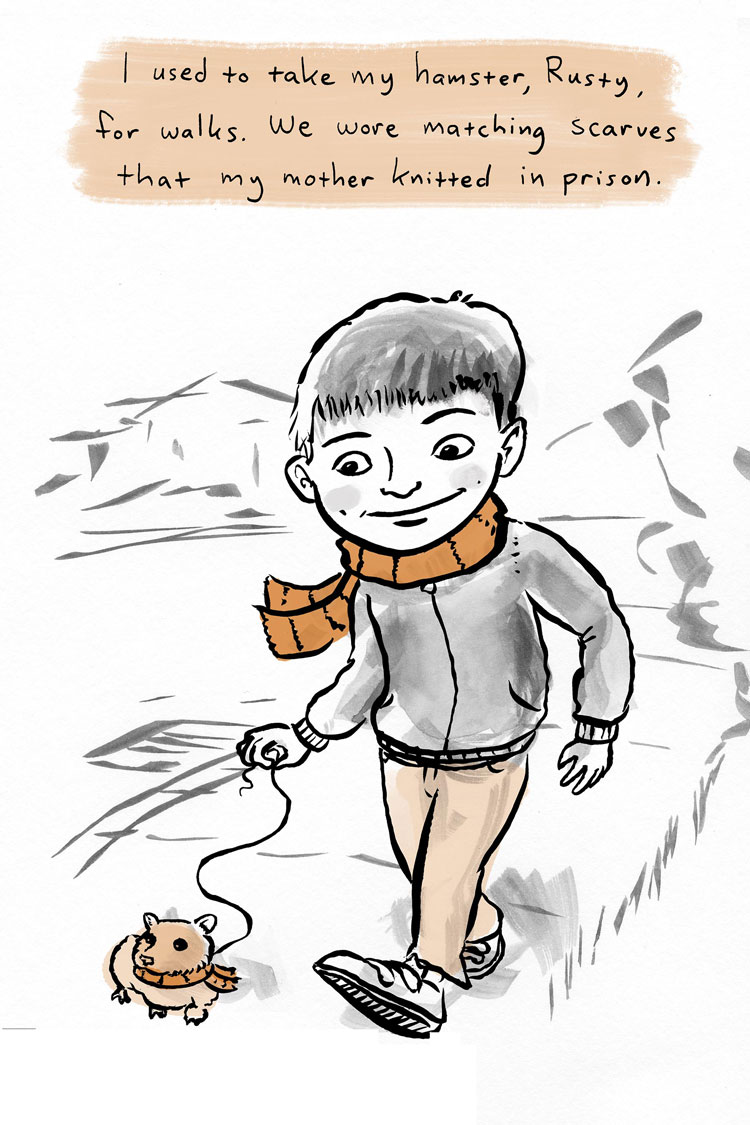 Krosoczka’s work highlights many of the nuances around generational problems, substance use and recovery, and their impact on children. His own life, presented through the comic, does not go neatly for many of his early years. The afterword paints a picture of a life he eventually claimed for himself, with art being a significant aspect of this development, even though much of the pain that happened to him was no fault of his. He was a child affected by others’ choices, as children often are, with little power to alter his situation, but also a child who was able to cling to something and create a lifeline, one which others luckily saw and helped him pursue.

Some of these concerns are exactly why its nearly or completely necessary for family therapy to be a part of a child’s treatment. Adults commonly discuss family problems that span generations as they seek therapy, but they also have a different level of agency, power, and responsibility. They are able to separate themselves, and many times are able to set boundaries with a different and potentially lessened chance of adverse impact on resources. Yet, this is a lot to put on someone who is in the process of healing themselves, and if adults are not fully equipped, then those unlike them may not be either.

Children do not have this same capability to create systemic change. Thus, as a child heals in therapy, no matter the modality, while the family has not, problems persist or could potentially be exacerbated for a child. So, a child may have to manage not just the pathology in their family system, but the awareness that there is pathology at all, where before it may have been normalized and “invisible,” and the fact that they may have tools to help themselves to some degree but not the entirety of the system. So we arrive at the question: what can a child do within an environment where they have significantly less agency than others? 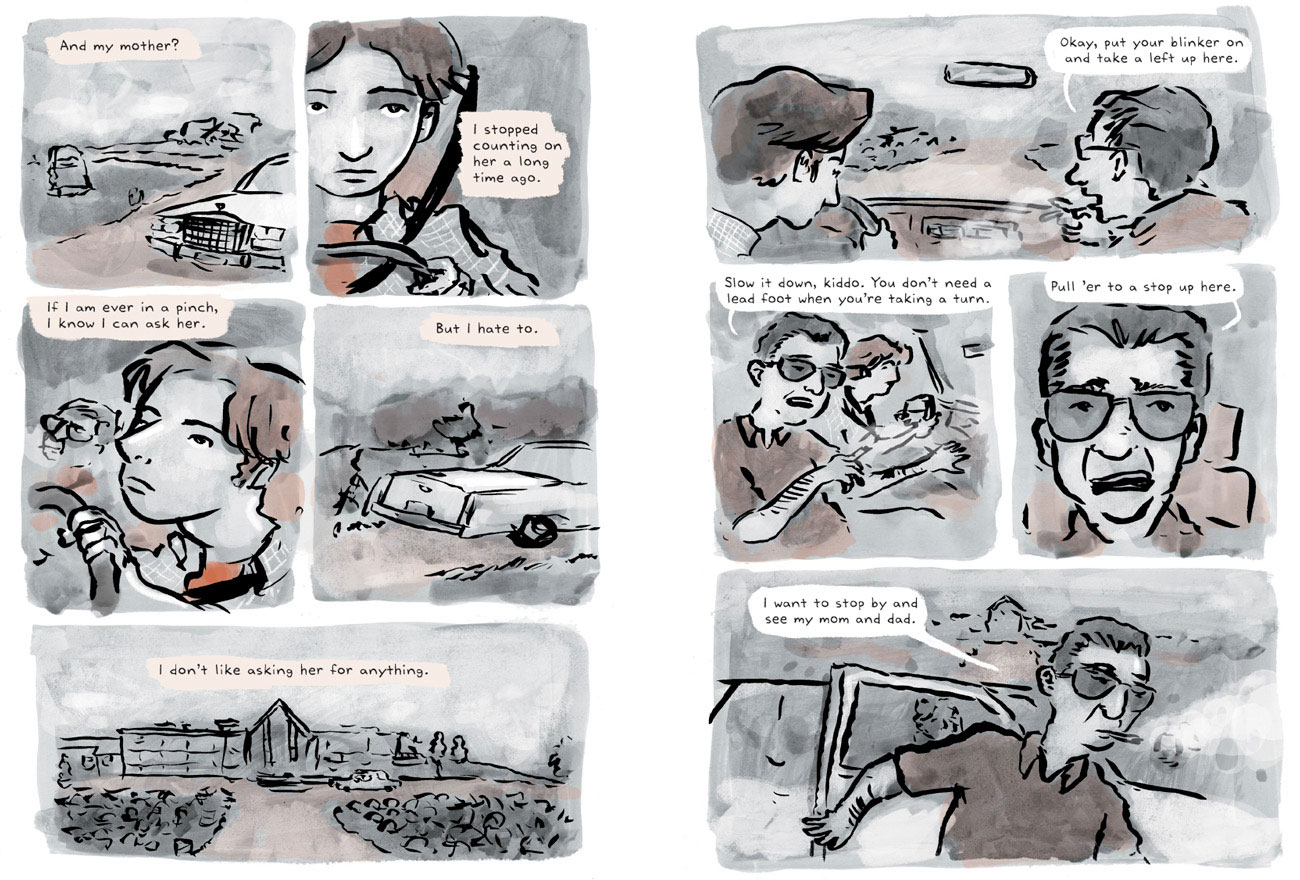 Well, sometimes maybe children just need something to cling to. Krosoczka’s way out was art, a form of expression he had control over. He mentions being able to develop his own worlds and what happens in them, giving him a sense of power it was hard for him to find elsewhere. When other children have these opportunities, they are able to better manage their experiences. Especially for individuals who are rapidly growing physiologically and emotionally, even what we as adults consider “small” events can have a significant and unpredictable impact, but so can helpful activities.

Helping children foster a connection to something tends to bode much better for them, however we must also remember the aforementioned challenge of how they exist in many systems. Still, when kids have something to hold on to, something through which they can more fully and authentically express who they are, they create different odds for themselves than the cynical determinism we can often find in unhealthy family and generational patterns.

Taking a look at Shazam, we find parallels to what Krosoczka writes about in his comic. Billy searches for his mother, but also has to manage what is revealed to be the consequences of her choice. When he finds her, he starts to comprehend that he may not be able to have the relationship with her that he has longed for. Most of his childhood is spent searching for her, his memories clouded by a justified childhood nostalgia, and in the process he finds it incredibly difficult to connect with anyone else, even when he’s presented with safe and affirming homes. 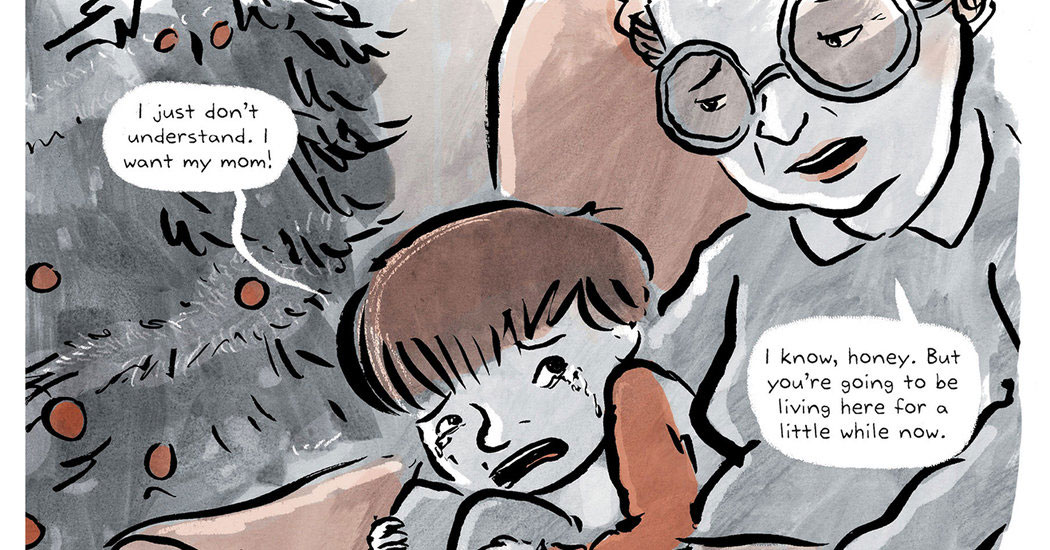 Still, also like Krosockza, Billy comes across people who see a light in him and who help him bring out parts of himself he may not have fully known. His new foster family does more than bring him in; they work to actively love him, despite what are now mistakes he is making of his full volition. Though this journey is not easy, and Billy has to face other parts of himself that he realizes cannot exist with his desire for a family, he manages to begin the work to put his past in its proper place and open himself to new people and experiences.

Like always, though, we can’t just leave these stories where they are, in a vacuum separated from realities and lived contexts for other people. Krosockza’s family may not have been wealthy, but they had resources that many other families affected by addiction do not. His grandfather owned a factory and was able to send him to a private school, besides being able to buy an apartment for Jarrett’s mother as she she was a teenager. This does not mean that they did not struggle, nor that there were no other issues, but it does connect to reality that financial safety nets are a sign of class privilege.

A look at Billy’s new home shows some rather startling revelations about adoption and which kids that system is likely to care for. Billy, Mary, and Freddy are all white. Darla, Eugene, and Pedro all fit common racial perceptions of how children are supposed to act within a white supremacist framework (Darla is energetic but cute, Eugene is into technology, Pedro is silent). Freddy’s disability would affect his chances at adoption, but including another axis of marginalization would disproportionately reduce them, still giving him better odds than other children with a similar physiology. The children do not appear to be anything but cisgender and heterosexual, factors further modifying the nuances of their likelihood of being adopted. 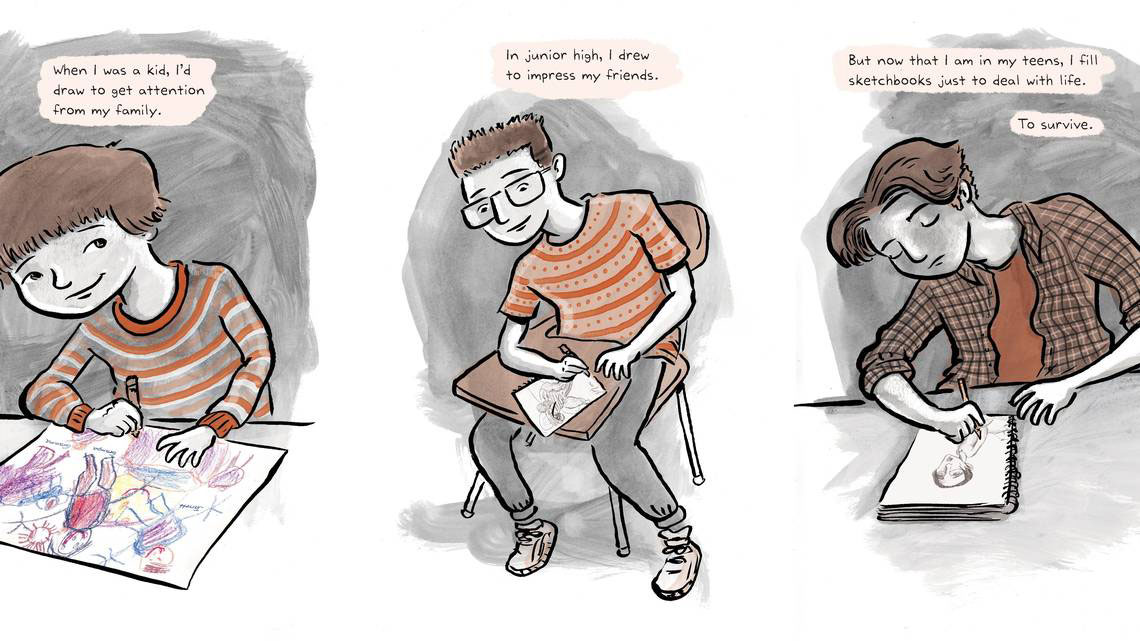 These elements of Hey, Kiddo and Shazam could easily lead us to other important discussions, yet here I use them to highlight not just the impact of generational family problems and finding ways to move beyond them, but the reality of who gets those chances. Were Krosockza a young Black boy, would he have been told “You’re good, but don’t draw in my class anymore?” If Billy were a young Black girl with the same behaviors, would he have been given chance after chance? I can personally speak the most to those experiences, though I imagine many other children of color, particularly Native and Indigenous children, would not have the same luck as Billy or Jarrett.

Generational trauma is not just a function of the what, but the where and the how. For marginalized groups who are treated differently in the educational and justice system, there may not be these same avenues for advancement. In fact, considering how Black kids in particular are more likely to be punished, more severely at that, than other children, a young Black artist may find themselves in detention rather than briefly spoken to in a hallway, potentially creating a barrier to them developing that talent. As children are navigating the problems that surround us and the systems we come from, are people looking for the same talents in all kids, or is one kid’s talent another kid’s trouble-making?

So, what do kids need in this process of navigating challenges?

Well, they need a Ms. Alisch, they need a Rosa and Victor to look out for them and give them the appropriate chances. Recognizing the barriers that marginalization places in front of children as they are increasingly able to see the problems in their families of origin, or even their families of choice, does not mean that they can’t escape these circumstances. However, this recognition does mean that we need better things, systems, and people in place to reach out for them. 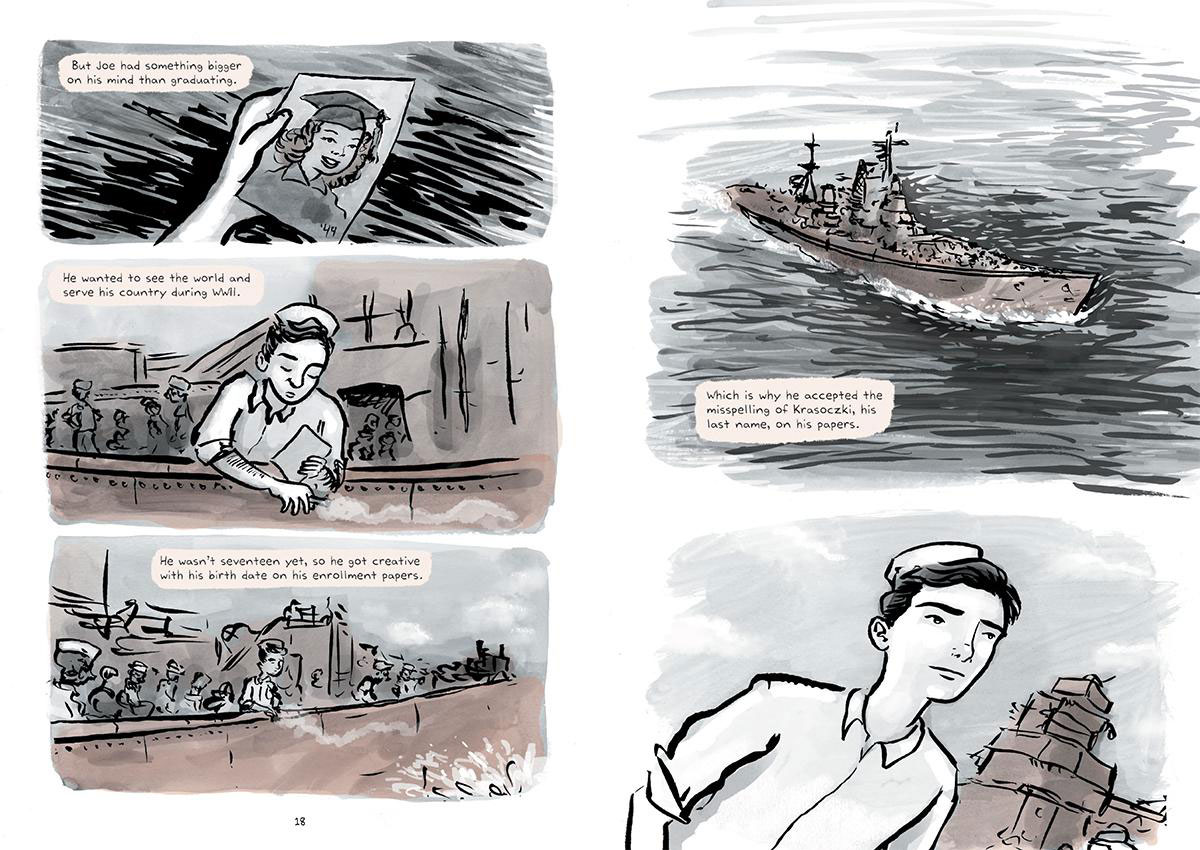 Working from a privileged axis, it takes a lot of work to be equipped to adequately help people in the way that they need. Economic reform isn’t going to be effective unless it accounts for the nuances of inequity based on gender, race, sexual orientation, or disability, and we can’t expect a colorblind, one-size-fits-all solution to help children either.

So, children need resources and outlets. They need people around them who recognize the difficulties of their experiences and can understand how to lend a hand and what other hurdles may exist in the process. Even with all the right resources, unpacking a troubling family history isn’t easy, and it definitely will be challenging when there’s a larger system outside of your family that is basically designed to keep you in a place of adversity and need.

Hey, Kiddo and Shazam outline just a couple of the many consequences of generational problems and trauma, and they also point to how children can heal. Whether through art or being in an environment where you can learn to effectively trust others with reciprocity, there can often be a way out of the circumstances that are essentially handed to you.

But, we also can’t pretend that this is, was, or will be everyone’s experience, considering that it’s not just the home where the demons lie, but also in a society that, for many based on who they are and how they feel, is designed to hurt them. Not every child is given the same chances or seen the same way as the protagonists of the aforementioned stories, but that doesn’t mean they deserve it any less.