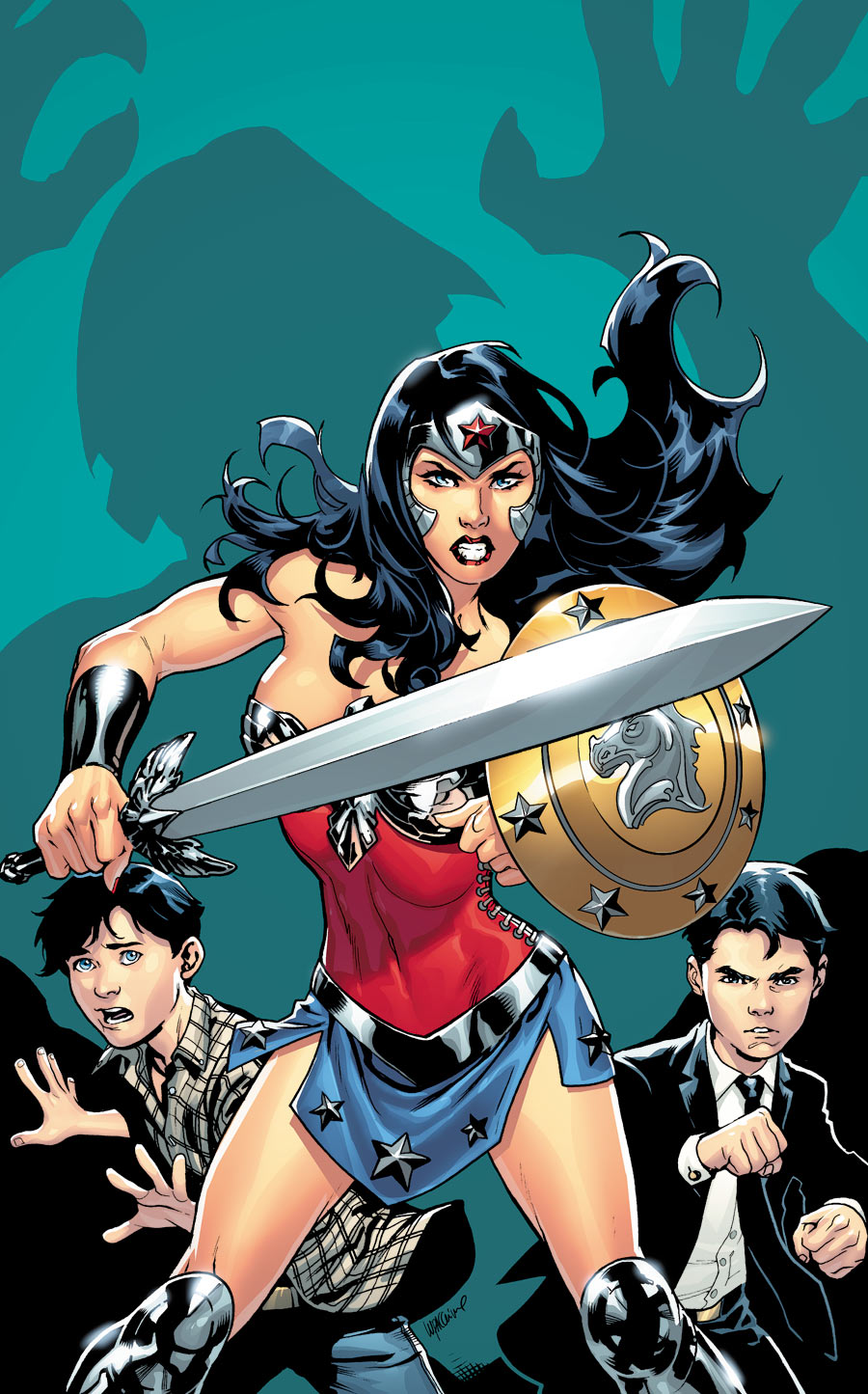 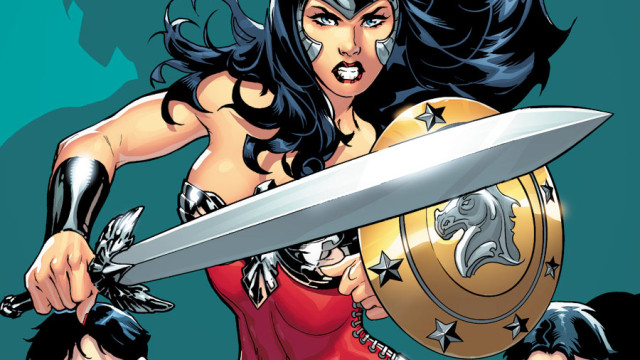 With the end of Worlds’ Finest #26, Power Girl and the Huntress find themselves back on Earth 2 — but not before leaving a legacy behind in the form of Tanya Spears, the girl who would be Power Girl! Writer Paul Levitz is moving on to telling stories set in the past for the series, but not before answering a few of our burning questions about what’s coming up — in rapid fire style!

Matt Santori: Paul, thanks so much for taking time out to chat about Worlds’ Finest! How does it feel to bring the women home after two years and was the journey what you expected?

Paul Levitz: It’s bittersweet to have them returning ‘home’ since it wraps up my opportunity to work with these two characters who have been part of my life off and on almost since I began writing, but I wish them well in their next journey. 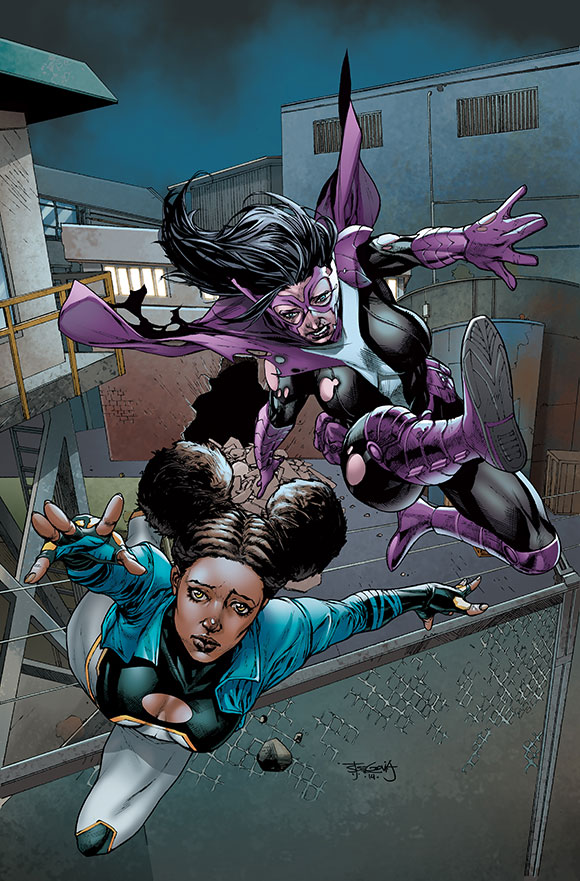 In terms of expectation, most of what’s happening on Earth 2 has been developed since the two series were launched, so it’s as unexpected to me as it is to the reader (well, I had a few more months warning).

MSG: One significant remnant of their trip home is Dr. Tanya Spears, who seems primed to be the next Power Girl. What kind of role can we expect she’ll play in next month’s Futures End special?

PL: The new PG is not something I came up with from whole cloth.  That said, she’s a nod to some wonderfully wise and interesting friends, and I hope she’ll grow into a fun character.  She’ll have a moment of action next month, and we’ll see if she survives to fulfill her promise.

MSG: Moving into October, your focus shifts to Earth 2’s original Worlds’ Finest team. What type of differences right away are you noticing in this Batman and Superman from the classic versions we’ve seen over the years?

PL: The practical big difference is there’s so much unestablished and untold, which created the opportunity to tell a “secret history” — or at least a few tales highlighting the differences in their stories.  On this Earth 2, for example, Wonder Woman can already show up in North America when Bruce and Clark are just children.

MSG: The first chapter of your next storyline goes all the way back to before Superman was born. How does Krypton in this part of the Multiverse differ from the ones we’ve seen before?

PL: For one thing, this Jor-El makes one very big mistake. 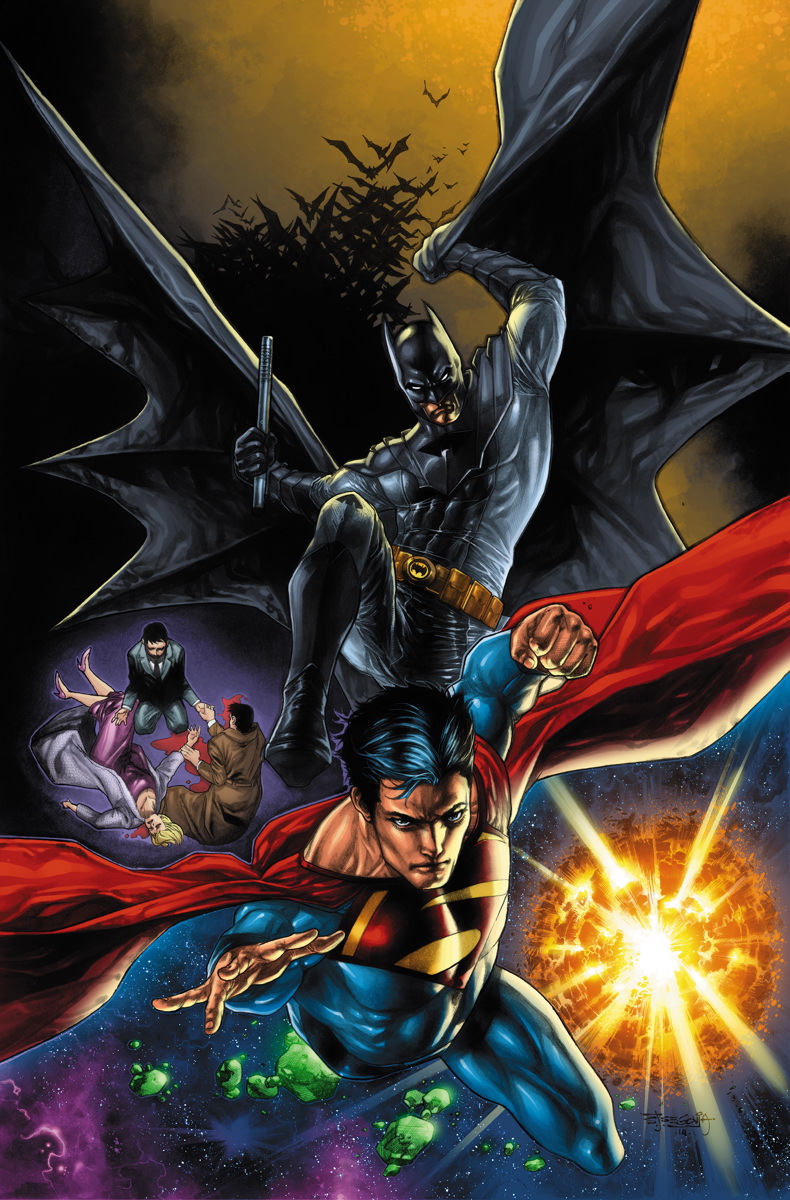 MSG: We’ve seen bits and pieces of the Superman origin story on Earth 2 already, as told through Val-Zod’s narration, but not through Kal’s own voice or memory. Now that a new Superman has arisen on Earth 2 and from another Kryptonian house, what role does Kal’s legacy have to play?

PL: I think in any DC universe the story of Kal-El has to cast a big shadow.

MSG: Wonder Woman has been established as the founding hero for the planet, and someone who has been alive for much longer than either Superman or Batman. How much of your focus in the coming months will include Diana and her history on Earth 2?

PL: Diana gets a primary role in the second issue, and she’ll be back, but the six issue arc is fundamentally paced around Superman and Batman.

MSG: Any final teases on what fans can expect to see in upcoming issues of Worlds’ Finest?

PL: How a set of good and bad choices led Earth 2 to where it is now…in deep trouble.