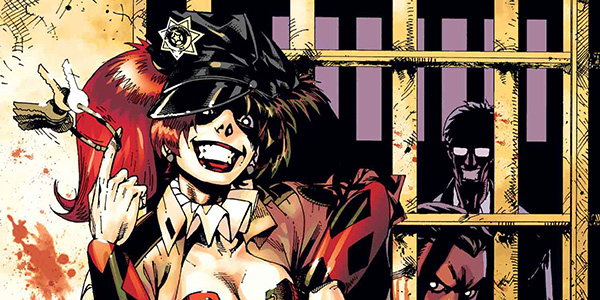 You can’t have the good guys in comics without the bad, and no group is as bad as the Suicide Squad! With new writer Ales Kot (Change) coming aboard to chronicle the missions of our government’s dirtiest little secret, the Squad is set to explode this summer with brand new members and plenty of death. Ales was kind enough to speak with us about what he has planned for DC Comics’ favorite villains come May with his first issue, #20. 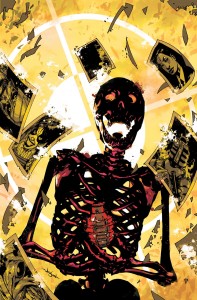 Matt Santori: Congratulations on the new series, Ales, and on joining the ever-swelling ranks of new writers to DC’s New 52! Can you talk a little bit about how DC approached you for this series, or vice versa, and what makes Suicide Squad a book you wanted to jump into?

Ales Kot: Thank you! It was all rather simple. My editor Wil Moss read my debut, Wild Children, and he enjoyed it enough to hit me up and ask if I would be interested in writing Suicide Squad. I told him I loved the series and wanted to see if I come up with something special enough for it. I sat down and my head exploded all over the laptop. I picked up the pieces, glued them back together and began writing.

I contemplated what it would mean, writing Suicide Squad — both in regards to its fascinating history and to where we are now. I immediately knew, on a purely instinctual as well as on an intellectual level, that the right way to approach this would be do take all the things that worked about the original run by John Ostrander and Luke McDonnell and integrate them as the building blocks of what I wanted to achieve. The things that worked and still work about that run are: ethically complex characters and situations, cultural relevance, crazy scenarios, firm grounding in the DC Universe and the unexpected breaking into the narrative when you…err…expect it the least? Plus, of course, the wonderful density of it and probably ten other things I am not mentioning right now. These were some of the first building blocks.

So I sat down, started writing and a flood came. A flood of questions, a flood of ideas. What is next for Harley Quinn? Who would Amanda Waller want to hire next? How does the current ethical landscape of the United States reflect what is happening in the comic? I suspect I have about forty pages of material now. I enjoyed what I came up with, sent it over to Wil, we discussed everything, Wil gave me some amazing suggestions that we integrated or played with and mutated…and then the pitch got sent in for the final approval. I knew I wanted to do this only if I could do the Squad my way and tell the stories I truly wanted to tell, and that is what happened.

MSG: It seems you hit the nail on the head. Suicide Squad has a well-loved history behind it as a title, most prominently in John Ostrander’s run in the 1980s. Were you a fan of the series back then and what do you think the title’s general appeal is for readers?

AK: I read a lot about the series in the past five or so years and I saw an issue here and there, but I never read the entire original run. However, I read enough to have a very good idea of what the core concept was, what worked, all that stuff. Once Wil hit me up, I went back and worked my way through as many Suicide Squad comics as I could. I love the Ostrander issues, which is probably clear by now because I can hardly shut up about it.

The general appeal of Suicide Squad is “things blow up in exciting and unexpected ways that get your heart racing and your brain going”. The simplicity of it is beautiful. Black ops with twisted characters, relevant stories and a healthy dose of the absurd. 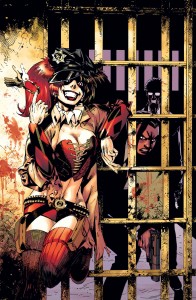 MSG: Harley Quinn, more than any other villain, has taken center stage in this title so far. Will she continue to be a large focus in your run and what is your take on the woman born out of love for the Joker?

AK: Harley is much more than a woman born out of love for the Joker. She is a complex human being whose history reaches far beyond her involvement with the Clown Prince of Crime. He certainly was a fire for her, a transformation, a love and much more — but letting other people define who you are won’t make your life pleasant. Harley is an extraordinarily intelligent, empathetic and crazy woman. I love the character very much.

Does that mean she will be around? Well, the Squad has a history of characters dying and…I won’t tell.

MSG: Amanda Waller has long been a big mover-and-shaker in the greater DC Universe, and is appearing in a lot of other places recently across the publishing line. How do you think she operates differently with the Squad than elsewhere and why do you think this project in particular is so important to her?

AK: The Squad is what made Waller. This is her pet project — the one she started, the one she fought for. While it can be a mess, it’s also an incredibly efficient mess sometimes, and Waller has the numbers to prove it. Does it mean it’s ethically sound to run a death squad? Does it mean she won’t have to struggle with her decisions? We will be exploring these questions. Waller is driven, sometimes perhaps to a fault.

Suicide Squad is a covert operation. Waller’s modus operandi has to reflect that. She needs to make sure it runs as smoothly as possible, which can be incredibly hard given the volatile personalities on the team. She needs to make sure no one finds out about the operations — and that reflects another big theme of the run: secrecy, which again neatly connects with what we are currently living through on a day-to-day basis. Is it ever right to lie for some sort of a possible greater good?

Another thing about Waller is, she is a self-made woman born in poverty who made it to the top simply because she was better at her job than anyone else. Gender inequality is a big problem almost all over the world — so having an empowered woman like that as a part of the core cast is exciting.

MSG: In the past, the Squad has been a mix of heroic figures trying to atone for something bad, and out-and-out hardcore villains simply trying to secure their freedom. Do you plan to maintain that balance and if so, what kinds of story opportunities do you think that opens up for you as a writer?

AK: I intend to play with that balance. There will be a fair share of both and there will be many shades. We get a lot of that in #20, my first issue, alone — some characters show much more complex motives than ever before, others show growth, someone dies, someone pushes things too far.

The opportunities Suicide Squad offers in regards to the characters feel fairly unlimited. I am interested in writing characters that have layers. Good examples of doing this right are creators like David Milch, Matthew Weiner or Vince Gilligan — a complex character is not good or bad. It is a person making decisions that in turn form their future selves while simultaneously coming from their past. Good or bad are just two names for something much more intricate and exciting.

MSG: Issue #20 is also Patrick Zircher’s first issue as interior artist. How has the collaboration with Patrick been going and what do you feel he brings to the book that is unique?

AK: Patrick has a long-term experience in creating mainstream superhero comics. I read and studied them since I was little, but this is my first monthly gig, so having him on board is great in that aspect alone. When he came on board we spent about 70 minutes talking on Skype discussing our storytelling approaches, page density, scripting format…pretty much the entire plan. Patrick knows how to tell a story with total clarity and we give each other a fair amount of freedom, which is a good place to begin from. We communicate, we make sure each other understands what we’re going for and we enjoy the collaboration — I know that because we’re in near-daily contact now. On top of that, there’s a commitment to density and rawness shining through the pages Patrick sends in which is wonderful and exactly what our run needs.

This is how Patrick and I feel about working together: 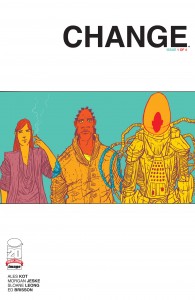 AK: Sure! A trade paperback of Change, a speculative fiction melancholic action story set in future Los Angeles, can be pre-ordered here, on Comixology or via your favorite comic book store. I am very happy with how that one turned out — it was a wonderful creative experience that radically changed me as a creator and as a human being. I am also working on Zero, my first ongoing series from Image Comics, with #1 coming in September. It’s a future black ops thriller with every issue illustrated by a different artist. The key character stays the same and there’s a larger story that coalesces as we move further. And the art team is amazing! Mateus Santolouco, Michael Gaydos, Michael Walsh, Tonci Zonjic and plenty other artists. The fabulous Jordie Bellaire is coloring everything. Also The Surface, a SF mini-series with Langdon Foss on art, also at Image. Then there are some secret comics, video game and film projects.

It’s all about the Squad.