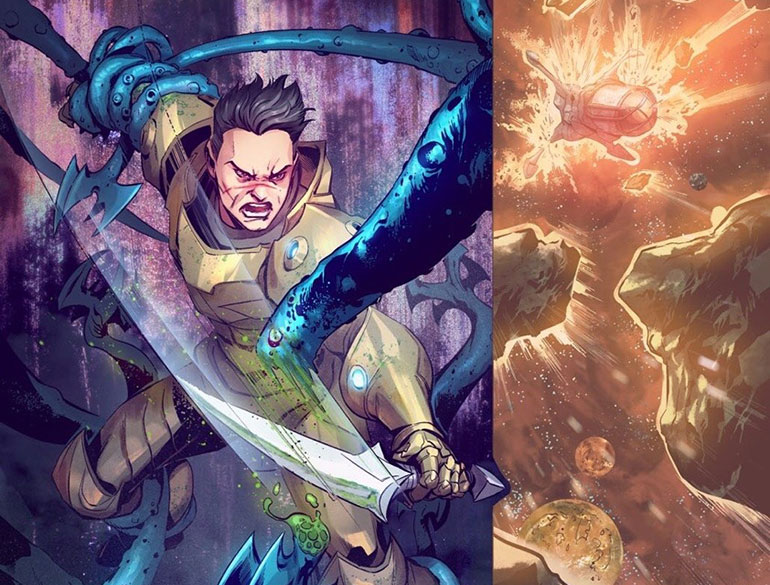 Allen Thomas: What is it like to work within the world of Catalyst Prime and for Lion Forge? Is there anything you’re excited to bring to the overarching world?

Alex de Campi: It was certainly an interesting experience to work with the company from its near-beginnings through nine issues of Astonisher! I think what I’m most excited about is the amount of surrealism and weirdness we were able to bring to our run on Astonisher, while also having the book be very real and grounded in some tough emotional stuff. 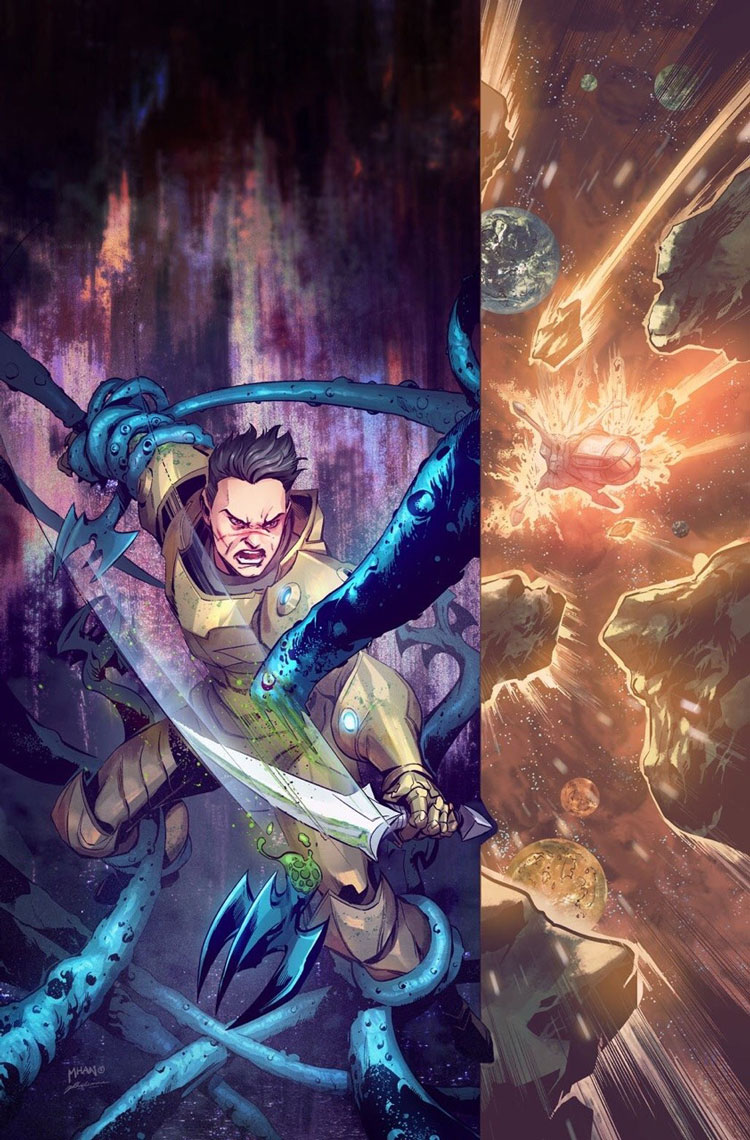 AT: There are quite a few indicators that you are dedicated to being more inclusive with Astonisher’s characters. How are you going to maintain diversity through race, sexual orientation, gender, disability, and other facets of being?

ADC: This is a complicated question, and my answer is 75% simple and 25% nuance.

The simple: I just want comic books where the characters look like my friends, you know? Milan Kundera said that his characters are he and his friends’ unrealised possibilities, and to me that’s one of the truest things ever said about storytelling.

The nuance: I’m not doing it for pats on the back or to be called a good ally (because our culture is so fucked we had to think up a special word to reward white people who act with a modicum of human decency). I think there’s also too much focus right now on making Strong Laudable Characters.

I have this conversation all the time with my friend Katie. Katie and I grew up watching all the wrong films: grindhouse stuff, Peckinpah, you name it. And the result is that we don’t look at our writing or our public profiles as performative feminism or liberalism. We just do our thing, and because we’re women who are doing it, it’s feminist.

Just write people, doing their people things, being dumb or angry or afraid, and obviously our chacacters are all informed by our sexuality, our gender, our heritage, our skin colour but like 95% of the time that’s the subtext of our existence, not the text.

All this is stuff I think way too much about, and also not at all, if that makes any sense. I like people. Writing people is fun. I’ll probably fuck it up every so often but I’m hoping folks generally stick with me. 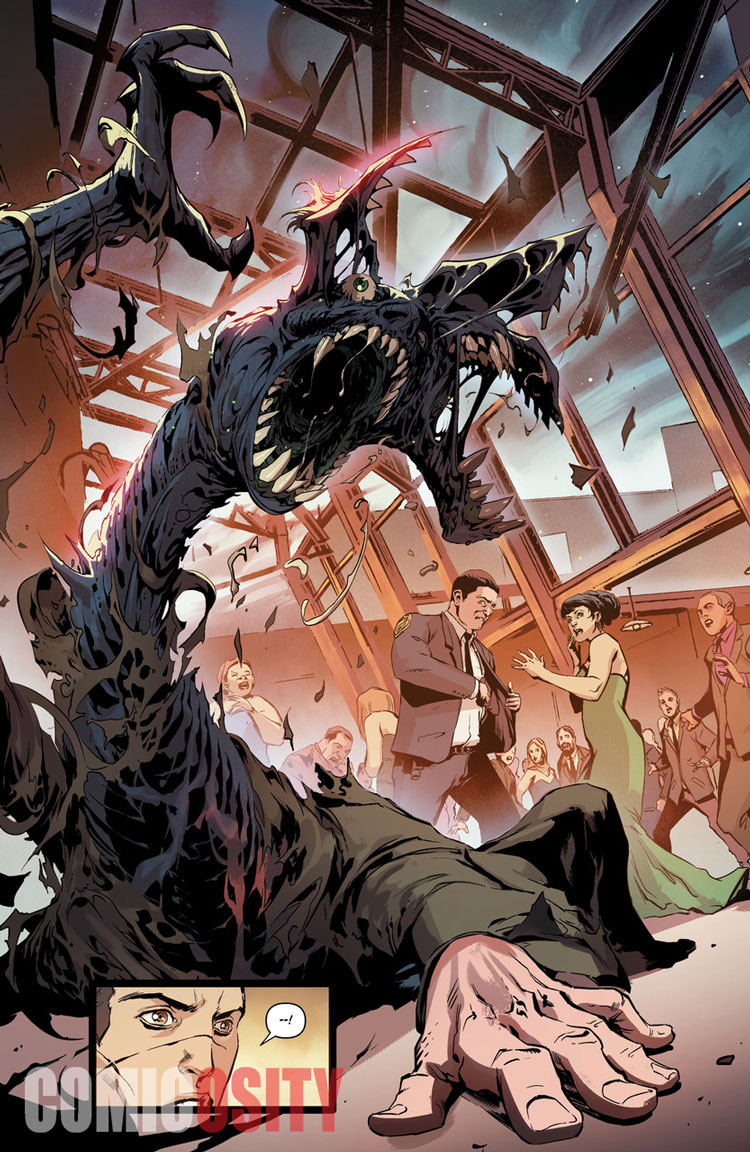 AT: Alex, is there a specific person or character that you channel when writing Magnus? What do you want him to represent though your work?

ADC: In terms of what I want him to represent? Well, originally he was supposed to be a vigilante rich boy, like Iron Man or Batman, but I wanted to give him a family – it’s convenient to write being orphaned as a motivation. He has this really difficult, nuanced relationship with his brother and his mother and his mostly absent American playboy / wastrel dad (who I never got to bring in before my run ended, alas).

Family messes you up. Way more than the absence of family. 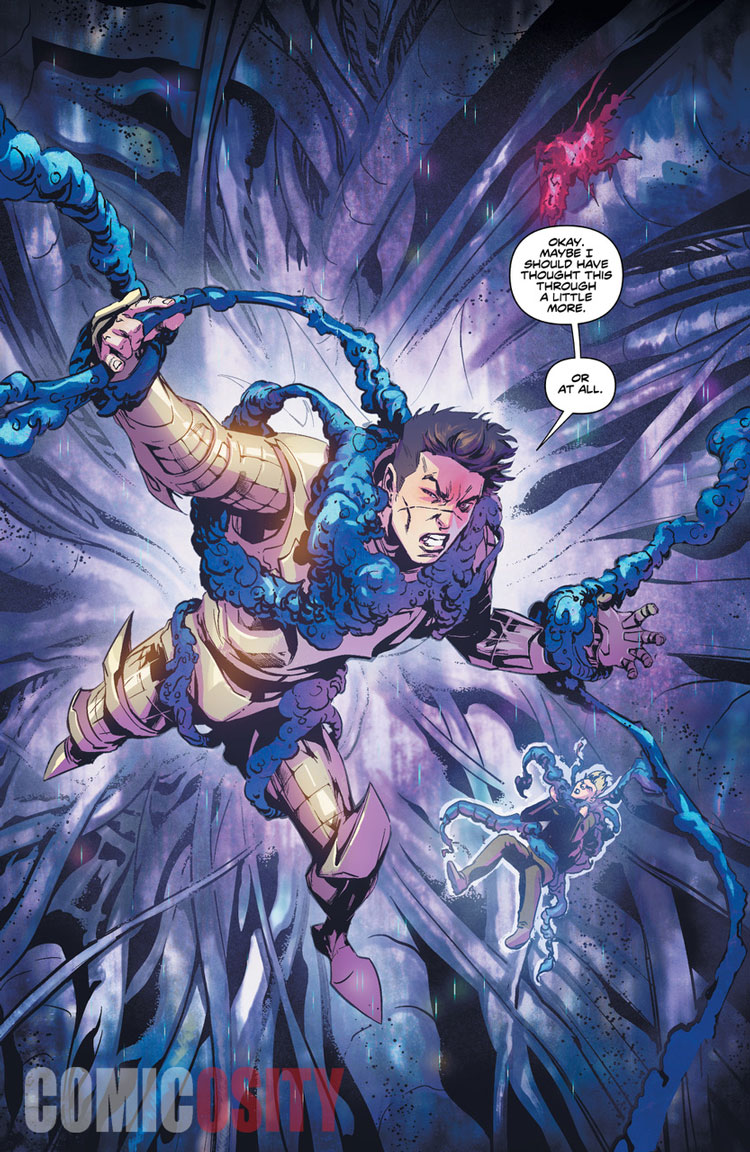 AT: What are Magnus’ core motivations and how do they drive the story?

ADC: Magnus’ motivations change a lot over my nine issues, but they start out very selfish. He wants attention and validation, basically. He’s petty AF, annoyed that everyone else who ran into the Icarus asteroid got powers and all he got was a TBI and PTSD.

And his big splashy plan to make fast spaceships as toys for his rich friends fell through in the most epic, embarrassing way. So he’s looking for his second act, but he’s not really thought through that maybe the biggest problem wasn’t with the technology. 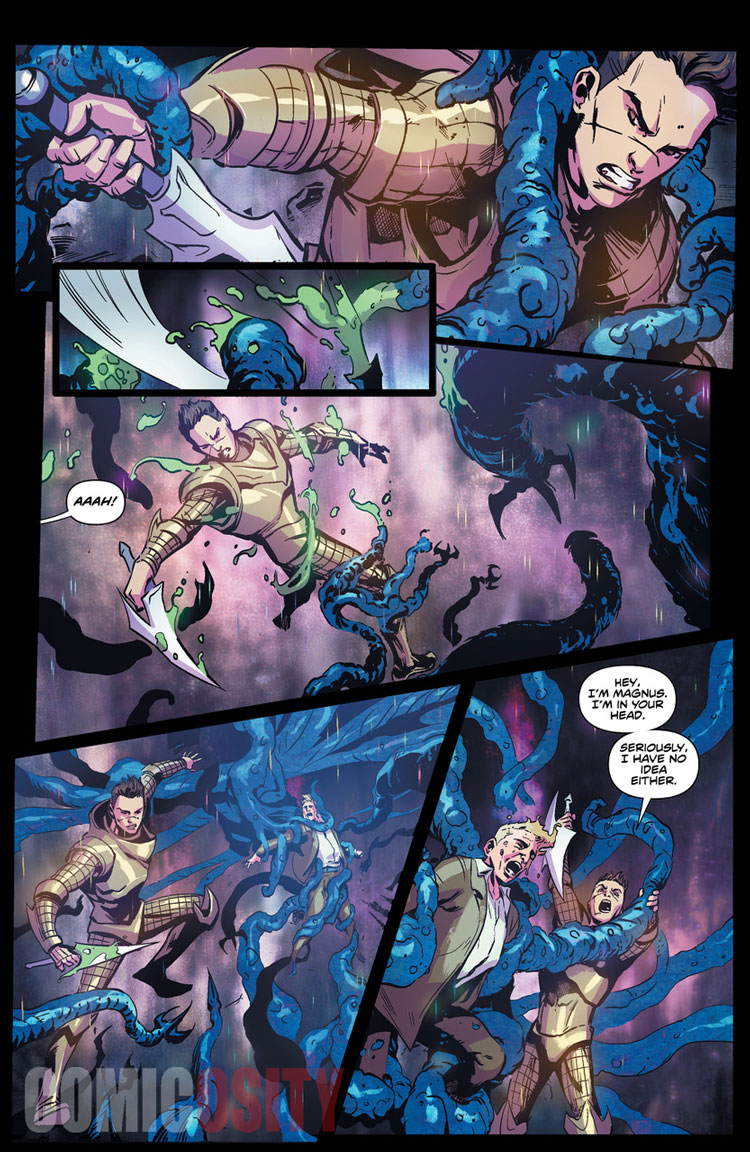 AT: Magnus explicitly mentions having PTSD and you provide two contexts for how it developed. What do you hope to do with Magnus’ experience of PTSD and is there a specific story you want to tell through him?

ADC: Comics is weird about many things, and trauma is one of them. If you undergo significant trauma, you don’t become a bat, my dude. I’m sorry to tell you. But you do generally just shove it all down and keep moving.

And I think this is what I wanted to show with Magnus: he’s struggling, but he’s moving forwards. Sure, sometimes he has moments where he can’t. But he’s trying.

I wanted to show how a lot of us react to mental health issues in Magnus’ story. His family is tremendously unsupportive both of his PTSD and of his sister-in-law’s depression. He comes from one of those families where you don’t talk about it, and you don’t get therapy, and why can’t you just pull yourself together, maybe do some exercise?

And he’s old enough now that he’s a bit sassy about it to them, but the scars are still there, the learned behaviours from a family without a lot of empathy for non-neurotypical behaviour, they’re still there. And don’t get me wrong – his family loves him. But not in the way he needs them to. 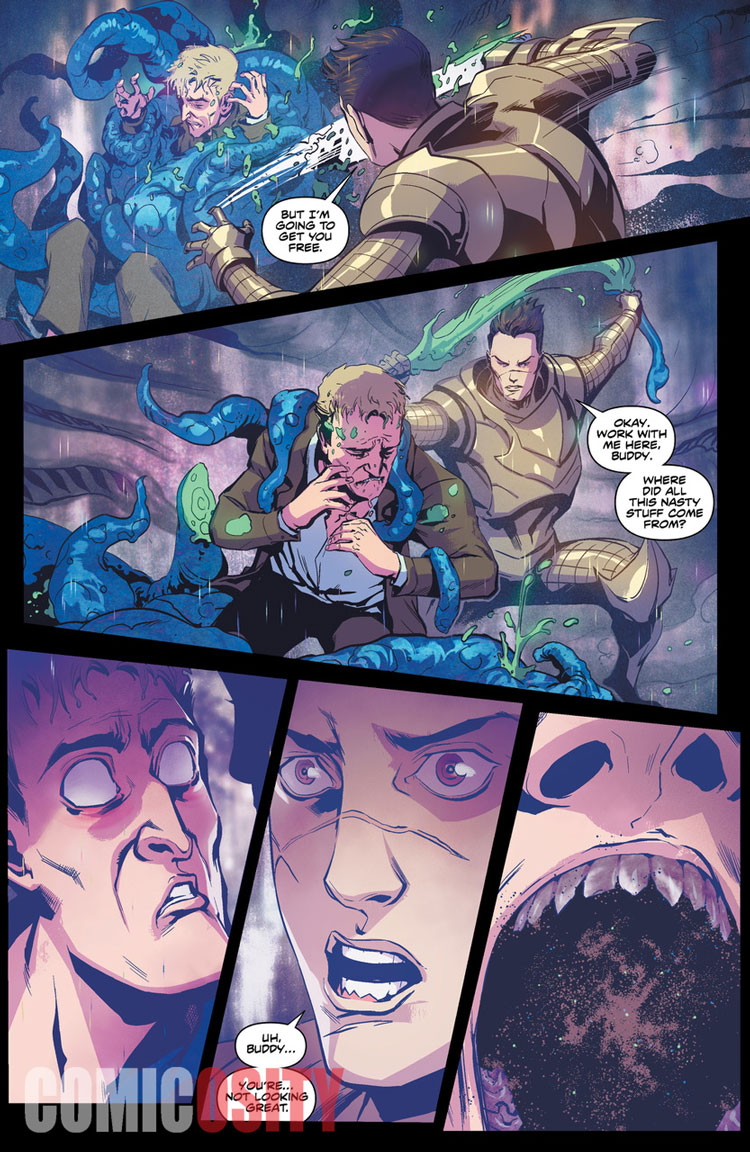 AT: Sasha and Adila are two characters who I personally hope to see more of. What are your plans for them and how do they fit within Astonisher’s narrative?

You would be wrong to do this.

As the one person in the book who knows what down and out is, she’s way more forgiving of Magnus’ downward plunge than many of his so-called friends are… until he pushes it too far.

And Adila – she’s Indonesian, and she’s been there as Boonsri/Olivia’s faithful assistant since Bangkok days. She’s the quiet one who just eyerolls to herself at Olivia’s behaviour, but she has a soft spot for Magnus and she’s very, very observant.