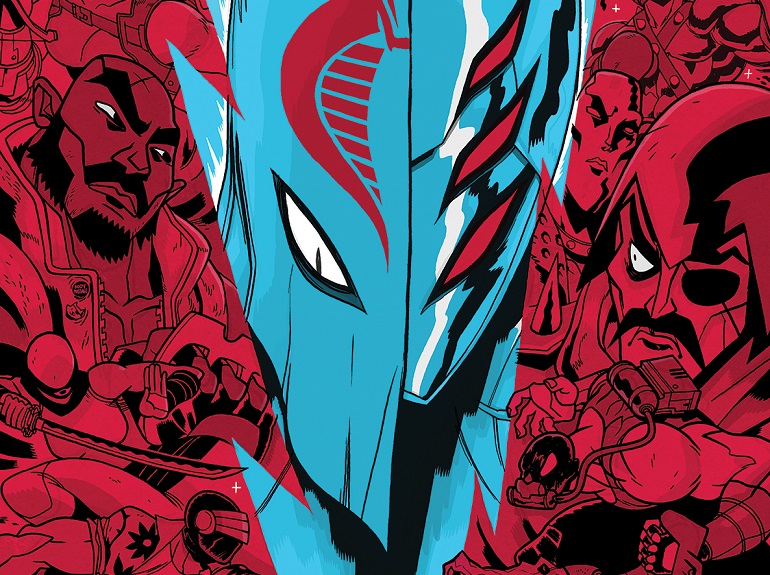 Imagine a world where Cobra has won. G.I. Joe is defeated and Cobra Commander is running the world. Conveniently, you can read about this world…tomorrow! Writer Paul Allor and artist Corey Lewis tell the “What If” tale of Cobra Commander running the world with G.I. Joe: Deviations, and they gave Comicosity the scoop on what readers can expect from a world ruled by Cobra.

Aaron Long: With Deviations, you’re writing about a world where Cobra has won. What were the first thoughts you had when posed with the concept of “Cobra has won”? 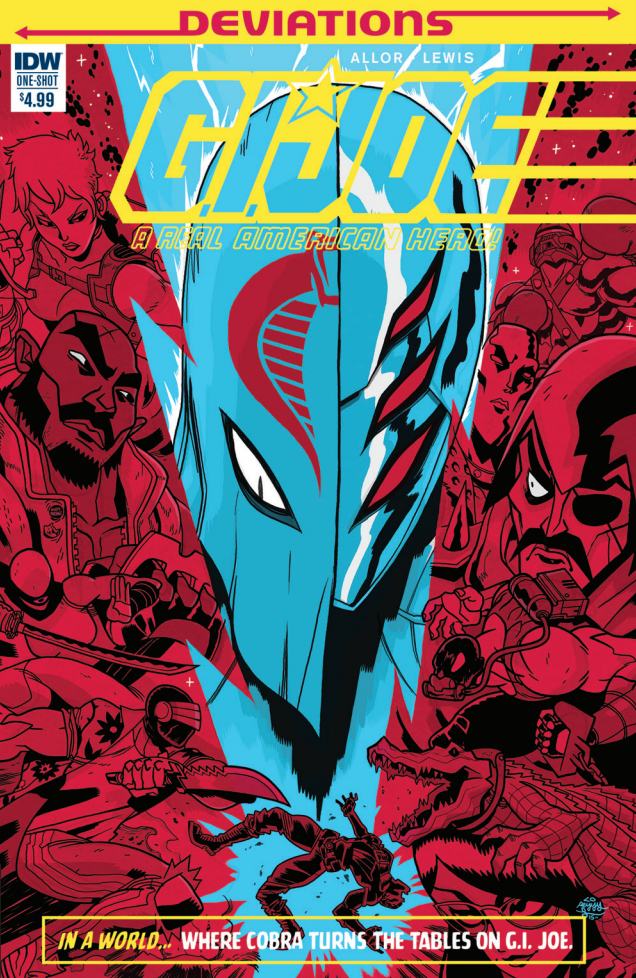 Paul Allor: Well, I was given the overall Deviations concept, and then asked to pitch a story where the timeline deviated at some point. So I took a considered and sober look at the GI Joe timeline, analyzed the different pressure points, made a chart of every key moment, and then was all like “Cobra rules the world and Cobra Commander is MISERABLE about it, hahahahahahhahahahah high fives all around!”

AL: What does a world were Cobra has won look like politically? Without G.I. Joe to stop them are we talking global domination?

PA: Complete and total domination. Every aspect of life is controlled by Cobra. Which sounds like everything Cobra Commander ever wanted, but now he’s realizing that in order to rule the world, you have to… rule the world. Cobra Commander is no longer the guy who’s blowing up a dam and flooding a town. Instead he’s the guy making sure the dam is secure, and that funding is available for maintenance and repairs.

AL: What is the state of G.I. Joe in Deviations? Is the organization completely splintered and fractured? 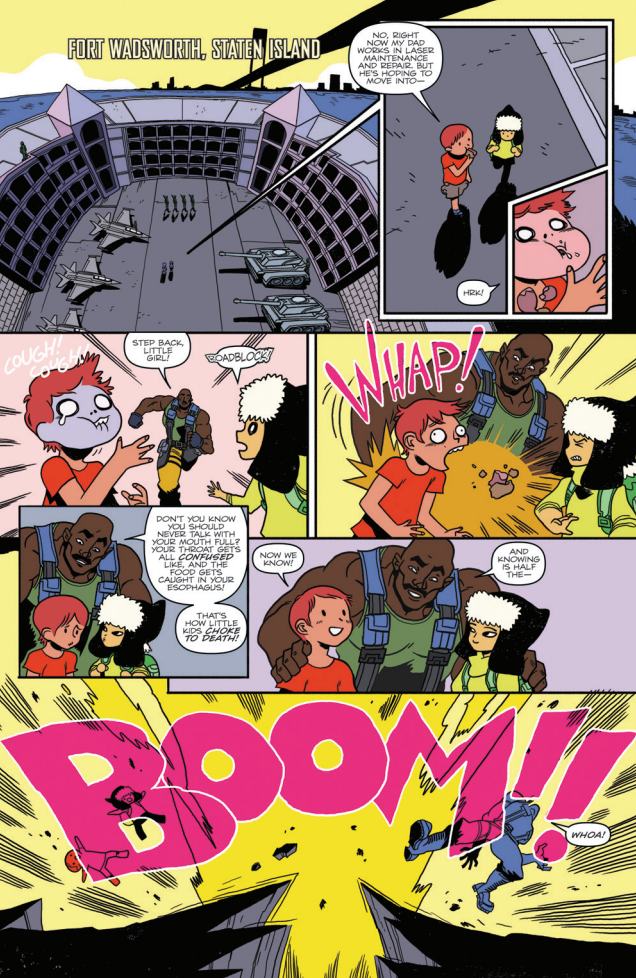 PA: I mean, the remainders of GI Joe are hiding out behind the Jumbotron in Times Square, and Snake Eyes is wearing a Hawaiian shirt and workout pants, so yeah, pretty fractured.

AL: Both Cobra and G.I. Joe feature huge rosters of characters. Did either of you have a list of “must have” characters that you wanted to appear in Deviations?

PA: I wanted to write Baroness and Destro as overworked parents. Other than that, I was good. The cast we ended up with is delightfully diverse, and was the result of discussions and brainstorming with Corey and editor Carlos Guzman.

Corey Lewis: I was happy to hear that Roadblock and Scarlett were basically the two leads, and Snake Eyes is always welcome. I wanted to include a couple characters from the 80’s animated Joe movie, such as Jinx the ninja and Nemesis Enforcer, the huge bat-winged dude. I also worked in a random T’Jbang cameo. I don’t know if T’Jbang is EVER referenced in modern Joe lore, but he was one of my favorite action figures from the “Ninja Force” line. Sadly, he meets a pretty gruesome fate in the comic– sorry bro! 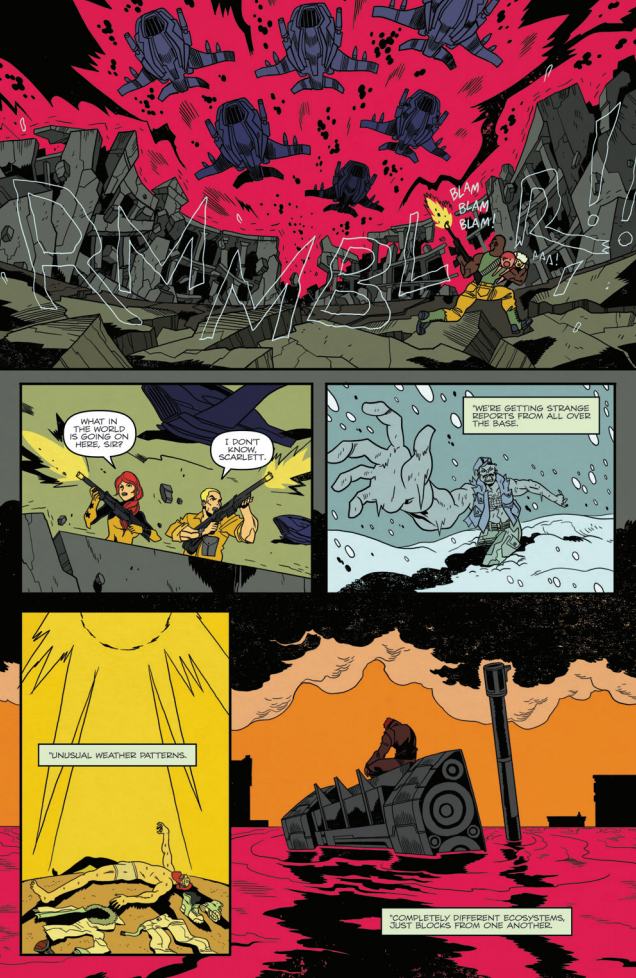 AL: Corey, can you discuss your character designs for the victorious Cobra? Is working in an alternate future a fun challenge from a design perspective?

CL: I wanted to go more wild with a lot of the Cobra, but due to time restraints, I pretty much only got to really spice up Cobra Commander. But I’m pretty excited with the final product. Basically it came down to, “Which version of Cobra Commander’s masks do I go with, hood or chrome face?” I decided to go with a mix of both. Half hood, half chrome face, with several eyes kind of harkening back to his mutated state, again from the 80’s Joe animated movie. I really loved that movie ha ha.

AL: If you had to sum up G.I. Joe: Deviations with a single sentence, what would it be?

G.I. Joe: Deviations is in stores tomorrow (03/23) from IDW Publishing.