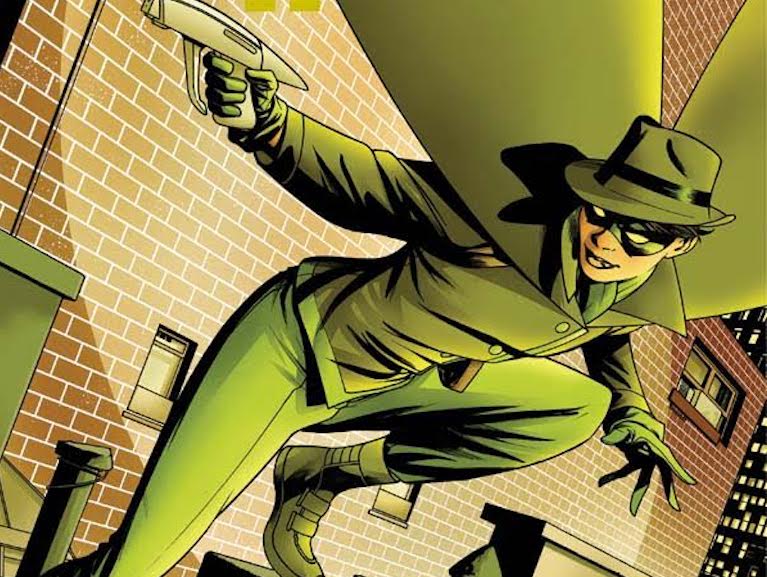 For more than 80 years the Green Hornet has appeared on the radio, TV, in the movies and in the pages of comic books. He has spent his career protecting the people of Century City with the help of his sidekick Kato. Now it is time for the mantle of the Green Hornet to be passed on to Kato’s daughter Mulan. Just as the character of the Green Hornet has evolved over the years so has the creators of the series been passed from writer to writer. Now the honor has been given to the very talented Amy Chu.

Amy began years ago by self publishing her own comics and has since moved on to writing titles like Red Sonja, KISS, and Poison Ivy. I was given the opportunity to learn from Amy some of her thought process for updating the Green Hornet and the writing of Mulan’s story. 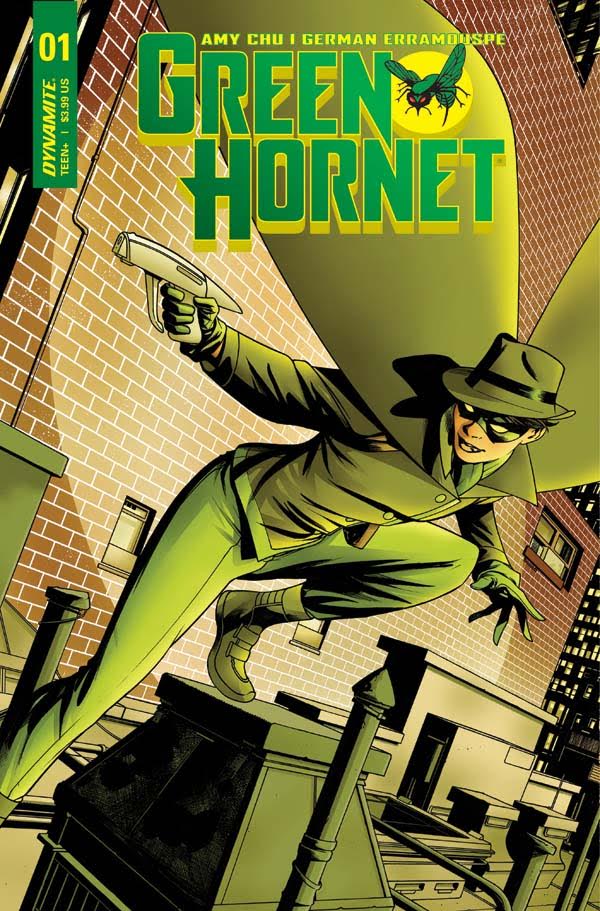 Chris Campbell: You have been given the opportunity to add to a legacy that has been around for more than 80 years. How does it feel to be able to add your name to a list of so many other storytellers that have tackled this hero over the years?

Amy Chu: Whoa, if you put it like that, it’s a little overwhelming. I mean, Green Hornet is older than Batman, Superman, just about every current character, except I think Dick Tracy. I just want to do a good job and get the new readership that the character deserves.

CC: You have created a strong pulp/noir look in this Green Hornet book. Why was it important to bring in this mood when writing the book? What other aspects of the Green Hornet have you focused on in this iteration?

AC: Well really, German Erramouspe created the look. I just felt that we needed some noir and nostalgia back in the title, and thankfully he agreed. I think the Green Hornet has had some fun, campy moments in the past, but I think we need to bring some of the original early Green Hornet back into the picture. 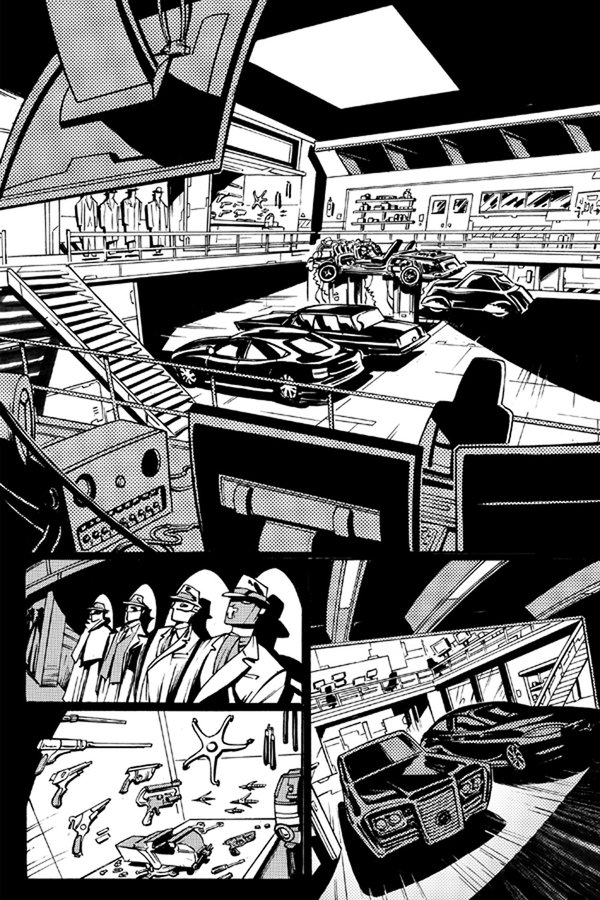 CC: What are some things that you have done to modernize the story?

AC: I’m bringing in new characters, new settings. I look to the evolution of the James Bond franchise as a model. Figure out the core aspects of what makes the Green Hornet great, and ditch the stuff that hasn’t aged so well. It’s a work in progress, of course.

CC: Is the Green Hornet something that your family was a fan of in any of its previous iterations? What do they think about you working on this new version?

AC: My parents are from Hong Kong where the TV show was wildly popular because of Bruce Lee. I think they are excited, except I’m not sure they really understand what it is that I do…

CC: You learned a lot on your own in the beginning, as well as self publishing your own books. Are you putting some of yourself into the character of Mulan, as she is tackling an enormous task as well?

AC: I think every writer puts a little of themselves in every character they write, consciously or not. There’s a little of me in Ant-Man and even in Foolkiller. But I would say I put more of myself into Poison Ivy and maybe Red Sonja than any other character I’ve written to date. Mulan is actually very tricky for me to write, because even though we are both Asian American, we are very, very different as people. And Kato is nothing like my dad, by the way…

CC: Where do you plan to take Mulan from here? In what areas does she need to grow as she takes on the mantle of a hero?

AC: My plan is to flesh out her character more, as I did with Poison Ivy. With Britt Jr. gone, she has no idea what it’s like to take on that responsibility of being the Green Hornet, but also the hardship of being a villain to the public and not reaping the benefits of being a hero. Like being an undercover agent, your intent is not to deceive, but it’s a necessary part of the job. 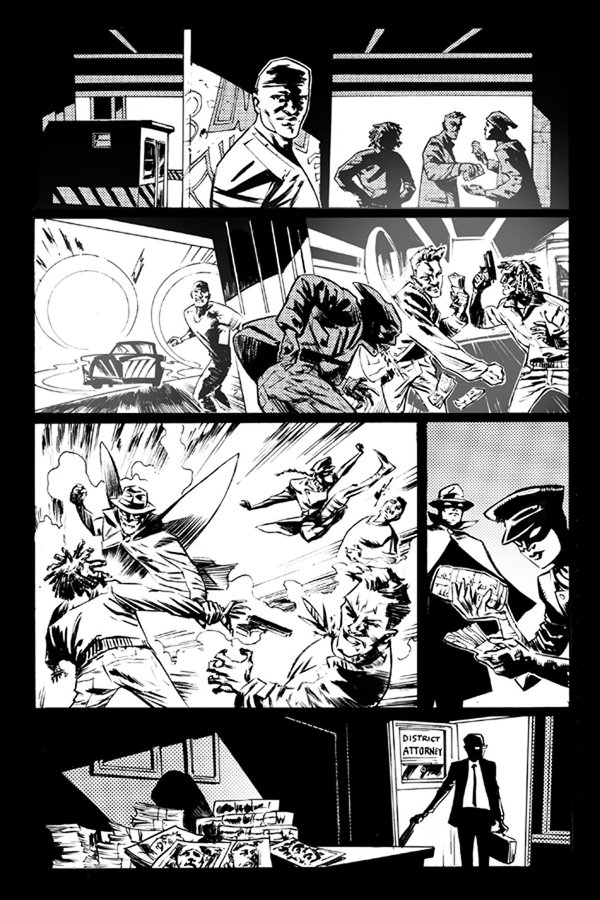 CC: You have said that you really enjoy the martial arts aspect of the story. How do you write the scenes that have a lot of action in them? Do you provide your collaborators with detailed descriptions of the scene, or do you just let them come up with it on their own?

AC: I try to sketch out the framework of how I see the scene, but German is free to interpret as he does. I share a lot of videos with him so he gets the idea of what I’m thinking. I just sent over some videos for World Wushu Champion Jade Xu. Of course it’s a challenge to interpret these moves into a static medium like comics, but that’s where your imagination kicks in!

CC: You have had the chance to write for some other characters that have been around for decades as well, like Red Sonja and Dejah Thoris. Are the characters from this era a favorite of yours, or has it just worked out this way?

AC: They were certainly on my bucket list to write, but I think it’s less about how long they’ve been around, and more about, “What can I bring to this particular story?” I’m really looking for characters where I think I can add value as a writer. Does that make sense? Some characters I click more with than others. I would have had a harder time writing Harley Quinn than Poison Ivy, for example. I think I could do a Deadshot story, but I would click more with Killer Croc. 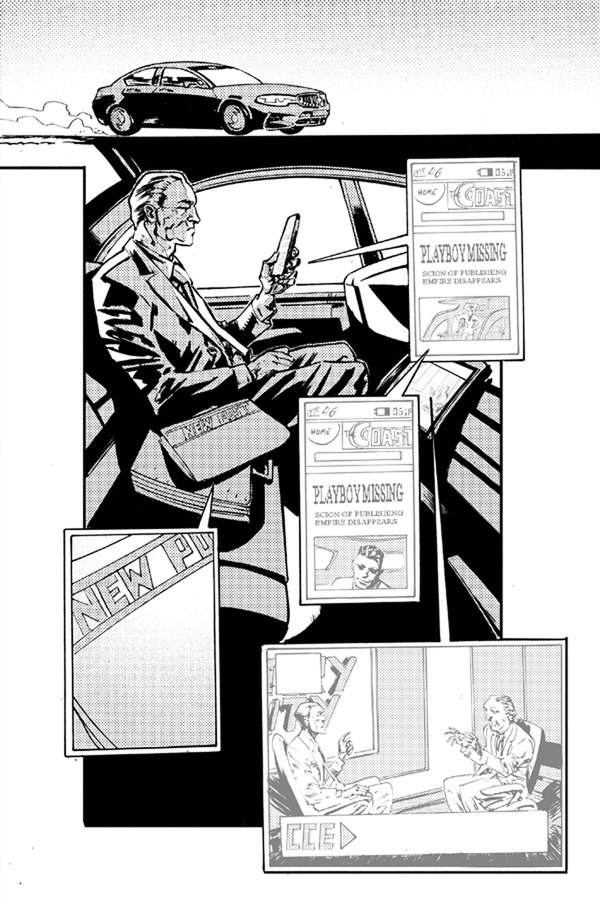 CC: Do you prefer working with something of your own creation, or do you enjoy writing for established franchises more?

AC: Honestly, they are very different with different challenges, and I enjoy both. Maybe established franchises a little more at the moment, because there’s an additional pressure and incentive to do well with characters and worlds that people love. Creator-owned stuff, it’s such a big world out there. You could noodle on an idea for years and it goes nowhere.

CC: For new writers trying to break into the industry or considering giving it a shot, what piece of advice can you give them that you wish you had known?

AC: I wish I had known comics writing is really more about visual composing and choreography than writing great prose. Great prose is awesome, but does not make a great comic if you don’t understand pacing, page turns, and page layouts. Also, I know a lot of people say this, but just do it and make your own comic, regardless whether you think you can. I honestly didn’t think I could write until people read the comic I wrote and really liked it. (And by people, I mean NOT my immediate family and friends.)

Look for Amy’s writing and the adventures of Mulan as The Green Hornet this March 2018 from Dynamite Comics.