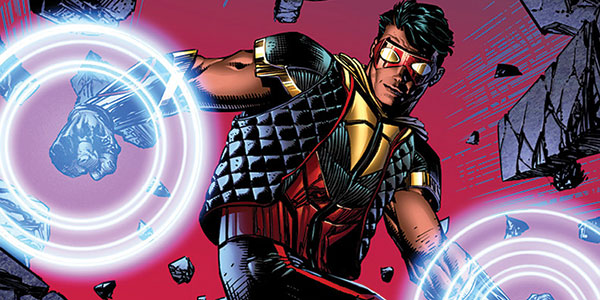 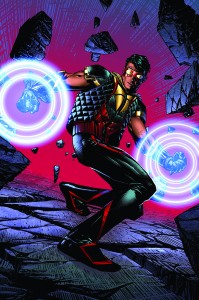 With DC’s Trinity War looming, 2013 is going to be a big year for the Justice League, but no character is getting as big a boost from these events like Vibe! Created in the early 1980s and long considered a standard super-hero punch line, Paco Ramone begins life anew with series writer Andrew Kreisberg (executive producer of the Arrow television series, writer of Batman Confidential) in the new ongoing series Justice League of America’s Vibe. Kreisberg generously took time out of his busy schedule to speak with us about the upcoming book and share why he thinks Vibe is going to be the next big thing for DC Comics!

Matt Santori: Thanks for your time today, Andrew, and congratulations on the new series! Can you talk a little bit about how you were approached for this assignment and how the series began to develop in the halls of DC?

Andrew Kreisberg: Yes, Geoff Johns approached me about it. Geoff and I have been working together for years on various projects. The first time he brought it up to me was when we were up in Vancouver working on the pilot for Arrow. He told me about everything moving forward with Justice League and the creation of the Justice League of America. He said he was going to try to get everyone to get on board with a Vibe book.

The funny part is, I felt like I owed Vibe one. One of the episodes of Justice League Unlimited I wrote was the Booster Gold episode, in which the Justice League stops a bad guy — not realizing that Booster Gold is off saving the world and no one appreciates Booster for it. I said, “Who’s the hero who could have taken down this bad guy that would make Booster feel really bad?” And everybody said to me, “Oh, pick Vibe. He’s the worst super-hero ever.” So, this is my karmic retribution. I need to make Vibe worthy again. Geoff and I started spit-balling ideas and we both just really got into it and were really excited.

MSG: What unique place do you feel Vibe occupies in the DC Universe?

AK: Vibe’s sort of different from every hero that exists right now in the DC Universe, in the sense that a lot of the heroes are almost gods in a way. Superman and Wonder Woman, Martian Manhunter and even the ones who are from Earth — their powers are beyond imagination. Vibe is just a teenage kid who gets thrust into this world and in a way he’s a fan of these super-heroes. He worships them. Then he suddenly gets powers and is told to go fight with them. He’s a more down-to-earth, relatable character than we’ve seen in the DC Universe in a while, and I think that makes him really exciting. Given the grand plans DC has for the Justice League and the Justice League of America book, to have a Vibe book bring the audience close up to a character they can really see themselves in is really exciting.

MSG: Vibe was one of the first, if not the very first, DC super-heroes of Latino origin. How large a role will Cisco “Paco” Ramone’s heritage and family play in his ongoing adventures?

AK: It’s definitely there. We try to put in as much as we can, but it’s not exactly our mission to put it too front and center. It’s definitely part of who he is, and we’ll see him with his family. We’ll see the way they relate to each other and the way they live, but we’re not trying to make it more than it is.

MSG: You’ve mentioned briefly that classic Justice League Detroit mainstays Gypsy and Dale Gunn would play some part in the series. Were you a fan of the original Justice League of America title when Aquaman relocated the team, and how does that particular history affect the way you are approaching Vibe?

AK: Honestly, that wasn’t the book I was into at the time, so some of this stuff is very new to me. But that’s what makes it exciting for me. Most of my focus reading comic books when I was younger was much more on Batman, Superman and the Teen Titans. The New Teen Titans was my all-time favorite book, and “The Judas Contract” [New Teen Titans #38-45] was my all-time favorite run. So, that’s even exciting for me to “do research” and dig into these characters. I don’t necessarily feel like I’m going over old hat or fixing mistakes on things that I think should have been done differently.

Dale obviously plays a huge part in this, and so will Gypsy. The coolest thing about the book is that it ties directly into — and is the companion book to — Justice League of America and the Justice League book. They really are one giant story, but it’s not just an adjunct. Vibe is its own world, its own complete book that you can enjoy on its own. 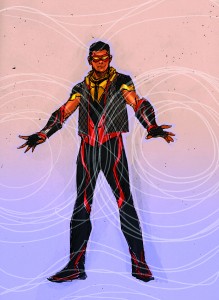 MSG: Will Vibe be striking out on his own, with a unique set of opponents, or will he primarily be functioning as part of the Justice League of America?

AK: He’ll be working with the Justice League in the JLA book, but on his own in his own book. One of the amazing things about Geoff Johns is he said right away that what we really need to do is create a franchise for Vibe. The best books and characters have a franchise. It’s not just that you’re out there as a super-hero, punching villains. Batman is the protector of Gotham and Green Lantern is an intergalactic space cop. We asked, what can we do for Vibe so that he’s not just out there punching people in the face?

We came up with the idea that, since Darkseid’s invasion began in Detroit [Justice League #1-6], this is where they punch through from Apokolips. Detroit’s entire area is the weakest link between our dimension and all the other dimensions of the Multiverse. Cisco says at one point that it’s kind of ironic, given his Hispanic heritage, that he grew up to become a border cop. Because that’s really what he is: an inter-dimensional border cop, protecting our dimension from illegal incursions from other dimensions.

One of the new powers we’ve given him, in addition to the powers that he’s always had — being able to use sonic vibrations as weapons — is to be able to sense when things shouldn’t be here, target and hone in on them. In a way, he’s a human Geiger counter for extra-dimensional aliens, as it were.

MSG: How has the collaboration been going with artist Pete Woods on the series? What kinds of discussions have you had about Vibe’s look, villains, or environment?

AK: Pete is so unbelievably talented and I am such a fan of his that I would almost be embarrassed to say, “Well, OK, here’s what I think.” The truth of the matter is, he had a real vision for what the look of the book should be. It’s just been thrilling and every time I get a page, it’s so exciting to see it come to life.

I’ve been really blessed with all the comic book work that I’ve done and the people I’ve worked with, like Scott McDaniel. You write something, get it back and it’s so much better and looks so much cooler than you ever thought it could be. That’s definitely been my experience with Pete. Most of our communications have just been me saying, “Thank you! Thank you! Thank you!” I hope the fans love the art as much as we do, because it’s a thrilling book.

MSG: Any last words or special teases you can share with the Comicosity audience about February’s first issue?

AK: Whatever your preconceived notions about Vibe are, throw them away. In the same way that Geoff totally reinterpreted Booster Gold and brought him into the 21st century we’re hoping to do the same thing with Vibe. He’s somebody who’s been around for a long time, but this is really the new him. I would just jump in on the ground floor, because it’s going to be a great book and tie in so nicely with everything else going on in the DC Universe.

MSG: Thanks so much for all your hard work on the upcoming book, as well as the Arrow series! 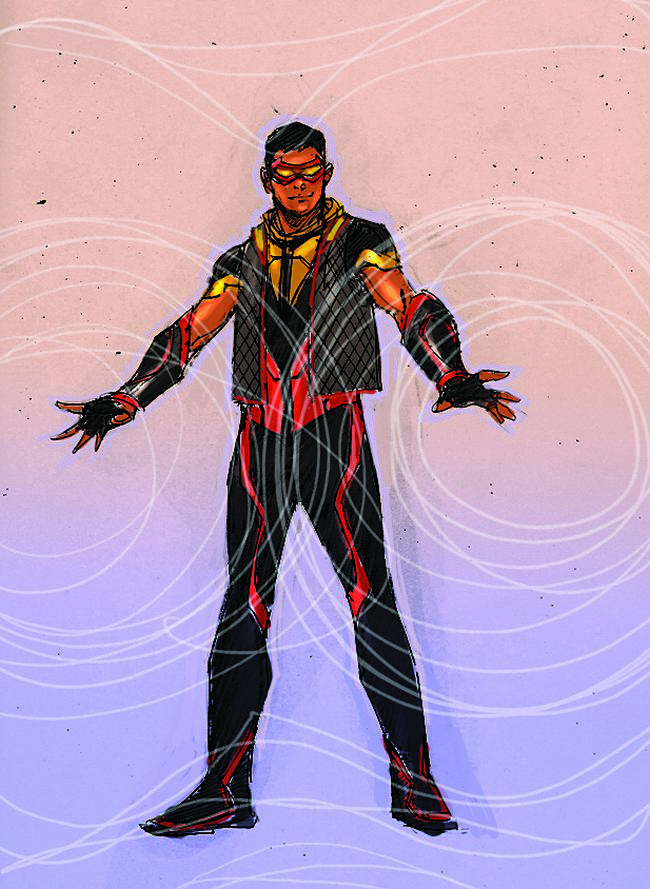 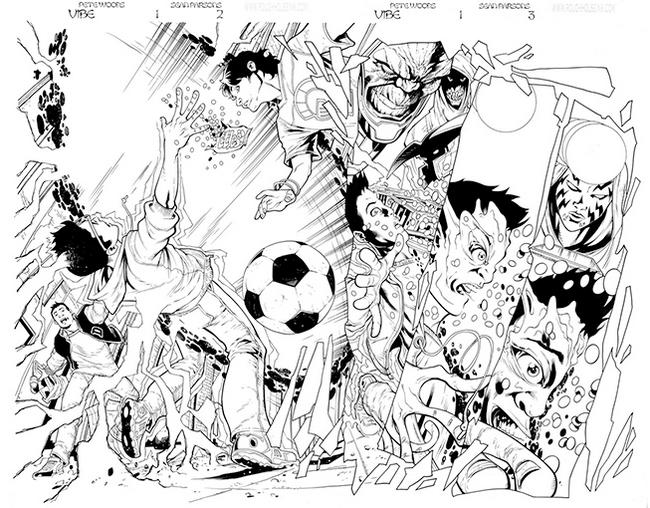 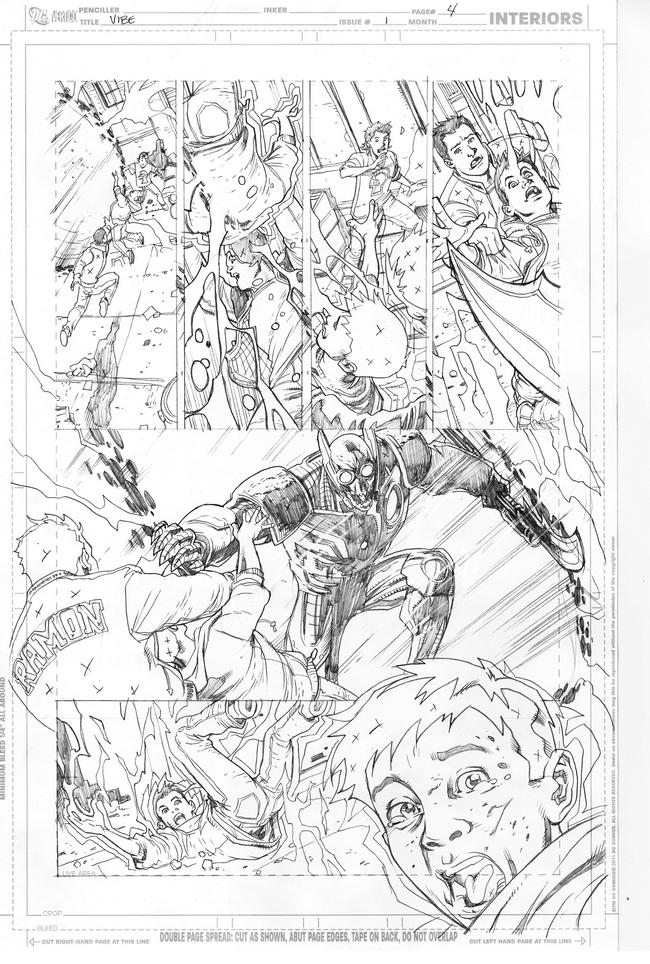