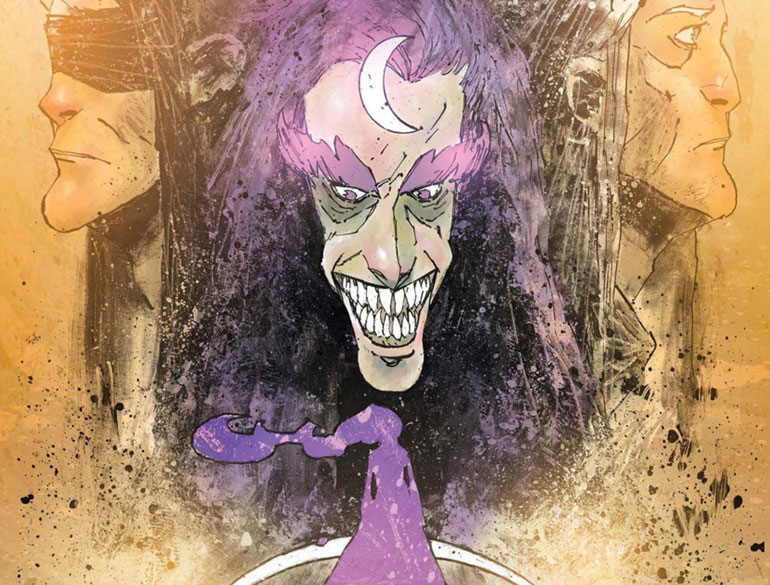 Step into a fleshed out world of dark fantasy, from the creators of Wasteland! Umbral is written by Antony Johnston and penciled by Christopher Mitten, and the first arc hits stores this Wednesday, May 28, 2014. Johnston was kind enough to take time discuss Umbral, what readers will find in the first volume and what is coming in volume 2!

Aaron Long: Thank you for taking time to talk Umbral! The first trade hits stores Wednesday, but let’s head back to the beginning. Can you discuss how Umbral came to be? 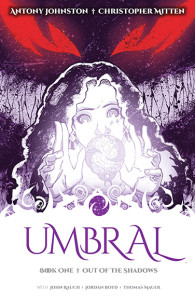 Antony Johnston: UMBRAL came about simply because I wanted to make something new with Chris Mitten, my WASTELAND co-creator; and luckily for me, the feeling was mutual. So we talked around a few ideas, mainly thinking about genre, and what Chris enjoyed drawing.

As it happens, both Chris and I are big fans of THE DARK CRYSTAL, and dark fantasy stuff in general, and I knew it was an area where his imagination could run wild, as well as one I’d enjoy writing. So we figured we could do something good in the genre.

AL: Straight from the architect’s mouth: for readers who haven’t read Umbral, how would you describe the series and world it is set in?

AJ: UMBRAL is a new dark fantasy by me and Chris Mitten, with whom I previously created WASTELAND. It’s the story of Rascal, a young thief who breaks into the royal palace to steal a precious jewel but ends up witnessing the horrific murder of the king and queen in a dark magic ritual…!

Turns out that Rascal has stumbled upon a stealth invasion by the Umbral, shadow creatures that everyone thought were just a legend. But the Umbral are very real, very dangerous… and now Rascal holds the key to stopping them.

AL: A big part of Umbral is the world you have created for the series to take place in. Is world building of this kind of scale a daunting task, or one you love attacking head on? 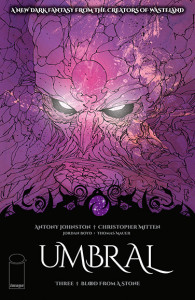 AJ: Oh, I love it. Hell, you only have to look at the three ongoing series I’ve created — UMBRAL, WASTELAND, and THE FUSE — to see that worldbuilding is very much My Thing.

That doesn’t mean it’s not daunting, because it is. But it’s a challenge I relish, and have done for many years. It’s one of the things that first attracted me to pen-and-paper RPGs back in the ’80s; I loved being the DM, and building worlds for my friends’ characters to have adventures in. I guess writing these kind of stories is a logical extent of that, and one I hope other people get a blast out of, too.

AL: Rascal is a character with moxie to spare. Can you discuss who she is and what her goals are in Umbral?

AJ: Rascal is the closest thing in UMBRAL to a classic reluctant hero — she doesn’t actually want to be a hero, or the centre of attention, and really wishes someone else had been saddled with this shit. But she’s also selfish, cynical, and suspicious, which I think makes for an interesting lead character. Especially as she’s a young girl, not a muscle-bound sword-fighter.

Of course, what Rascal doesn’t realise is that these are actually perfect traits for someone in her position — you just know that she’ll try to do the right thing. She might fail, she might make the wrong decision, and she’ll definitely complain while she’s doing it. But once she understands the stakes, she won’t turn her back on it. 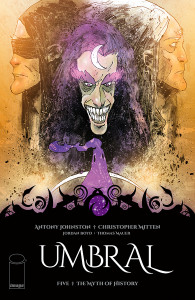 AJ: No, we didn’t plan it this way at all — Chris had been off WASTELAND for a couple of years before we started talking about creating a new series (although he’s now returned for the final story arc).

I think the day-to-day aspects of the collaboration have been fairly similar; even before we started UMBRAL, Chris and I had made more than 750 pages of comics together, so our working relationship was pretty well established. We fell back into it very quickly.

Where the work really differs is in my own approach to each series. WASTELAND was mostly Chris drawing what I wanted to see; UMBRAL is mostly me writing what Chris wants to draw.

AL: Umbral vol. 1 drops on Wednesday. For readers who fly through the volume, when will the next single issue be dropping?

AJ: Issue #7, “Killing the Sunrise”, goes on sale in July. That’s the start of Book Two, THE DARK PATH, which will take our unlikely heroes through the ‘Bulaswode’: a strange, misty forest full of dangers and weird creatures, including the deadly Wodelings and their fearsome beasts, the Silvar.

Rascal will have to face her past, and battle against a sense of hopelessness. Dalone’s own past will return to literally haunt his nightmares. As for Shayim and Munty… well, they’ve got their own secrets to worry about.

By the end of it, none of them — especially Rascal — will ever be the same again. Would you expect anything less?

AL: Any final words for Comicosity’s readers regarding Umbral?

AJ: If you’re already reading UMBRAL, on behalf of the whole team — thank you.

If you haven’t read UMBRAL yet, but you’re planning to pick up the first collection — thank you, too, and we hope you enjoy it.

And if you’re on the fence, how about this — you can try UMBRAL for free! The first issue is now free at the Image Comics website, and from Wednesday it’ll also be free at Comixology. So give our weird dark fantasy adventure a whirl — and if you like it, well, you know what to do next…!