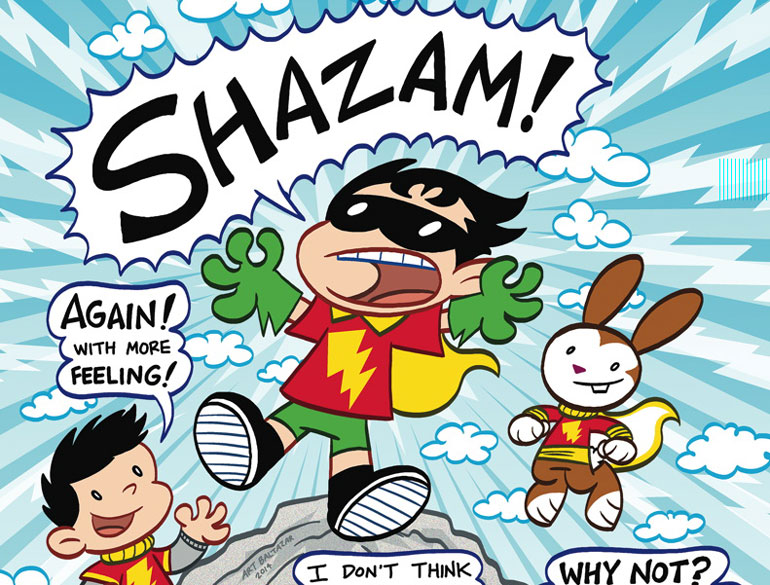 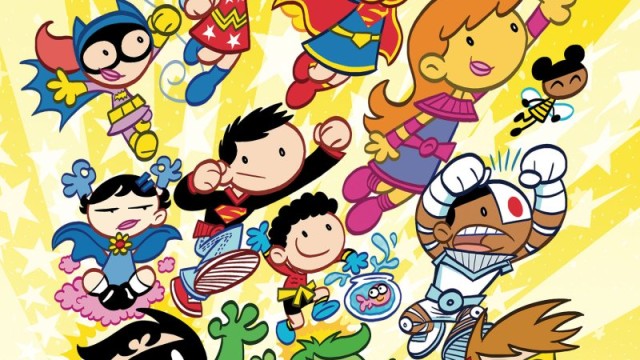 Few all-ages comic books on the market today have such universal appeal like the run that Art and Franco did on Tiny Titans. Spanning 50 issues, the original series brought in every conceivable character from the Teen Titans Universe and made us fall in love every single issue. Now, the team is back in Tiny Titans: Return to the Treehouse, and we sat down with Art Baltazar and Franco Aureliani to find out more about where the kids are going next!

Matt Santori: Welcome back to the Tiny Titans, gentlemen, and thanks for taking time out to share some of the love!

Franco: AW YEAH! Thanks for having us!

MSG: Tiny Titans is definitely one of DC’s most adored books for both children and adults. Why do you think it’s resonated so strongly with so many people?

FA: That feeling never goes away. If you give any of our books to a kid it brings out those same feelings you had as a kid. They are experiencing now what you felt then when you were reading .

FA: And I think it helps that they are funny too!

MSG: Coming back to the series after a year on Superman Family Adventures, is there a different feel for you to the characters now? In your mind, have they aged at all?

AB: We aged them in Superman and we had to bring them back to their roots in Tiny Titans! It was easy enough because it was like coming back to old friends you haven’t seen in a while.

FA: Yeah, kind of. For me these characters are evergreen.  They always stay the same age and they are always there when you need them.  Just pick up any of their adventures and you’re back home.

MSG: In the first issue, we get a smattering of central characters with Robin, Superboy, Supergirl, Raven, Beast Boy and Terra taking center stage. Can we expect a larger cast throughout the six issues, and how do you go about choosing from all your darlings?

FA: They have an adventure through the whole DC Universe so you can expect to see all different Titans and all different costumed typed people from all over.

MSG: Already with solicits for #2 and #3, we see the Tiny Titans taking a bit of a world tour to reclaim their treehouse, meeting up with Superman and the Shazam Family. What went into deciding to do an overarching plot for you, rather than just individual stories?

AB: We had the six issues so we wanted to do as much as possible with what the DC Universe is, with the time we had.

FA: Yeah, we knew right away that we would do an overarching story and bring in as much as possible!  We love these characters and putting them in here is our way of showing that!

MSG: The super-pets are, of course, a major feature of this first issue, as well as stars of their own prolific series of books. How is writing and drawing them alongside their human pals different than when they are the central characters? Will we be seeing any others in upcoming months?

AB: Well, Super-pets are a given! They exist in all aspects of the DC Universe. They go together like cheese and crackers, peanut butter and jelly!  I’ve always been a fan of Krypto so it was cool to include him in Superman Family Adventures and it’s cool to keep it as one story/universe.

FA: We both have pets so it’s a part of our daily loves and honestly, what kid doesn’t love animals?

MSG: Any special teases for upcoming issues past Tiny Titans #2 that you can share with the Comicosity audience?

AB: If you’re a boy it’s forbidden to stand on the ground in Paradise Island and Cyborg has some cool connections to the Justice League.

FA: Well, if people dig these six issues I want to say that there may be more Tiny Titans in the future!  Make your voices heard and you never know what might happen!

The second issue of Tiny Titans: Return to the Treehouse arrives in comic shops and online everywhere next Wednesday, July 2! AW YEAH!