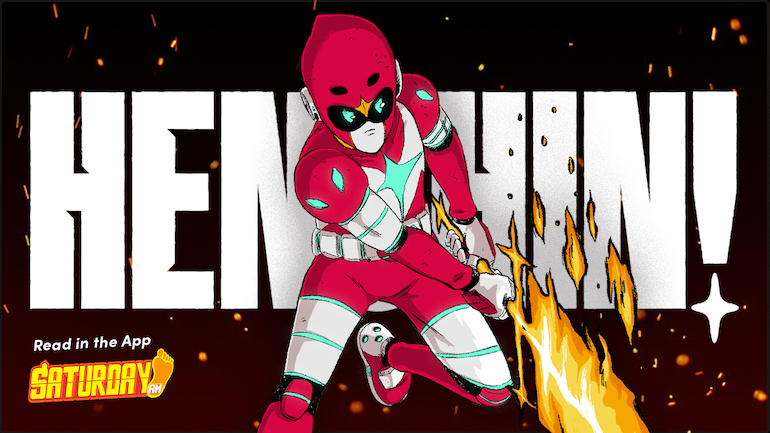 Power Rangers’ larger meta-brand, Super Sentai, has been airing in Japan since the 1970s, and it’s still ongoing. It’s inspired people all across the world, including artist Bon Idle. Today, he is the author of the manga series Henshin, which he describes as “Power Rangers meets Riverdale.”

Comicosity spoke with Idle about how he got started in comics, and how he has worked to include a diverse cast of characters, including an gay protagonist, in his series. 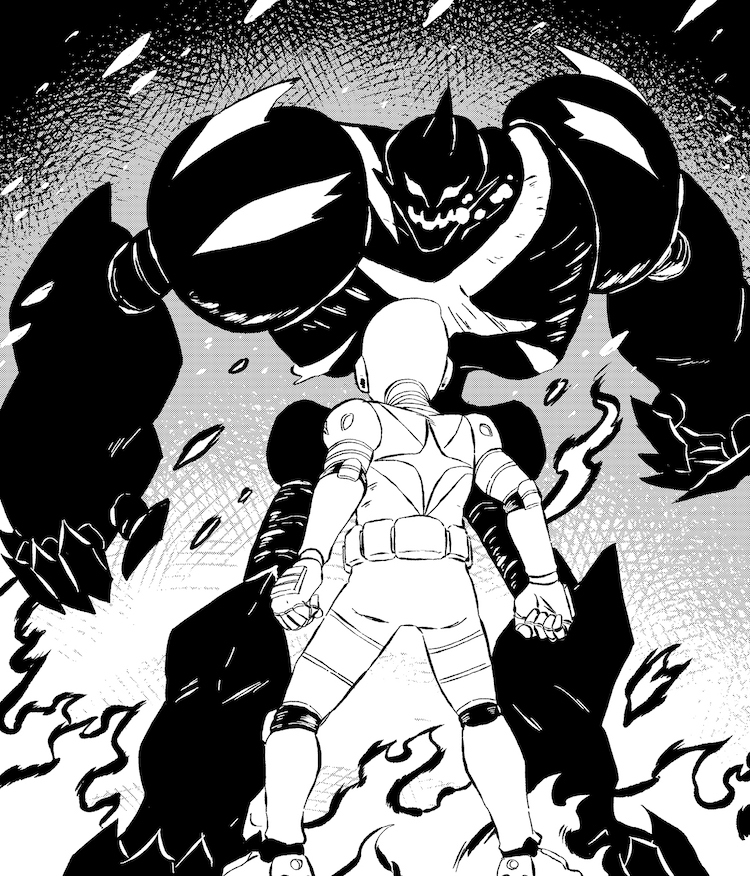 The Japanese term tokusatsu literally translates to “special effects,” and refers to live action works that make heavy use of special effects. Idle said the term is most commonly associated with works like Godzilla and the Kamen Rider:“There’s a litany of tokusatsu shows and movies. And there are town mascots that are Super Sentai-style costumed heroes. It’s an incredibly broad and diverse genre, but there are definitely common tropes and hallmarks.”

While tokusatsu is a genre, Super Sentai is actually a collection of series which began in the ‘70s, beginning with Himitsu Sentai Gorenger. The meta-series has continued since then, and is currently airing the 45th Super Sentai show, Kikai Sentai Zenkaiger. Idle described these as typically featuring a team of “five spandex-clad, colorful heroes that have their own robots, that then combine to fight monsters of the week.” 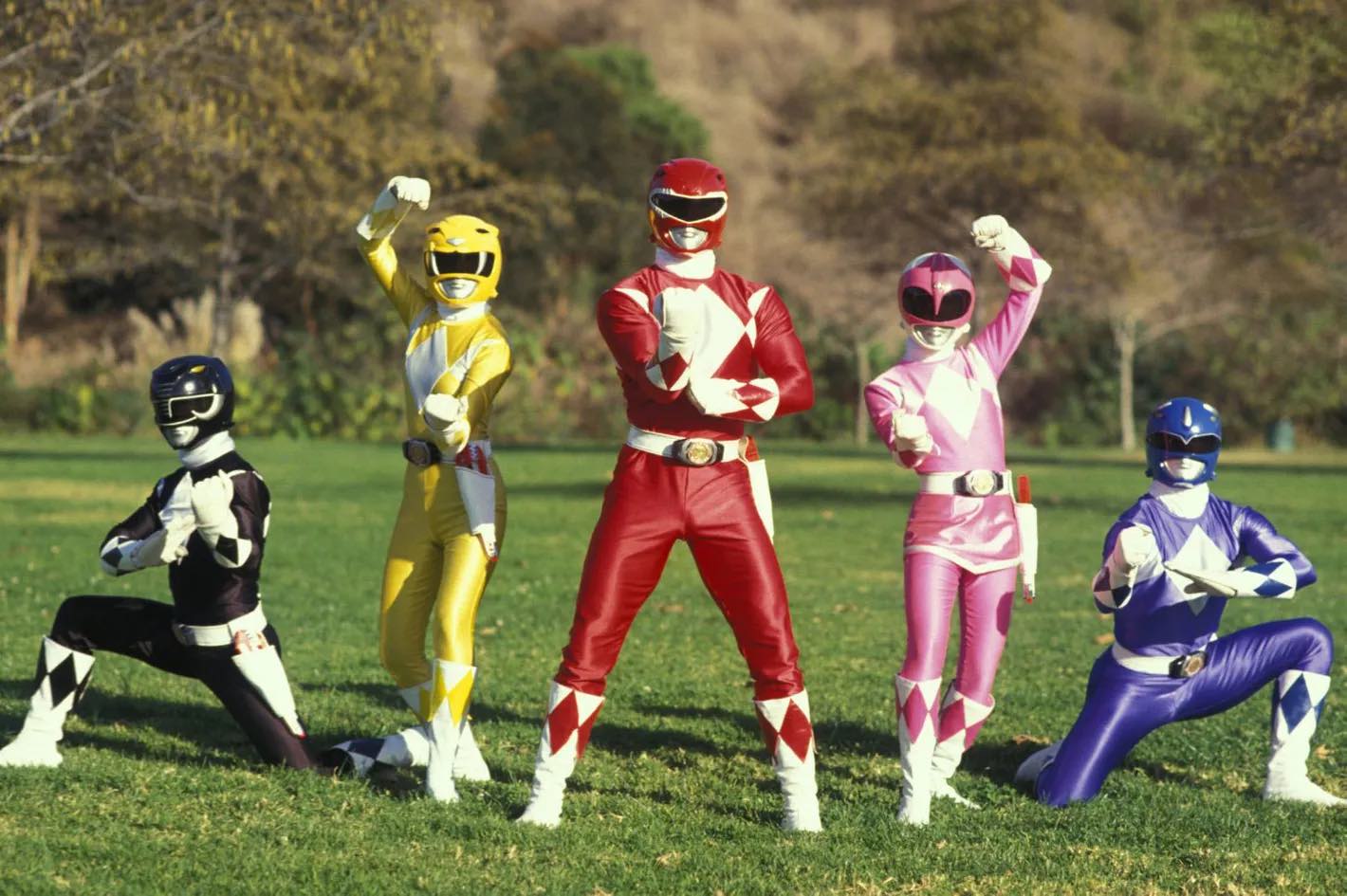 In 1993, Saban Entertainment licensed the rights to the Sentai series Kyōryū Sentai Zyuranger. Instead of simply dubbing the Japanese series, Idle explained, Saban kept the fight sequences, costumes, and other elements from the original show, but cut around it and filmed new out-of-costume scenes with American actors and storylines, and released it as Mighty Morphin Power Rangers.

The bizarre cutting/repackaging of the show did have some drawbacks. “When you go back and watch some of the early Mighty Morphin Power Rangers, it’s kind of incomprehensible. It’s really hard to follow as an adult, because you try to find the plot, and there isn’t really a lot there,” Idle said. “Because the writers were churning these episodes out, and writing around existing Japanese footage. When you’re a kid, you don’t care. It’s great. It’s amazing. And it doesn’t matter if it doesn’t make sense.” 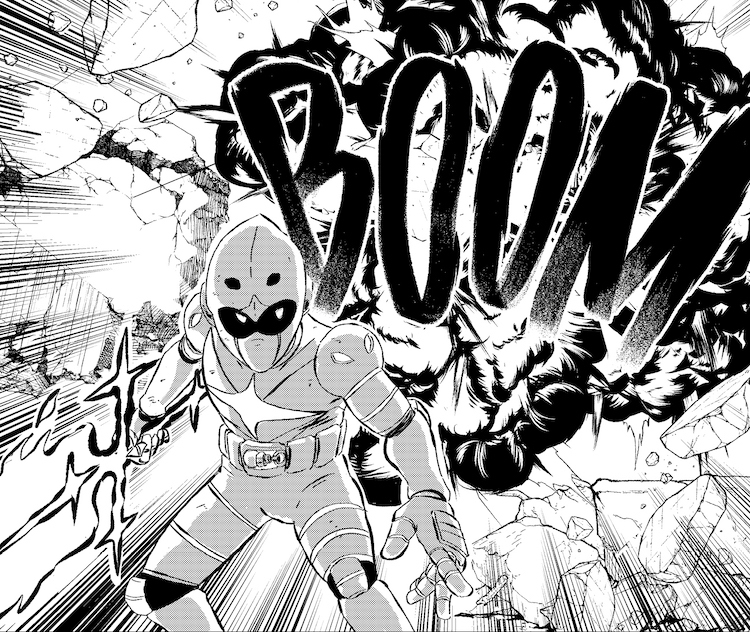 Idle was only a few years old when Mighty Morphin Power Rangers first aired in the United Kingdom, but he still remembers watching it, as well as the other series that came out over the next few years. Idle said even as most of his friends grew out of Power Rangers, he still remained aware of the series, and thankfully had a younger brother he could use as an excuse to watch new episodes.

He also remembers being exposed to Toonami at an early age. Cartoon Network’s anime block was, for many, the first time they were exposed to Japanese animation. Idle said Toonami was the other inspiration for his comic, Henshin. “The Toonami block on Cartoon Network had Dragon Ball Z, Gundam Wing, and I remember seeing them as a kid and going, This isn’t like other cartoons. These are special.”

Idle began to draw when he was still in school. He said, “I kept getting predicted really good grades, which I rarely achieved, but I ended up in gifted and talented classes.” As a result, he said he was surrounded by “cool, clever people,” and he began to use drawing as a way to relate to them. “I was a kid who watched anime and drew stuff, so that’s what I did. And it was one of those things that all the kids seemed to respond to.”  While it remained a hobby, Idle recalls other kids would come to him with art requests.

“I remember, when I was at school, I’d buy notebooks, and during class when I probably should have been listening and doing work, I would be there scribbling a comic… I’d fill notebooks with these stories, and I’d make them up as I went along,” he explained. 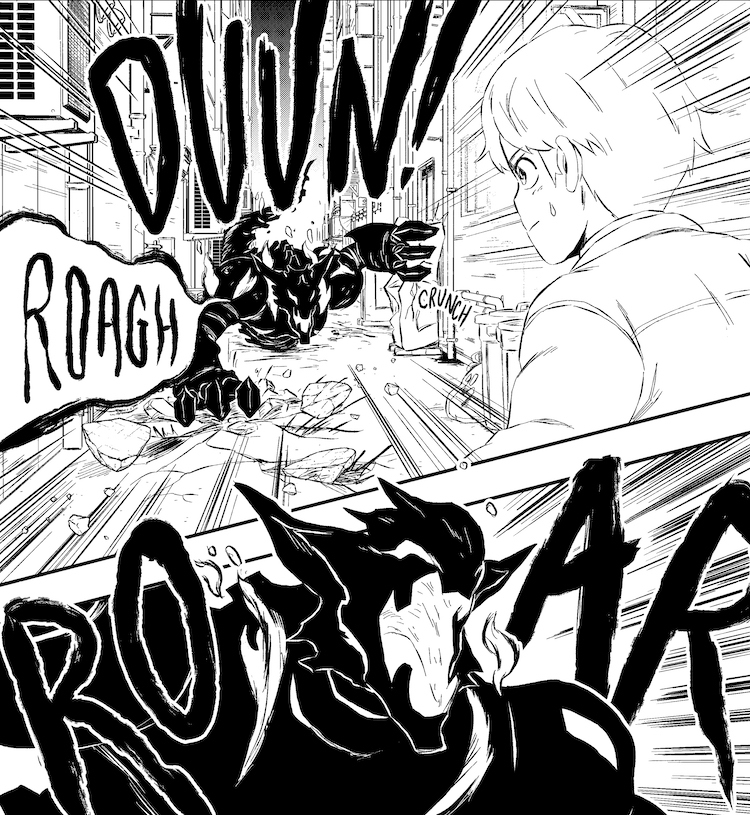 It wasn’t until university that Idle considered art as a career. During the day, Idle works as a graphic designer. “In graphic design, one of the things that we do is communicate ideas, which, when you break it down, is the same kind of thing as telling a story. It’s telling a message. But telling stories is something I’ve always enjoyed,” he said. “So making comics and sharing them just felt like the kind of natural combination of that.”

It was from this mix of Toonami. Power Rangers, and a desire to tell stories that Henshin was created. Bon had been aware of the SaturdayAM brand for some time, and had followed several of its artists and authors on Instagram. He said he had just finished his second comic, Sword Hunt, and had begun sketching out and posting some ideas for Henshin on social media, when a representative for SaturdayAM approached him: “They were looking for a new series to launch this new magazine, Saturday Brunch.”

The original concept was different from Henshin’s final iteration. Idle explained the original Henshin was going to be a single, zine comic, not a series. When he began sketching out the idea, the main character was a salaryman who got Super Sentai style powers, and was going to be goofy and silly. But after being picked up for publication, the story was retooled for serialization. From there, the story “grew and changed.” Now, Idle describes the series as following a group of heroes defending the world from monsters.

One of the things that’s notable about Henshin is that the protagonist, Alex, is a gay man. Additionally, Idle said the extended cast will be “primarily LGBTQI.” He said, “it is my attempt to try to represent the world I see around me, in a genre that very often doesn’t [represent people].”

“My goal was to have a hero who fits the kind of archetypes of classic manga heroes – someone who brave, who wants to help other people, but who happens to be gay,” Idle explained. “That is not his whole character. I think very often in media, we see stories that feature LGBTQI characters fall into three categories: there’s either the story about being LGBTQI, or it’s a kind of queerbaiting, or it’s blink and you’ll miss it side characters who happen to be gay,” Idle continued. “I think it’s rare to see stories with characters that just are LGBTQI, and that’s not their whole character. That’s something I wanted to do with this series, and it’s something I will continue to do. My goal is to represent the diversity that I see all around me in the real world, both in their sexuality, gender identity, but also in their race, ethnicity and culture. I want to have a well-rounded cast of characters who are representative, but not performative.” 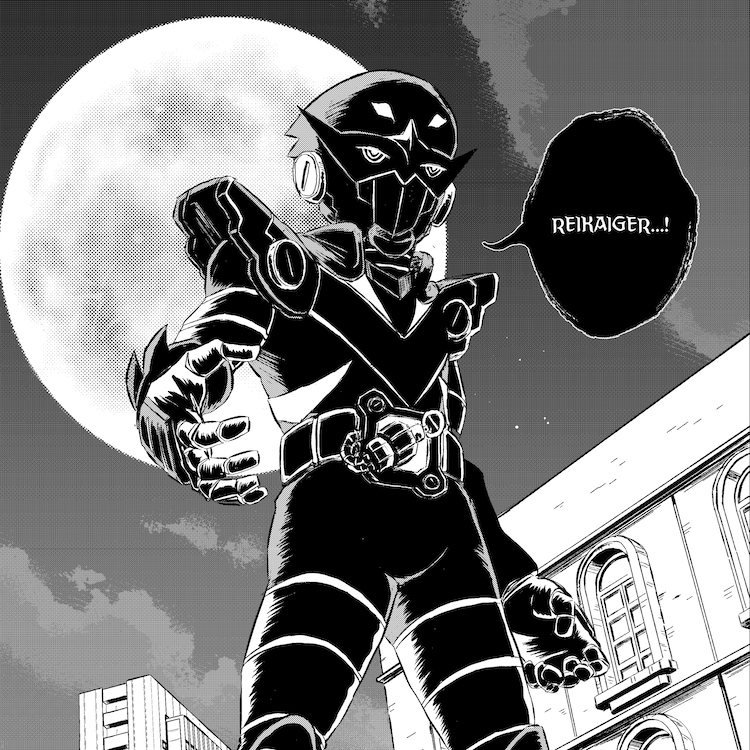 Idle said he hopes highlighting the diversity of the characters will help people discover the series, but ultimately he hopes that people will continue read Henshin because of the interesting characters and a good story.

Since Henshin is released quarterly, rather than every week like some Shouen Jump comics, Idle said,“Each chapter needs to feel fulfilling and worthwhile, but there’s got to be a little something that makes you want to come back. If you have a chapter where nothing happened, and you’re releasing quarterly, that means by the time you might get to the payoff or the resolution for something setup, that could be 6 to 9 months.” He described it as a “balancing act, especially in a series like Henshin, which has mysteries and a kind of conspiracies at the heart of it. So there needs to be progression from chapter to chapter, but also I can’t give everything away at once.”

As for upcoming chapters, Idle said he is excited for “a broad and diverse cast of hopefully lovable characters, but also more heroes, enemies, and the first real antagonist of the series,” who wears a “dark inverse” of Alex’s costume. “I’m really excited for people to meet him and have some real tokusatsu-style fun.”

Henshin is released quarterly in Saturday Brunch. To keep up with Bon Idle, follow him on social media at @iambonidle.